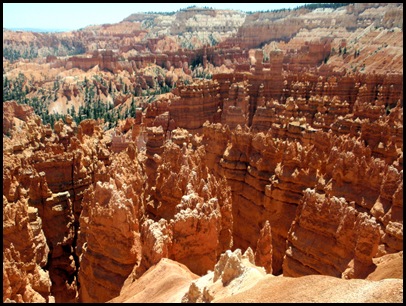 Yesterday we stayed on the Rim Trail for a couple miles to Bryce Point, one of the overlooks you can also drive to. Since we walked towards the south this time, we had a totally different view of the canyon. Jim and Debbie tried to give me a heart attack by going out on this ledge to get their picture taken.  No chains to hold onto, so I wasn’t going! 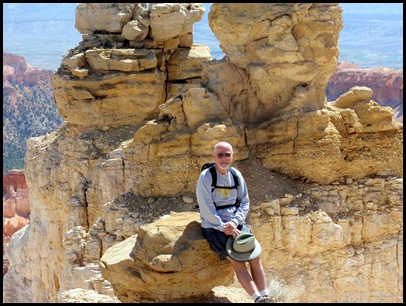 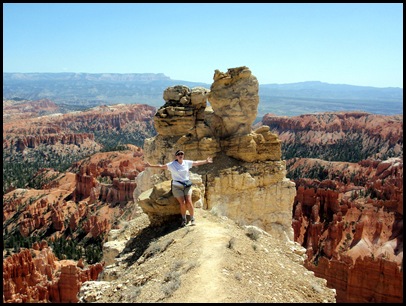 Here is where they were sitting from around the next corner. We couldn’t believe how far apart the rocks really were. The one they were on is on the far left, although it’s kind of hard to see. 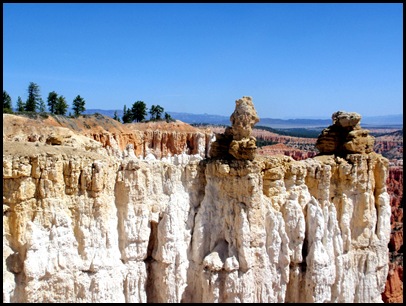 Also took a short ranger-guided hike, and learned many interesting things about the park and it’s history and geology. 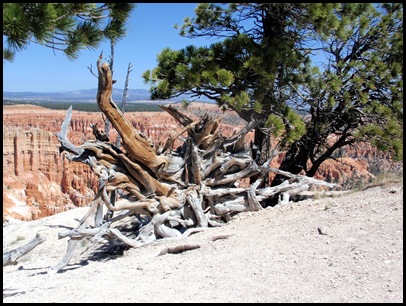 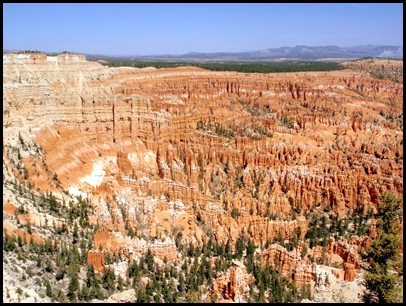 This area  was called the Grotto. 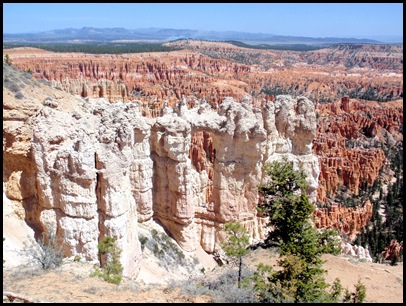 Today we hiked part of the Fairyland Trail down into the canyon again for some different scenery. This trail is a bit north of the others we hiked, and the area looked much different. 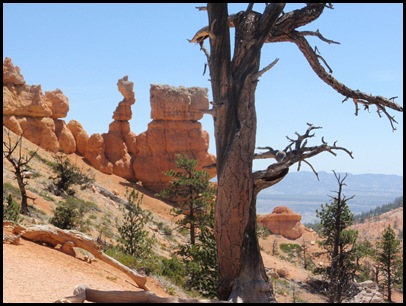 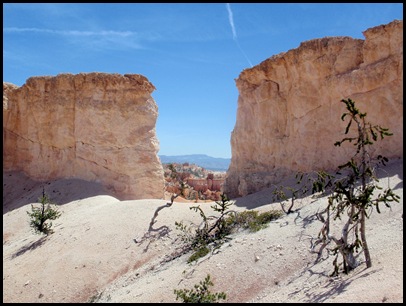 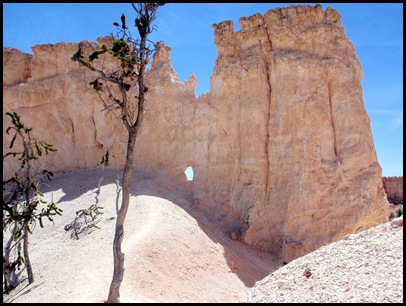 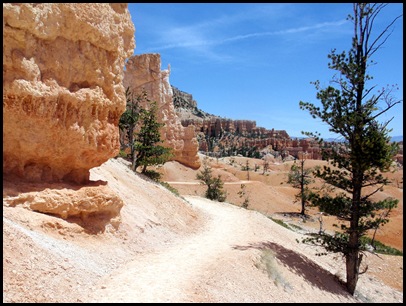 We turned back at this rock formation named Tower Bridge. Many of the hoodoos are named, and we gave some our own names. We never did see Elvis, though. 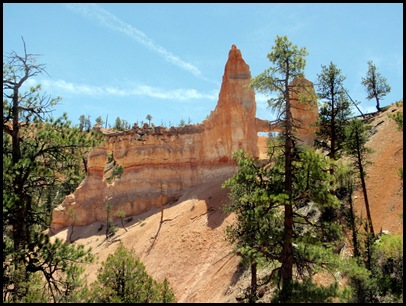 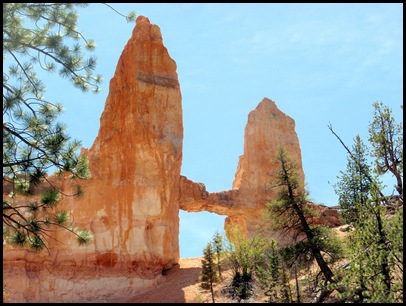 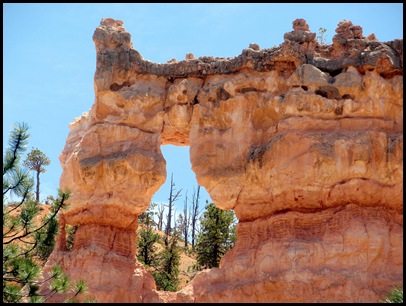 Leaving here tomorrow for Kodachrome Basin State Park. With a name like that, it has to be good!