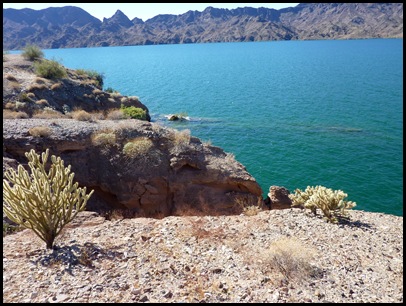 There are lots of opportunities for hiking near Lake Havasu City. Cattail Cove State Park has a nice trail that starts near the campground and goes to a boat-in campsite on the lake. 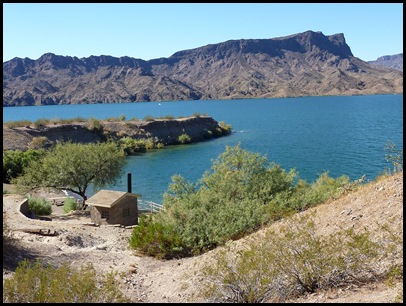 It follows the shoreline along the bluffs, where there are many beautiful coves.That is actually California on the other side of the lake. Lake Havasu was created by a dam on the Colorado River about 10 miles south near Parker. 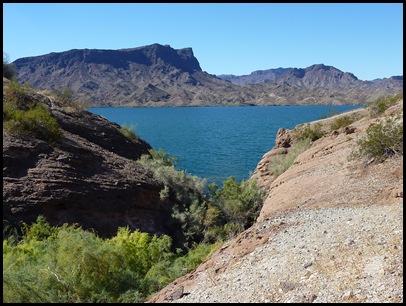 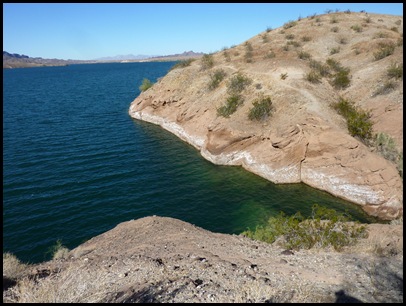 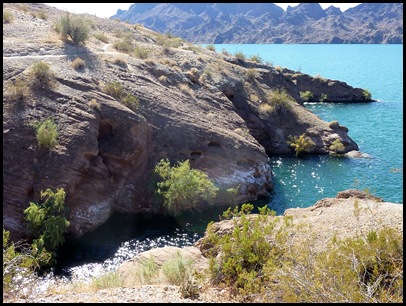 There is also a nice recreation area called SARA Park, just south of Lake Havasu City. We did several hikes there last year, and decided to do “The Crack” again. It’s a short slot canyon, which is accessed by walking about a mile down a big wash. 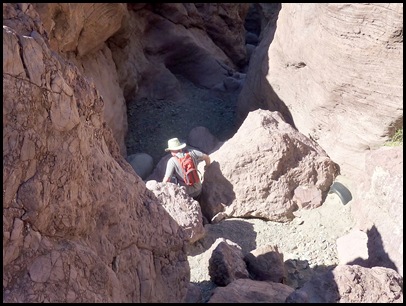 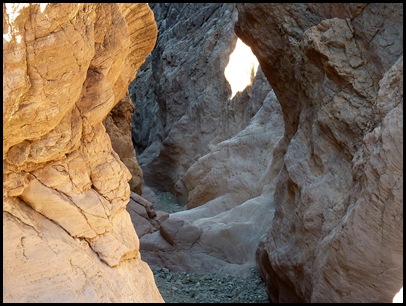 We remembered there was a place we had to slide down on our butts, but it looked like a bigger drop than we recalled.(The trail guide says it’s a 7’ drop.) Jim had visions of broken ankles, so we chickened out and decided to try to scramble up to another trail on a ridge. We probably put ourselves at more risk of falling trying to get up where there was no trail. 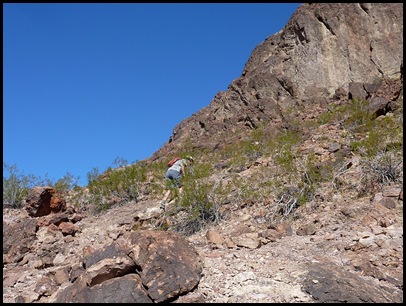 But we made it safely and had a nice view of the lake, and a different route back to the car. 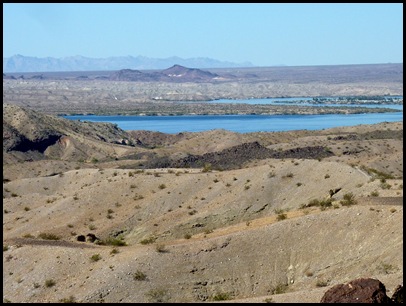 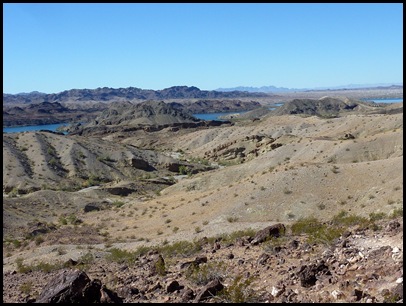