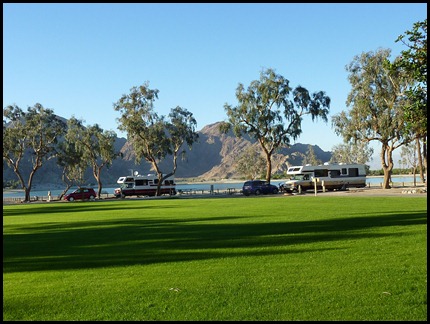 After spending a week here in January, we knew we wanted to come back. So we reserved sites on the lake, and are staying the two week limit. The park is much less crowded than before, but the volunteer said they are fully booked over the Thanksgiving weekend. Glad we made a reservation. This was taken out our living room window as the sun was rising this morning. 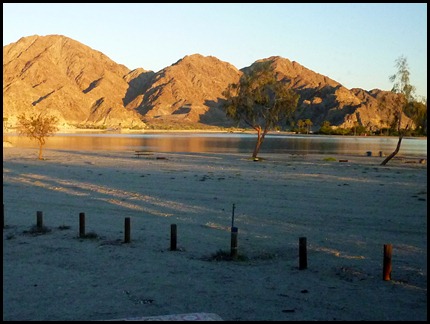 Just after we arrived, Jim was using the Acer computer and the hinge completely broke.This is the same computer that developed a crack in the case when we were here in January. He repaired it with epoxy putty, which has held until now, and he thought about getting a replacement hinge and trying to repair it himself. Since the power button has been finicky for the last couple months, I think we were on borrowed time anyway. Yesterday morning we went computer shopping, and now have a Toshiba Satellite A665, which seems to be a really nice laptop, with an 8 hour rated battery. In real life, people get about 5 hours, which is considerably better than the Acer. Jim has spent a good part of the past two days getting it set up, and still has more to do. Glad he likes that kind of thing.

Yesterday afternoon Debbie and I splurged on a haircut at the Milan Institute of Cosmetology. The students were fairly new, so the instructor ended up doing 90% of my haircut. We were both very pleased with the results, although it took over an hour and a half. What we didn’t realize is that on Monday and Tuesday they had a special, $1.99 for a shampoo and cut. What a bargain! That’s my second time at a beauty college, and I will definitely seek one out again.

This morning Jim and I went for a bike ride around La Quinta where most of the local roads have wide bike lanes. The county park is surrounded by gated, high dollar golf course communities. The landscaping is such a contrast to the natural desert, but we like seeing the grass and flowers. 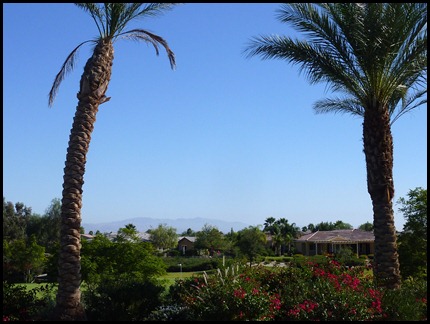 I also put up a hummingbird feeder on a window last night, and they found it fairly early this morning. Hours of entertainment for us and the cats, but not easy to photograph. 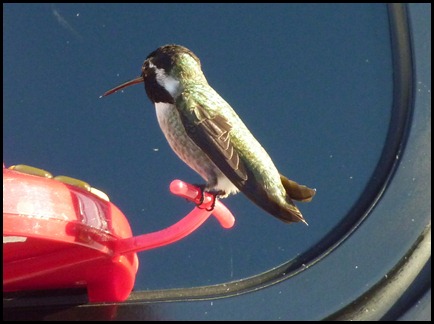 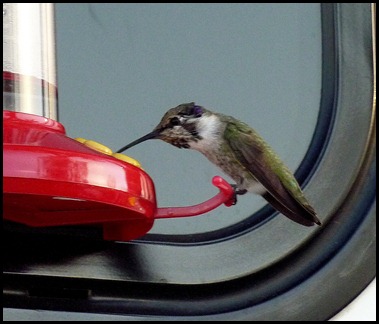