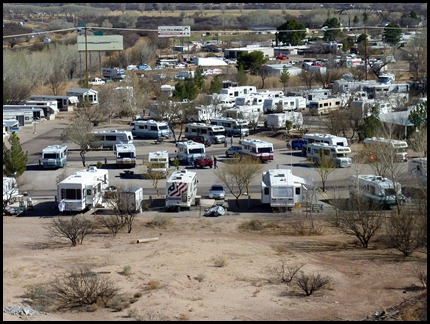 We’ve been at Pato Blanco Lakes RV Resort since Monday, with the Southwest Lazy Daze group. I counted 16 rigs, and we knew all but three of the couples from previous get-togethers, so it’s been a lot of fun. The setting isn’t the greatest, with the RV park being close to I-10 and the railroad tracks, so it is a bit noisy and not very scenic. Also, the town of Benson doesn’t have much to offer.There is a short trail up a hill behind the park, which gave us an even better view of the interstate and RV park. 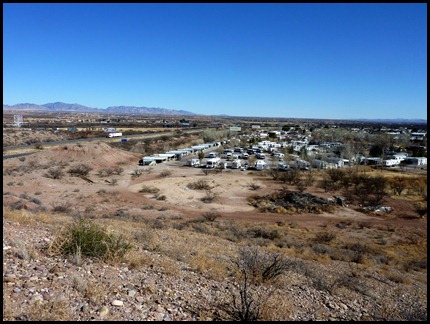 After happy hour hors-d’oeuvres the first night, and a potluck dinner last night, we needed to get some more exercise today. Most of the group went on a cave tour at Kartchner Caverns, but the rest of us took a ride about 20 miles south to the San Pedro Riparian National Conservation Area and the ghost town of Fairbank, which is now managed by the BLM. Along the way we stopped at the Holy Trinity Monastery in St. David and walked along their birding trail. 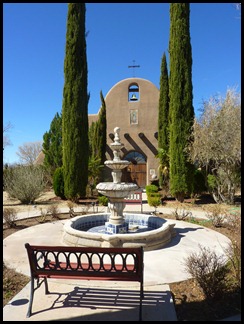 We had a nice 4 mile hike on the San Pedro trail at Fairbank, which was once a bustling town in the late1800’s that served as the nearest train depot to Tombstone and was a major stop for Wells Fargo. There are several old buildings still barely standing, and the old schoolhouse, which has been restored. 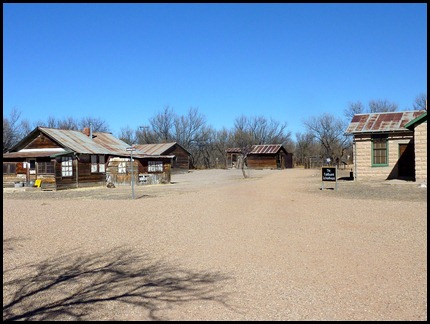 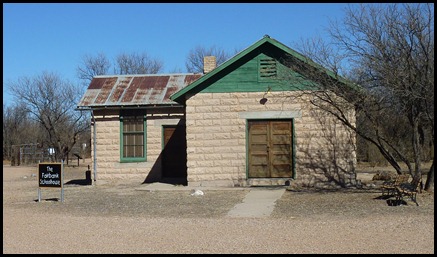 The trail also took us to the old Fairbank cemetery, where there were some strange looking gravesites. 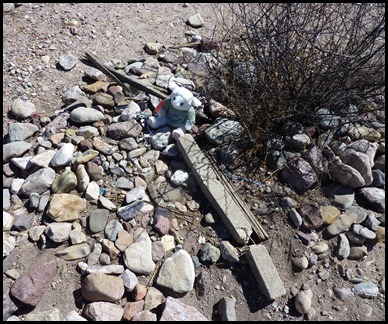 And some strange looking people. From left, Debbie, me, Jim, Chuck, and Carla. (Thanks to Bob from Yuma for taking our picture.) 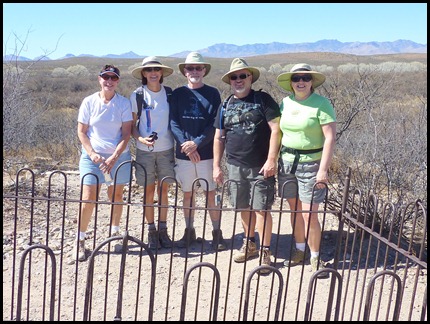 We continued on past the remains of an old silver stamp mill. 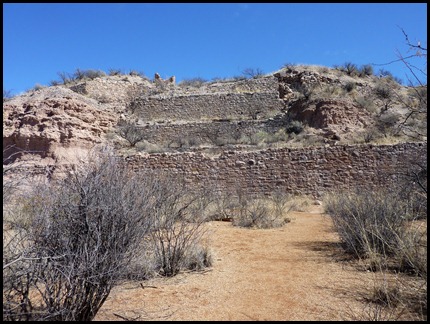 Then we looped back along the San Pedro River, where we found a nice shady spot for lunch. 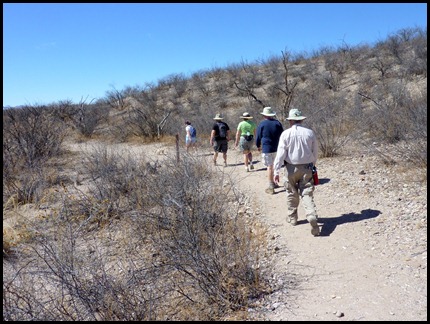 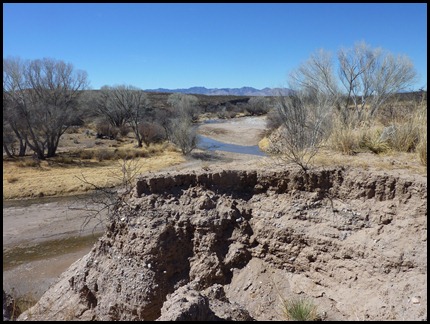 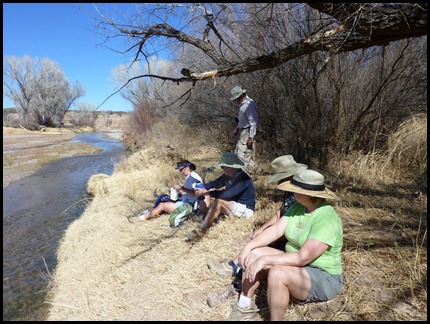 Tomorrow we have a potluck breakfast and another happy hour on the schedule, then everyone is departing on Friday. We haven’t decided where we’re going next, but Jim saw his ophthalmologist in Tucson yesterday and scheduled cataract surgery for the 23rd of this month, so we will be heading back there in a couple weeks. More medical care for Jim. He is becoming very high maintenance!