Mixing It Up: Animas River Trail and Ska Brewing Co 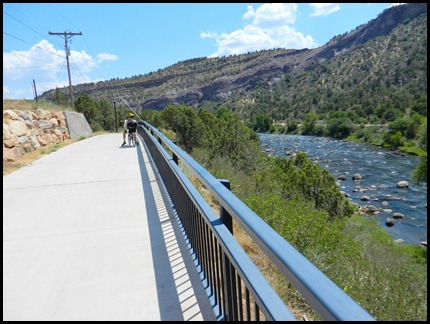 We haven’t stayed anywhere conducive to biking for awhile, so when we saw that Durango had a 7 mile paved trail along the Animas River, we loaded the bikes on the car and drove to the Durango Recreation Center trailhead parking area, just 5 miles from Junction Creek Campground.

The Animas River Trail passes through 12 city parks and crosses 5 bridges and several underpasses, so you never have to get out in traffic. And there are views of the river the entire way. 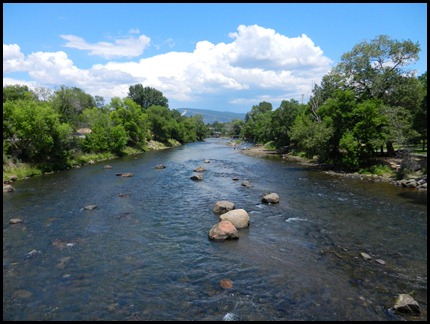 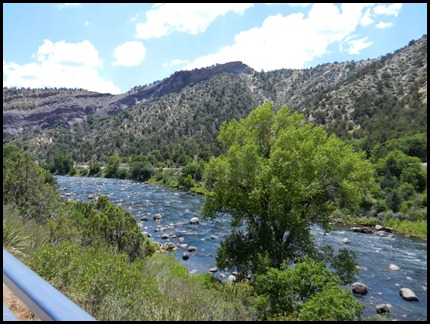 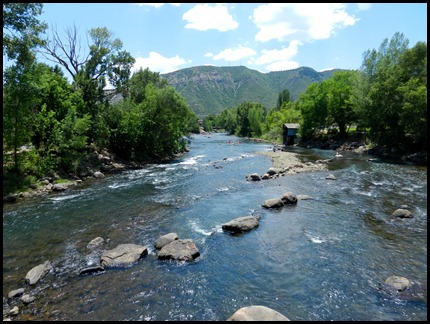 After the ride we went downtown to pick up something at the post office, and since we weren’t far from Ska Brewing Co. and it was almost 4pm and time for the tour, we had to check it out. 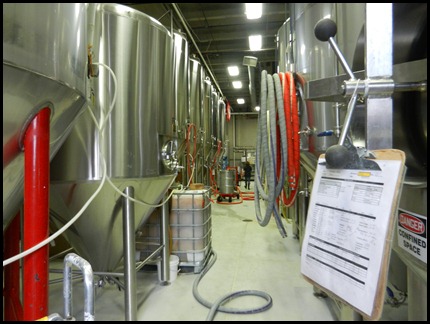 Ska was established in 1995 by a couple of college students and has turned out to be quite a successful venture for them. They employ 50 people, and it looked like a fun place to work. Hey, they get a beer allowance every week depending on the number of hours they work. Nice perk! And vintage Neil Young music was blasting from the speakers. They also had some interesting artwork. 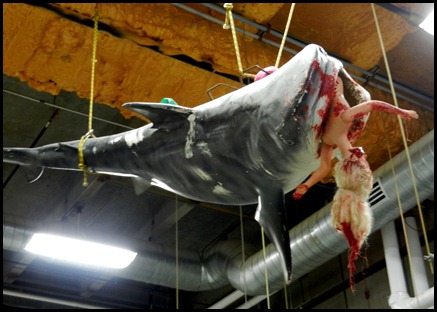 This is the canning area. Ska was the second Colorado brewery (after Coors) to can their beer, although they do have bottled and draft, too. A couple on the tour kept holding up this gnome and taking pictures. One of the employees was nice enough to climb a ladder and place it on top of the cans so they could get another shot. 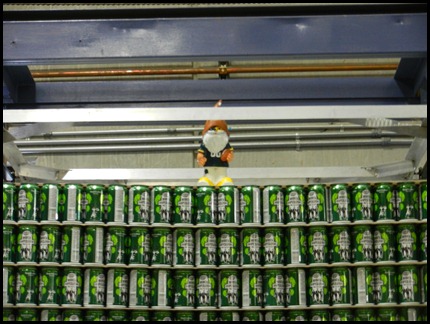 After the cans are filled the tops get set on, then they continue along the line to push them on. 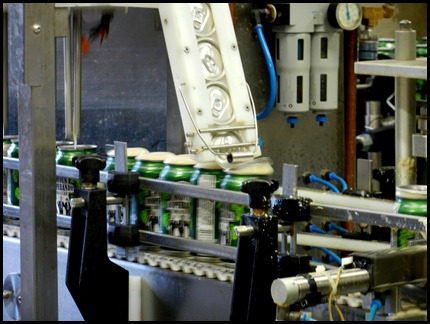 The guy on the line pulled off some cans before the lids were attached and we each got a can. Talk about fresh beer! It was the Modus Hoperandi, a really good IPA. Jim isn’t crazy about IPAs so he gave his away, but I thought it was great. He did sample several others and really liked the Steel Toe Stout, and even bought a couple 6 packs.

It was a fun place. We got to talking to a local sitting next to us at the bar who loves living in Durango, especially since he lives only 2 miles from the brewery. From the banter he had with the bartenders, he obviously spends a lot of time there.

They only have a “tasting room” (bar) but there is an Airstream on the patio that houses Zia Taqueria, so you can get a bite to eat there, too. (That is not me getting tacos, by the way). 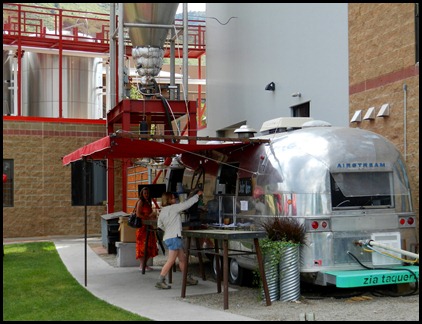 So far we’ve been impressed with Durango’s microbreweries. There are still 2 others we haven’t tried but I’m not sure we’ll make it to them this time. Good excuse to come back sometime, though. We like it here.