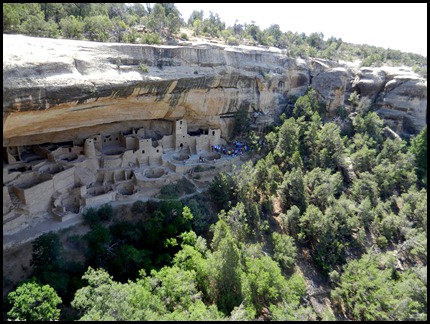 Our tour of Balcony House ran over 10 minutes so we only had about 20 minutes to stop at the restrooms, get to the car, and drive a mile to the 11:30 start of the Cliff Palace tour.

Cliff Palace is the largest cliff dwelling in the park, consisting of 150 rooms, 23 kivas, and is thought to have housed about 100 people. We got a similar lecture from Ranger Paula about how strenuous the 100 ft climb and 5 ladders would be in the heat and altitude. Jim and I drank a bottle of water after the Balcony House tour, so we didn’t carry a bottle with us. She was not happy we didn’t have water but we assured her we just drank and were in good shape. She said those are the ones who “go down”! Good thing we didn’t pass out from heat stroke on the tour. Would have hate to hear “I told you so”. They raise some tough rangers here at Mesa Verde. 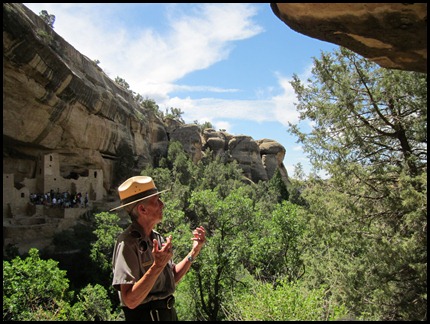 But it was another good tour and we learned more about the dwellings and their residents. At one point there may have been several thousand Puebloans living in pit or above ground houses on the mesa, or in the cliff dwellings in the protected alcoves of the canyon walls.

The ladders on this tour were only 8-10’ high and after Balcony House I was just going up them like they were nothing. The hardest part was the climb out of the canyon on many, many stairs. But we survived the hour without water. 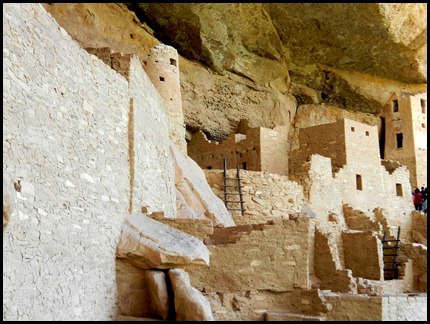 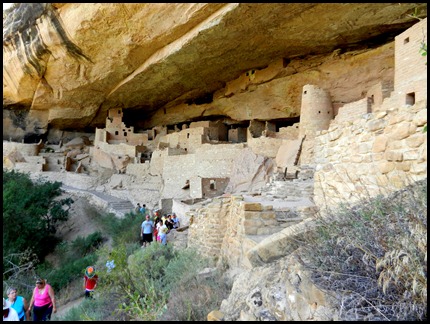 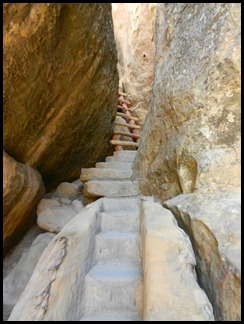 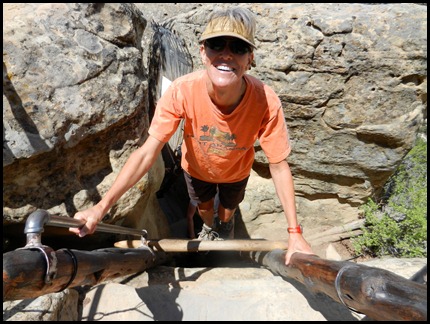 After the tour we found a picnic table in the shade for lunch, then took the 6 mile Mesa Top Loop Road driving tour. There are 12 easily accessible stops along the route, including overlooks of more cliff dwellings and surface dwellings. Don’t leave your binoculars at home like we did. 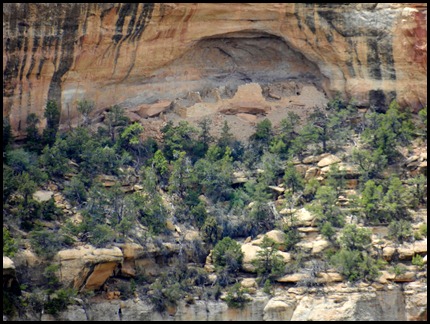 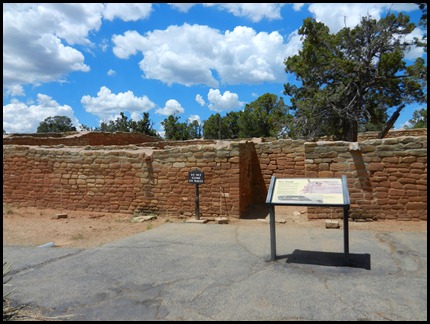 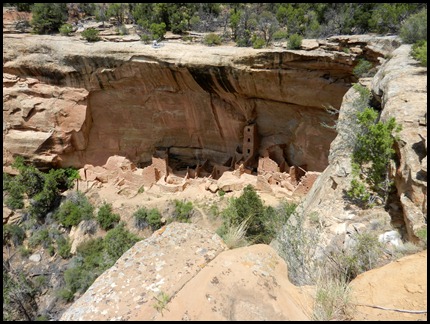 We then stopped at the Chapin Mesa Archeological Museum, with interesting displays about the Ancestral Puebloans, and one more set of ruins, Spruce House, where you can do a half mile self-guided trail. It involved another 100’ descent and ascent but the ancient peoples had it much harder. They entered the dwellings by climbing the rocks using foot and hand holds and ladders. 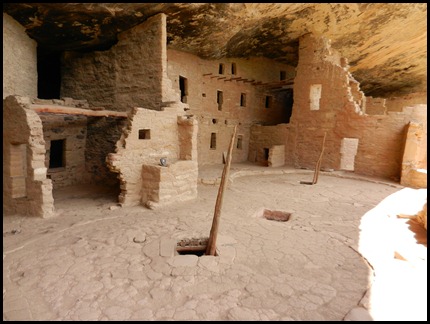 We even got to go down into a kiva that had a reconstructed roof to give us a better idea of what they really were like. It was nice and cool in there. 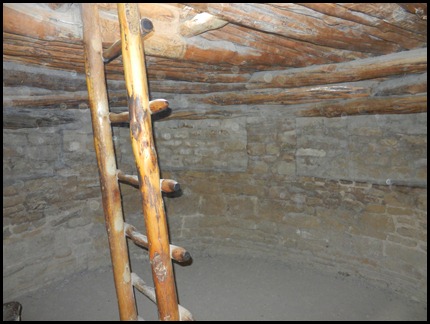 We made one last stop before leaving the park to the fire tower overlook. Beautiful views! 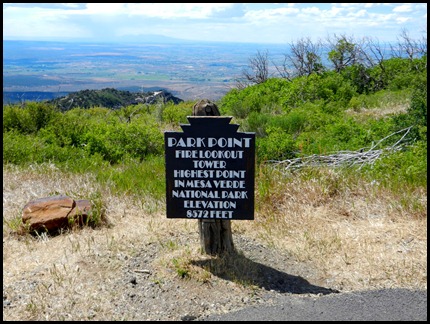 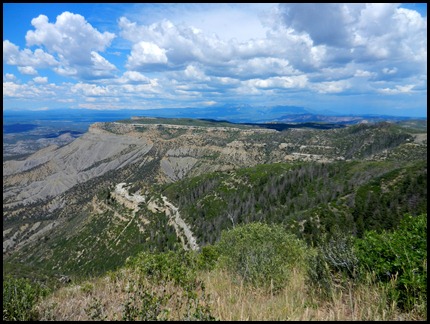 Does anyone know what kind of plant this is? 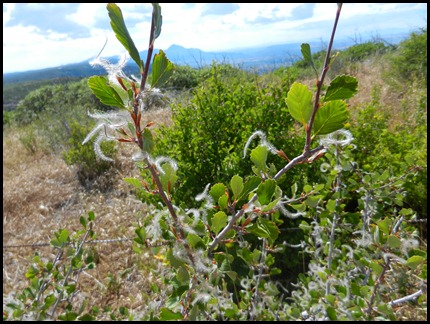 Mesa Verde is an impressive park and we would like to go back in cooler weather, stay at the campground there, and do some more hiking and exploring.

And by pushing myself to the limit, I got a bit closer to overcoming my fear of heights. Yesterday I even climbed on the Lazy Daze roof for the very first time. Don’t know if I will be able to do it again, but it was a big deal for me. 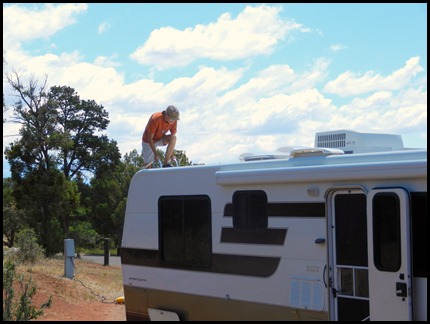 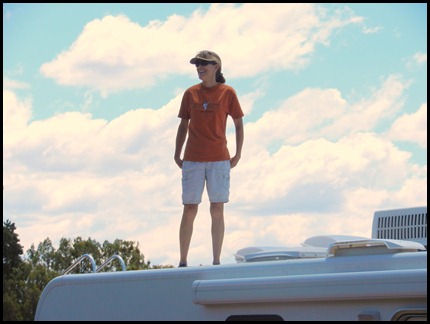 Somehow I even managed to get back down, which was the hardest part!