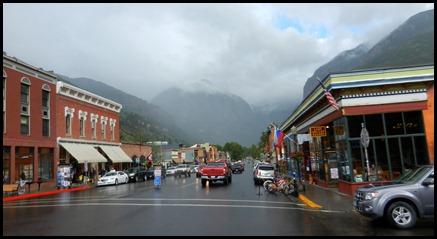 Cayton Campground is about 20 miles from Telluride, so since it was another rainy day we went for a ride. Plus it was a good excuse to find an internet connection. Telluride is an old mining town, but is now known for it’s ski resort. It’s a pretty nice summer destination as well, with lots of opportunities for hiking and mountain biking. Some interesting history, In June 1889, Butch Cassidy robbed the San Miguel Valley Bank in Telluride. This was his first major recorded crime. He exited the bank with $24,580, and later became famous as a bank robber.

We drove to the end of town to look at Bridal Veil Falls. I’ve lost count of how many falls named Bridal Veil we’ve seen over the years. This was a big one, 365 feet, the highest cascade waterfalls in Colorado. What made it even more interesting is the private house/power plant that sits beside it. Quite an extreme home. You can hike a 4 mile trail or drive a rocky dirt road to get there. 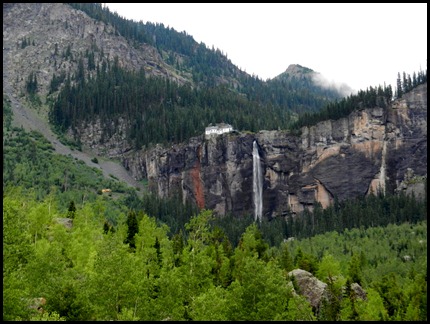 Debbie and I also took a ride on the free gondola from the ski village down into town. Since it was enclosed I figured I could handle it. Other than the initial speed and coming to a complete stop for a couple minutes while we were in the air, it wasn’t too bad.  And what views. Too bad it was drizzling. 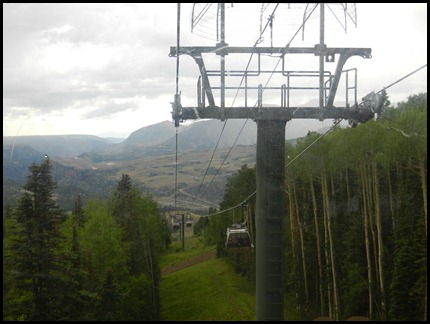 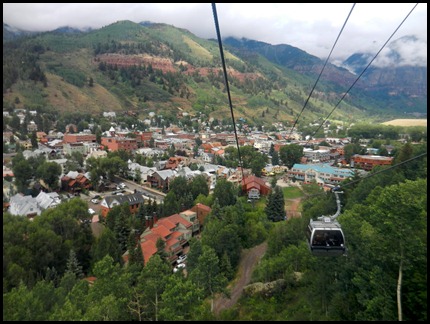 We found another nice microbrewery, lunch and WiFi at Smuggler Joes. And on the way home the sun actually came out! It was a good day. 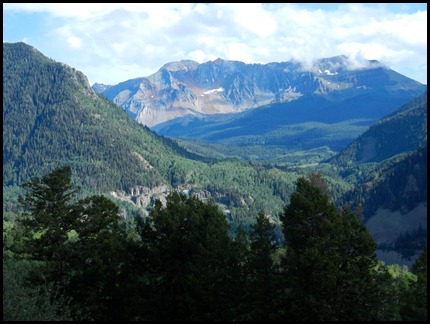 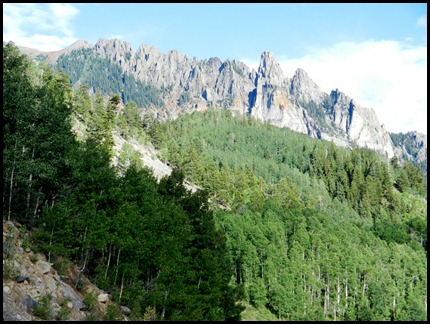