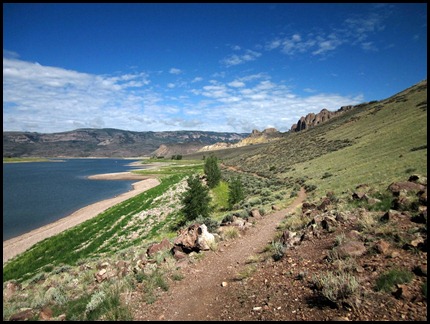 This 4 mile round trip trail ascended to take us along an interesting geological formation, the Dillon Pinnacles, an area of huge rock spires. 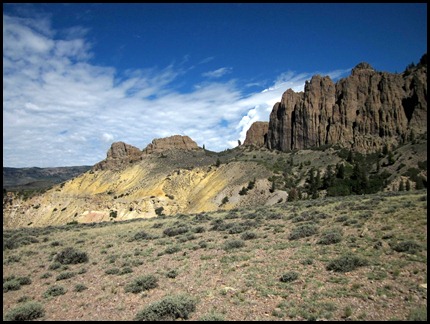 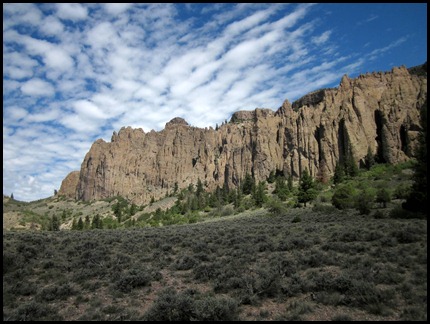 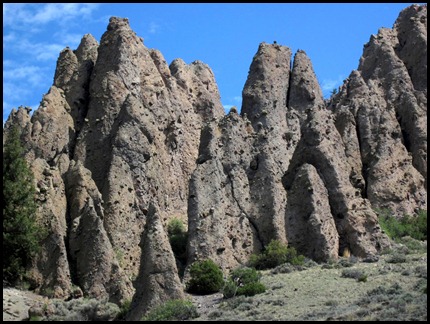 With outstanding views of Blue Mesa Reservoir, big rocks, and a fairly easy climb up, it was an enjoyable hike. 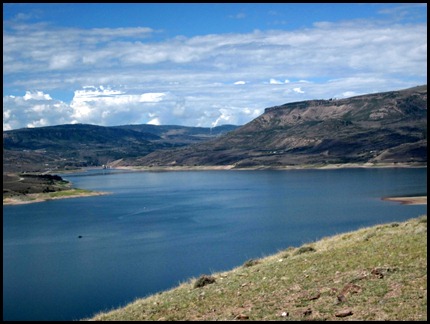 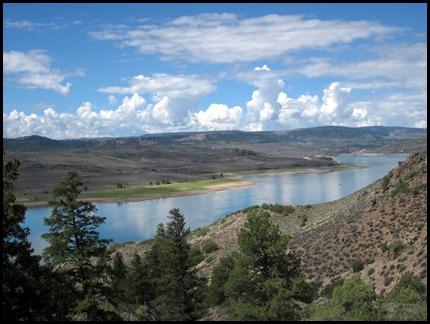 We haven’t had much luck with wildlife lately, but on the way home there was a not-so-bighorn sheep eating grass just off the highway. It was wearing a tracking collar, and was unfazed by the cars and trucks zipping by. We really prefer to see wildlife a bit farther off the beaten path. 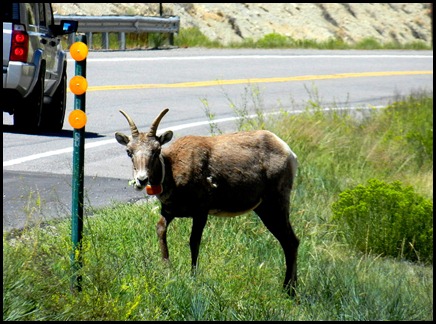 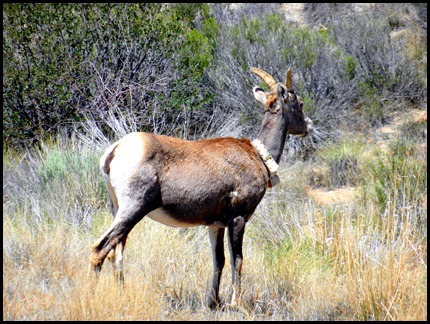 When we first arrived here at Curecanti, we seemed to have a fairly good internet connection with our booster. A few days ago we were having trouble just loading or trying to send an email. At first we thought it was just fluctuations in the signal, since our phone barely has one bar and keeps switching from Verizon to Extended Network, but Debbie wasn’t having as much trouble as we were. After a couple of frustrating days and barely using the computer, we got to thinking there must be a problem with our equipment.

Yesterday we took a drive northeast of Gunnison to look at several forest service campgrounds, since Jim was looking for a place with a better signal. As we were discussing it, he realized he hadn’t thought about checking our Wilson antenna. He got up on the roof when we got back and found that the wire had been cut, due to the way he had it secured. He attempted but wasn’t able to get it spliced back together properly. After many phone calls but no luck finding one at the few electronics stores and Radio Shacks in Gunnison, Crested Butte, and Montrose, he called Wilson and they will be shipping out a new antenna Monday at no charge. Talk about great customer service, since it is 4 years old and Jim told the guy it had gotten damaged. Debbie had a similar experience with receiving a new antenna at no cost a few months ago when hers came off the roof and broke. Nice to know there are still companies out there that give such good service.

Debbie has been kind enough to let us steal her signal until our new antenna arrives, so we are back on line. One more problem solved, time for another hike.