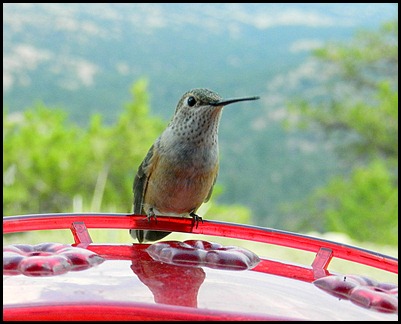 After two months of carrying around our new Jack antenna in it’s box and using it as a coffee table, we finally had a day of dry weather forecast, so Jim decided it was time to get back on the roof.

After the experience he and Debbie had while installing one on hers in Durango, he was not looking forward to the day he put ours up. But with some help from muscle-man Chuck, and the knowledge they gained from the previous installation, it took them less than 2 hours with no foul language.

Jim and Chuck hard at work. Chuck is the one lying on the roof while Jim supervises. 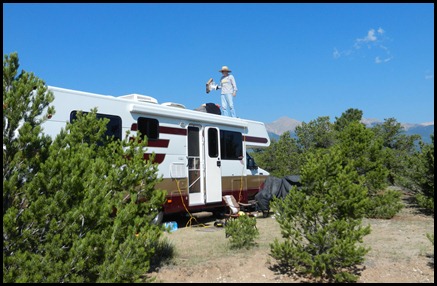 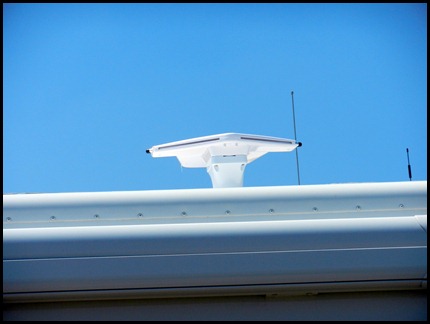 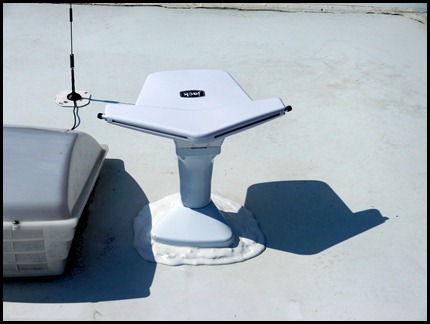 It doesn’t have to be raised or lowered and never needs maintenance like the old batwing, and doesn’t shade the solar panels. And it’s sleek and pretty, no higher than the air conditioner shroud. 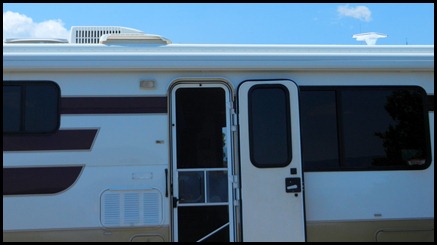 It remains to be seen if we will get reception equal to the old antenna. Here we are only getting 4 over-the-air channels, and we were getting 6 with the old one, although they are barely watchable. For some reason Debbie is getting 4 digital channels but less over-the-air, but she is parked a good distance away from us. At this point it doesn’t matter as we rarely watch TV in the summer anyway, so it may be awhile before we can tell how well it works.

The weather forecast was correct, no rain yesterday, so the caulk had plenty of drying time. And it was the clearest day we’ve had in a couple weeks. It’s beautiful here. They may have to force us to leave. 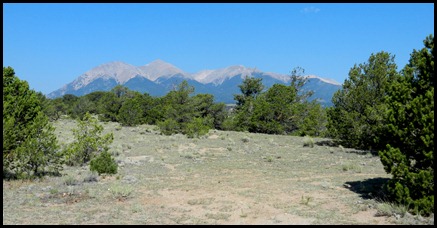 And be sure to check out the latest post on Life on the Open Road. Now I don’t have to do my own post about Salida because Diana covered it so well. Thanks!