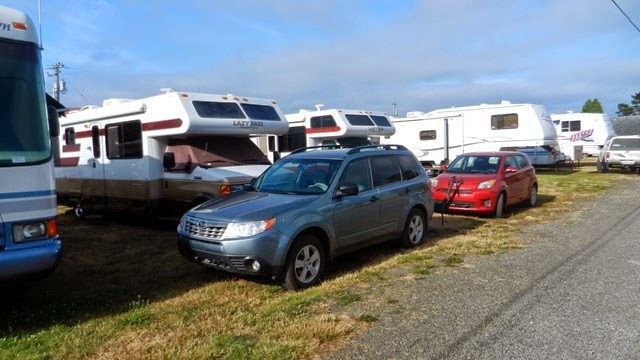 We really wanted to visit Astoria, Oregon but could not find a suitable place to stay so we ended up at Hammond Marina RV Park, about 8 miles to the west near the mouth of the Columbia River. It’s not a place we would normally choose, a bit too cozy with our neighbors, but for $25/night with full hookups it was the best we could find. We are just a couple blocks from the marina, which by the way also has overnight RV parking in a pretty, grassy lot near the water but is $28 for dry camping.

After we arrived, Jim and I set out on our bikes to Fort Stevens State Park, less than a half mile from here. Between the nine miles of paved bike trails and all the campground loops (there are nearly 500 sites, which were all booked for the weekend!!), we rode almost 14 miles.

We only stopped to check out the beach, another one you can drive on. 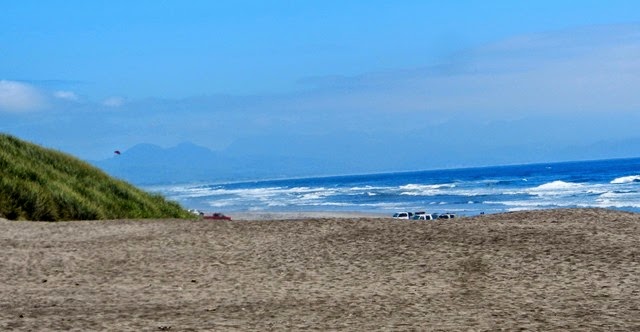 And to look at the wreck of the Peter Ireland, a cargo ship that ran aground during a storm in 1906 and quickly became a tourist attraction. 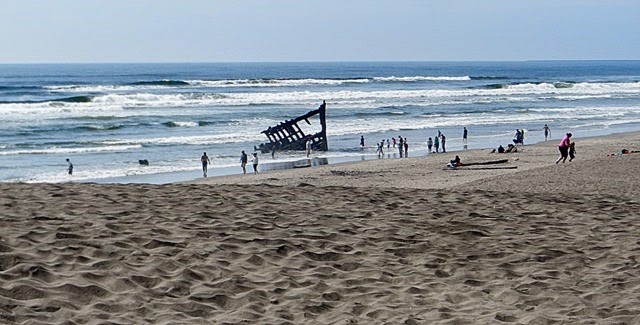 Yesterday we took a walk along the Astoria Riverwalk. 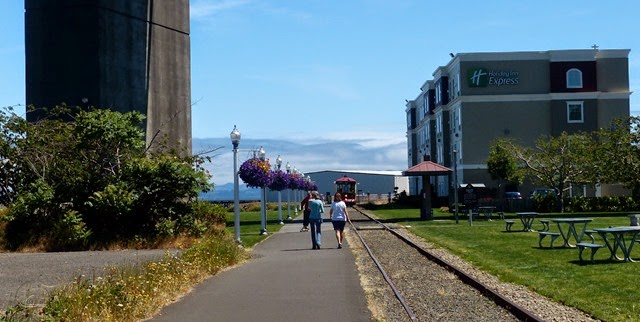 We started at the port near the 4.1 mile Astoria-Megler Bridge to Washington, one of the largest cantilever truss bridges in the world. 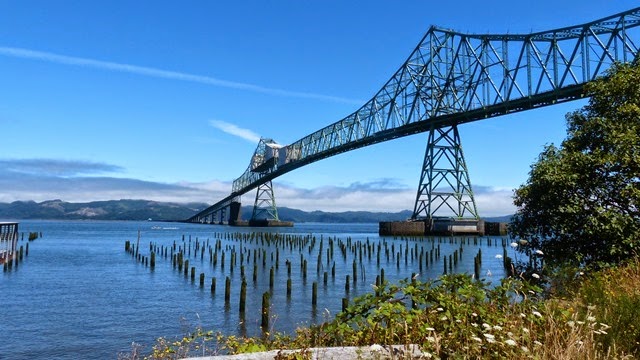 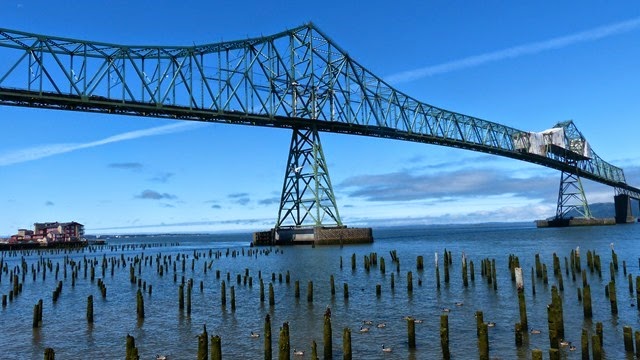 The trail stretches for five miles along the Columbia river through downtown Astoria. 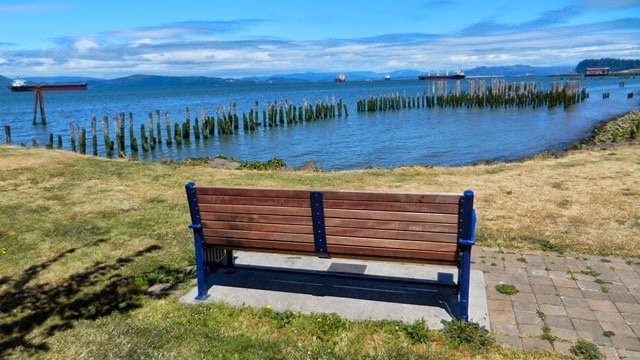 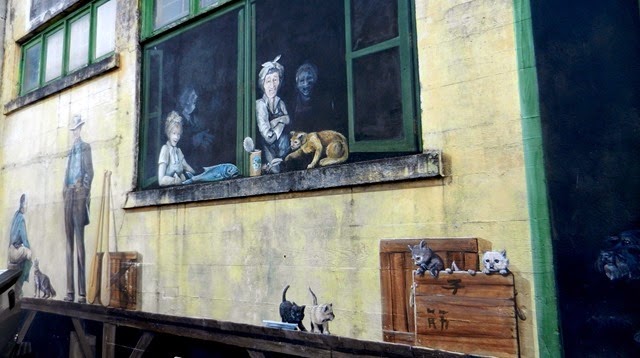 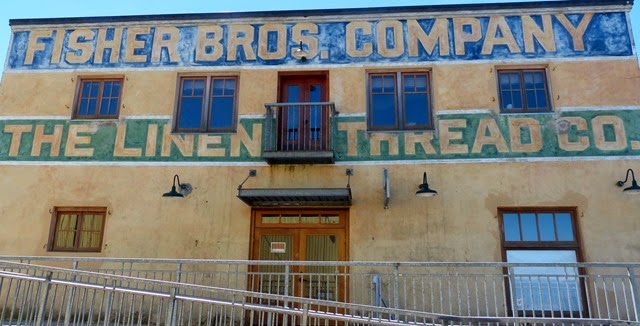 If you don’t feel like walking you can take the trolley for $1. 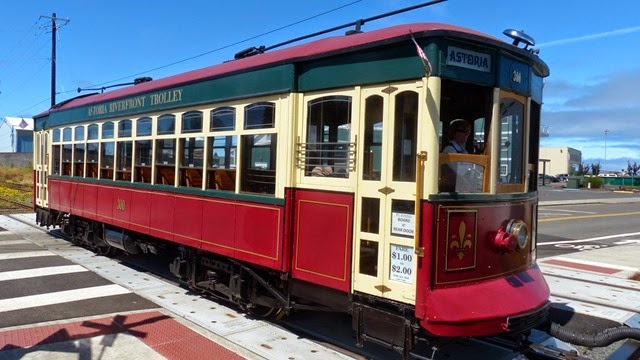 Believe it or not we passed three breweries along the way, and just had to stop at Astoria Brewing Company’s Wet Dog Café for lunch. I got the Bitter Bitch Imperial IPA because I loved the name, and it was excellent. Jim had an Old Red Beard Amber, also good. And we split a Poopdeck Porter. Great names for great beer. Debbie thinks we’re going to need an intervention when we get out of brewpub country. 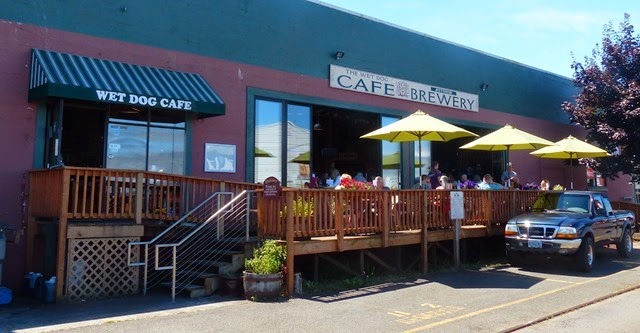 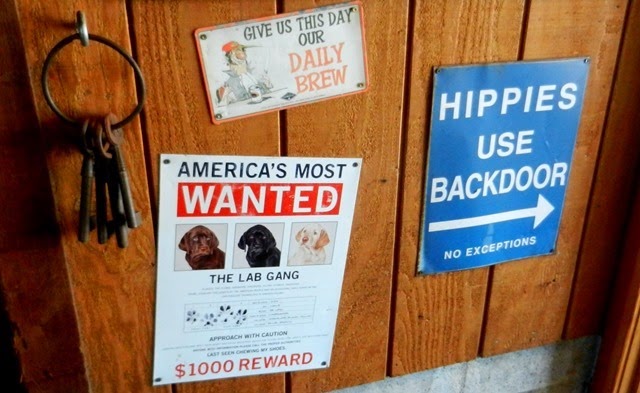 We continued walking all the way to Pier 39, four miles from where we started. 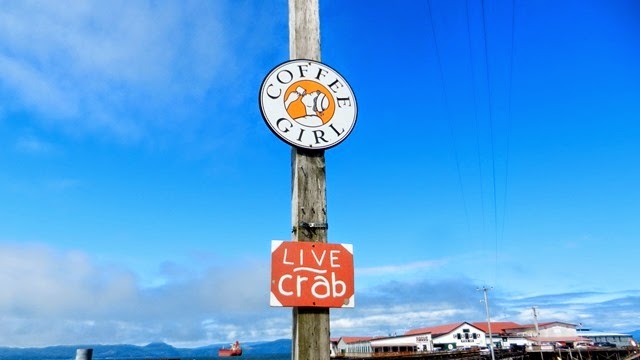 We thought about taking the trolley back but it had just passed us and takes almost an hour to make its route so we just walked. With all the distractions it didn’t feel like such a long walk. 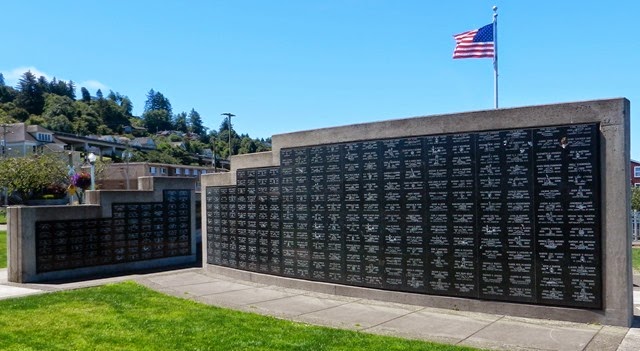 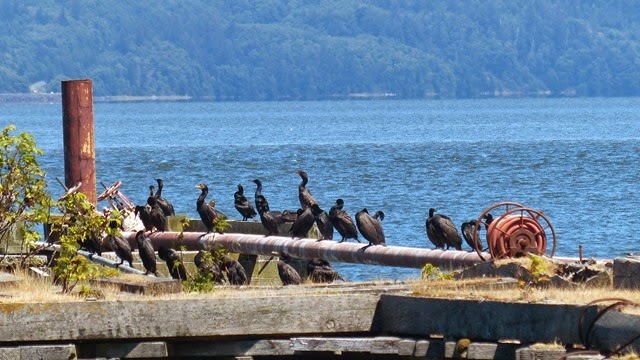 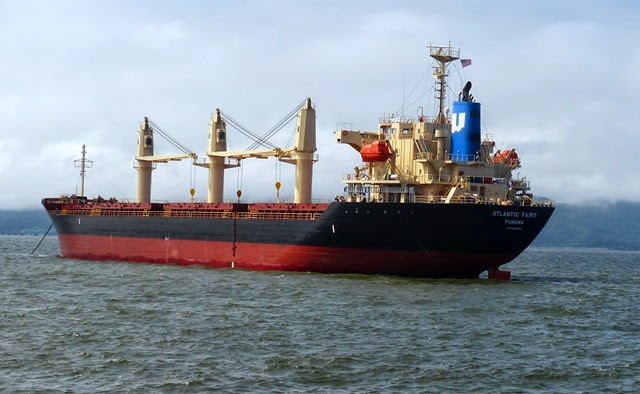 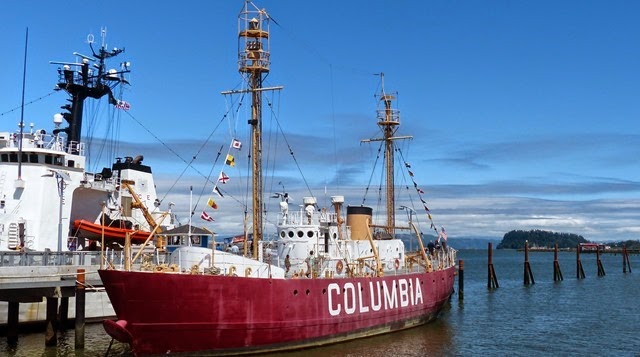 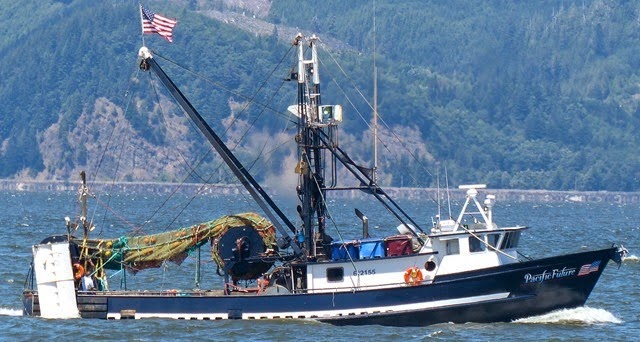 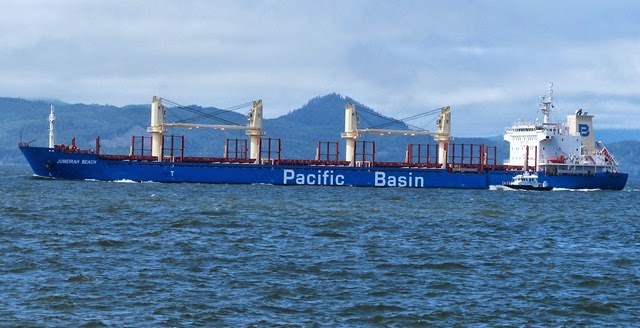 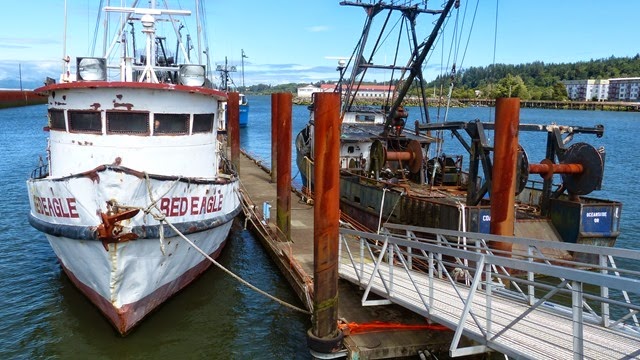 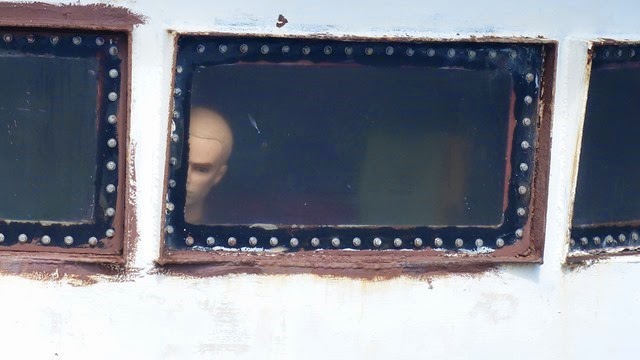 A fine way to spend an afternoon.