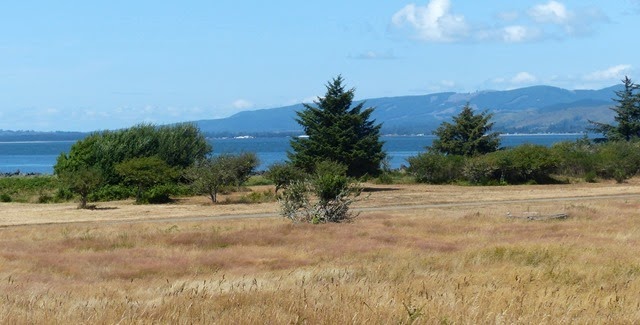 Although Hammond Marina RV Park isn’t exactly our cup of tea, it’s in a very good location so we decided to stay a few more nights. One day we walked next door to Fort Stevens, where we had previously ridden our bikes. We wanted to get a closer look at the remains of the fort, once the primary military defense installation in the three-fort, Harbor Defense System (along with Forts Canby and Columbia) at the mouth of the Columbia River. 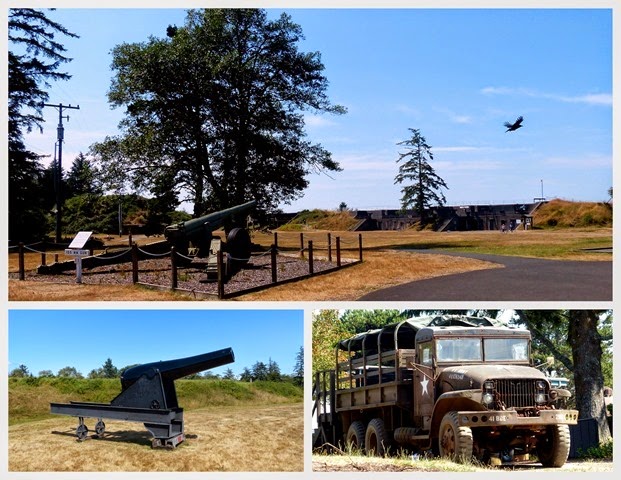 Another day we visited Fort Clatsop, part of the Lewis and Clark National Historic Park. There is a replica of the encampment for the Corps of Discovery where they spent December 1805-March 1806. 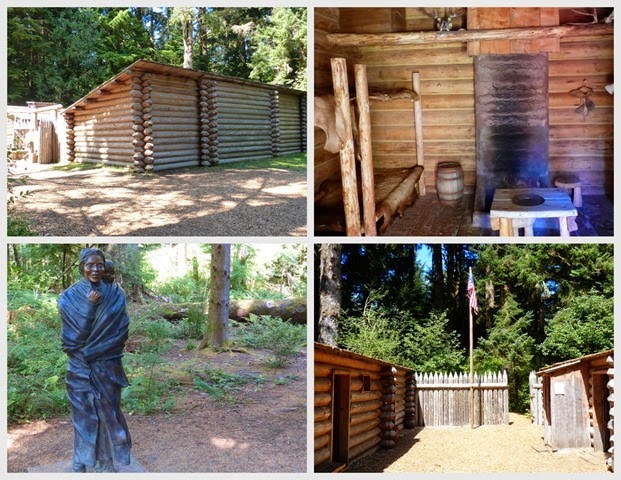 We also watched one of the two films in the visitor center, the one recommended by the volunteers at the desk about Lewis and Clark’s winter at the fort. Normally we find the films in the national parks to be very good, but this was a disappointment and it was really geared towards children. 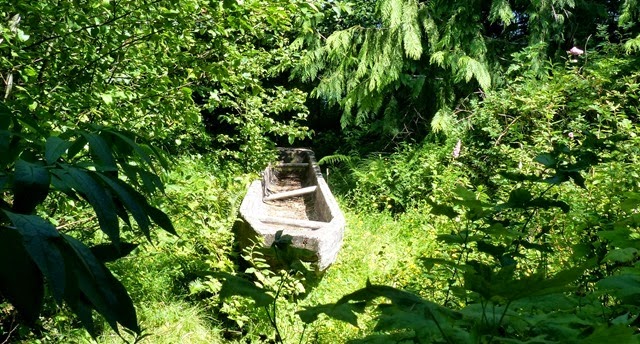 Lewis and Clark River (formerly the Netul), near the landing where they reached Fort Clatsop. 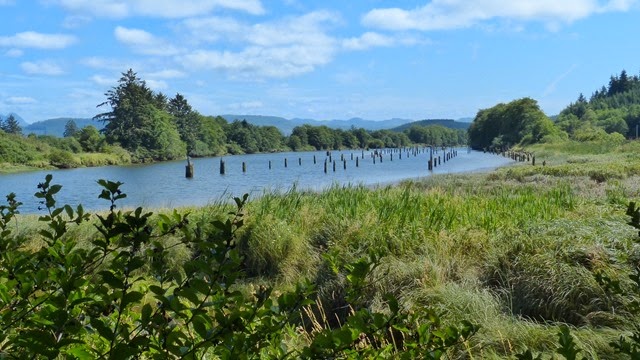 The real reason we went was to hike the Fort to Sea Trail, 6.5 miles from Fort Clatsop to Sunset Beach on the Pacific Ocean. Since Debbie was with us, we left her car at the beach and drove ours to the fort. We really weren’t up for a 13 mile hike, and going from the fort to the sea had the advantage of being more downhill, so it was a nice hike.

It started in the cool, shady forest. 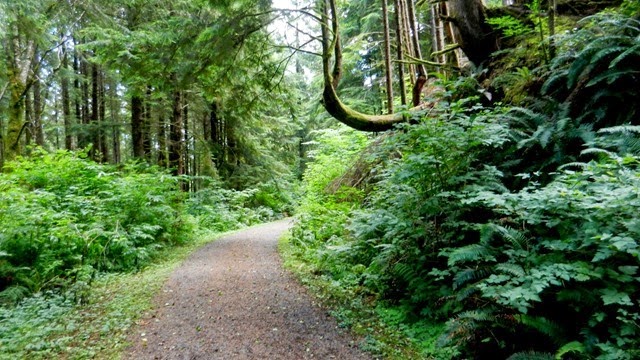 And crossed lots of wet areas over boardwalks, surrounded by giant skunk cabbage. Bet Lewis and Clark and the Clatsop Indians didn’t have the luxury of keeping their feet dry like we did. 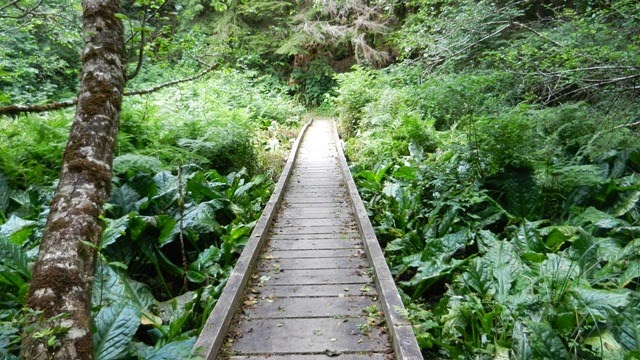 We got a long distance glimpse of the Pacific at the Clatsop Ridge Overlook. 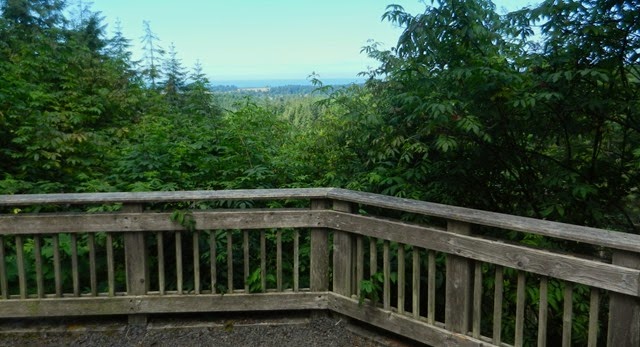 After the woods we had to walk through a tunnel under Hwy 101, where we then traversed farms and cow pastures. 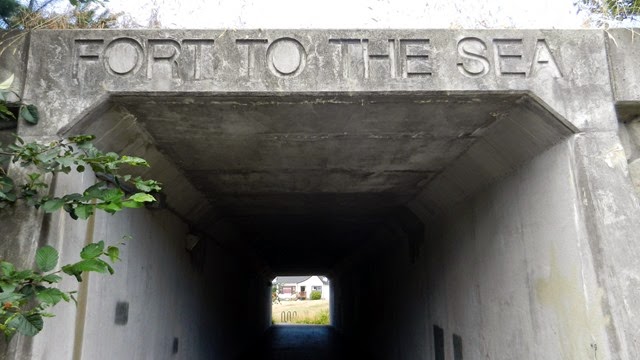 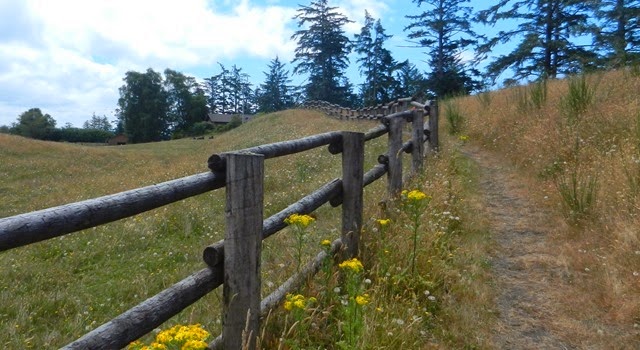 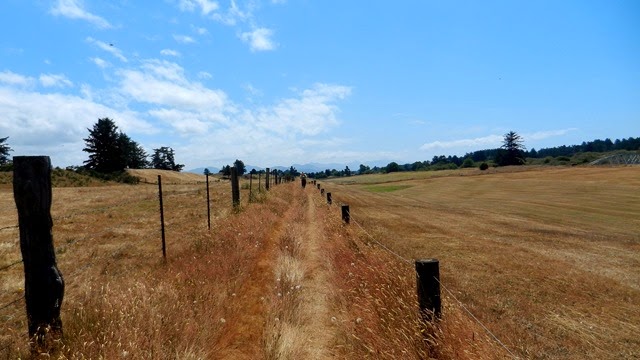 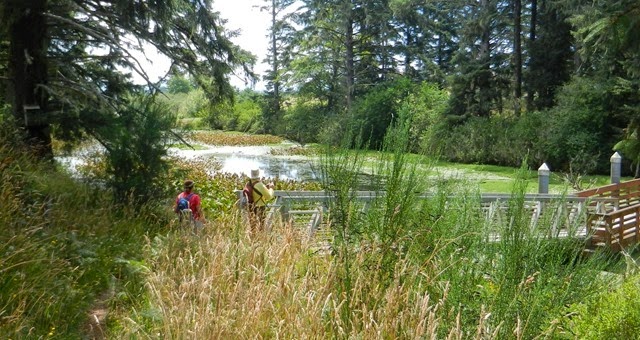 Then came to the largest bridge on the trail over Neacoxie Lake, a good place for lunch. 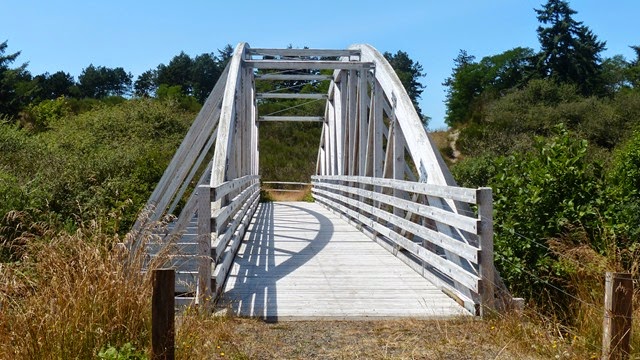 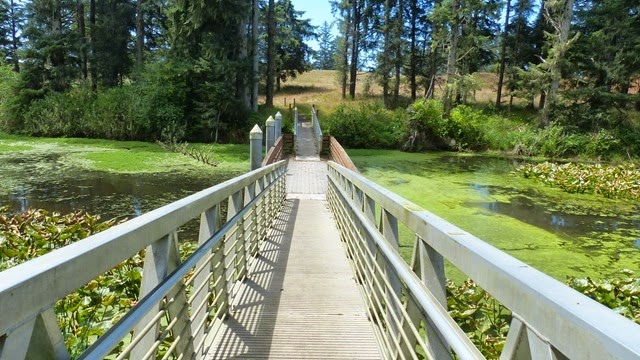 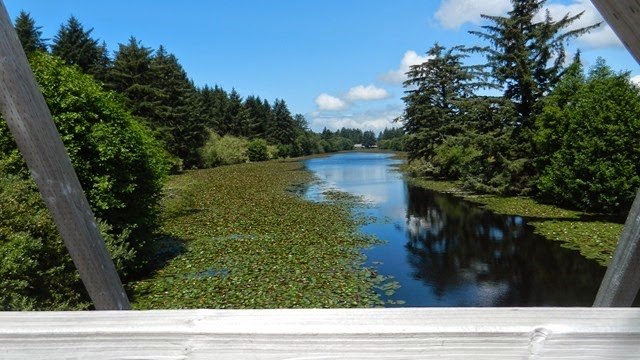 We finally came to the Sunset Beach parking lot, but it was still another 0.3 miles to the beach, where the trail crossed the dunes on more boardwalks and bridges. 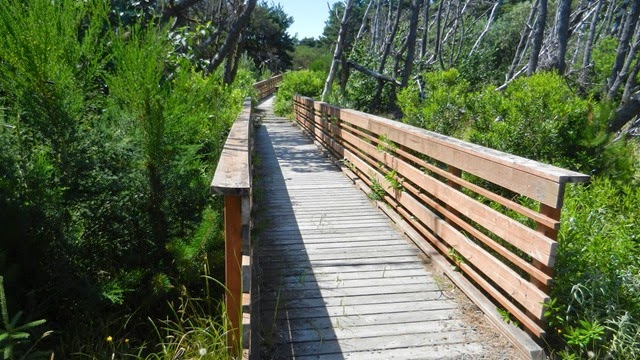 We saw plenty of Red-Shouldered Ctenuch moths, only found on the Pacific Northwest coast. 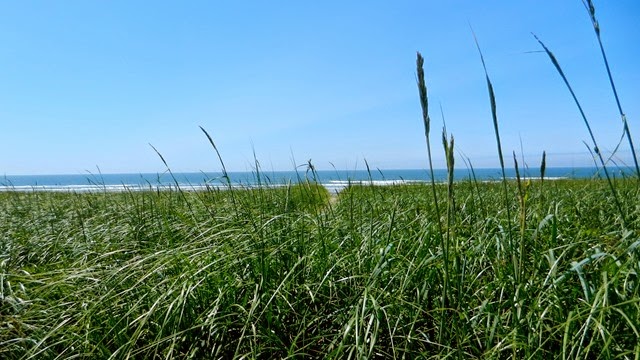 Another drive-on beach. We prefer the rocky coast that takes a little more effort to get to. 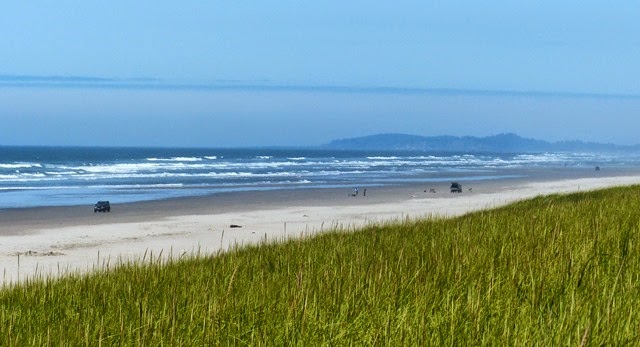 Our third and final fort of the week was the Fort George Brewery, good beer but lousy food.

I’ve had some tooth pain off and on since the root canal I had done in Mexico in January. It was worse over the weekend so I asked the very nice RV park manager if she could recommend a dentist. Just so happens her daughter is a dental assistant in Astoria, so I called and got an appointment for yesterday. The x-ray was inconclusive but she suspects there is a hidden canal that was not treated and is infected, or I could have a cracked root that also doesn’t show on the x-ray. She prescribed a strong antibiotic which may buy me some time if there is an infection. She said it won’t hurt to wait until we go back to Arizona this winter, so I am hoping I can tolerate the discomfort until then. If it doesn’t get any worse than it’s been I should be fine. I just don’t want to pay $1,000 or more to an endodontist for a retreatment of the root canal when it may fail and I end up losing the tooth anyway. We sure would like to get through an entire month without a medical issue!

Our run of good weather finally ran out and it rained almost all day yesterday, so after the dentist it was a good time for grocery shopping and laundry. The forecast looks great for the next week, so today we’re crossing the Columbia River into Washington, making our way to the Olympic Peninsula and a meet-up with friends. It’s hard to complain.