We each had our last doctor’s appointments on Friday, so barring any unforeseen medical emergencies, our next two weeks in Pensacola will be spent visiting friends, doing a few things around the RV, and enjoying the beach.

For those of you not familiar with the Pensacola area, we are actually staying on Santa Rosa Island, a barrier island in the Gulf of Mexico. West of the last beach condos it’s about 5 miles to Fort Pickens. Being on such a narrow strip of land, the road frequently gets washed out by hurricanes and tropical storms. In fact, they considered not rebuilding it after Ivan in 2004, but eventually did.

The campground and fort are on the wider part of the island on the lower right. Pensacola NAS is directly across the sound from the west end of the island. 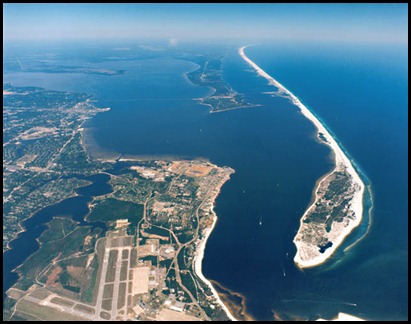 Being back in the area as tourists has been fun and interesting. Friday night we met Jimmy and Paula for pizza and beer downtown at Hopjacks . A few years ago it was never very crowded, but downtown Pensacola has changed for the better and is really hopping, at least on the weekends. We’re glad to see that happening. In fact, considering all the places we’ve been to the past few years, Pensacola is really quite nice. Except for the summer heat, humidity, bugs and hurricanes!

After all the running around we’ve done the past two weeks, we decided to spend the weekend just hanging around the campground. It was very windy, especially on Saturday, so we just took some long walks and experimented with the new camera. There is a nice couple mile trail that goes through the other campground and then on to the fort. Always something to see. 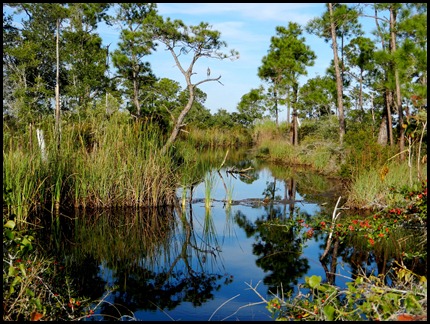 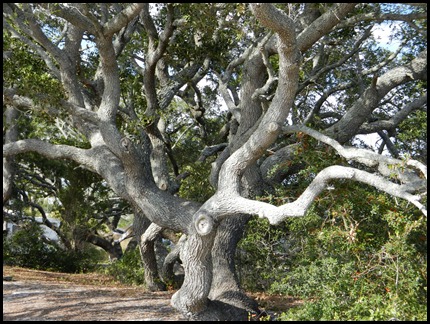 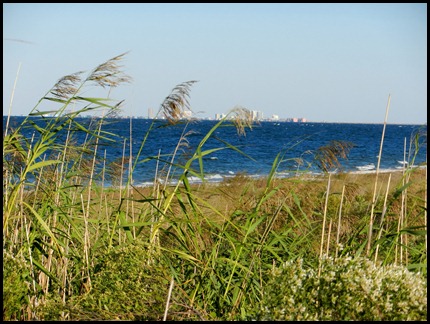 This camera has a cool feature where you can pick a color to highlight, which makes the rest of the shot black and white. Out near the fort we saw lots of yellow wildflowers, so Jim picked yellow. The center building is actually red brick. It’s an interesting effect. 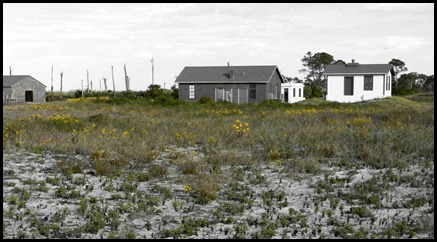 Last night we were visiting with Harry and Mary, the Lazy Daze owners from Wyoming. We looked over and saw this. 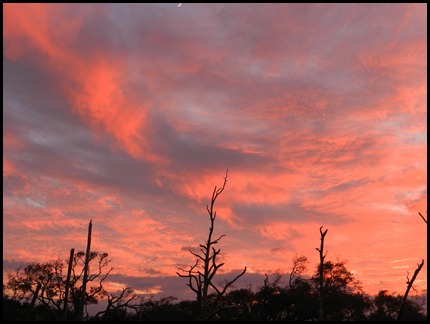 Then it got even better. What a great way to end the day. 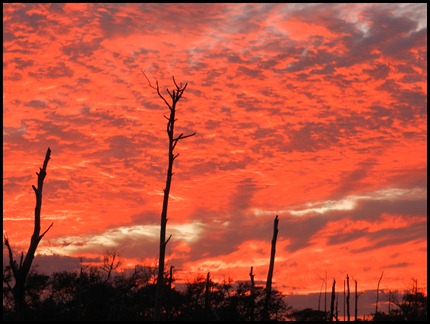