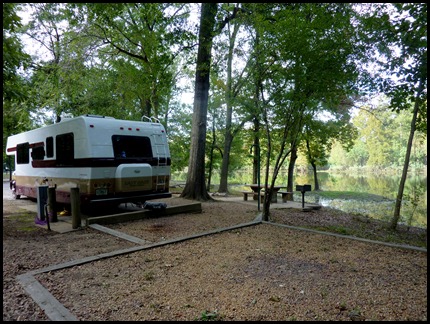 After another 140 mile drive yesterday we arrived at Lefleur’s Bluff State Park in Jackson, MS, actually within the city limits about a mile from I-55. Consequently you can hear some traffic noise and a train but it’s tolerable. We got a site on the small lake for $18 a night with water and electric. The only downside is a 1.5 mile dusty gravel road into the campground. 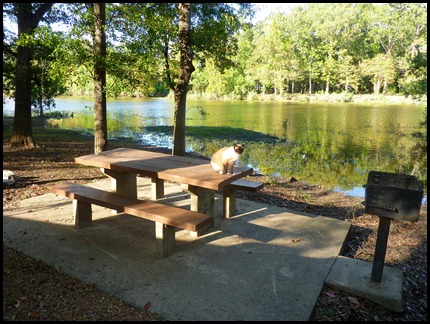 There are lots of egrets and herons around the lake. We had never seen an egret in a tree before. 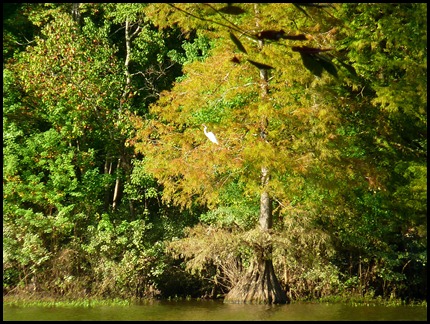 Yesterday afternoon we walked some of the trails. It’s very swampy and we had to walk fast because the mosquitoes were loving the taste of Jim. 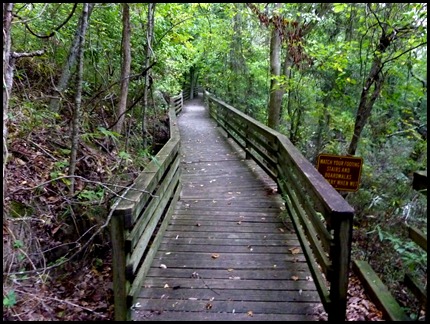 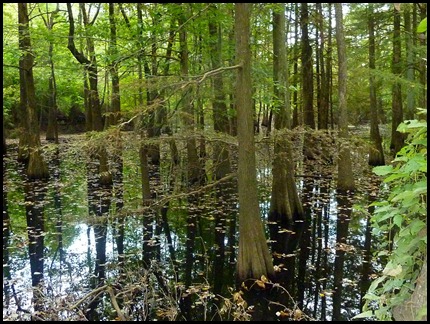 The park is on the Pearl River, which had some nice sandy banks to pull up on if you were in a canoe or kayak. We had to walk even faster at this point as it was thundering and getting ready to storm. We got back just as the first drops were falling. 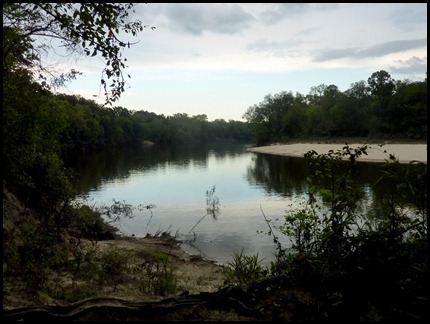 I saw that we were only five miles from Mellow Mushroom, so last night we went out for pizza to celebrate our 29th wedding anniversary, which was Sunday, Jim’s upcoming birthday next Sunday, and our 3 year anniversary (Oct 6) of being homeless. We liked our spot and view at Maumell Park so much we didn’t want to go out on Sunday. Instead Alan and Marilyn brought their wood over and we had a great fire under the moonlight by the river. .

We decided to stay in Jackson so we could visit Ride South, a bicycle shop just 8 miles from the park. They have a huge selection of recumbents, which we miss riding, so we wanted to see what was new. After coffee and a bagel at the Beagle Bagel Cafe, each of us buying new walking/trail shoes at an very nice outdoor gear shop called Buffalo Peak Outfitters, which had some good bargains on shoes, and me getting a haircut, we then drooled over all the pretty new recumbents at Ride South. If and when we ever settle down somewhere in a bike friendly area, we will both be going back to recumbent bikes.

The owner told us about some paved bike trails near the store, so we took off on our bikes for a 10 mile ride. We rode through Timberland Campground on the Ross Barnett Reservoir. It is really nice, so we stopped by the office to check on rates for the long term sites. The woman told us there are 200 people on a waiting list for a site, so I guess we can scratch that idea!

Tomorrow we’re off to Hattiesburg for one more stop before we get to Pensacola.