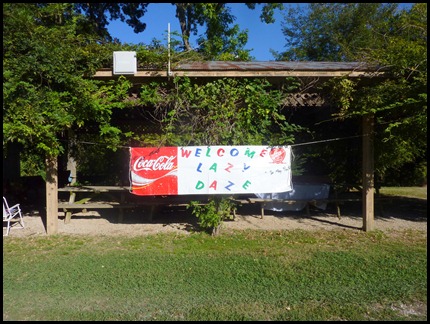 We had a great week here at Sylamore Creek Camp with 20 plus other Lazy Dazes from the Southeast, South Central, and Great Lakes groups. We knew about a dozen people from previous get togethers, and really enjoyed getting to know the others. This private campground was a perfect place, and we were scattered everywhere on the upper level under the trees, and on the lower level down by the creek. 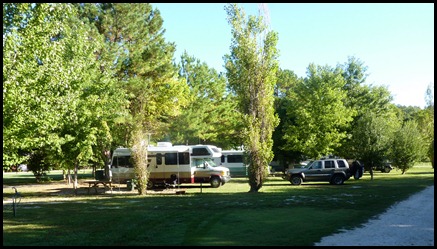 There were four Anniversary Editions like ours (surprising since only about 50 were made in 2006). 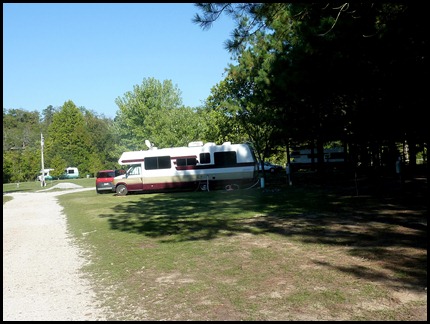 Only one newer rig with the traditional paint job but no fake black windows over the cab. Still can’t get used to that. 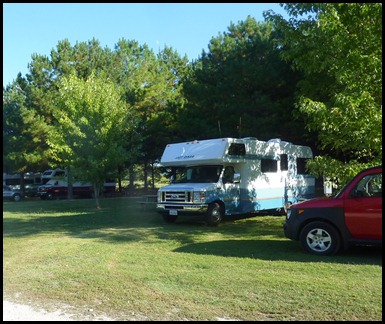 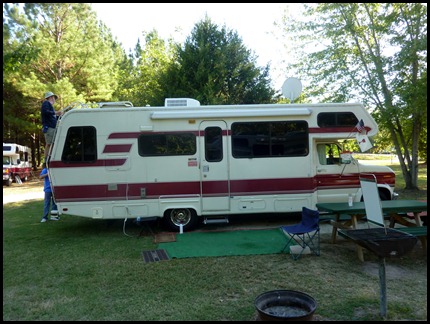 As most RVers know if they’ve ever attended an RV event, eating and happy hour are two of the main activities. Each region was responsible for one evening meal and one breakfast. Our Southeast group did heavy hors d’oeuvres for the welcome party Sunday night, the Great Lakes group did a potluck on Monday, and the South Central group catered a barbeque dinner on Tuesday. Last night everyone (but us) went to a local catfish restaurant.

We had dinners in a nice pavilion. 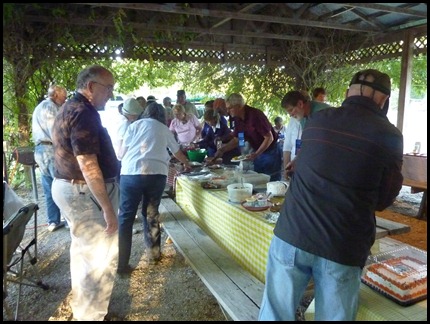 And even had a Lazy Daze cake. 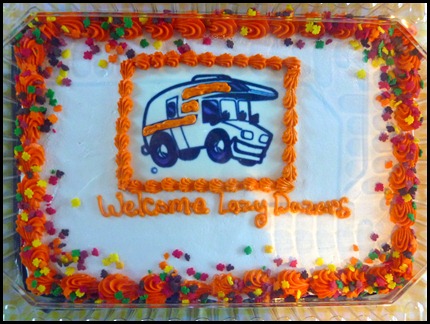 One morning after breakfast we gathered for a question and answer session. Anyone who was having problems or questions about their rig got lots of advice and answers from the group.

The weather was perfect the entire week. One morning a group went on a canoe trip down the White River.The rest of the time was free for everyone to either hang around the park and socialize or explore the Mountain View area. We did several hikes, the best being the 4.5 mile White Bluff loop, a mountain bike trail just a few miles up the road. We were the only ones there, and had some nice scenery along the way. It was a good trail but I wouldn’t have wanted to ride it on a mountain bike. 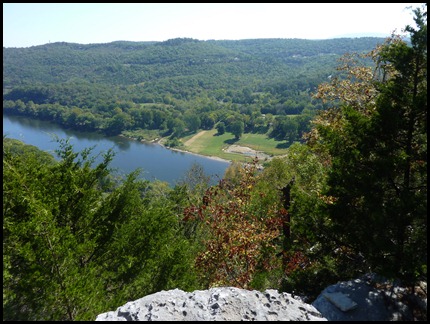 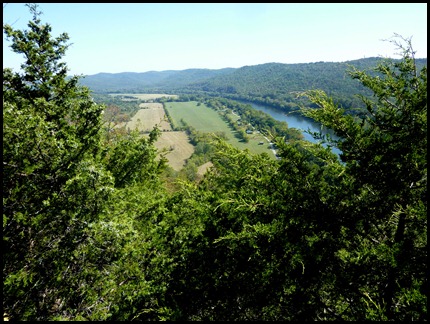 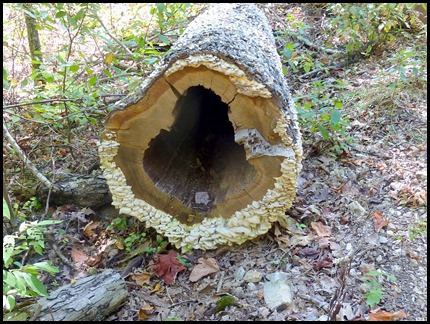 The get together ended today but there are 5 Lazy Daze still here, and we have enough wood for one more fire. Thanks to Dorothy and the other organizers for putting together such a great event.