After a long, slow 100 miles on winding Arkansas roads, we made it to Mountain View, where we are attending the Lazy Daze Regional Adventure. It is being held at Sylamore Creek Camp, and we got a water and electric site on the lower level right by the creek. There was only one tent here when we arrived but by the afternoon the weekenders came pouring in. 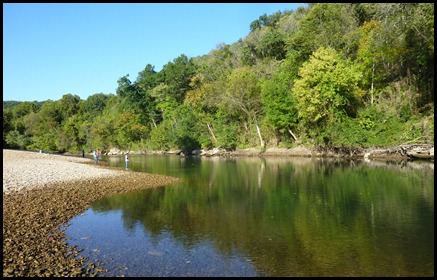 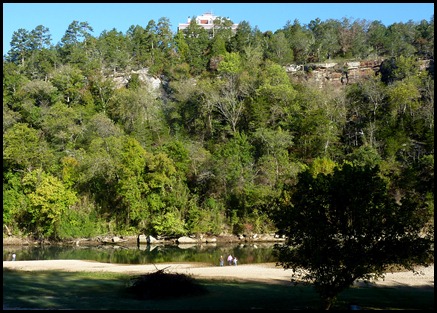 The get together doesn’t officially start until tomorrow but there are already seven other Lazy Daze here. We’ve had a couple nice evenings by the fire catching up with the people we already know and getting to know the others.

Today we went for a hike in the nearby Blanchard Springs Recreation Area. What a beautiful walk along Sylamore Creek. 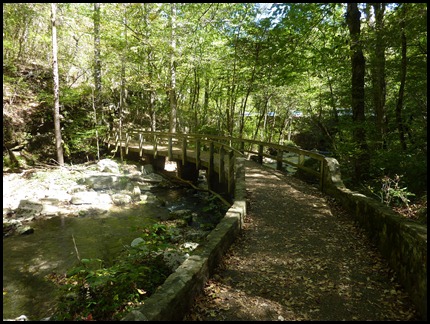 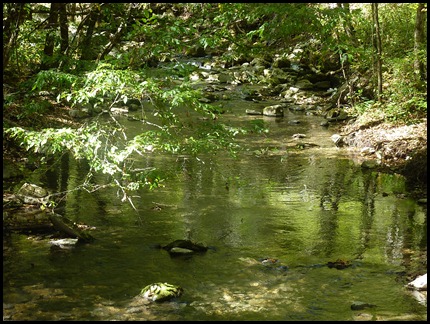 We walked to the springs, which is a good sized waterfall coming out of a cave. 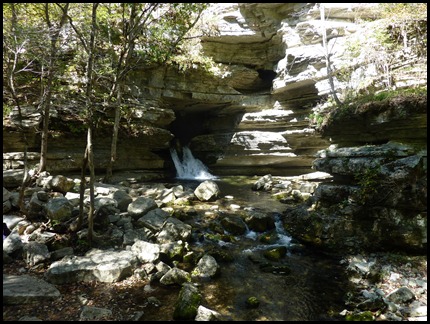 That trail was only a half mile so we found a longer one along the creek which took us to Mirror Lake, a small fishing lake. The water was incredibly clear. 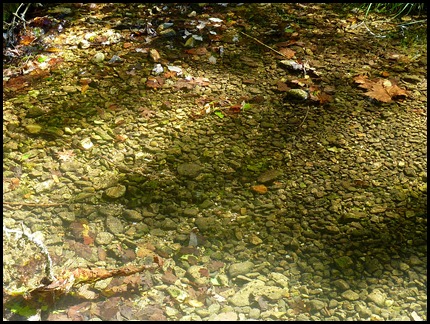 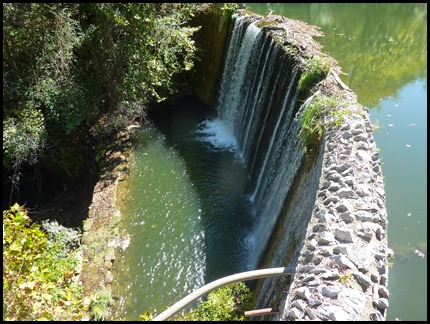 A former corn mill and cotton gin that was being restored by the CCC. Construction stopped at the start of WWII and was never completed. 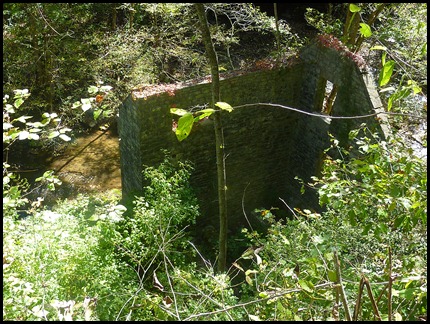 Jim had to take a photo of the interesting fire ring we’ve been sitting around. It is a washing machine tub sitting on a wheel rim. Gives off good heat with all the holes in the tub. A really clever idea if you have the space to carry it around. 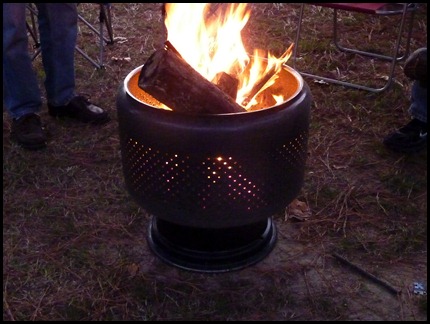