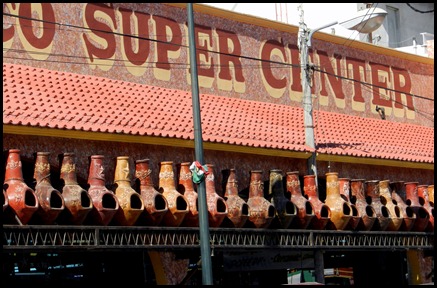 Jim had his final dental appointment in Nuevo Progreso today, so we put our quarters in the turnstile and hiked across the International Bridge. 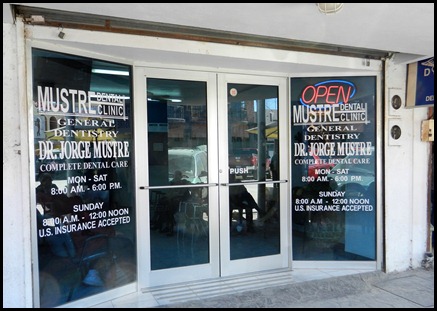 It was a beautiful, sunny day in the 70’s, so after his appointment, which went well, we walked the streets and did some shopping. Jim got some Rx sunglasses a couple years ago in Palomas, MX, but after his cataract surgery in March he wasn’t able to use them anymore. He took them to a couple US optical shops but was told they were special order because they were curved lenses, and one shop gave him a price of $300 just for new lenses. Since he only paid $75 for the frames and lenses in Mexico, that was out of the question. The first place we came to today quoted him $45, and they even checked his prescription, which was pretty comical. I ended up trying to explain to the guy in Spanish how to do the exam, as he just would ask Jim if he could see when he put up different lenses. Anyway, he is able to see with them, and they had the lenses made in a half hour. Hard to understand why they couldn’t do it in the US.

We also bought some B&B liqueur for $21 a liter, an amazing price, even after adding another $3.75 that we had to pay to the state of Texas after crossing the border.

While Jim was having his crown put on, I walked the streets and took some pictures. Nuevo Progreso is such a colorful town, and the streets were bustling with tourists, mostly Americans like us. 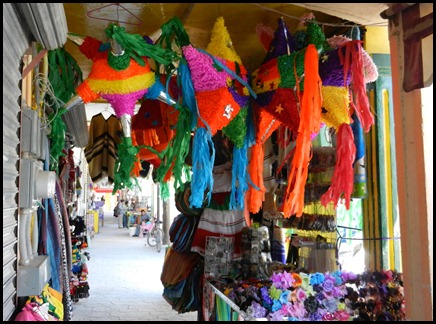 New Orleans Pharmacy, just one of many. Not sure what is on the upper floors. 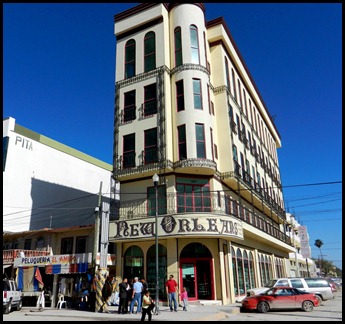 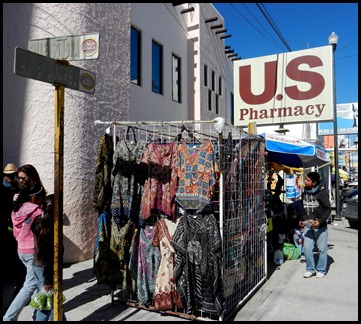 A bar and tattoo parlor right next to a dentist. 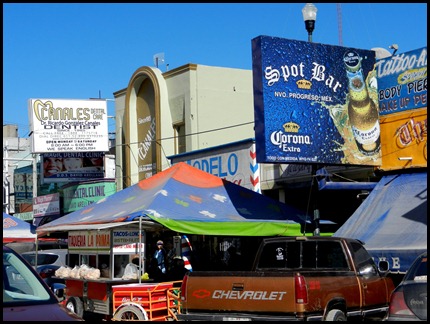 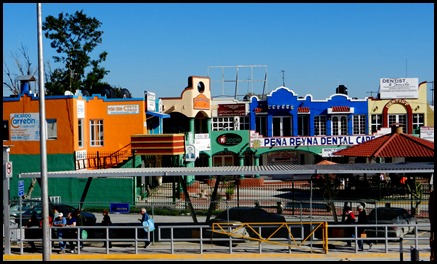 The nice thing about Progreso is the town appears to have outlawed begging on the streets, so you don’t get followed or accosted by kids asking for money, which happened in the other border towns we’ve visited. The only place you see them is under the bridge where they call out for change, which is much easier to ignore. Again, we felt perfectly safe, and the Mexicans seem happy to have us there and leave some of our dollars in their country.