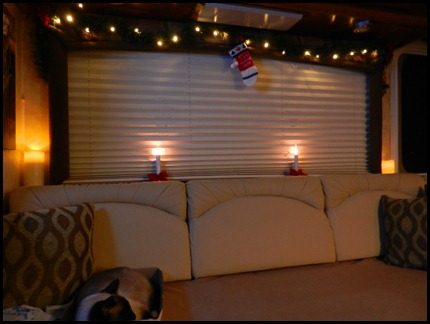 So Jim loves his Kindle Touch and has over 100 books on it already. And he hasn’t paid a penny for any of them. Isn’t the internet wonderful? Now if I will just let him have more time to read them all…

The binoculars arrived a couple days ago. This is the first time we’ve actually bought any, as the other 3 pair we’ve owned were given to us by my dad. After retirement he worked in a sporting goods store and could never pass up a bargain, which he passed on to us. We’ve donated 2 pair to Goodwill as they were not suitable for bird watching, and the last pair recently fell apart . So much for bargains. We had no idea binoculars could be so expensive, but after reading reviews from Cornell Lab of Ornithology, we chose these “budget priced” Bushnell Nature View 8X42, at $99. After one walk to the state park to check out the birds, we are very impressed with the clarity, although they are a bit heavy. Nothing a few more dollars and a different carrying strap won’t take care of. 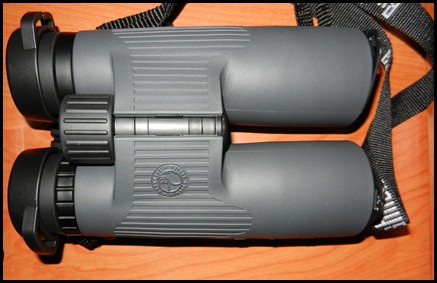 There must be at least 8 people with recumbent trikes and other recumbent bikes around here, so Jim has been very envious since we arrived. After we committed to staying through February, and his back has been bothering him riding the upright bike, he decided to look for a used recumbent, and found one north of Austin, TX. The guy agreed to meet us in Pleasanton yesterday, about 215 miles north of Mission, and they swapped bikes. Jim got rid of his old bike, and now has a Rans V-Rex, with no money changing hands. Other than the long drive, it couldn’t have been an easier deal. 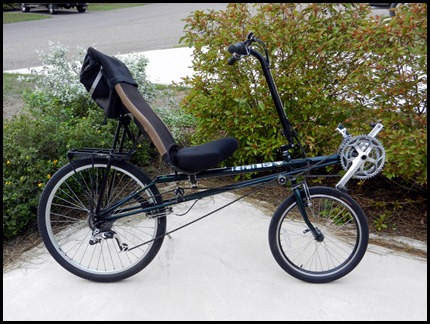 We got back yesterday just in time to get some Texas red grapefruit and a bunch of other fresh veggies from the produce vendor that comes to the park on Tuesday afternoon. Then Jim wanted to ride his bike some before dark. He noticed some chain noise, and with about 2 miles to go on the way back, he shifted and somehow the chain jammed up. While trying to get it fixed, one of the idlers that guides the super long chain broke, so I had to ride back and get the car. He called the guy he bought it from and he happened to have a spare idler, which he is supposed to send today. So now Jim is without a bike until the part arrives. I think it will be fine once he gets it repaired as otherwise it seems to be in good shape, but he is disappointed that he won’t be able to ride for a few days.

Quincy even got a present this year, a cat warming pad, which I’m hoping will replace the box that he’s been sleeping in on the couch now for months. It just arrived yesterday and so far he seems to like it, but then I could set a newspaper on the couch and he would lay on it for days. 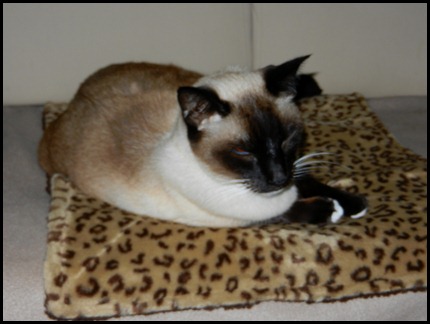