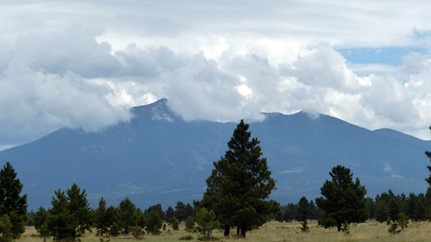 On Monday Flagstaff broke a record for rainfall, receiving .96 inches during an afternoon thunderstorm.

Having lived in Pensacola, FL for years, it seems funny that such a small amount of rain would break records. I remember one April we received 12 inches in 24 hours, and this was not even during a tropical storm. This particular rainfall sticks in our memories because it began while we were waiting to board a flight to Erie, PA to visit my family. The rain was coming down sideways in buckets, very visible through the huge glass panes in the airport. We knew that flight was never going to happen. Not wanting to call anyone to come get us in the horrendous weather, we took a cab home through the flooded streets and managed to get another flight out the next morning.

Jim made the trip to the Mayo Clinic by himself this morning and he called a little while ago to tell me he was on his way home, trying to outrun a haboob, the unusual phenomenon of a wall of dust that is not uncommon in the Phoenix area during the monsoon season. 100+ temperatures and walls of blowing dirt. Doesn’t sound like a fun place to live during the summer.

The ultrasound Jim had done confirmed he has a blood clot from his thigh to the calf, and he got a referral to a vascular surgeon for next Tuesday. Another trip to the Mayo, but his office is in the hospital at the very northern part of Scottsdale, so it will cut off about a half hour from the drive time.

Last night we had happy hour at the Lumberyard in downtown Flagstaff with Eric and Maureen (Two Scamps). We met last July in Ouray, where we did some hiking with them, Box Canyon Mark and Bobbie, and Boonie. It was nice to see them again, and next week we may move on down to the Marshall Lake area south of town where they are boondocked. We tried to get them to join us here but they stayed in this area last summer and almost didn’t get out due to mud. I think the road has been improved since then, and as long as we only get a shower every couple days it doesn’t seem like it will be a problem. Oh, and they bought an older Lazy Daze since we saw them, which they are living in.

I wasn’t sure I would remember them when we walked into the bar. These are the only pictures I took when we hiked with them. They are in the foreground. Not a very good photographer! 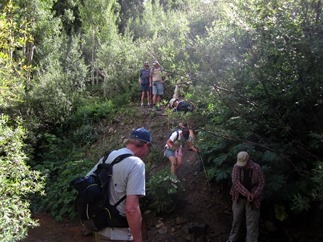 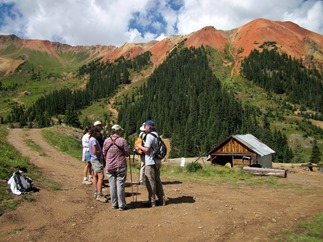 As I sit here typing this, a rescue helicopter keeps hovering over the meadow across the road. It looks like they may just be practicing, but it caused a herd of pronghorn to run away quickly. 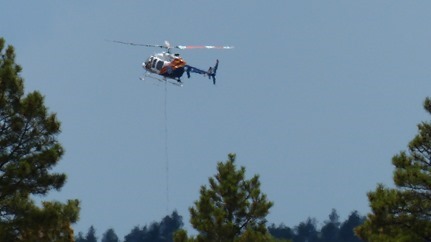 We’ve had a new visitor to the feeders, a rufous hummingbird. Haven’t seen one since last summer in Colorado. It was hard to get a good shot through the tinted glass, but I will keep trying. 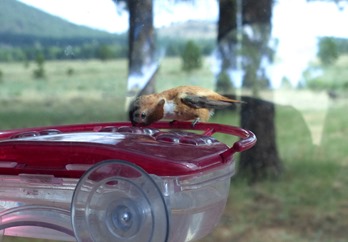 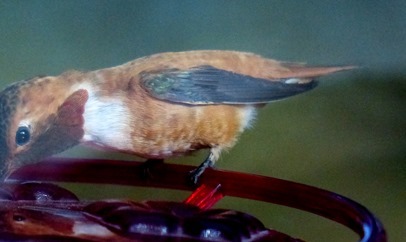