A Taste of Yosemite 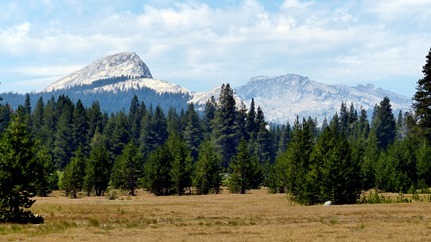 We are camped 20 miles from the east entrance to Yosemite National Park. For the past two years I’ve attempted to get reservations in Yosemite Valley during May, but apparently a million others were also trying to book sites and I was unsuccessful. I’ve given up on the Valley, since it’s hot and we don’t want to go there with the hoards of summer vacationers anyway, but being so close to the park we had to at least see the east side.

And we were not disappointed. It is quite an impressive drive over Tioga Pass and into the park. We took our friend Robin’s advice and drove another 5 miles to Tuolumne Meadows and hiked almost 6 miles on the Lyell Canyon Trail, which also intersects with the Pacific Crest and John Muir Trails. It was cool, green, not much elevation change, and followed the river most of the way. A good first hike in the park at almost 9,000’. Those mountains are calling us, though. A hike for another day…

We saw quite a few backpackers on the trail. This group of three looked new to the sport. A cooler?? 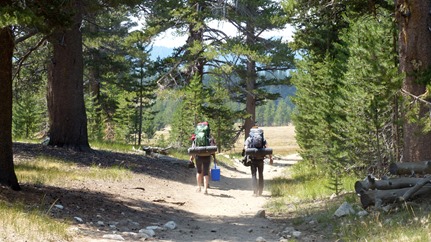 Walked through the Tuolumne Meadows campground to get to the trail. 300 sites, all full, and a waiting list. It looked like tent city. We were so glad to be where we are.

We’ve never seen this before. I read that there has been a lot of recent bear activity in some of the campgrounds, due of course to people leaving out food. 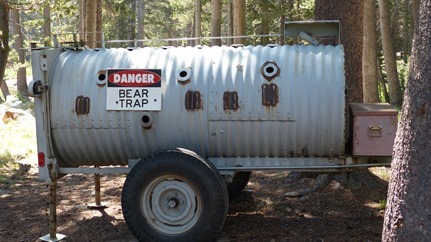 No more words, these photos speak for themselves. 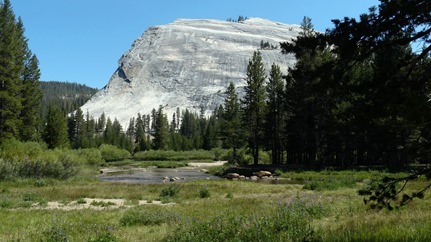 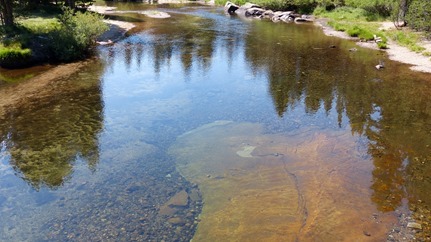 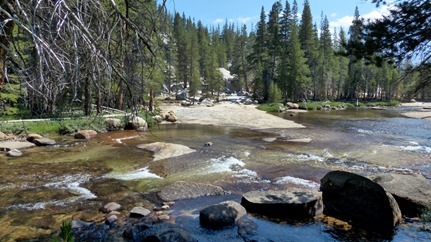 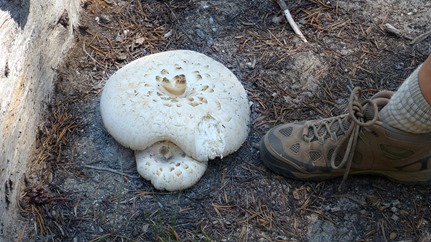 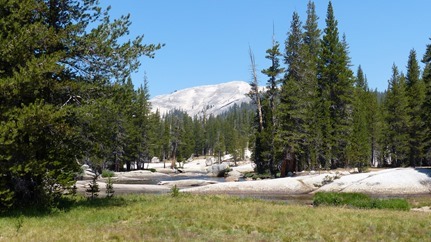 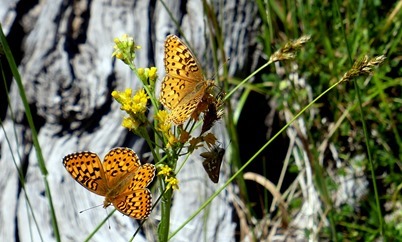 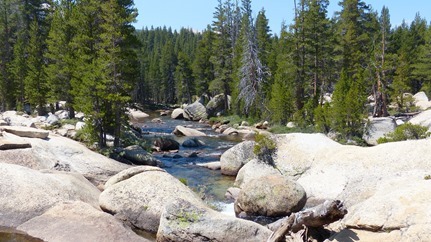 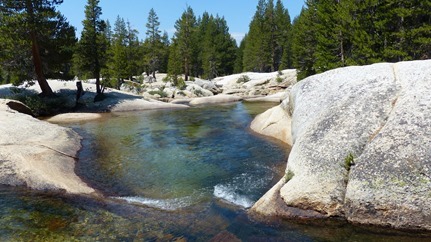 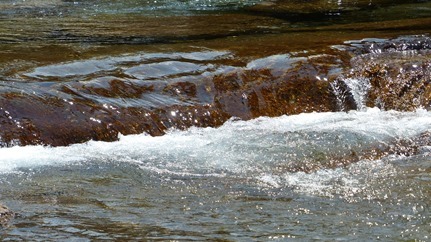