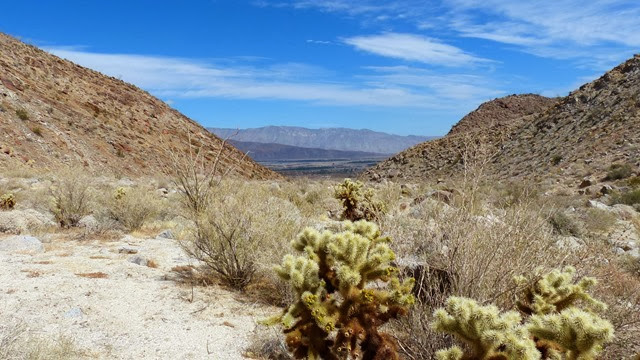 Thursday was a beautiful day, a bit breezy but in the upper 70s, and just perfect for a hike through Hellhole Canyon, just a couple miles from the cute little town of Borrego Springs. I wanted to do this hike when we were here a few years ago but we ran out of time then so it was on my radar for this visit.

It was such a nice day even the rocks were smiling at us. 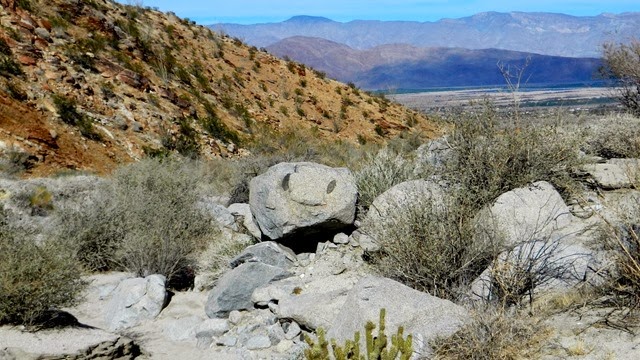 This trail is completely different from the Hellhole Canyon hike we did near St. George, Utah with Mark and Bobbie and the gang back in November. No red rocks this time, but a surprising number of palm trees, wildlife, a pair of lost sunglasses, and even a bit of water. 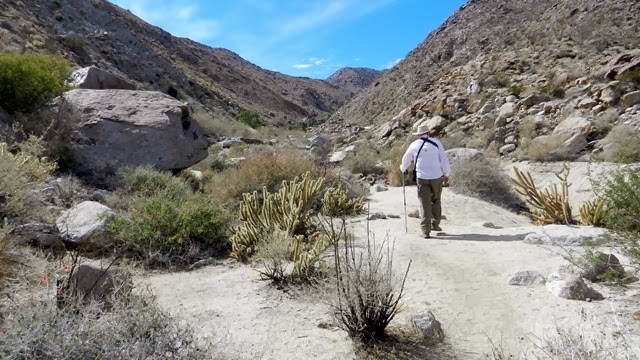 This sign and the three “graves” are about a half mile in. It says “They didn’t bring enough water”. We made sure we did. 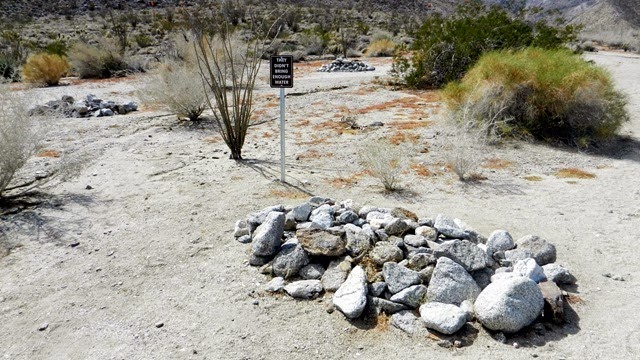 We climbed gently for a couple miles before coming to the palms. There were also some healthy looking sycamore trees, the green leaves being quite a contrast to the surrounding parched desert. 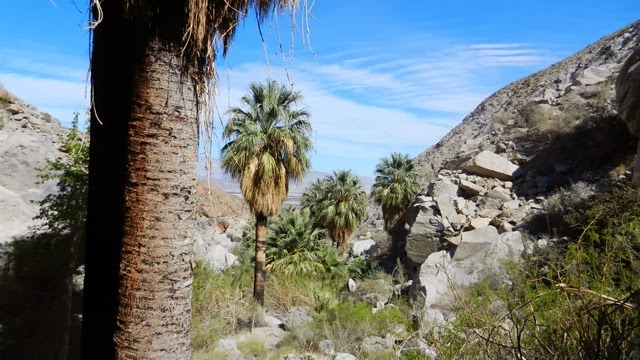 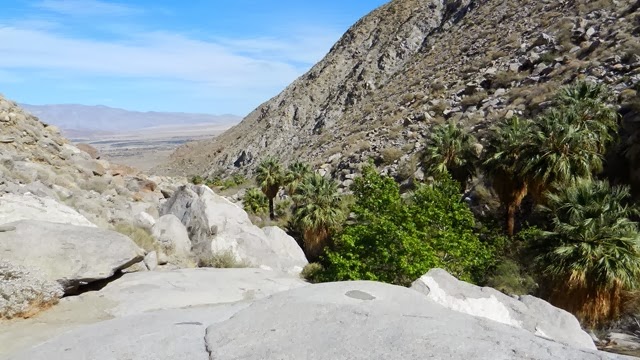 Along the trail I spotted a pair of sunglasses lying in the sand. They turned out to be a very nice undamaged pair of Maui Jims. We decided to take them and see if anyone along the trail lost them. Since there were just a few other cars in the parking lot, we only passed a couple of people who didn’t claim them. Even called the state park office after the hike to see if anyone reported losing them. Apparently they had one call about lost sunglasses that day but they had readers in them, so not the ones we found. Left our name and phone number but haven’t heard from the office so it looks like I have some new sunglasses. Jim keeps telling me they’re too big on my face, but I’m the one who found them and I needed a new pair anyway. And the price was right!

One of the couples we passed who didn’t lose their glasses pointed out this harmless snake between a couple of rocks. We never would have seen it. 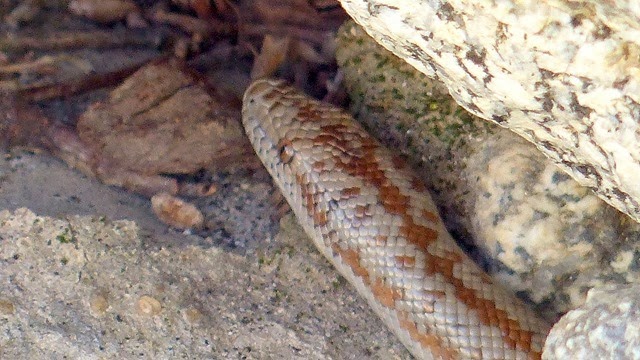 Also saw two jackrabbits and lots of lizards scurrying about. 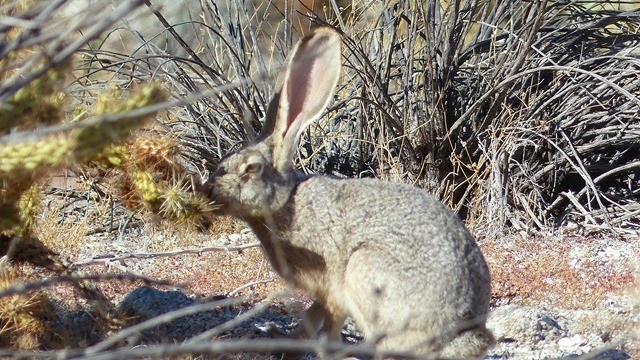 Once the palms begin the trail pretty much disappears and it took a bit of rock scrambling and bushwacking to continue up the canyon. 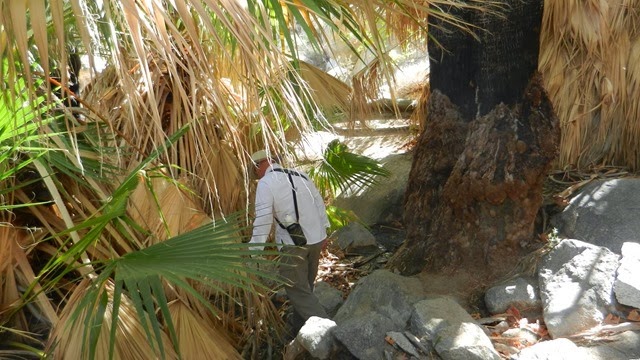 There is supposed to be a 20’ waterfall (Maidenhair Falls) about 2.8 miles in but we didn’t quite get that far and it was getting harder to navigate, so we stopped for lunch content with finding a little bit of running water. As dry as it’s been we weren’t even sure the falls would be there anyway. 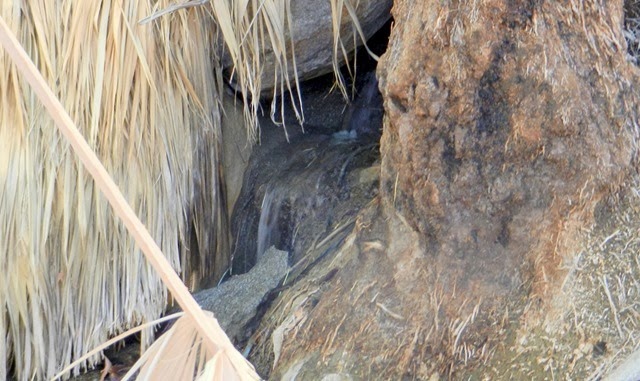 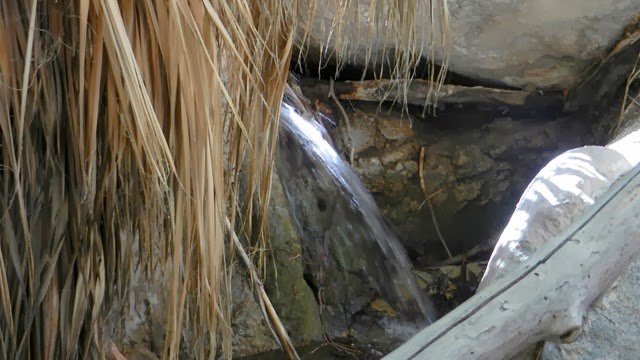 It was still another good hike. 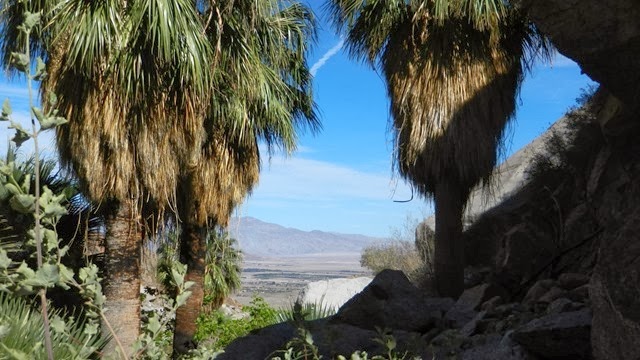 Afterward we decided to drive up S22 into the nearby mountains, where we had a great view of town. 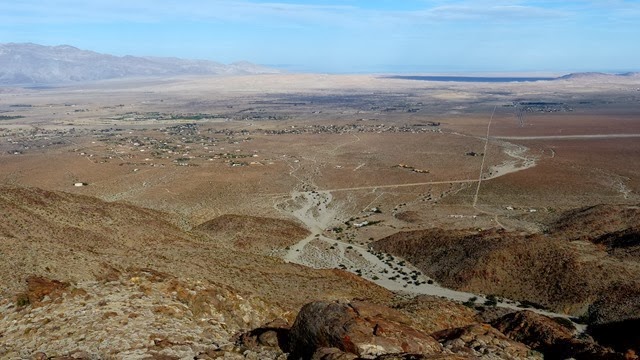 There was 100% chance of rain yesterday, but we didn’t get much except strong winds with blowing dirt. It rained a bit more last night, and a little more today, but not the heavy downpours we were hoping for to clean things off. I’m sure the desert will be happy for even the little moisture it got, though.

We’ve used these rain days for some more inside cleaning, sorting through papers, scanning receipts, etc. Today Jim set fire to a bunch of old checks and other papers. We miss having a shredder.

I doubt anyone built this “horno” for that purpose, but it worked well. 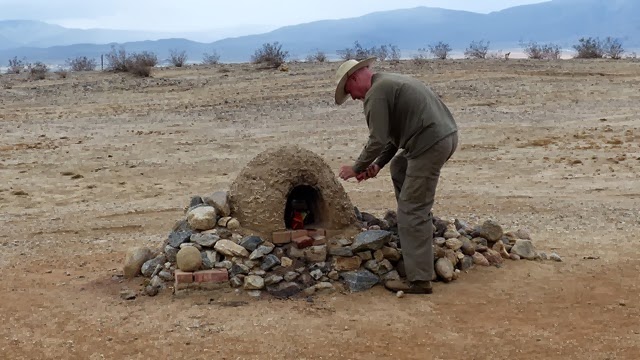 All the evidence went up in smoke. 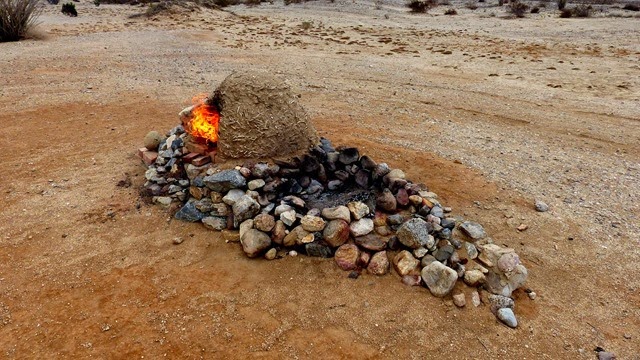 Planning to move on tomorrow, and where we’re headed probably won’t look like this. Our only complaint here is we have a very slow, unreliable internet connection, although it’s pretty fast around 6:30 in the morning. 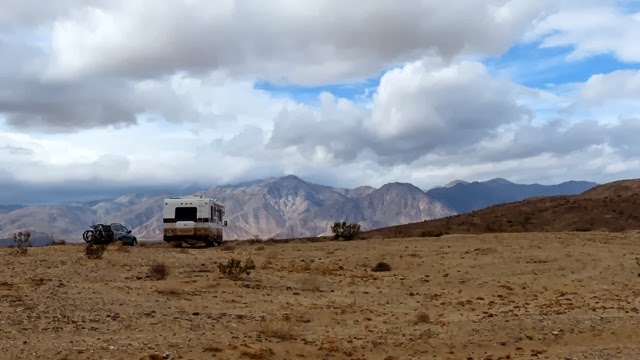