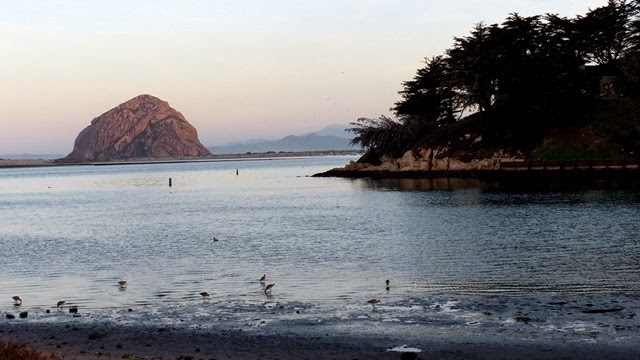 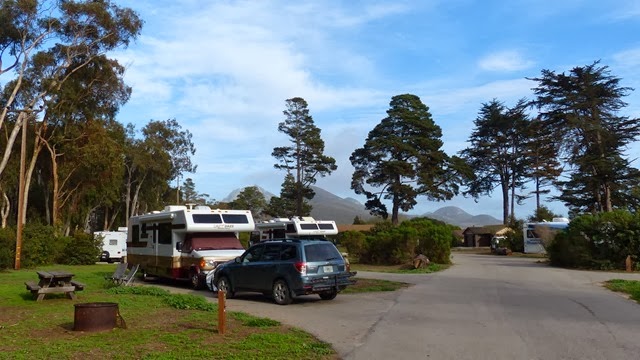 The campground is full of Lazy Daze. A total of forty as of yesterday and I would guess we had previously met about half the people here.

Of course we’ve had happy hours and a pot luck, with another scheduled for this evening. After dinner last night Larry and Renee, who have been organizing this gathering for ten years now, asked everyone to introduce themselves and tell how we came to be Lazy Daze owners. It was a fun way to get to know a little about the people we had just met. Always the comedian, Jim introduced us as “Jim and Gayle, currently in the Witness Protection Program”. 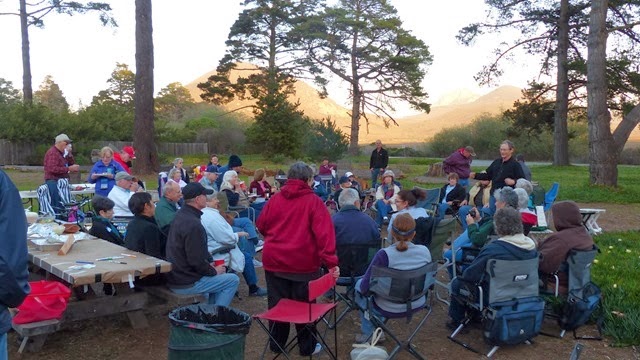 After our foggy weather upon arrival, we’ve been fortunate to have partly cloudy skies with temps in the 60s, just a bit cooler than we like. But nice for the hike up to the 661’ summit of Black Hill, one of the Nine Sisters, a series of volcanic peaks between Morro Bay and San Luis Obispo. It’s a little over 3 miles round trip from the campground. 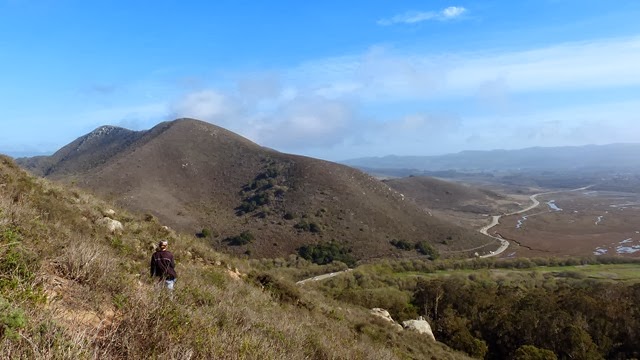 We went right where we should have gone left and ended up off the main trail on a narrow ledge. It required some rock scrambling to get to the top, but I sure wasn’t going back the way we came. 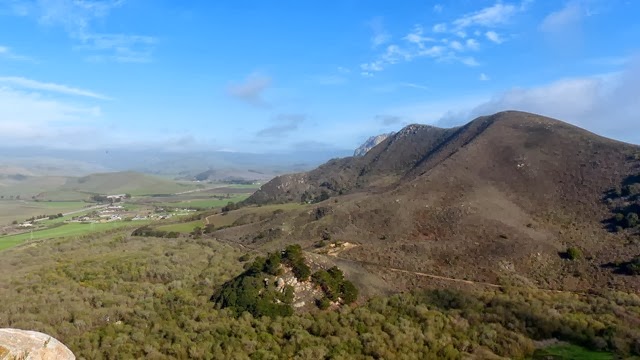 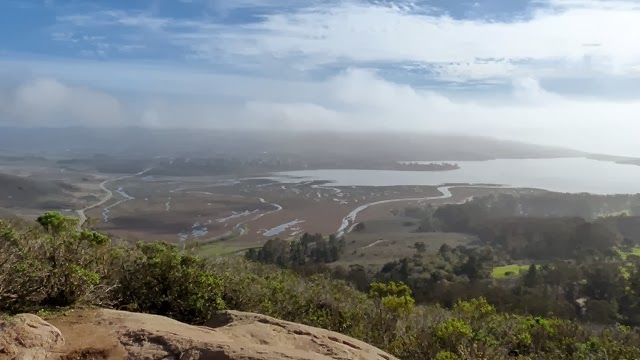 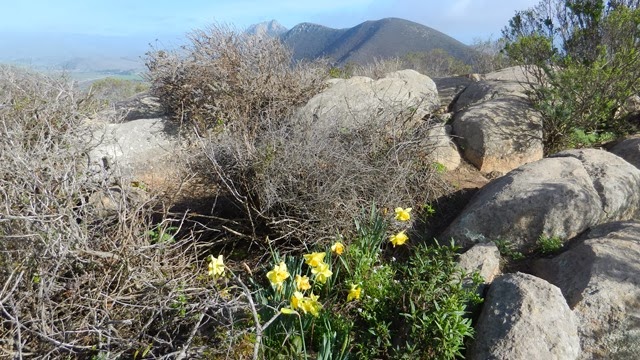 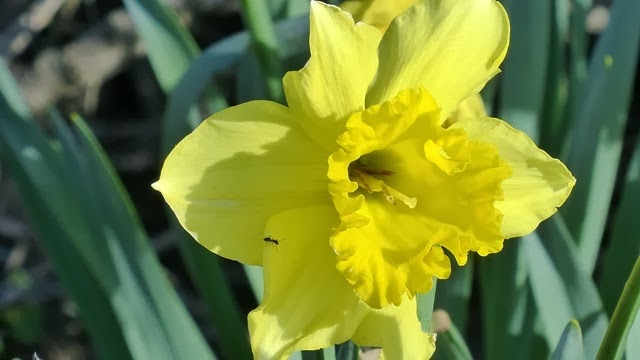 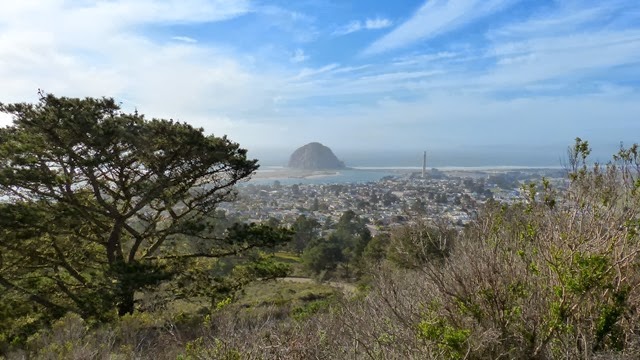 Yesterday we wanted to get a closer look at Morro Rock, another of the nine volcanic plugs, this one just at the entrance to Morro Bay harbor. It was really cool and breezy along the coast, but we walked around the rock, watched the waves, gulls, and squirrels, and even got to see a group of sea otters frolicking in the bay. 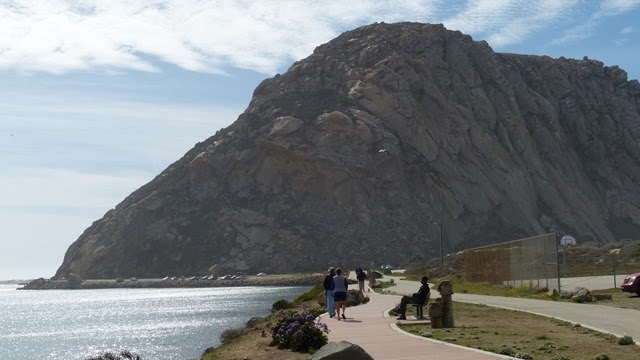 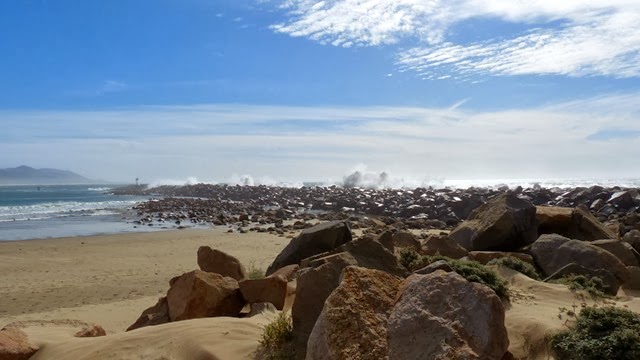 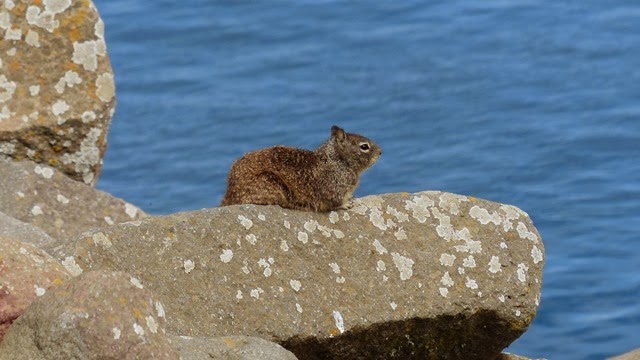 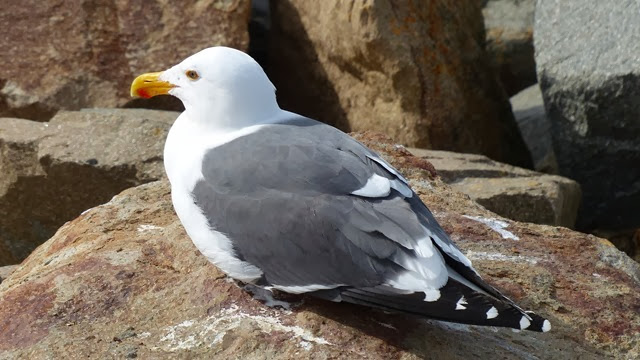 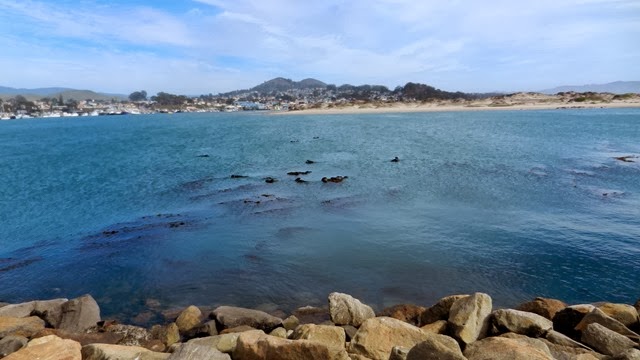 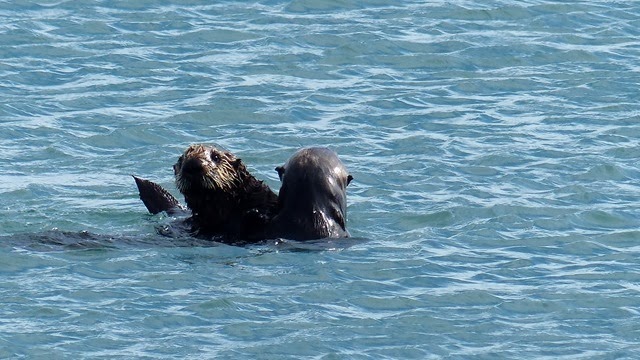 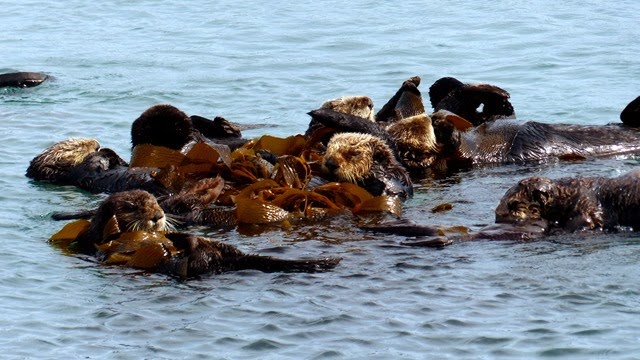 Today is open house, so folks can walk around and check out other Lazy Daze and see what interesting modifications people have done. I’ve already given a tour to several people who wanted to see our new upholstery.

That is followed by a tech talk, which I just might skip! Jim can fill me in on all the details later.