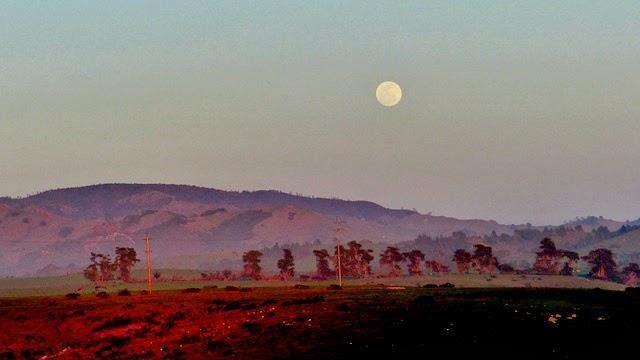 Friday morning we hiked the San Simeon Creek Trail, just across from our site. A 3.5 mile loop through the woods, but we added another mile or so detouring down the boardwalk to the beach. 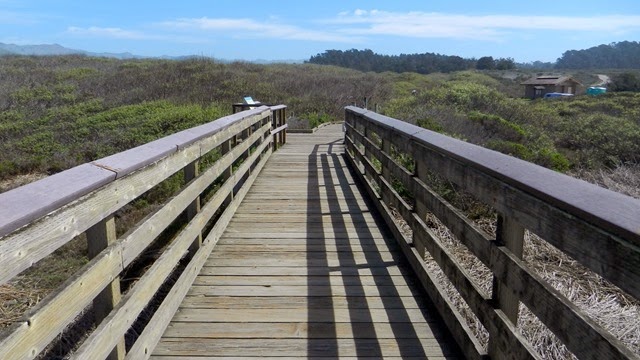 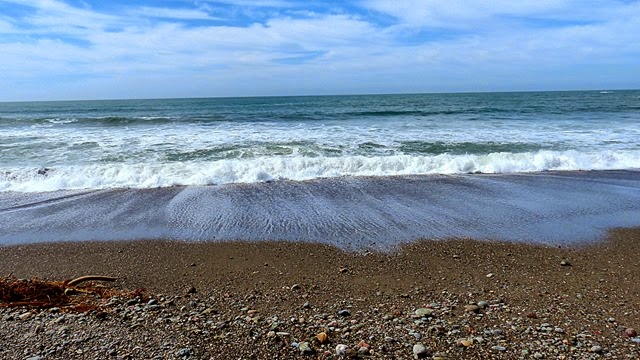 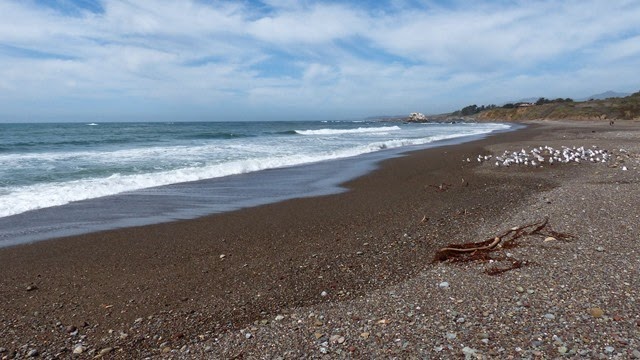 That afternoon we visited the cute little town of Cambria, just a couple miles south of San Simeon State Park. Picked up some really good kale at the farmer’s market, walked the streets, shared a stout at the Cambria Ale House (just okay) and drove past Nitt Witt Ridge, an interesting old house made of junk perched high on a hillside. Tours are available for $10. 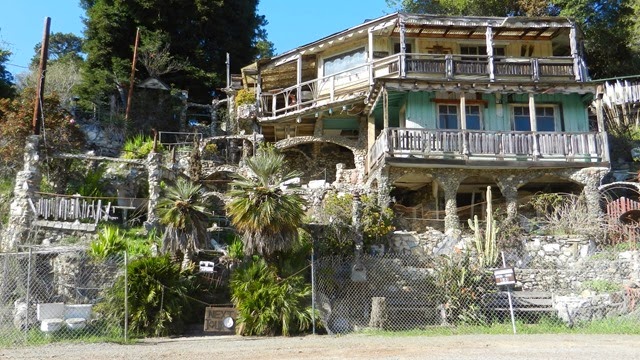 Yesterday we spent a few hours trying to figure out where we’re going over the next several weeks. We’re still up in the air about where we want to stay near San Francisco, and we’re almost to the point of just bypassing it altogether. But with the help of The Ultimate US Public Campground Guide (by fellow Laze Daze owner Ted, and a wonderful iPad app) and Marianne Edwards Frugal Shunpiker’s Guide: California Boondocking, the Sierra Nevada Mountains and Coast, and some suggestions from friends, I think we at least have our next couple of stops planned.

I like the Frugal Shunpiker’s guides because she not only talks about places to camp, but also lists hikes and sightseeing along the way. Lots of great information!

After so much mental work another hike was in order, so yesterday afternoon we drove 18 miles north on Hwy 1 to Ragged Point, at the southern end of Big Sur. What a spectacular location. There was a wedding going on when we stopped to use the restrooms.

Ragged Point from a short distance up the trail. 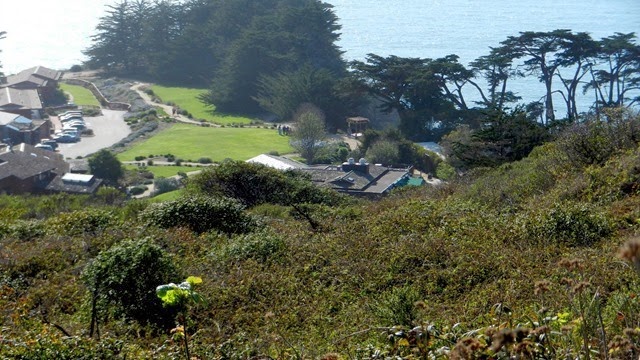 Hwy 1. Must have been quite a feat to build this road. 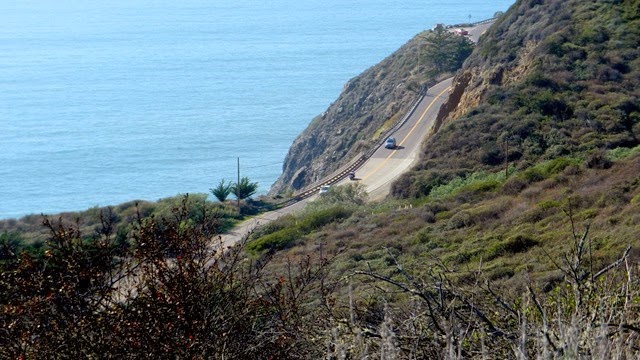 Across the road from the Inn is a fire road in Los Padres National Forest, which is where we took our hike. I read about this hike here, and knew it would be a tough climb, 1,700 feet in two miles. The “trail” is a very steep dirt road, uphill all the way. 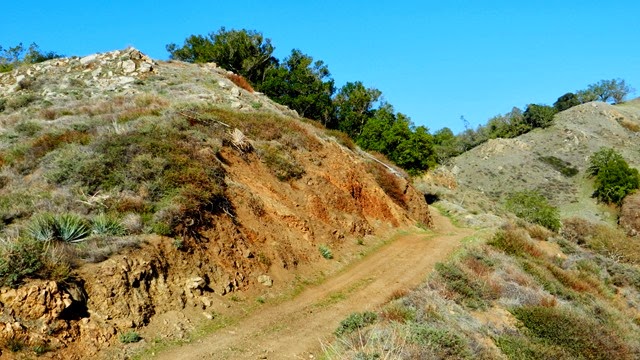 We kept thinking the end was right around the next turn, but the turns and steep climbs never ended. We finally gave up after almost an hour and a half and turned back. The views were great, and had it not been going on six o’clock and we could see the fog rolling in, we would have continued. It looked like we were nearing the top and Jim always hates to give up. Too bad he forgot his phone so we had no way of knowing how far we walked. 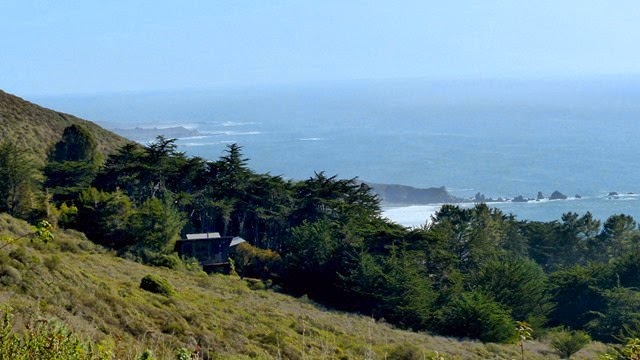 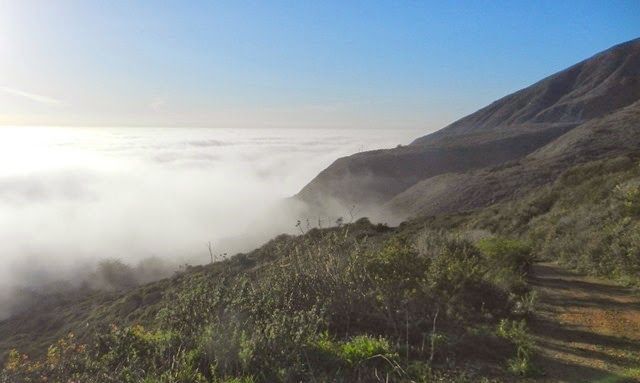 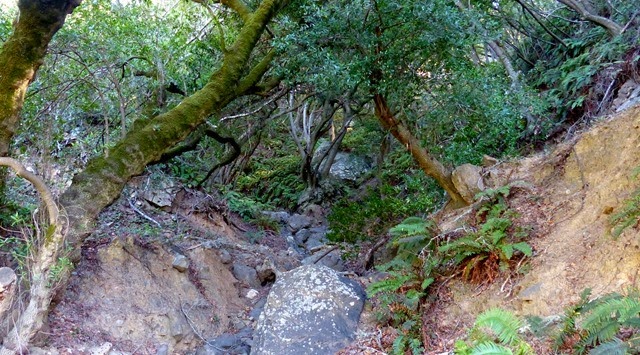 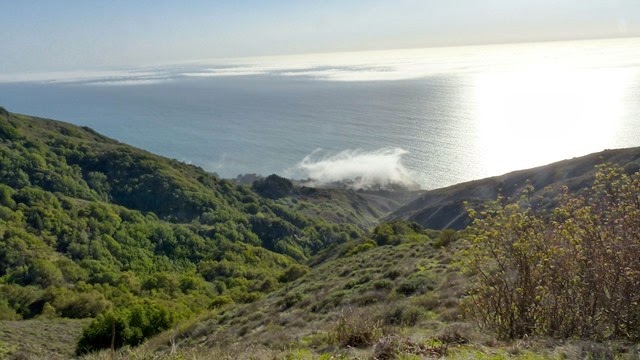 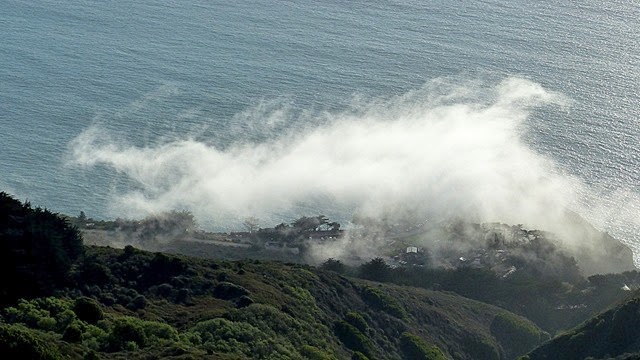 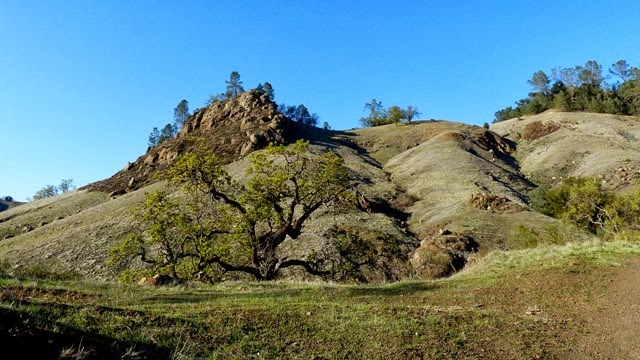 After 20 minutes of downhill on the return, we ran into a young couple hiking up the hill, the only other people on the trail. The guy was tracking their hike on his phone and said they had walked a mile and a quarter. We think we had to have gone at least two miles up but who knows, since we were moving pretty slowly. Then he said they were told that the fire road goes on for eight miles and ends at a monastery! Well, I guess we never would have made it to the end anyway. But we got back down in only 45 minutes. 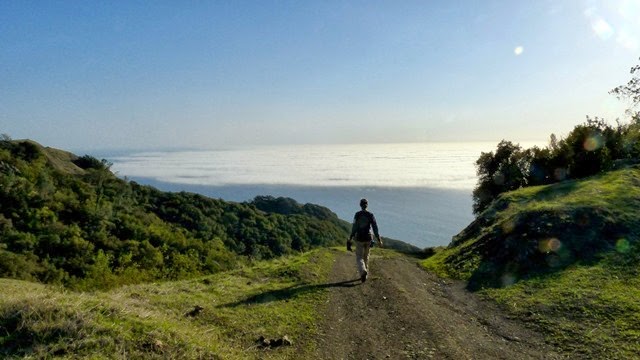 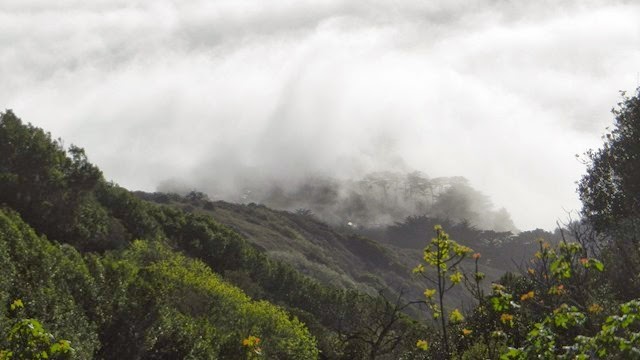 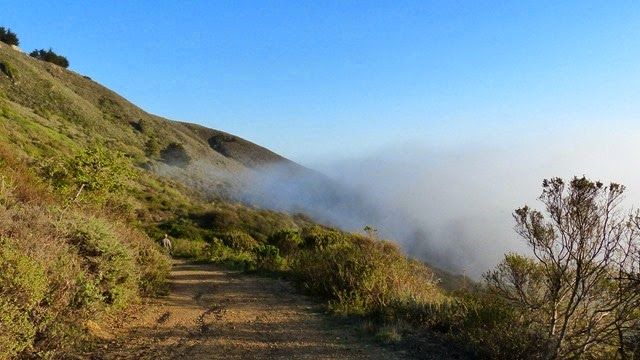 It was a foggy drive back to camp, but we couldn’t resist another stop to look a the Pacific. What a beautiful area this is, and we have had such nice weather so far. Hope it continues. 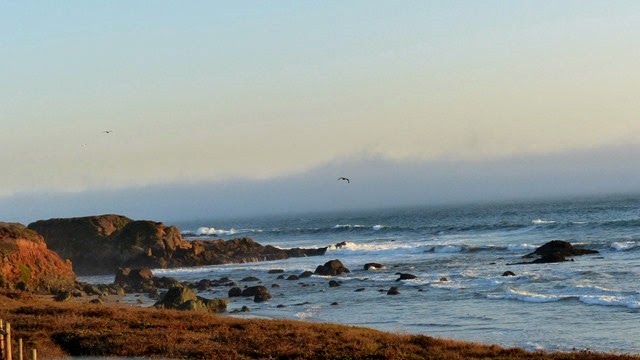