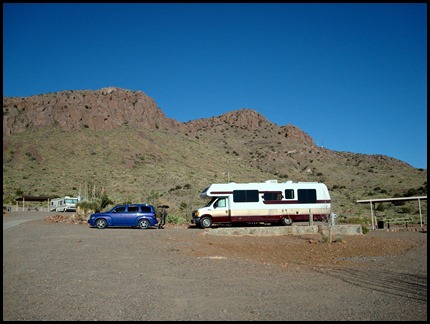 We are back at Rockhound State Park, a very familiar place for us as I think this is at least the 4th time we’ve stayed here. We knew our friend and fellow Lazy Daze owner Andy Baird was here, but we were surprised to see another Lazy Daze across from Andy. Turned out it was Andrea, another fulltimer. We all had a nice visit for a couple hours yesterday. 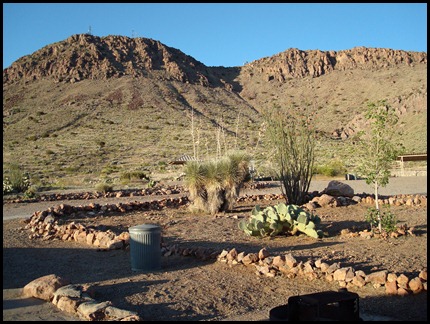 Three red Lazy Daze! Ours is out of sight. 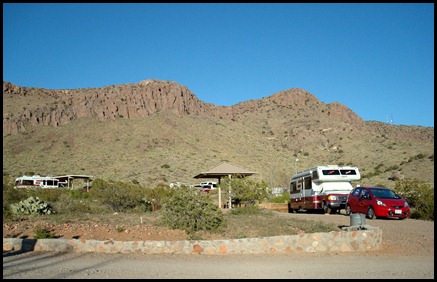 We always forget how pretty it is here, especially when the wind isn’t blowing. Took a walk on the trail behind the campground, where the real rockhounds venture off in search of geodes. You can take up to 15 pounds of rock from the park if you’re so inclined. 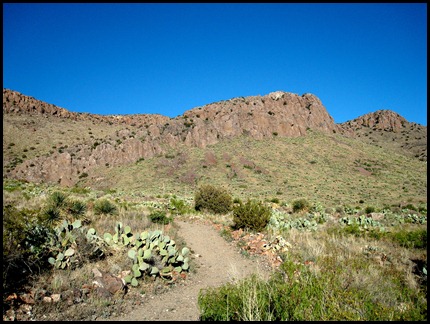 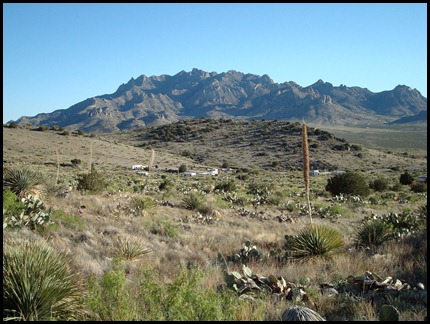 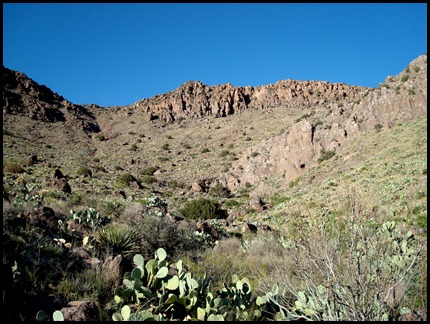 Today Debbie and I took a little trip 30 miles south into Palomas, Mexico. She was getting a crown finished and I am still having a little discomfort after the root canal I had done in February. The dentist took an x-ray and said it looks like a beautiful job was done on the root canal but I still have some infection at the tip of the root. He said a redo of the root canal probably would not help, and antibiotics may give me some relief but would not completely get rid of the infection. So I have to make a decision on what I want to do. The oral surgeon can do the procedure on April 30, although we were not planning to hang around here that long but can always change our plans if I decide to go ahead with it. After talking to my friend Candy in Pensacola who works for a dentist, I suspected that was going to be my best option anyway. That or have the tooth pulled, which since it’s a front tooth is not really high on my list of options!

Jim spent the day picking up our mail at the post office and setting up our new Millenicom air card. He finally had enough of Verizon, so we’ll see how this new plan works out. He’s also been working on our tow brake light issue, which he still hasn’t resolved even with a little help from Andy. Speaking of Andy, I wanted to plug his website, Eureka! Live. It is full of lots of useful information about RVing and living in a small space, whether you own a Lazy Daze or not.