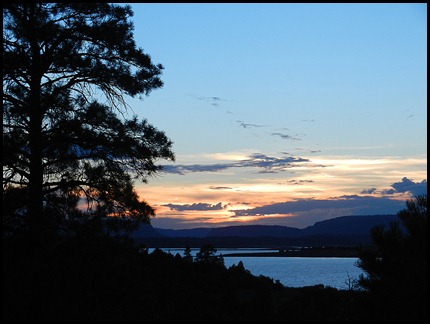 History was always my least favorite subject in school. I was lucky if my brain could retain all those names, dates and places just long enough to pass a test. Math, science, foreign languages. Now those were subjects that interested me. Solve a problem, translate a paragraph, something concrete that had some relevance to the real world. If a reporter stopped me for one of those “idiot on the street” questions, like, when did the War of 1812 take place, I would probably stand there with a blank look on my face.

So now that I have more time to read, and greater access to a variety of books for our e-readers, I have been on the lookout for some interesting history books. After trying to slog through a biography of Theodore Roosevelt, I wanted to read more about him, something less dry and “historical”.

Jim managed to find the perfect book, The River of Doubt: Theodore Roosevelt’s Darkest Journey, by Candice Millard. After his defeat in the 1912 Presidential election, Roosevelt decided to take a scientific expedition in the Amazon along a well-known route. After arriving in South America, he changed plans and ended up on a journey into the unknown, along a 1000 mile previously unexplored tributary of the Amazon River.

This book reads like an adventure novel, with the expedition party experiencing almost constant rain, heat, rapids, starvation, disease, injury, death, piranhas, snakes, insects, unfriendly natives, isolation, you name it. And after a certain point there was no turning back.

I won’t tell any more of the story, but it will keep you on the edge of your seat wondering how or if they will ever make it out of there alive. Teddy Roosevelt was certainly an impressive man. 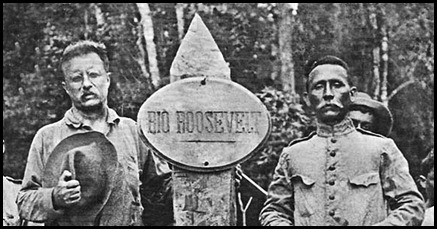 Roosevelt and Co-Commander Rondon in photo. Roosevelt lost about 25% of his body weight on the trip.

I am now looking forward to reading another book by Candice Millard, Destination of the Republic: A Tale of Madness, Medicine, and the Murder of a President, about James Garfield, a President I know virtually nothing about. I’ll let you know what I think.

And I would love to get some recommendations for other interesting history books. Maybe that will help change my mind about the subject.