This is now the fourth or fifth time we’ve stayed here at the South Monticello Campground, which is the northernmost campground in the state park. For some reason it remains one of our favorite places. All sites have electric and water, and great views of the lake and surrounding mountains. Over the 4 years we’ve been coming here, the lake level has been gradually falling due to the drought. We are in site 22, which used to be very close to the lake. 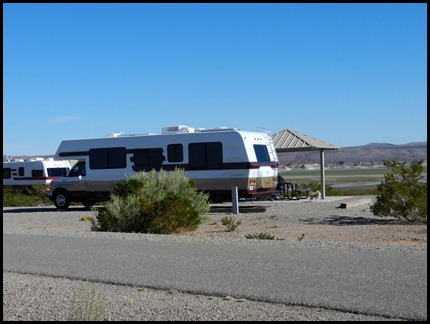 Our view of what’s left of the lake. 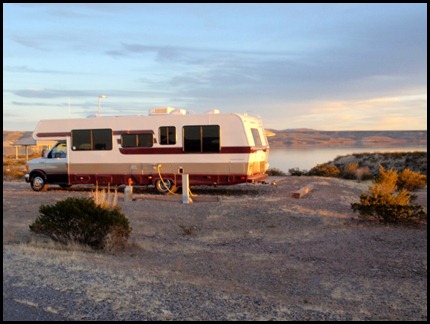 The lake was full of water back then. 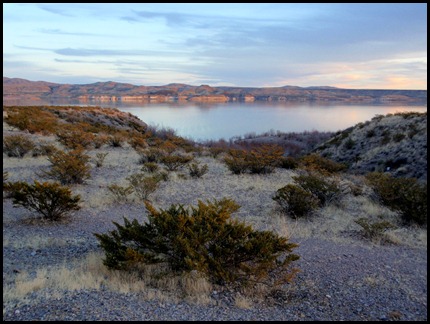 Yesterday was our anniversary, so we celebrated by going to Truth or Consequences. Debbie treated us to a great lunch at Cafe Groovy Gritz , a new restaurant in town. Our favorite place for pizza here, Cafe Bella Luca, is closed on Tuesday, so we’ll have to make another trip there later this week.

After lunch Jim wanted to try out the off-road capability of the Subaru, so we took a ride by the dam looking for roads. Didn’t find anything there but it was a nice drive.

All the green areas used to be under water. 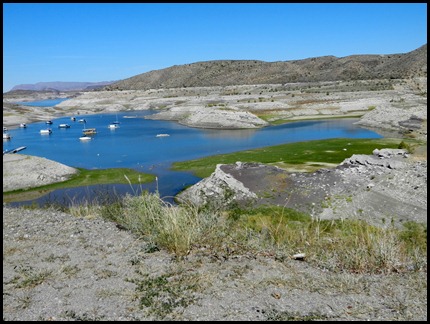 The Elephant Butte, where the park and lake get their names. You really have to use your imagination to see the sleeping elephant.. 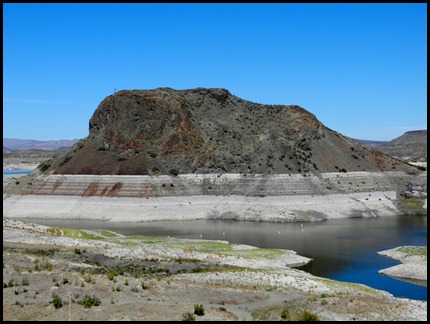 We then remembered there was a dirt road along the Rio Grande where we had hiked before. It’s hard to tell by the photo, but this hill was steep and rocky. We were impressed by the way the Forester handled the hill and rocks, and how comfortable it was going down the rough, washboard road. We think we made a good choice! 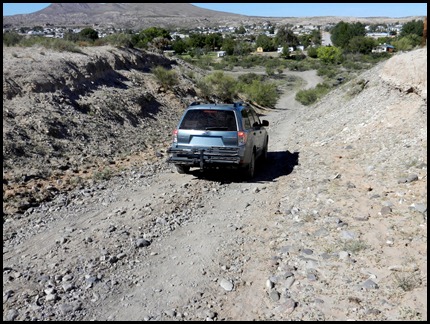