The Balloons Went Up 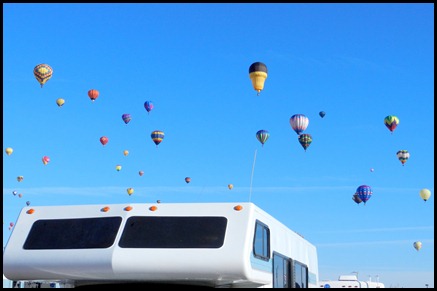 Although the forecast called for high winds on Sunday morning, the weather man was wrong again, and the balloons were able to fly. Even though we've seen them before, it was still exciting watching them soar over the sea of RVs. 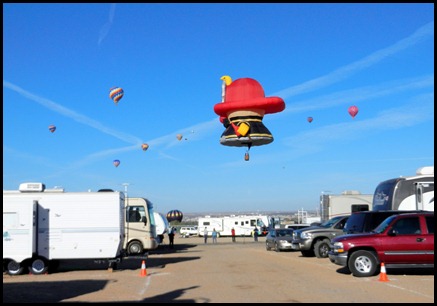 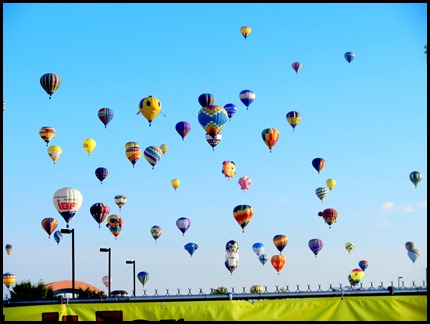 Elvis was an new balloon this year. 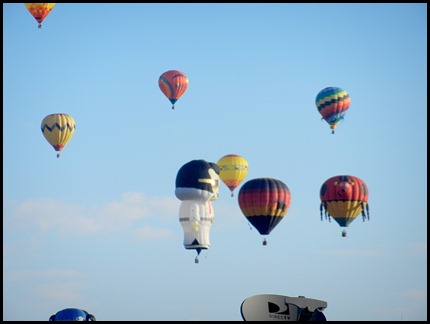 Late Sunday afternoon the group had a wine and hors d'oeuvres happy hour. 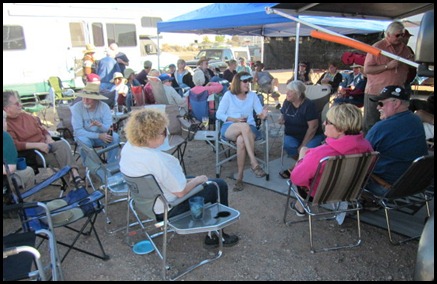 It was surprising that several people were on vegan diets due to health issues, so there were some foods we could eat. They told us at the Morro Bay, CA Lazy Daze get- together in the spring, about half of the people there were vegans. I'm glad to see it is becoming more mainstream, due to the popularity of The China Study and Forks Over Knives. It may take awhile, but as it becomes more widespread, it's just a matter of time before more restaurants offer vegan alternatives.

That evening we walked over to the balloon field with Debbie, Robin and Lydia to see the Balloon Glow and fireworks. Although huge crowds aren't our idea of fun, walking on the field amid the sights, sounds, and heat of the inflated balloons is something not to be missed. 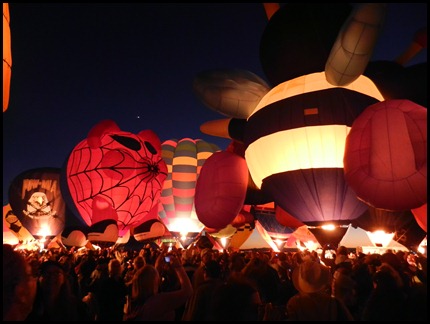 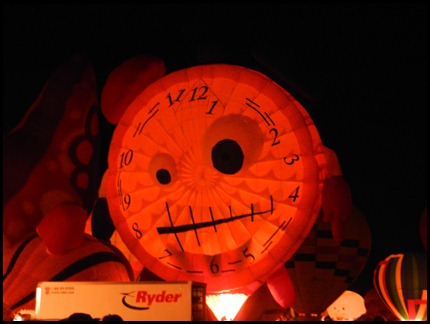 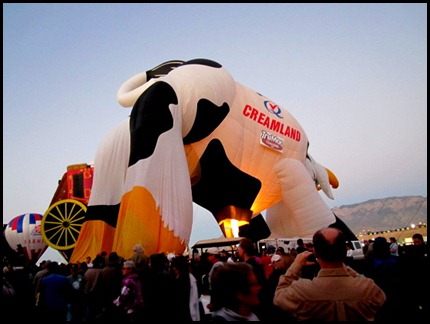 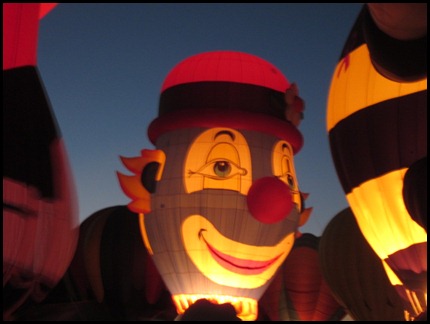 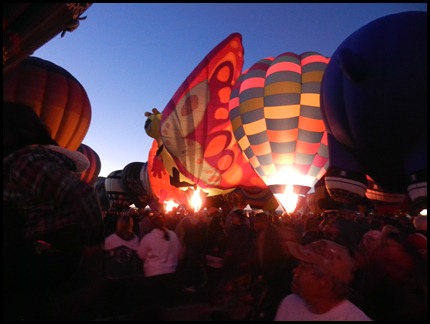 We really enjoyed our 3 days at the Balloon Fiesta, but moved south yesterday to Elephant Butte Lake State Park. Quincy seems to be having some teeth issues, so we took him to the vet yesterday afternoon. They had to pull 2 of his teeth a couple years ago when we were here. The vet didn't see any abscesses or mouth ulcers, just a lot of plaque, but due to his kidney disease did not want to risk anesthesia to clean his teeth. She did blood work and his kidney values were about the same as 5 months ago. Most days he is eating, playing, and interacting with us as usual, so his quality of life is still pretty good. She recommended another supplement to lower his phosphorus, so that will be 4 medicines. Good thing 3 of them are powdered and can be added to his canned food, when he feels like eating it. This is why we don't want any more cats, at least for awhile! 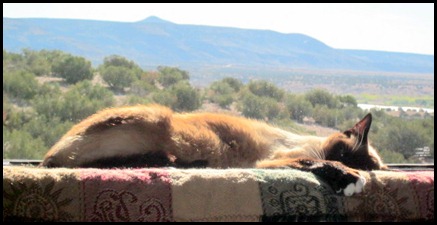