Hot on the Trails of Big Bend

Yesterday morning we drove up to the higher elevation of Chisos Basin to do a cooler hike to The Window. This is a popular trail we had done before but didn’t remember much about.  It’s around 4 miles round trip to a great view through the rocks, with lots of shade and not too much change in elevation. 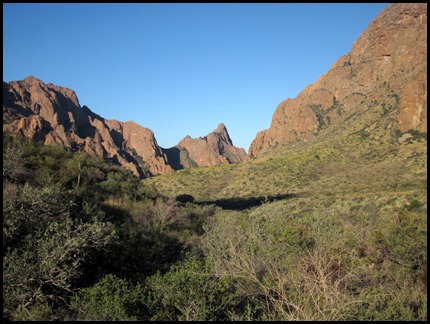 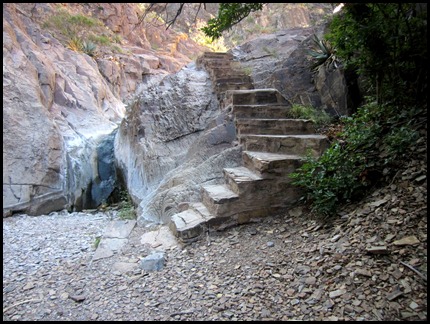 There was even water in the pools. 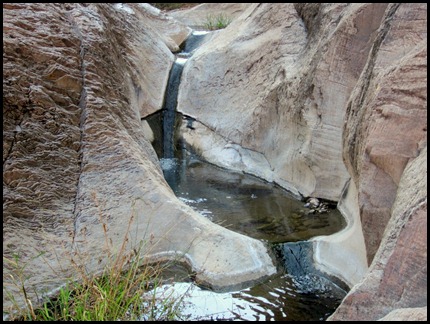 Approaching the Window and the end of the trail. There is nowhere to go but down from here. Way down. 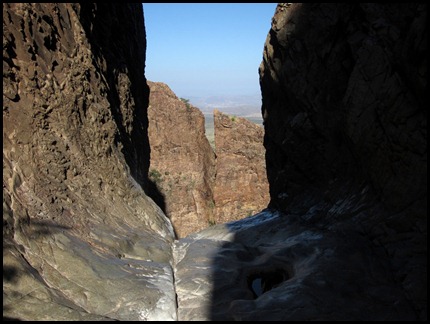 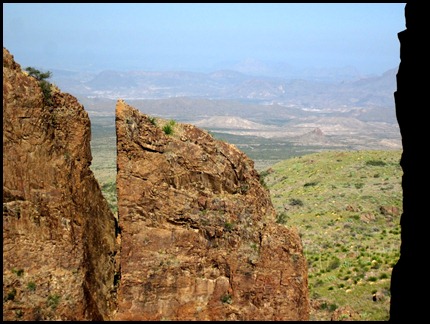 We stopped at the Chisos Visitor Center and asked the ranger there about some other hikes. She suggested Pine Canyon, but said the 6 mile primitive road to the trailhead requires a high clearance vehicle. All right, a chance to test the Subaru again.

So this morning we got to go both off-roading and hiking. We are getting more comfortable knowing what we can safely drive over, and love the comfortable ride we get on rough dirt roads. We definitely made the right choice of vehicle, just wish we had done it sooner. 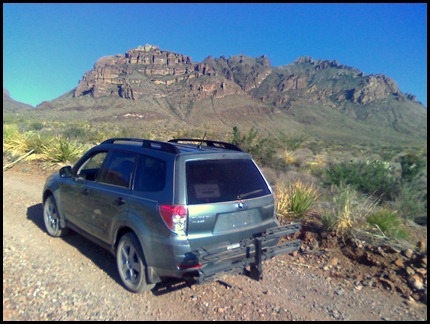 The hike was good, too. Another 4 mile round trip that climbed gradually from a sotol grasslands to a cool forested canyon. The trail ends at a 200’ cliff with a waterfall. It must be really impressive after a good rain. We forgot the camera and took a few pictures with the phone but most of them didn’t look very good. We never saw another person the entire hike, and only passed 2 trucks on the road. Jim got a little stressed since it was a single lane road, but we stopped and they managed to get by. 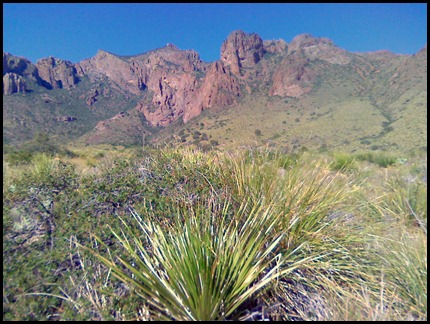 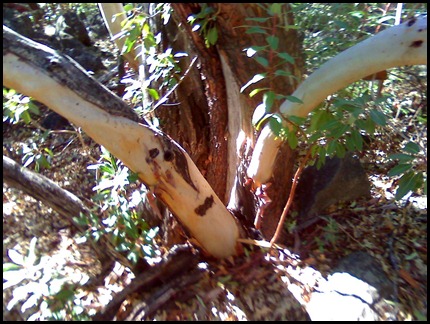 We had an interesting experience last night around sunset. Jim and I took a short walk down the Croton Spring trail, and when we turned back we saw a small motor home pulling in between ours and Debbie’s. At first we thought they were just turning around, but then realized they were parking. Jim went over to tell them there were only 2 sites here, but they were German and didn’t speak English very well (or at least pretended not to), and since they were just looking for a place to park overnight we let them join us. Now if they had kids with them we would have politely asked them to find another place! They’ve been traveling for almost a year now, 6 months in Australia and 5 in the US. They are heading east as they only have a 6 month visa and have to return to Germany next month. They said they liked Australia but like the States better since there is much more variety here.

There have only been a few other vehicles come down our road and turn around, but we’ve yet to see a park ranger come down to check on us. So if you run a generator in the backcountry and there is no one there to hear it, does it really make any noise???