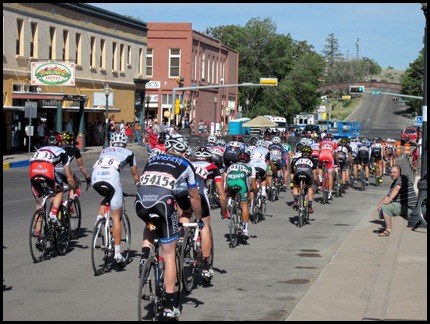 The Tour of the Gila 5 day bicycle race is advertised as one of the toughest in the country. If you’ve ever been to the Silver City area, elevation 5900 ft and higher, you would know why. It’s definitely too hilly and challenging for us to ride around here, but the pros like that sort of thing. Yesterday we went downtown to watch the pro men’s criterium, 40 times around a one mile loop through the downtown streets. We got there just as they were starting off. 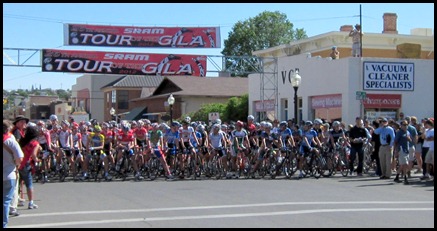 We learned years ago after seeing the Tour of Georgia that a circuit race or criterium is much more interesting than watching a road stage. After standing around forever waiting for the riders, Lance Armstrong and his US Postal Team zipped by us so fast we could hardly tell who they were. And that was it for the day! The following day we watched them do a circuit race around downtown Rome, GA, where they went round and round multiple times and we actually got to see them much better. It’s also good to stand at the top of a hill since they are going a bit slower.

This was Jim’s only picture of Lance Armstrong, in the yellow jersey, missing his head. 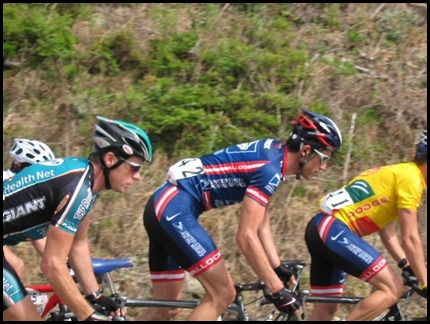 This was the first time Debbie had been to a bike race, and I think she enjoyed it, too, although she got nervous watching them take the corners. We just like the colors, sounds and of course the possibility of a big crash. Fortunately for the riders there were none.

Having ridden bikes for years, we really appreciate the effort and training it takes to become a pro cyclist. Here’s a short video as the riders were turning a corner. Enjoy. We sure did! 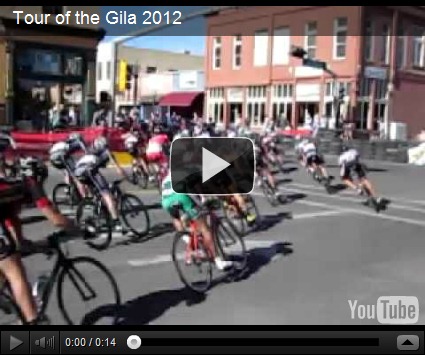