Signal Peak Trail. A 2.5 mile climb to the second highest peak in the Pinos Altos range, 15 miles north of Silver City, NM. Trailhead is at 7200’ elevation. Peak is almost 9,000’. We did it because it was there. 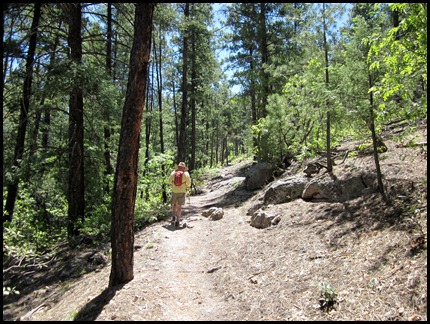 We blamed it on the altitude. Our pulse was beating in our heads with every step. We were both lightheaded and felt weak. An older gentleman with 2 dogs was coming down the trail. His legs bother him going down and he thinks it’s easier going up since he can pace himself. We tended to disagree at that point. He told us we were about a quarter of the way up. These were the steepest switchbacks so far. Jim said he needed to sit down. I suggested turning around. No, just need to rest. We split a Cliff Bar and continued on. We are normally fairly fast hikers but felt like we were barely moving. The switchbacks ended and we hiked along a ridge, climbing a bit more gradually. We got some occasional views of the mountains through the trees. We were feeling a little better. 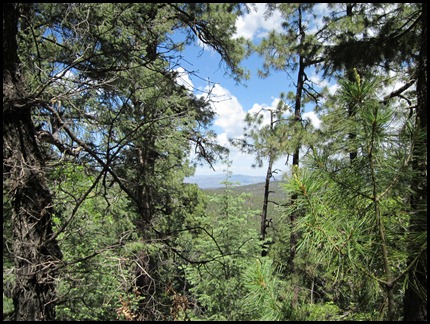 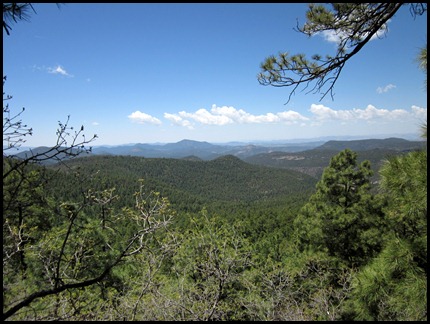 We heard voices. A couple with a dog were coming toward us. We didn’t even ask them how far along we were, just said hi and continued on. Maybe we’ll be able to talk on the way down.

The switchbacks started up again, not quite as steep as the previous ones. Then this came into view. A fire tower, a couple small buildings, a picnic table, trash cans, an outhouse, a Jeep, and pink flamingos! We made it to the peak. Who knew we could have driven there, but what fun would that have been? And we made it in an hour and a half. 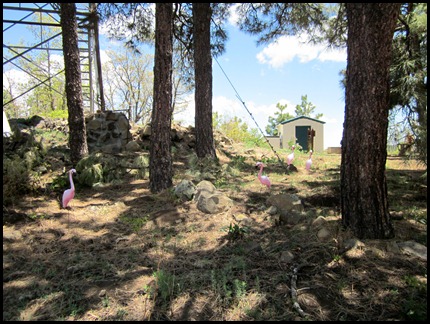 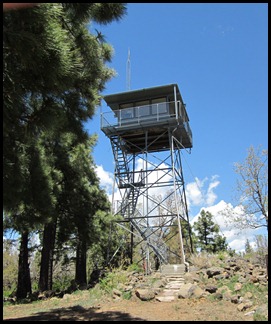 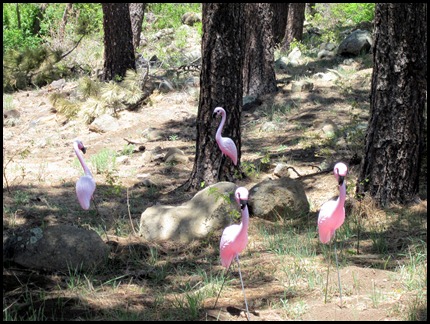 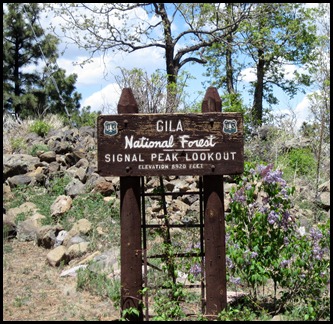 We sat at the picnic table and ate our peanut butter and jelly sandwiches. A tough hike makes PB&J taste like a gourmet meal. There wasn’t much of a view from there so we walked around the peak to find a better spot. We heard a man’s voice from above. “Would you like to come up into the fire tower and see the view from here?” Sure, we’ll be right there. Well at least Jim would.

I started up the first flight like I wasn’t afraid of heights, then panicked on the second flight as I looked down through the open rungs of the steps. It took a few minutes and sitting down on the steps until I regained my composure and told myself this was silly and I could make it up there. And I was so glad I did. 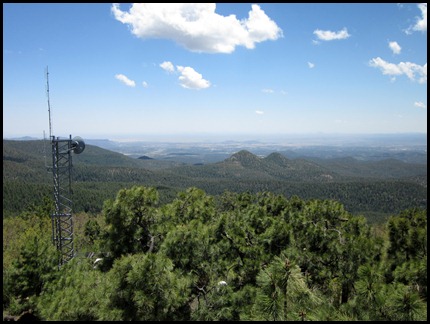 We spent over an hour in the tower, talking with John the fire spotter. 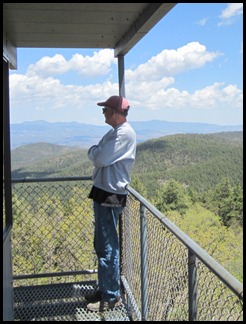 Here he is lowering the map to show us. 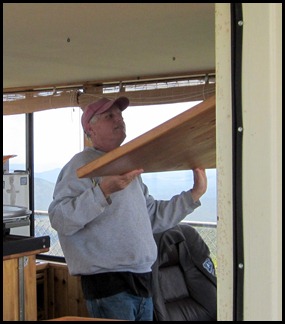 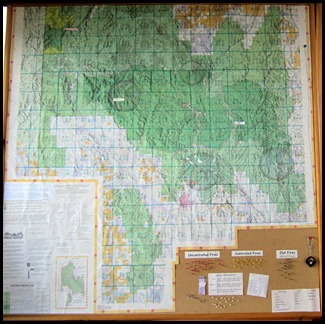 We got a tour of his office in the sky. What a great place to work. He’s been doing this for 13 years, April through September. He and his wife retired and traveled in an RV for a few years, trying to find a better place to live than San Diego. They came to Silver City and loved it. They live in a 400 sq ft house on several wooded acres. He said living in an RV makes you realize you don’t need near as much as you thought you did. We had to agree.

Said he never gets bored and never takes the view for granted. Jim wants his job. Talk about million dollar views. 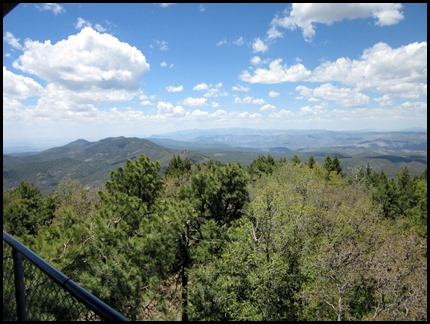 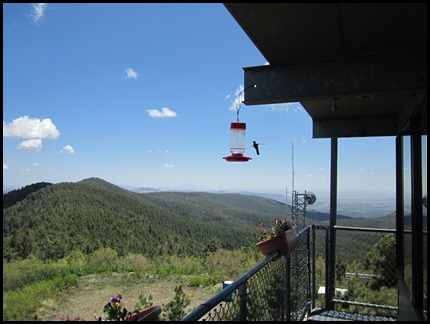 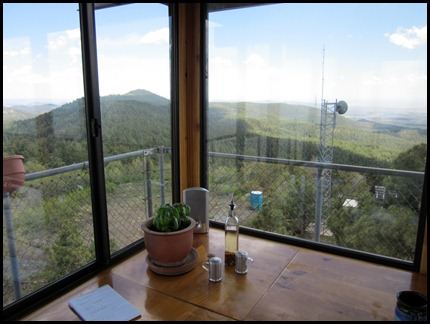 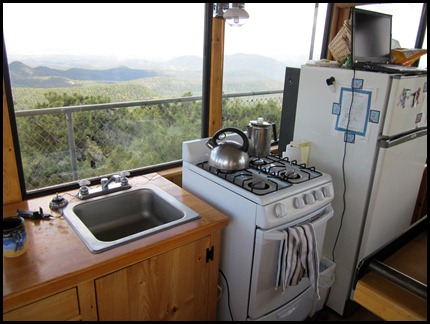 We hated to leave. John was a delight to talk to, and we were in awe looking out over 4,500 square miles of forest.

We literally flew down the trail back to the car. This was one of the steeper spots. We talked the whole way down and it took us less than 45 minutes. And we never saw another soul on the trail. This ranked up there as one of our favorite hikes. 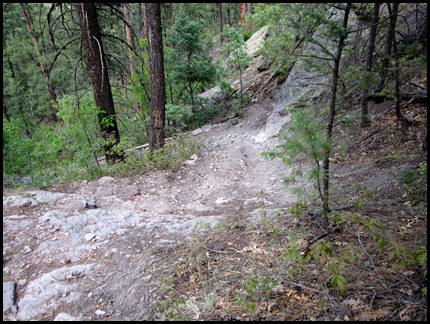 We are definitely leaving Silver City on Tuesday, and won’t have internet for at least a few days while we explore the Gila Cliff Dwellings area and Lake Roberts to the north.