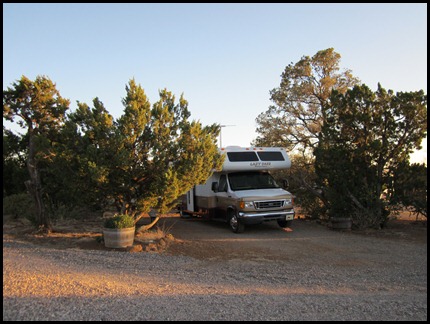 We’re spending a week at Manzano's RV Park, just a few miles from downtown Silver City. For a commercial RV park it is quite nice, only 18 sites, very clean and quiet, with lots of trees. It was also the least expensive park in the area, at $130/week. 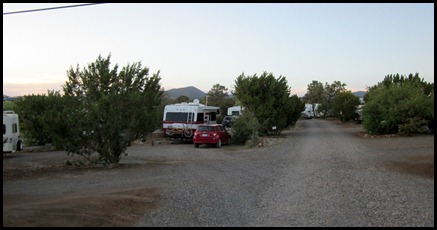 One day we did a little window shopping downtown and hiked the Boston Hills Open Space, with 25 miles of trails overlooking town. This was a former mining area, and there are fences around some of the larger mines. I think every one of them we saw had a broken part of the fence which allowed access. We figured since this is a college town, the students come out and party in the mines. And shoot at the signs. 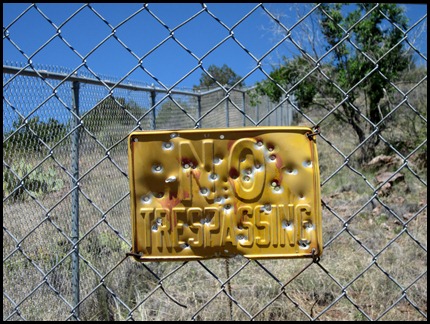 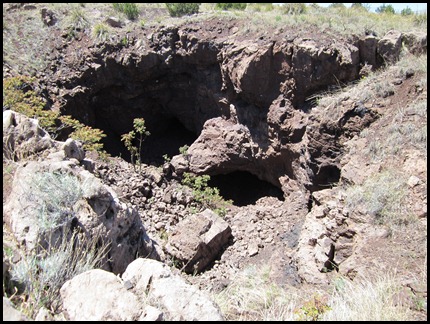 Nice views from the trail. 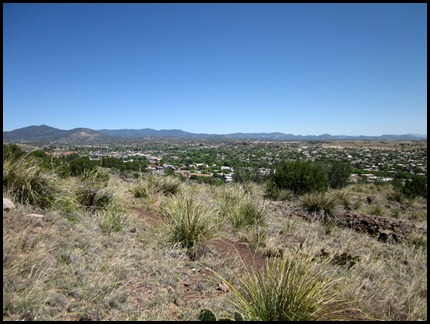 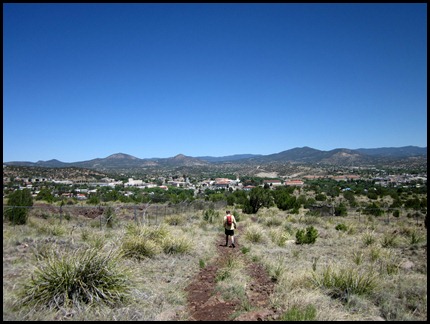 We did another hike at nearby Ft. Bayard, which was established in 1866 by Company B of the 125th U.S.Colored Infantry, also known as the Buffalo soldiers. There are still quite a number of buildings standing, and a few miles beyond the fort we entered the Gila National Forest.

Our hike took us to the “Big Tree”, the second largest alligator juniper in the country. We pondered how anyone could be sure this was the second largest, but who are we to question? It was just another excuse for a hike. 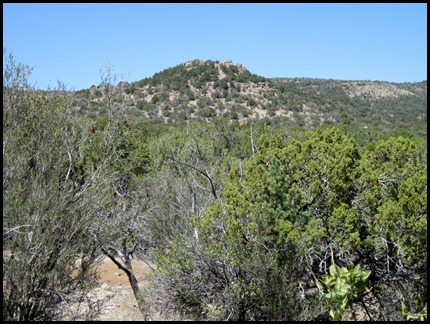 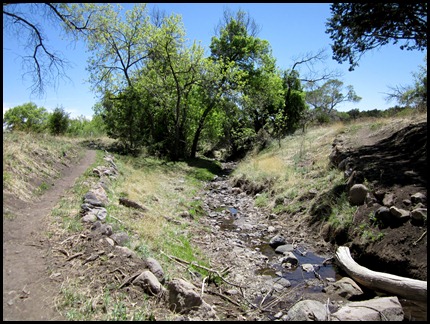 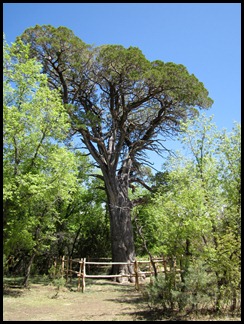 It really is a big tree. 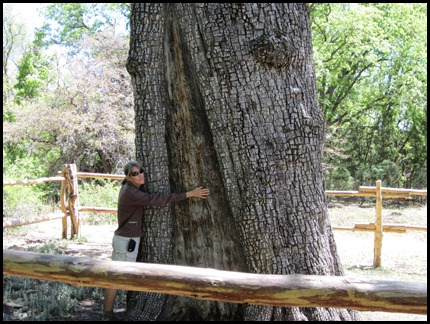 We had another adventure that involved meeting a couple of famous bloggers, but I’ll leave you in suspense and save that story for another post.