Not Ready to Give Up a Good Thing Just Yet 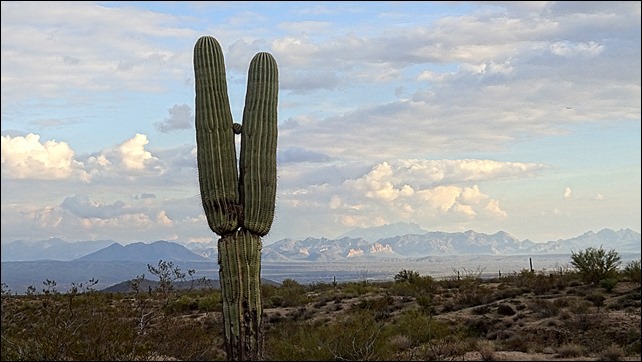 We are still at McDowell Mountain Park near Fountain Hills, AZ. Our departure date was to be January 20, when we planned to meet up with the Lazy Daze group in Quartzsite. As the time was drawing nearer we weren’t really feeling ready to move on, and it just so happened some friends here had to leave early due to family issues, and were planning to cancel their reservations. Since they had sites reserved until March 10, we decided to go ahead and grab their sites as they cancelled them, which is what we did.

So now we can spend more time biking, hiking, and volunteering at Fearless Kitty. The first two and a half months here have flown by, so I’m sure our next six weeks will, also.
Jim, Ellen, and Alex, resting up before we continue our bike ride. The old cover over the picnic table collapsed during one of the several rain/wind storms we’ve experienced. 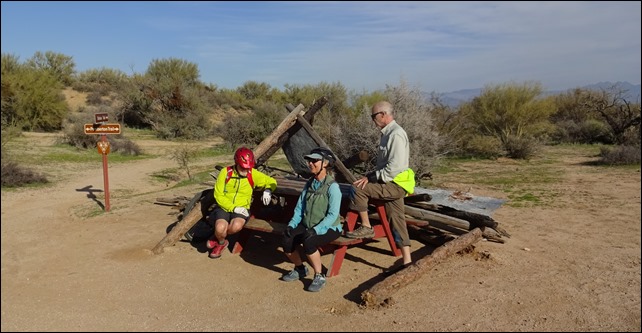 Since my last post we’ve met some more Lazy Daze owners, Rebecca from Washington traveling with her kids Joshua and Matthew (thanks for the movie tickets!), and Steve and Adele from Colorado.

Last week we were happy to see none other than Box Canyon Mark and Bobbie show up on their way to the Tucson area. They arrived on a beautiful sunny and warm day, the only nice day of their stay. We were able to do one fun bike ride with them, and the rest of the time had to resort to cold hikes under cloudy skies. 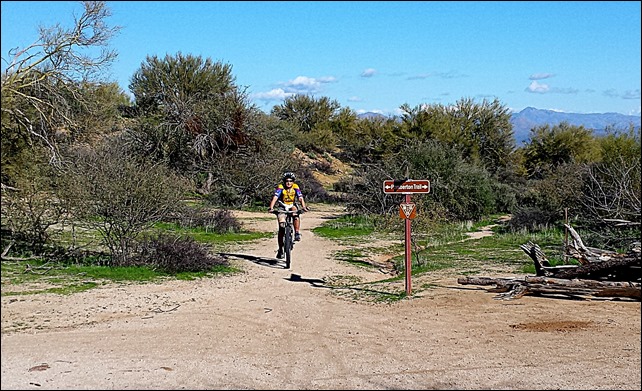 Cowboys Mark and Jim taking a break from the saddle. 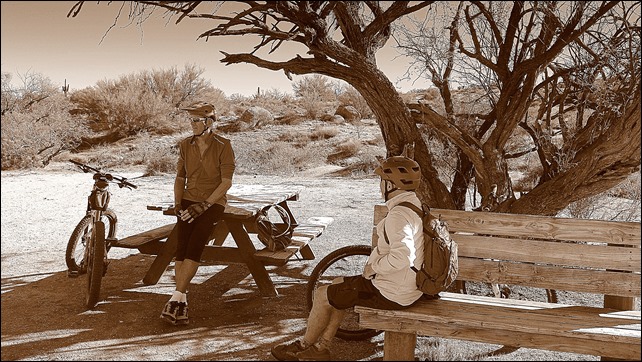 I led Mark and Bobbie on an 8.5 mile “death march” through a wash on a very windy day. Mark was a bit concerned I got us lost as the sun went down behind the McDowell Mountains. Since we have felt the same way on many of the hikes they’ve taken us on, it was fun to have the tables turned for a change. 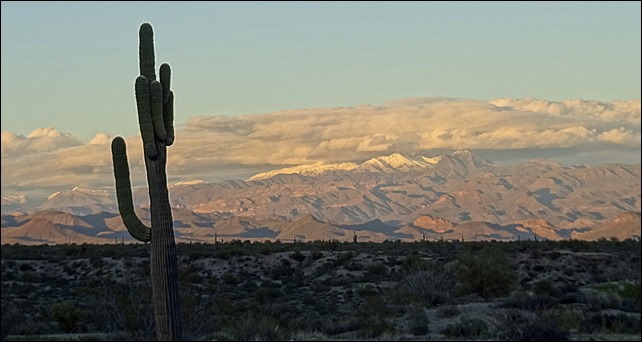 Lots of rain over the weekend meant lots of snow for the surrounding mountains. 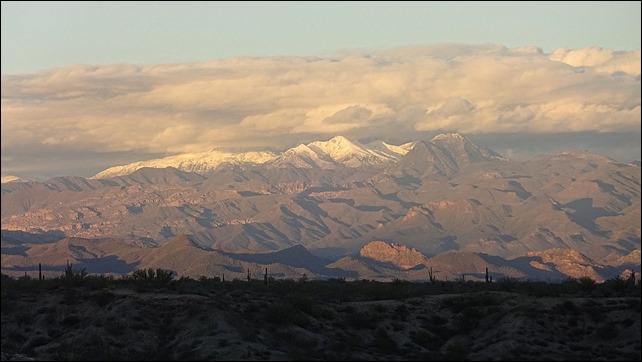 On another cold and rainy day Mark and Bobbie joined us at the movies in Scottsdale where we met up with Alex and Ellen. We all really liked Hidden Figures, the story of the African-American women mathematicians who worked for NASA in the 60s. Conveniently, McFate Brewery was just up the road, so we had pizza and beer after. The Gingerbread Stout and Orange Brownsicle on nitro were really good. 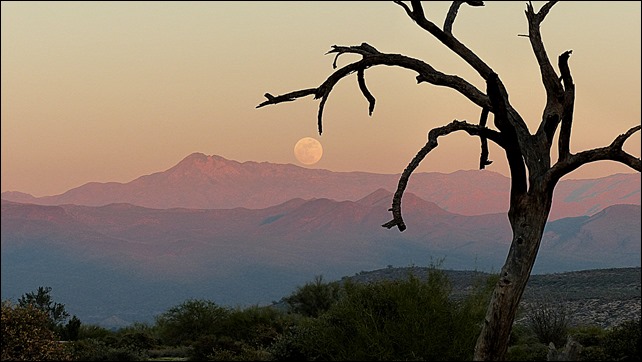 Other than that we’ve had a few more doctor appointments. Jim had a crown fall off and can attest that it’s not easy finding a dentist office open on a Friday afternoon, but finally found one in Mesa who cemented it back on. He also saw an ophthalmologist in Mesa who specializes in corneal transplants, which Jim may need one day due to his hereditary Fuch’s dystrophy. He was having some blurred vision in one eye, and Dr. McKee thought it wasn’t due to the Fuch’s but to dry eyes. Since he is already using hot compresses and Restasis drops daily, which have helped, he suggested trying punctal plugs, tiny plugs that block the tears from draining down into the tear ducts. They seem to be making a big difference, but they dissolve within three to six months and have to be replaced. When he goes back in March he will ask about permanent plugs so he won’t have to find an eye doctor to put them in again after we leave here.

We filled in for quite a few extra shifts at Fearless Kitty over the past month. With the move to the new larger building there are extra rooms to care for, and they didn’t have time to train new volunteers during the move. Things have settled down now and we worked yesterday morning for the first time in a week. 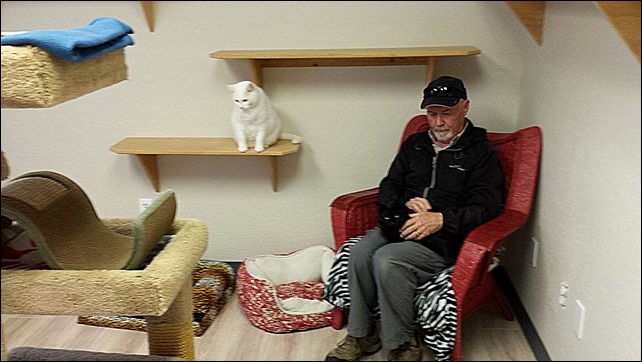 I’m sure there have been other noteworthy things we’ve done lately but since I haven’t been taking many photos I can’t remember what they are. Clearly I need to go back to carrying the camera and blogging more often. 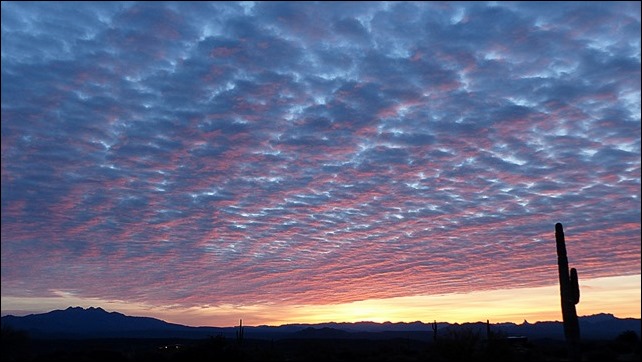 Hope our friends in Quartzite are having a good time, and that the weather there is better than what it’s been here. We’re ready for some sun and 70s!

Addendum: Six hours later and I remembered something else that happened last week. I had my 62nd birthday, one I was actually excited about for a change since I am now eligible for Social Security and the Senior Pass, which is still $10. Have to get one soon before the price increase.