We are alive and well and back at McDowell Mountain in Fountain Hills, AZ. After seven weeks at Jojoba Hills it was time for a change of scenery and activities. Our last month there was spent playing pickleball, ping pong, walking, working out, and hanging out with Terry and LuAnn after they returned from the mid-west, including a couple visits to our favorite, Garage Brewing in Temecula.

Views from the hills of Jojoba. 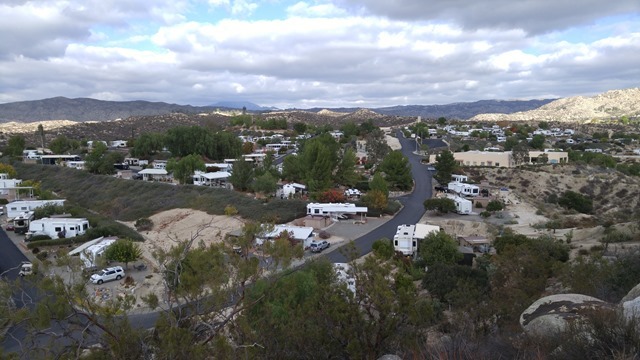 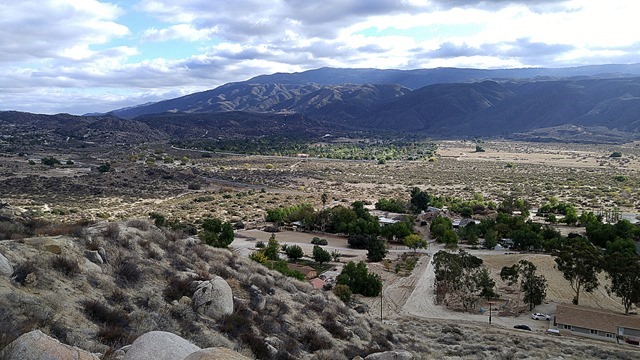 The four of us volunteered to paint some more sheds for the park like we did in the spring. It’s more fun with a group, although I think the women did most of the work 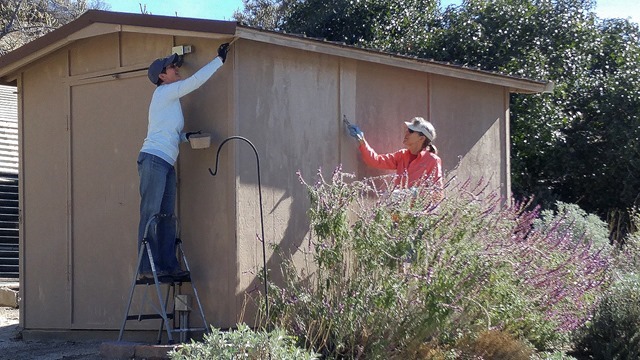 We never did see the bobcats again although Terry and LuAnn saw one on their patio a couple mornings so we know they were around. This roadrunner came by several times while we were out in the yard. 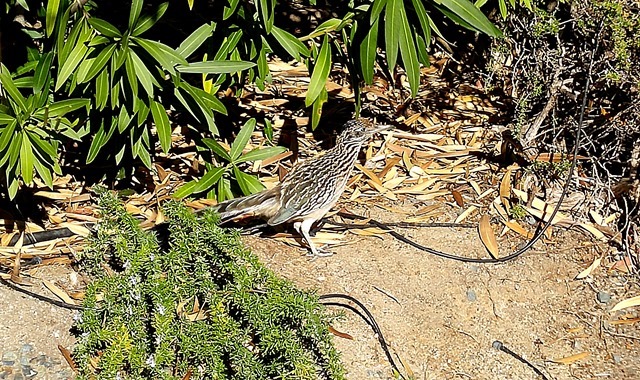 And I had to make nectar frequently to keep up with the hummingbirds. 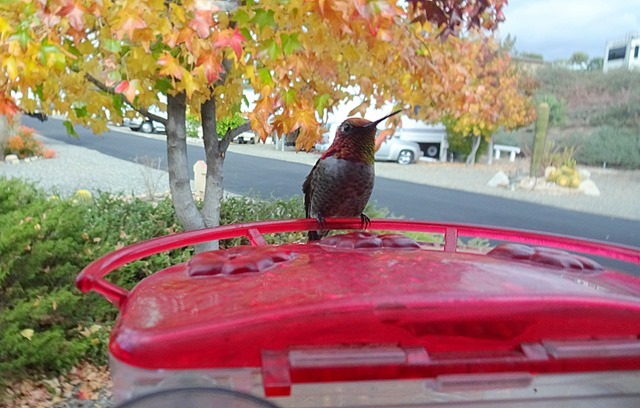 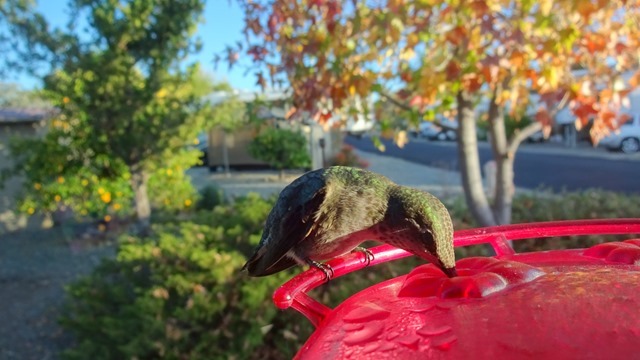 Jim found this hawk in one of our trees scoping out his next meal. 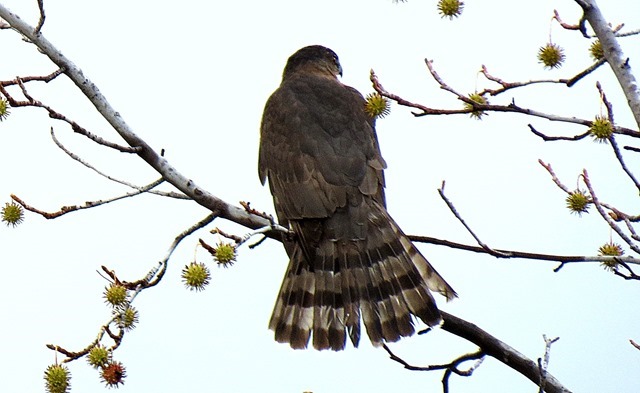 If it wasn’t for the leaves and spiny balls dropping from our liquid amber (sweetgum) trees, our lot would require very little maintenance. Luckily they only fall off once a year. The succulent garden is doing well with just occasional watering and minimal pruning, which I don’t mind doing. 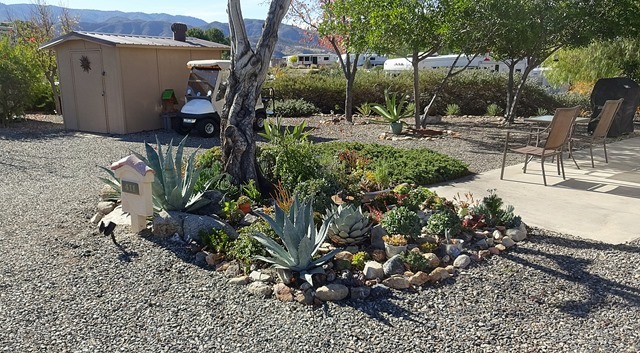 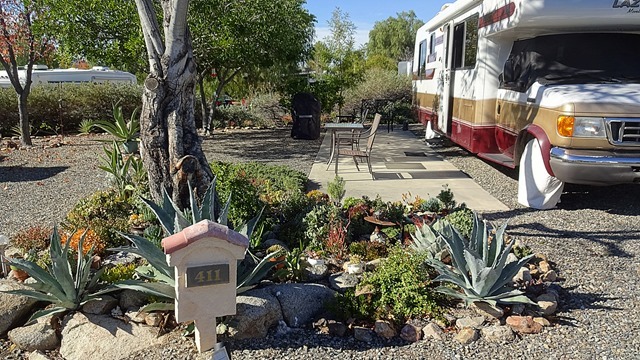 We don’t ever want a yard again that requires more work than this. Had we not spent so much money trying to keep grass looking good at our home in Florida for so many years we probably could have retired ten years sooner. 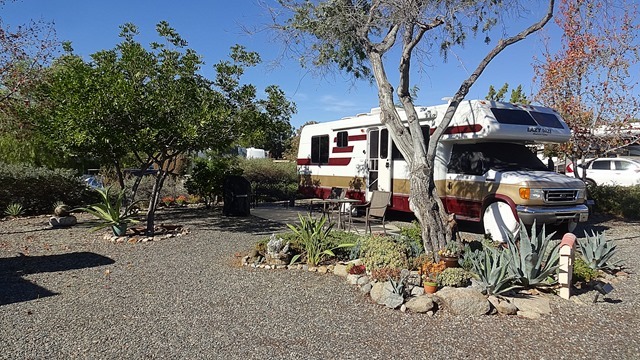 Last Wednesday we set out for Quartzsite, where we spent the night off Dome Rock Road. There were only a few people around but things will ratchet up next month. We like being there at the quiet times. 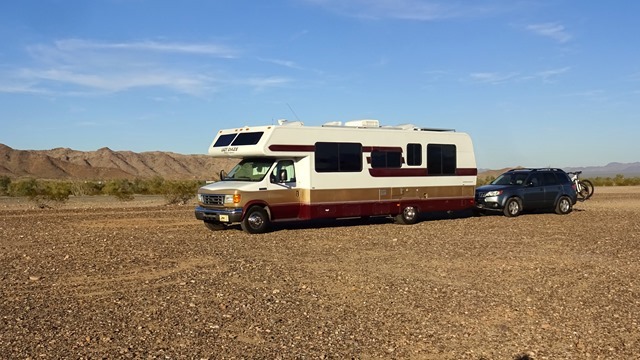 Had just enough time for a nice walk before the sun went down. Always love being back in saguaro country. During our walk a jeep came by and a man asked if we had seen a blue truck camper parked anywhere. He was a US Marshall/bounty hunter. He told us the Rubber Tramp Rendezvous, which will be getting started in Quartzsite soon, is a great place to find people he’s looking for. Last year at the RTR he picked up 11 felons, and other bounty hunters picked up more. Interesting guy to talk to. 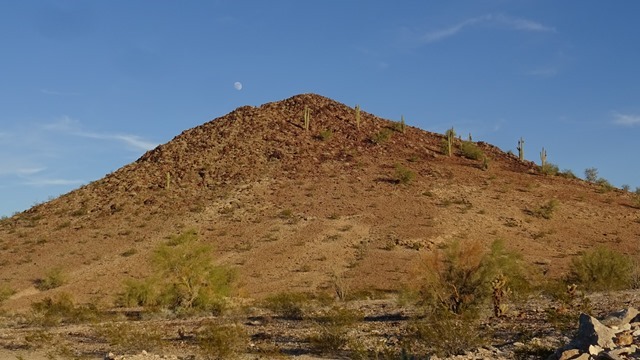 On Thursday we arrived back at one of our favorite places, McDowell Mountain Park. 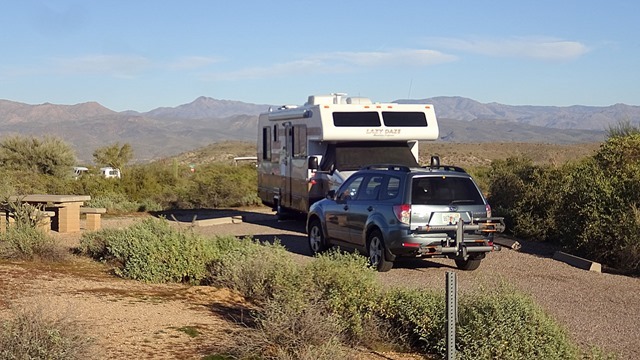 This dead saguaro reminds me of Mardi Gras beads. 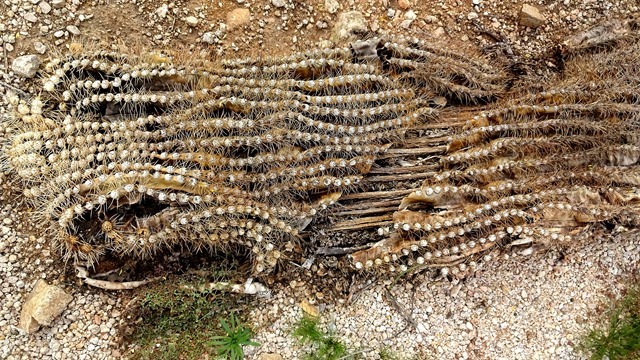 Got up early enough to see the full moon just before it disappeared behind the mountains. 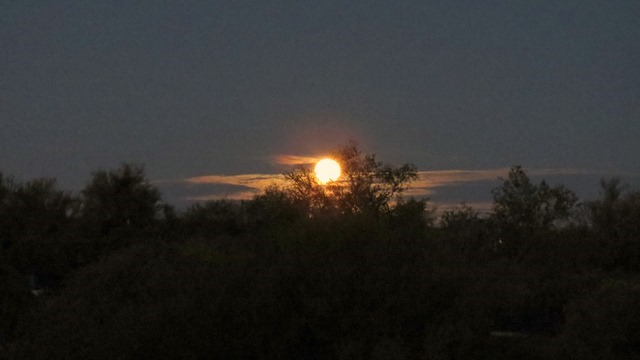 A few minutes later came this sunrise on the other side.

We’ve gotten off to a busy start, with Jim having the first of several annual doctor appointments, getting in a couple of bike rides, and working our first shift at Fearless Kitty Rescue. They are always short handed over the holidays so we’re happy to help out.

Check out some of these cute faces. We have lots of new names to learn. 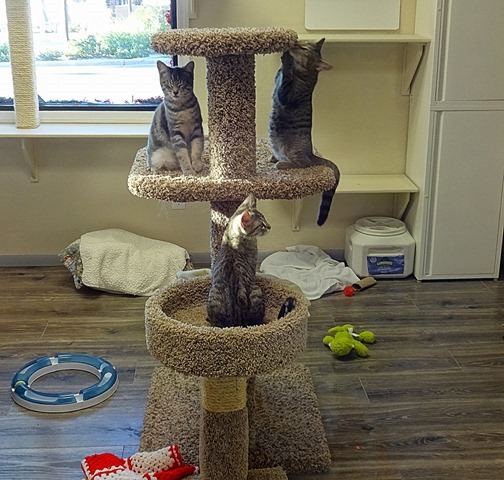 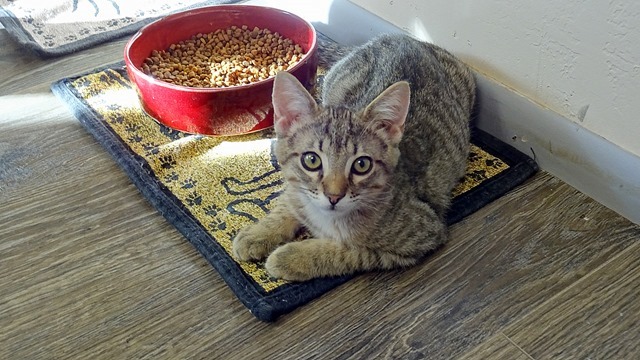 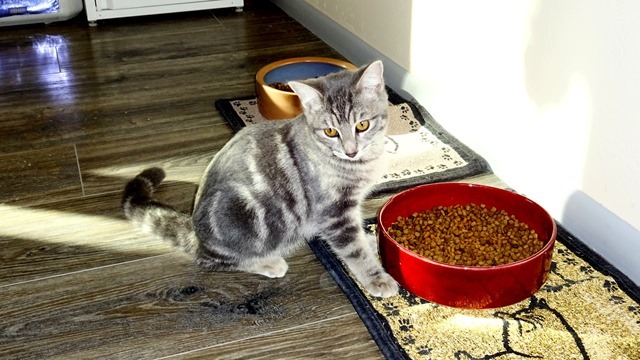 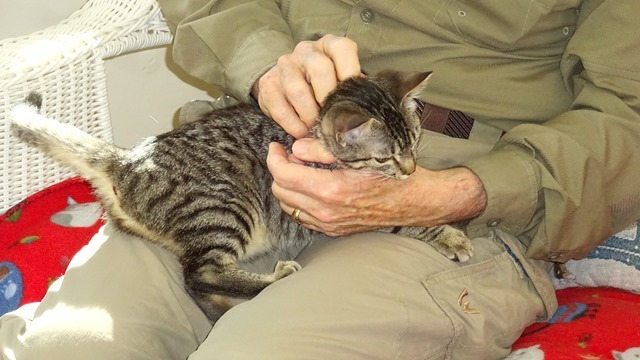 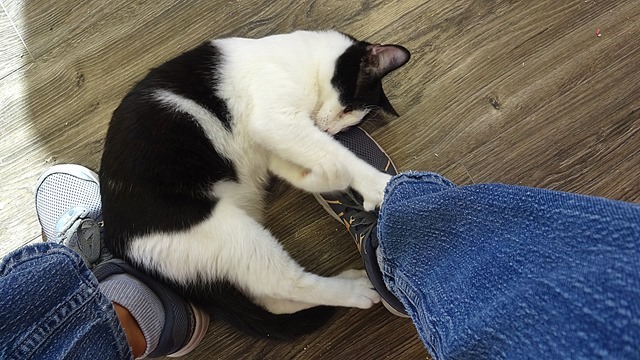 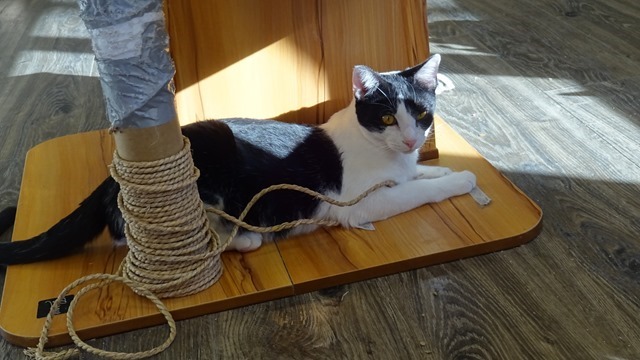 We’ll be taking care of cats again on Christmas morning, followed by dinner with the park volunteers and friends in the afternoon. Wishing our family, friends, and blog readers a wonderful holiday season!