Jojoba Hills and a Hike 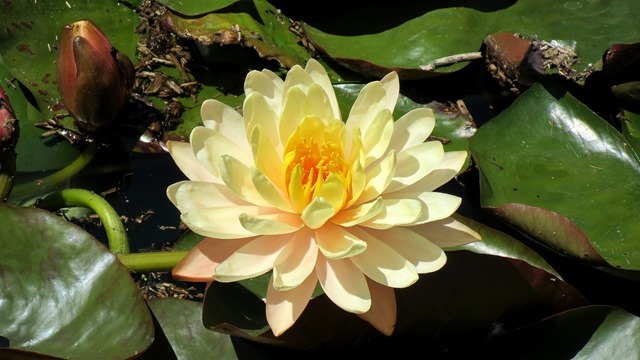 Won’t bore you with details about what we’ve been up to here in southern California but we’re managing to stay busy and we did do a nice hike last week, so I thought I’d post some photos of it and a few others from around Jojoba Hills.

There are several ponds around the park where we usually see ducks and turtles. 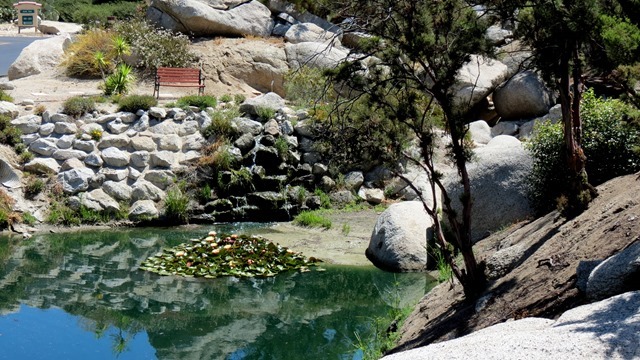 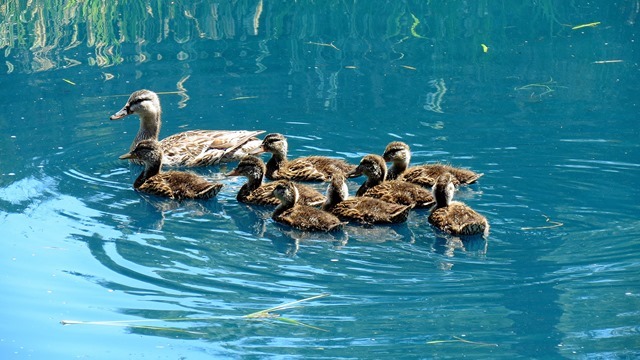 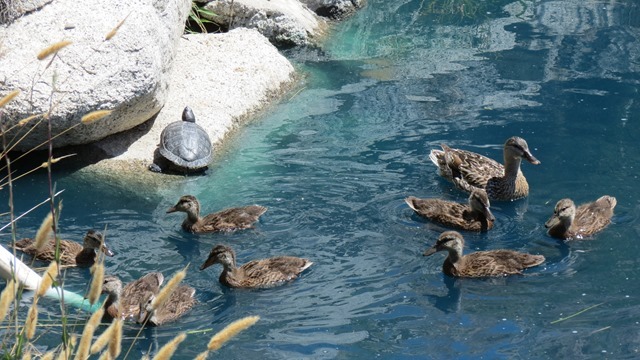 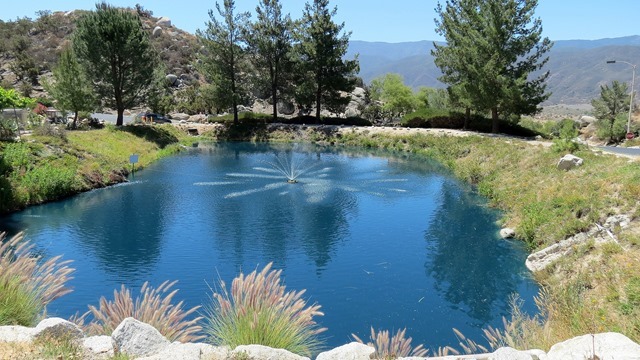 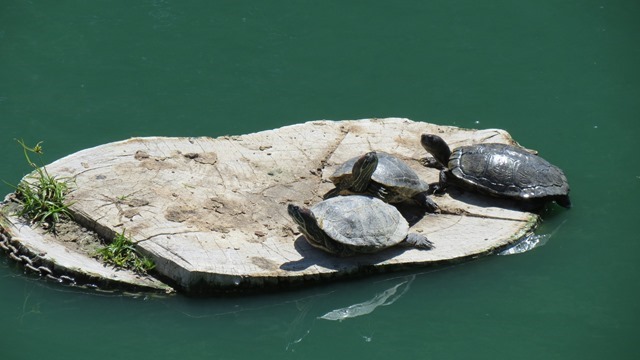 And we love all the birds that hang out in our yard. 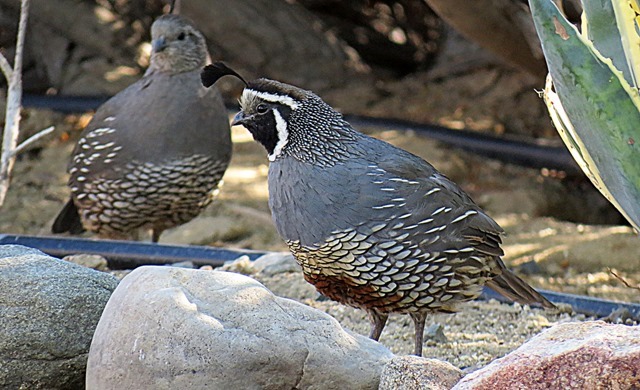 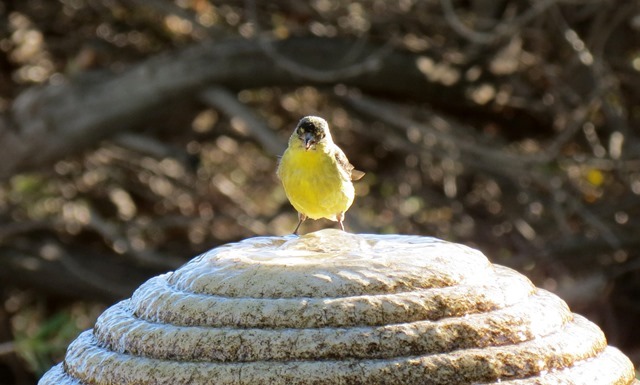 The weather has been surprisingly pleasant except for a handful of days in the 90s recently where the pool has been a welcome relief. We hadn’t hiked since we were in Prescott last month so I researched trails at higher elevation that we haven’t been on and found the Cedar Springs Trail, 29 miles northeast of Jojoba Hills, starting at 5,400’. 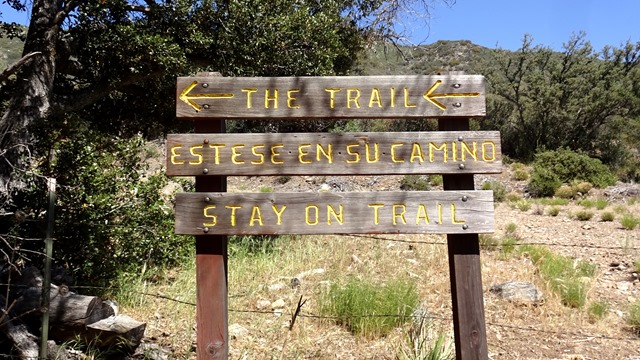 After climbing through trees and gnats for about a mile we began a series of 13 fairly gentle switchbacks for another mile and a half, where we intersected with the Pacific Crest Trail.

We’ve never seen a sign like this on a trail before. This is right before the start of the switchbacks. 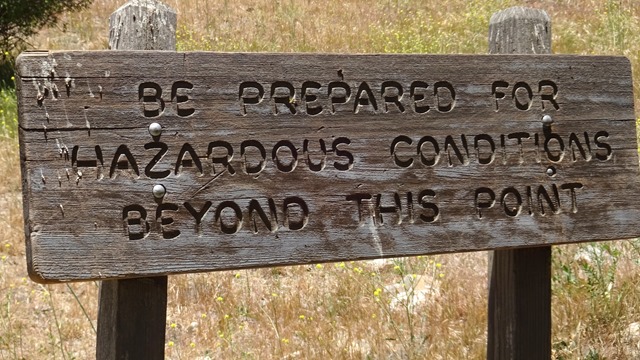 Nice views from the switchbacks. 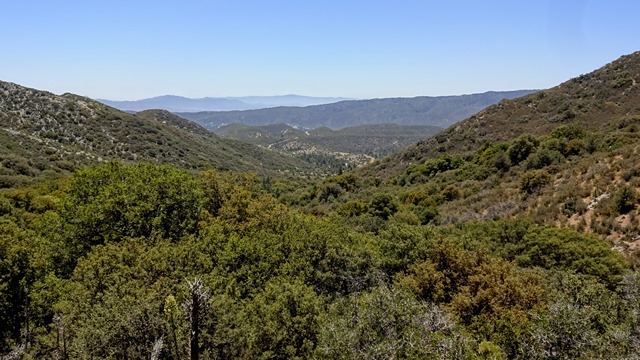 There were some flowering yucca plants. 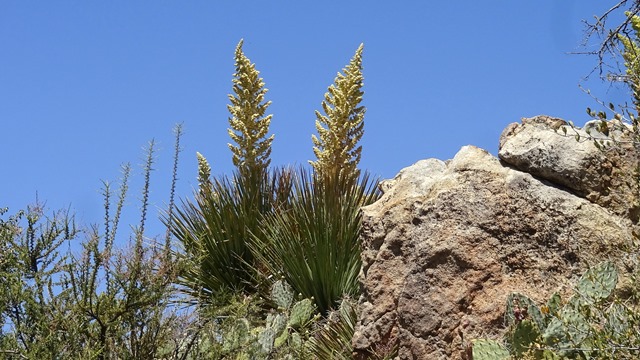 But the most common plants we saw were agave in various stages of growth. 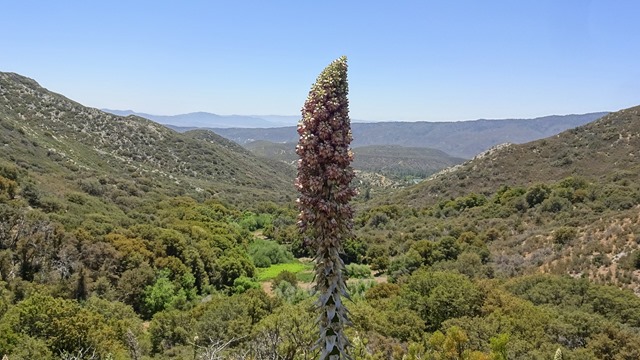 Unlike the yucca which can bloom again, the agave plant flowers once in its life between the age of 20-40 years, then dies. 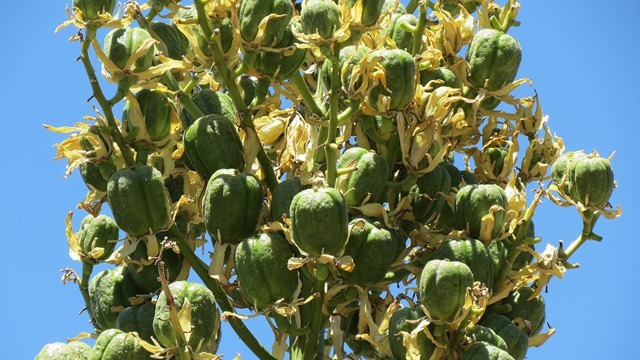 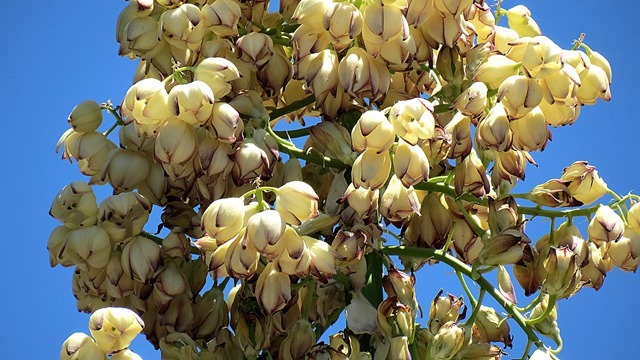 We did see a few other flowers, too. 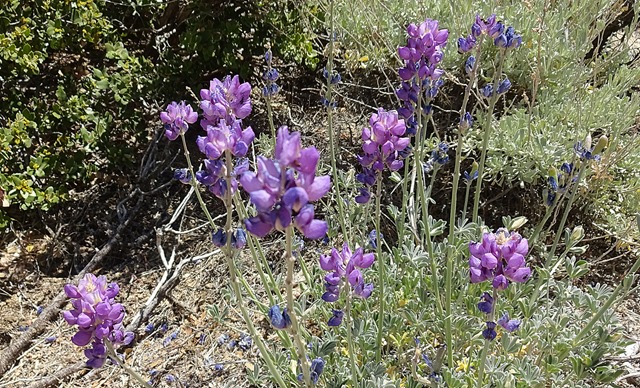 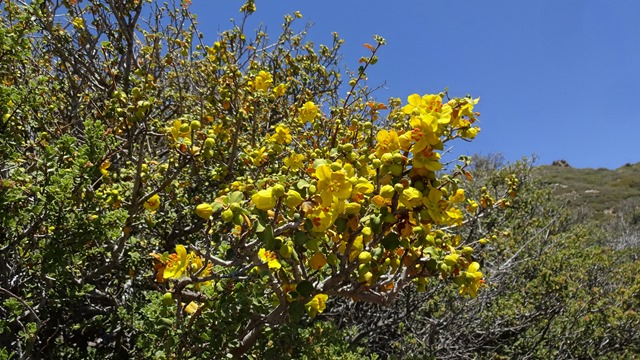 How many more switchbacks did you say? 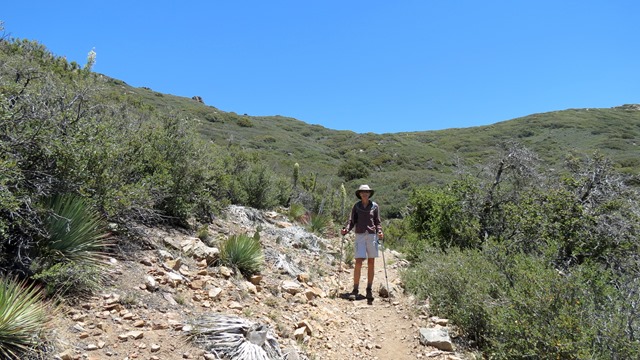 And we finally reached the PCT. The Cedar Springs trail continues on downhill for another mile to the spring, but we turned right and hiked along the PCT for about a half mile. 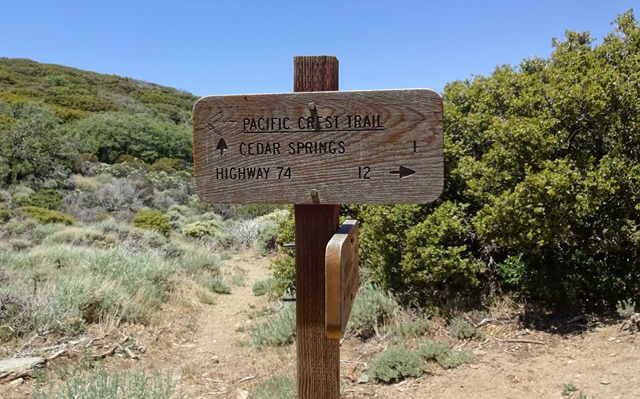 This section runs along the Desert Divide, a ridgeline that forms the spine of the San Jacinto Mountains.

We now had a view to the north of the sprawl that is the Palm Desert/ Palm Springs area and the Coachella Valley. It looked hot and hazy down there. 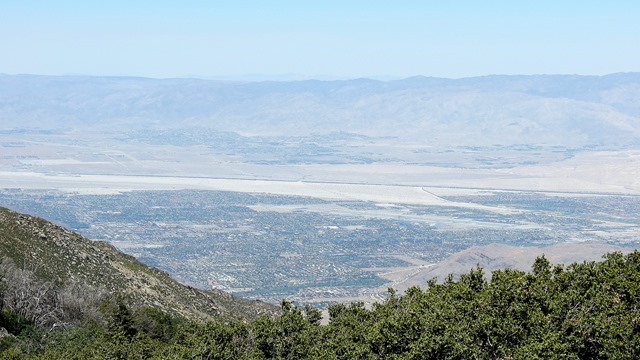 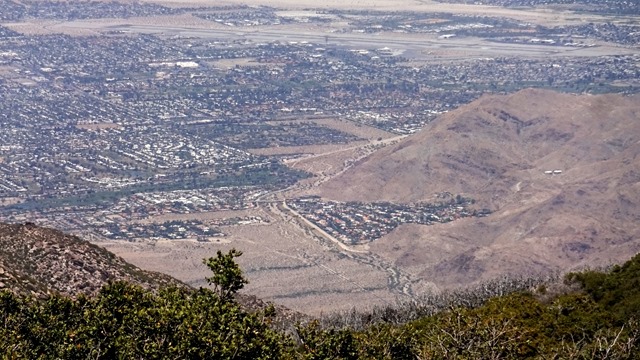 Probably an exclusive subdivision, given how it’s tucked into the hills. 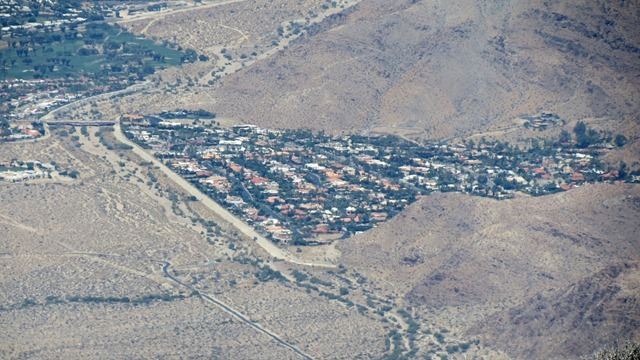 We really enjoyed this part of the trail at an elevation of 6,800’ where we could look down on both sides of the ridge. 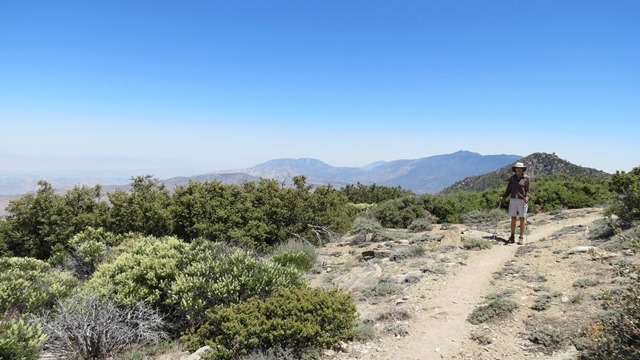 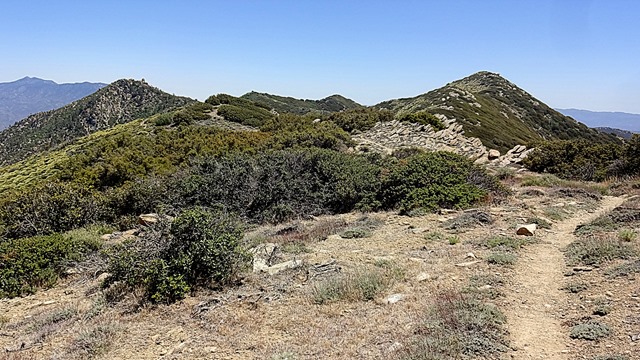 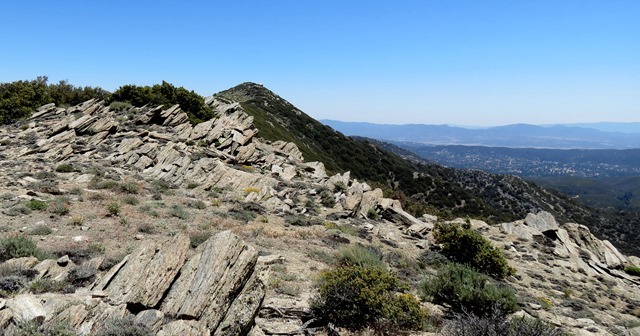 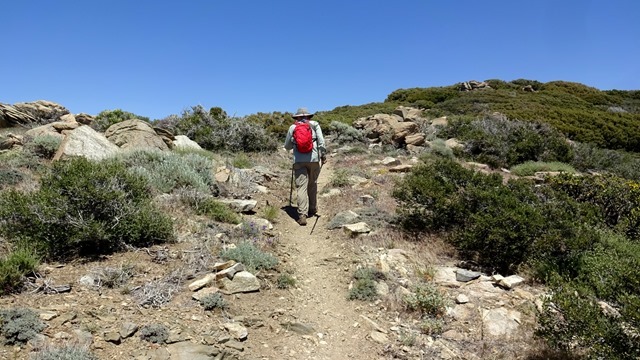 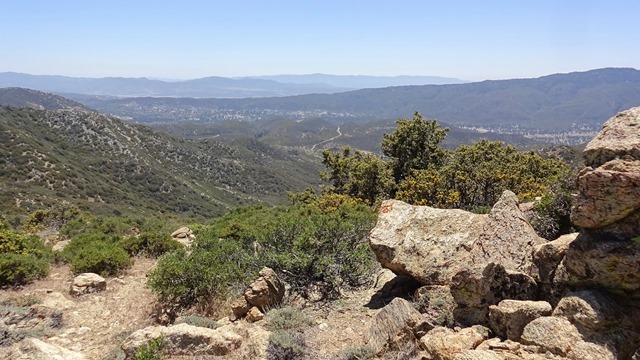 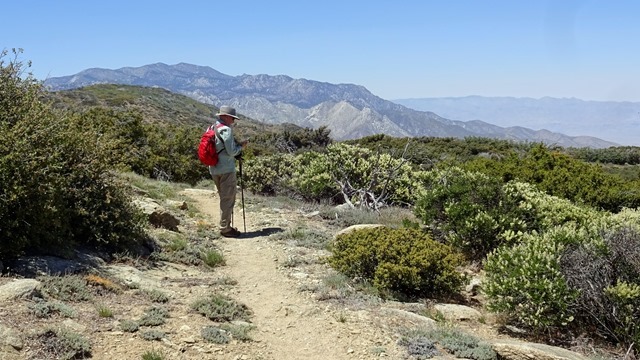 We’d like to go back and do this hike again when it’s not so hot, and go a little farther on the PCT next time. We didn’t see another person on either trail but the PCT thru-hikers who started at the Mexican border would have already passed through this area a month or two ago. 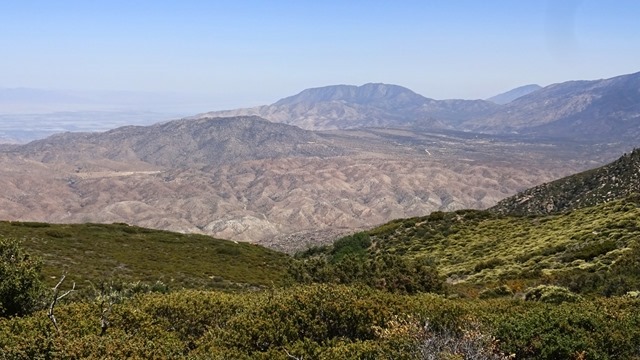 Today we’re heading to Encinitas with Terry and LuAnn for a few days on the coast. It’s nice to be so close to the mountains and the ocean!