Our time at McDowell Mountain ended on Thursday and we are now back at Jojoba Hills. The last couple of weeks were busy and fun, with lots of company, biking, hiking, and happy hours. It just so happened that Mark and Bobbie, Chris, George and Tina, and Laurelee all were at McDowell  Mountain Park around the same time. 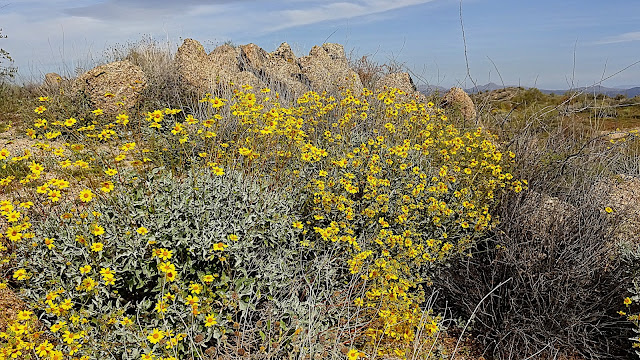 Jim missed out on some rides due to finishing up his physical therapy and installing a hitch on the Honda so we could carry our bikes. 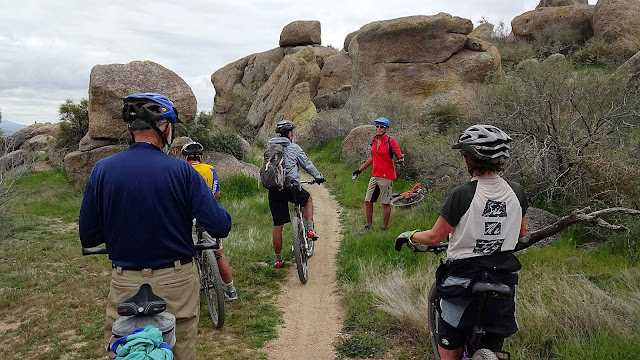 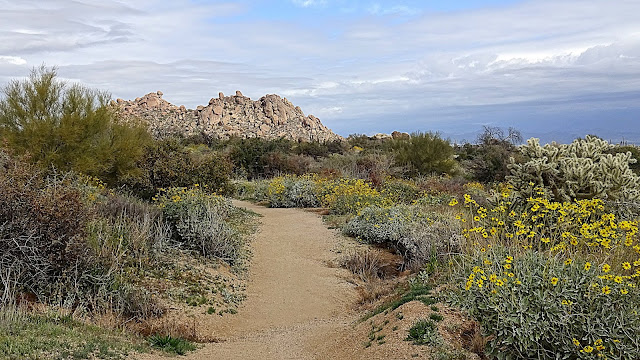 In all the years we've been coming here we have never seen flowers this early in the season. 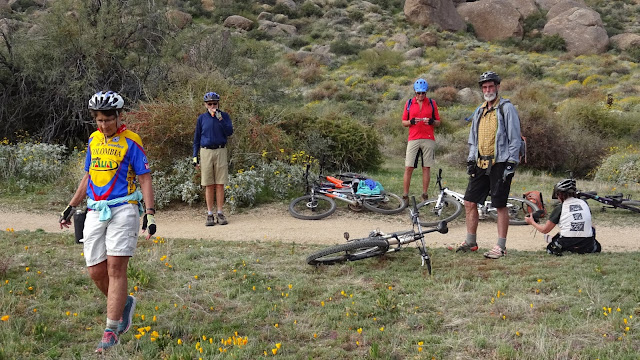 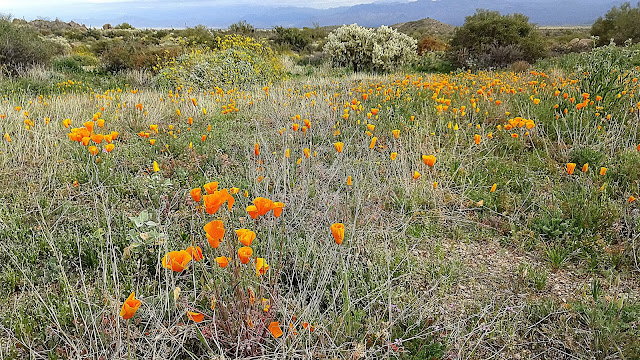 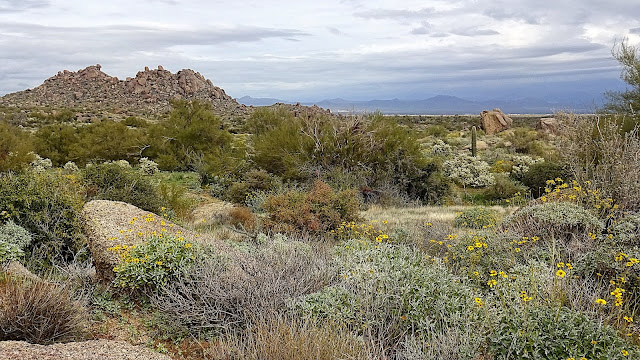 We decided against getting the base plate installed on the car since the one place that was recommended to us couldn't get us in for a couple more weeks, and we got some negative reviews about them, anyway. Jim found a shop in Yuma called Just For Towing (formerly Southwest Driveline), and we had an appointment for yesterday but they called us a few days before and said they had to be closed on Friday so could we come on Monday instead. We weren't all that excited about going to Yuma for the weekend so just decided to go back to Jojoba Hills and get the work done when I have to return to Algodones to finish up my tooth next month.

So I got to drive the CR-V and Jim drove the Lazy Daze back to California. It was great driving an automatic again, and it's just a much more comfortable ride than our old Subaru. 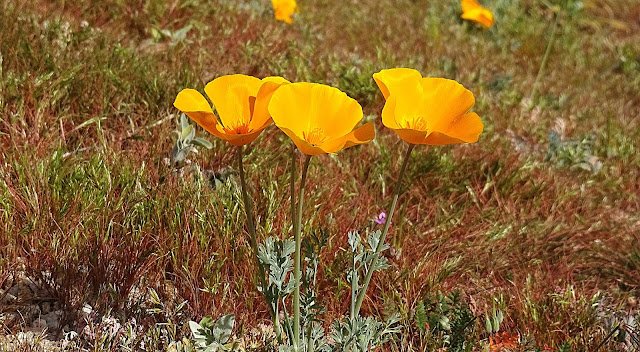 On another note, it's been a sad week hearing the news that Tioga George and David (In the Direction of our Dreams) passed away. Although we've never met either one it's like losing old friends after getting to know them through their blogs for so many years.

We'll be hanging around Jojoba Hills for a while working on plans the rest of the year. Give us a shout if you're in the neighborhood.