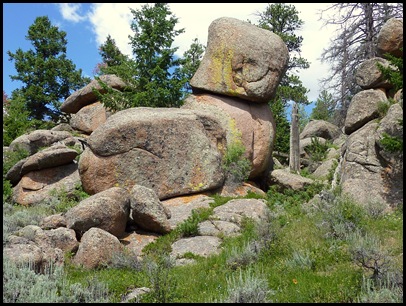 We are having a great week here at Vedauwoo Campground. We’ve hiked some nice trails and climbed lots of rocks trying to see how high we can get. So far we haven’t had much luck, but it’s fun trying. 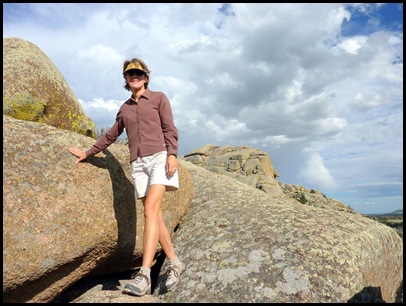 Here are a few of the views we got from the higher rocks. This is a beautiful part of Wyoming. 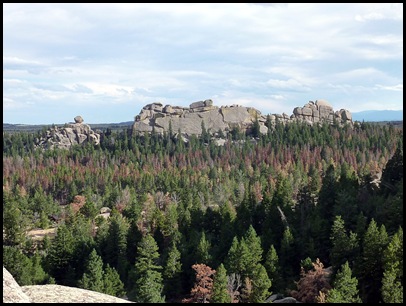 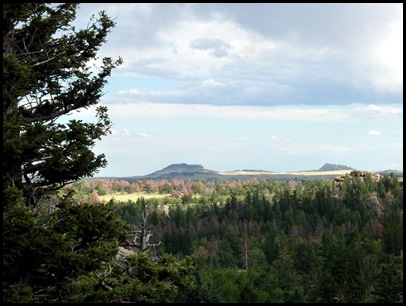 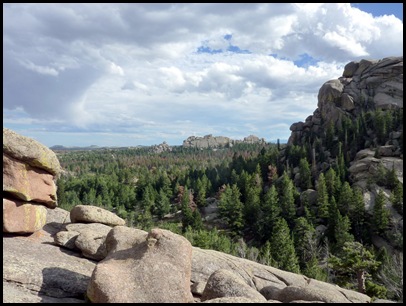 The Turtle Rock trail goes a few miles around the mountain. Some of it passes through the deep dark woods full of aspens, and the rest is more open around the rocks. 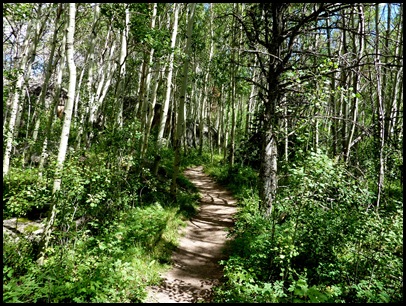 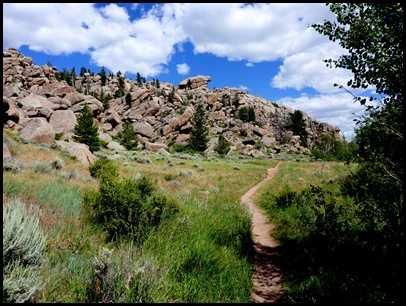 We did change campsites yesterday, as the first loop we were in was invaded by a group of about 10 people and a bunch of tents. They were fairly quiet for as many of them as there were, but they were right across from us and we just didn’t like looking at them. This is only a representation of the group. Use your imagination for the rest. 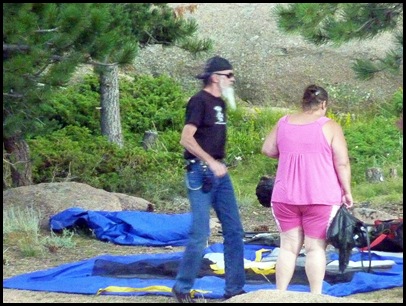 Our new site is more private and surrounded by rocks but we can’t see the climbers anymore. I was spending too much time looking through the binoculars anyway. Just as we finished up our hike today, we came out at a vacant tent site and sat at the picnic table for awhile, watching these guys on the rocks. They got where we were attempting to go, but after seeing how they did it, we knew why we only made it halfway. I’m sure they are at least 30 years younger and a lot less afraid of falling. 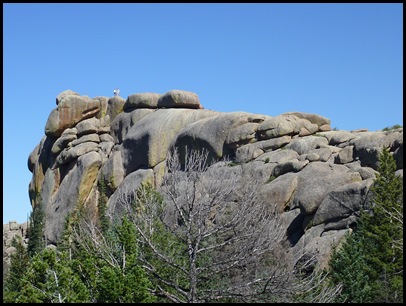 Two of them took this giant leap across the last rock, but the other two were smart enough not to try. It took them quite awhile to get down, since they realized it wasn’t possible to leap back up across the rock. We really thought one of them would fall, but we kept watching and they finally got off it somehow by going down the backside..This had to be a really long jump! 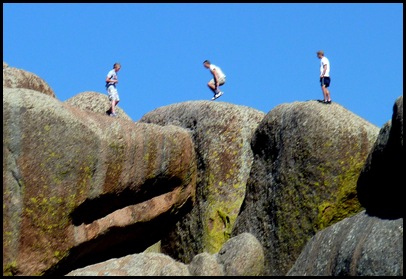 Here are a few more pictures of some the the interesting boulders we’ve seen here. Wonder when we’ll get tired of looking at rocks. 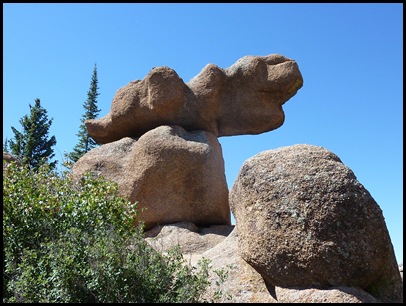 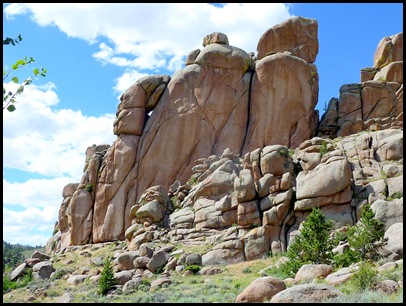 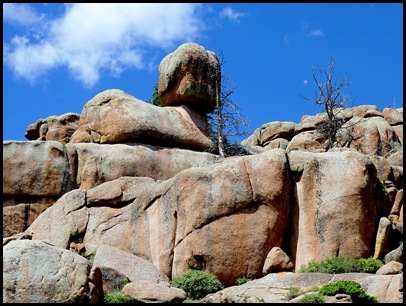 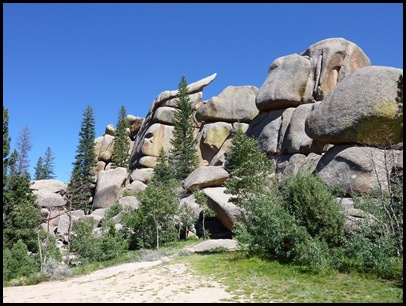 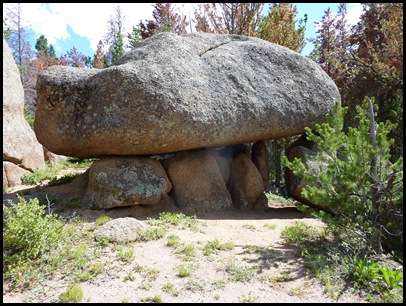 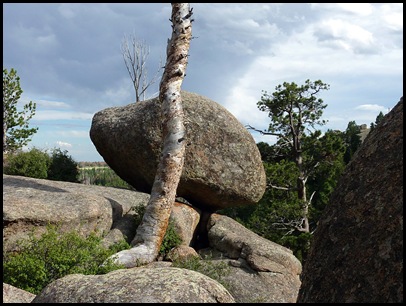 We also drove to Laramie a couple times for lunch and shopping. Gotta love a small university town with a great vegetarian restaurant, Sweet Melissa Cafe, and a Super Wal-Mart. We’ve also met several nice people camping here, including Randy, the camp host, and have enjoyed spending time talking with them. If we hadn’t made reservations at Rocky Mountain National Park for Sunday, we would probably spend another week here.