Besides all the hiking opportunities and watching the bike race, we’ve been busy the past week in Silver City. One afternoon we visited the Western New Mexico University Museum. 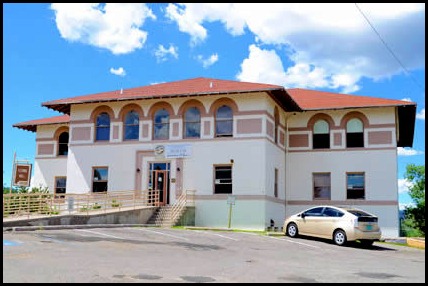 No photographs were allowed inside, but WNMU Museum has the largest permanent exhibition of Mimbres Mogollon (translation: really old as in 1000-1250AD) pottery and artifacts in the world. This is a small sample of what we saw. It was a really beautiful collection of interesting pottery, baskets, tools, jewelry, etc. 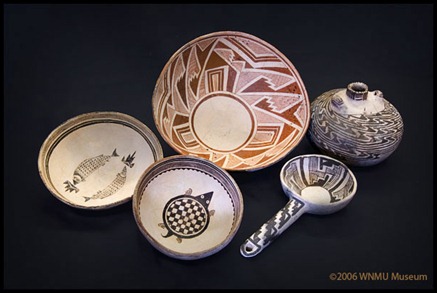 They also have a display about the history of mining in the region, and the history of the university. It is well worth the price of admission, especially since it is free.

On Saturday mornings at 9:30 there are free guided tours of Ft. Bayard, and since we are only about 3 miles from there, Debbie and I decided to check it out. That was too early for Jim, and since it didn’t involve eating, he chose to pass. It was a smart move on his part. Nearly two hours later I finally made up an excuse that we had a lunch date and had to go, not realizing it would be such a long tour. And we weren’t close to being finished. I hate to say anything negative about the docents who volunteer their time to give the tours, but we were the only two people who showed up for the tour and we felt like we were held captive! Live and learn.

We did learn a lot about the fort (not a walled fort like most of them), and the Buffalo Soldiers who were stationed there. This is a monument of Corporal Clinton Graves, one of the soldiers who fought the Apaches and received a Medal of Honor. 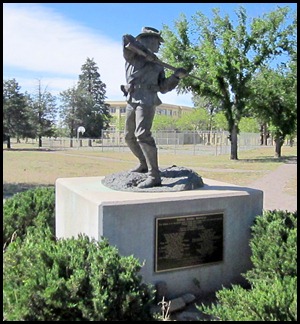 Our new Canon Sureshot A1200 malfunctioned during the tour, so I didn’t get many pictures. It is going back and a new one is on the way. We have not had good luck with cameras.

The parade grounds and officer housing. 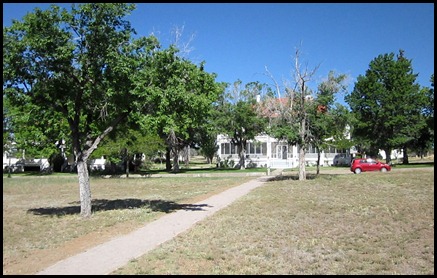 Most of the original buildings are gone, but there is still an old hospital, movie theater, and National Cemetery. What I found most interesting is that after the fort was dismantled, the hospital became a sanatorium for tuberculosis patients. The high altitude, low humidity, and daily sunshine were thought to be good for TB patients. You sure didn’t want to be alive before antibiotics. Wonder how many throats were burned! 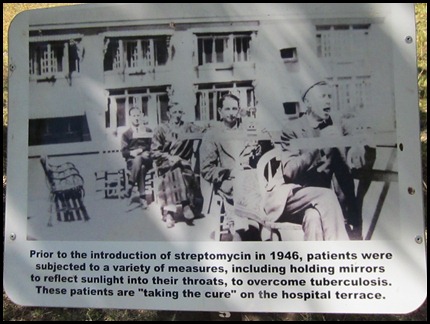 If you like history this is an interesting place to visit. You can pick up a brochure in front of the museum (one of the old officer’s quarters) and take a self-guided tour, or plan to spend a few hours with the docents one Saturday morning.