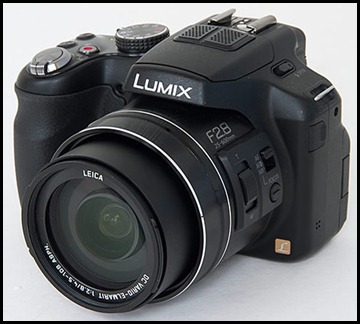 Our new camera arrived this week, a Panasonic Lumix DMC FZ200. This is a “bridge” camera, more than just a point and shoot digital, but a step below a “real” SLR. Jim has been wanting to get more serious about photography for a long time now, but just hasn’t found the right camera.

The Panasonic Lumix FZ200 is a super-zoom camera featuring a wide-angle 24x zoom lens with a constant f/2.8 maximum aperture throughout its 25-600mm range. This means it should take great images even zoomed all the way out.

This is not an inexpensive camera, but Jim found a good deal on an open box at One Call. Although there is now a $100 instant rebate at many sites so it is not much of a savings. That said, this camera appeared to have never been out of the box.

Finally, one caveat. This camera just came out in September so we are keeping our fingers crossed that it will not have problems.

We took a long walk in Bentsen State Park yesterday to test it out and so far we are impressed. Most of these pictures are right out of the camera, and the rest required only minimal editing, such as auto-contrast.

This was taken with the zoom all the way out and no editing. The birds just looked like white specks with the naked eye. 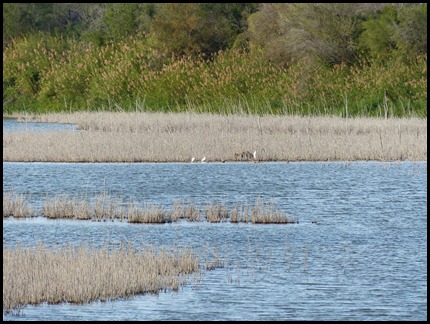 We saw lots of green jays. 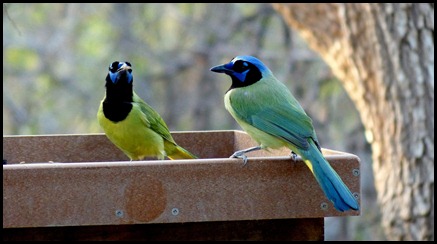 And mockingbirds, the Texas state bird. 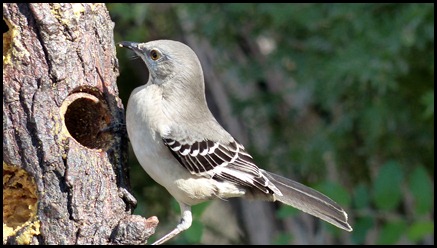 This roadrunner was hunting butterflies. We saw him catch and eat one before Jim had the camera ready. 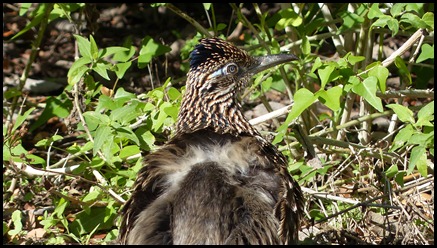 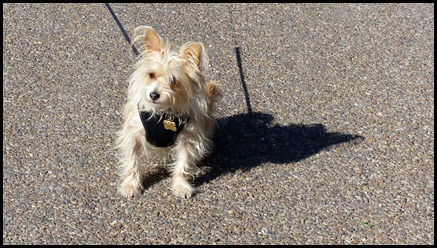 Dead butterfly on the road. 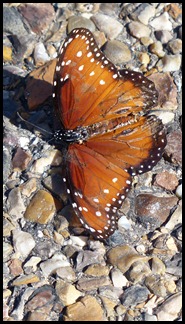 Luckily this camera has an intelligent auto mode, so even I can use it, but there are lots of manual settings to learn. We’ve been watching some videos by Graham Houghton about the camera, and they’ve been extremely helpful. He also has videos about other cameras and general photography tips that are worth looking at. It’s good brain exercise!

And if you were wondering, yes, the kitties are still here and growing by the day. They are quite the lap cats when they aren’t running around like a couple of crazies. Looks like we’re keeping them. 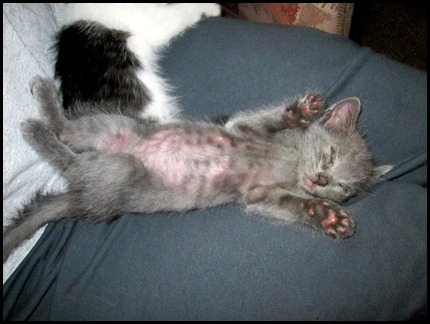 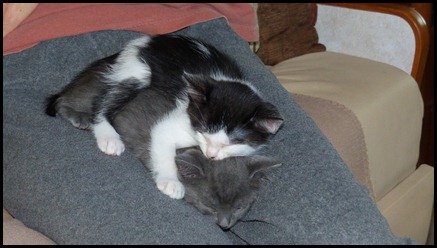 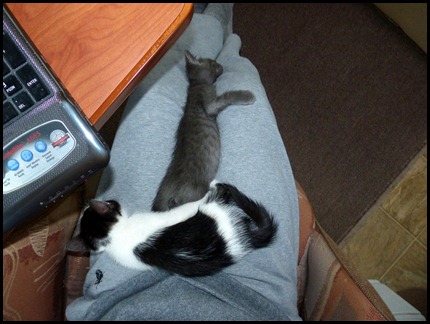 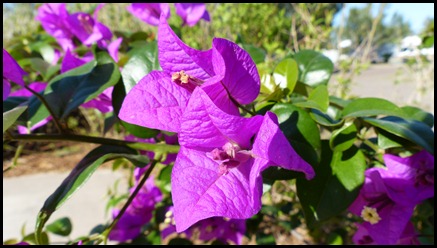