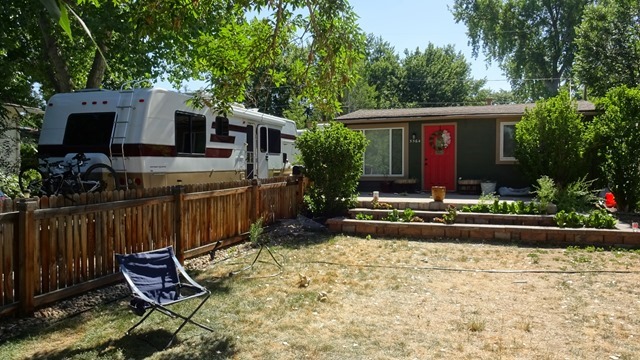 It’s a good thing we don’t have slides, since we just barely squeezed the Lazy Daze in Casey and Erin’s driveway in Littleton, CO on Saturday. It’s been a great place to spend the long 4th of July weekend, despite highs in the upper 80s to low 90s. How many campgrounds do you find with “pick your own” lettuce? 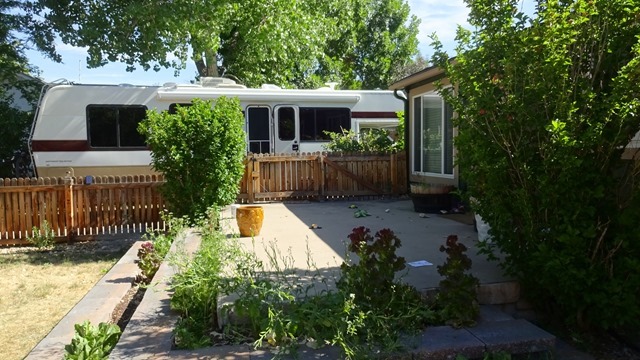 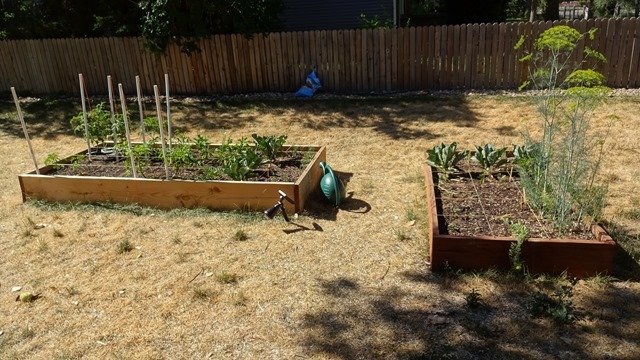 And a beer, coffee, and seltzer water tap! 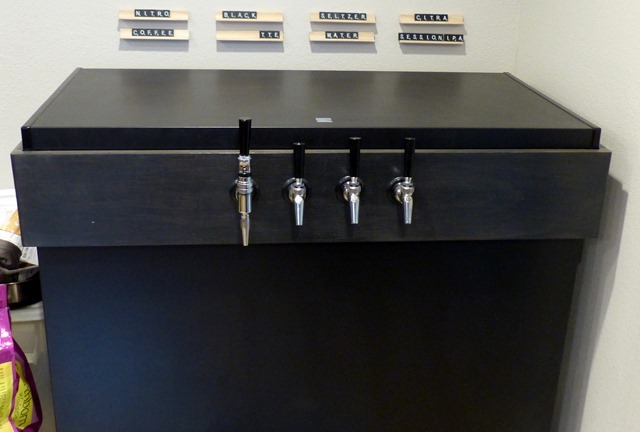 They live just a few blocks from downtown Littleton, and it’s about a mile bike ride to a trail that connects to the Mary Carter Greenway Trail and the South Platte River Trail to Denver. On the day we arrived we rode our bikes to Breckenridge Brewery, just a couple miles down the trail, where there is a huge outdoor seating area. We liked all of the beers we tasted, especially the Barrel Aged Imperial Cherry Stout. 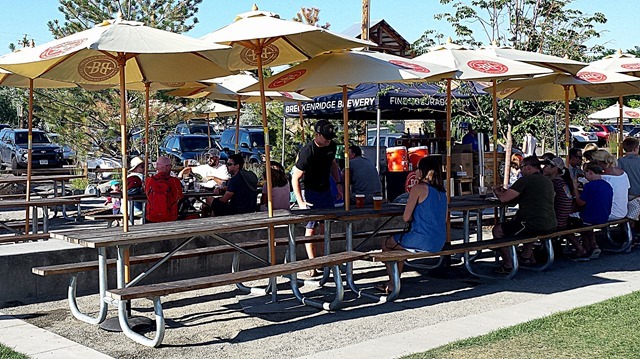 We took a few other rides, north on the trail almost to downtown Denver, and south to Chatfield State Park with some good hill climbing. There are lots of parks for playing in the water. 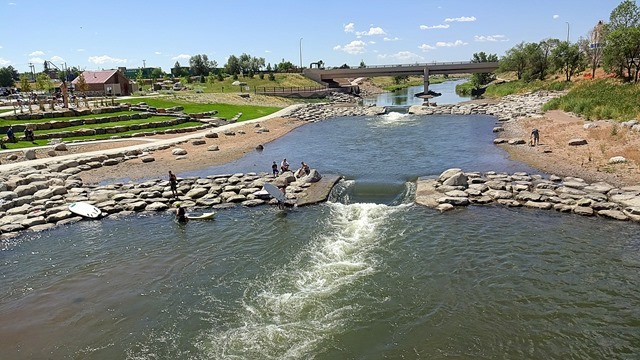 Even where the trail passes through industrial areas the Platte River is never far away. 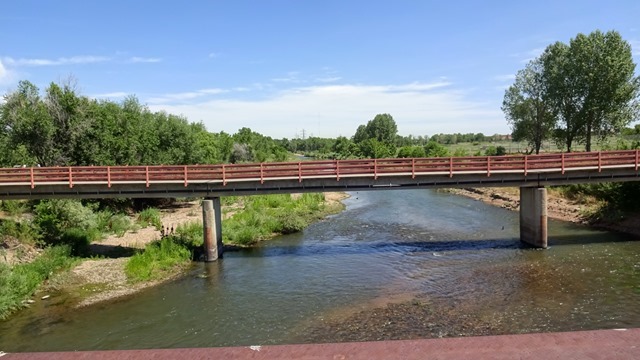 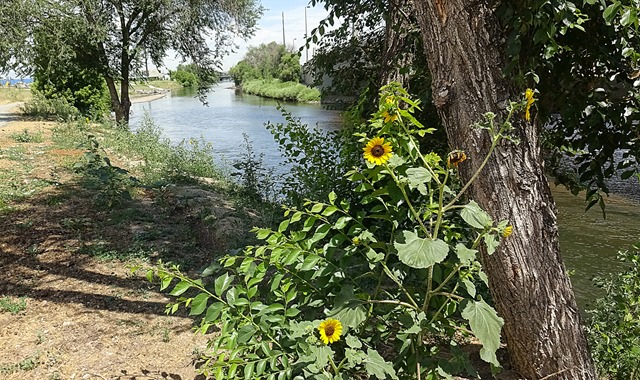 Casey and Erin have 2 dogs, Bailey and Stella. We hiked with them in Ouray a couple years ago and it took Stella a long time to warm up to us. She hasn’t changed much, and still barked and stayed far away, except a few times when she got brave enough to lick my hand and get petted for a short time. 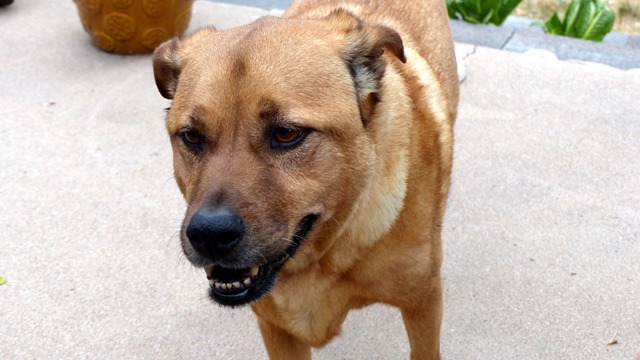 Poor Stella, who was terrified that I was in her living room taking her picture. 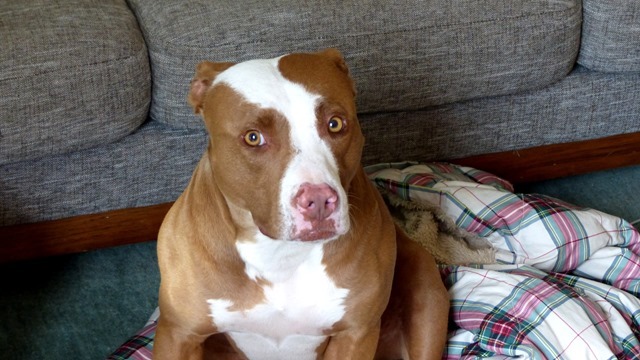 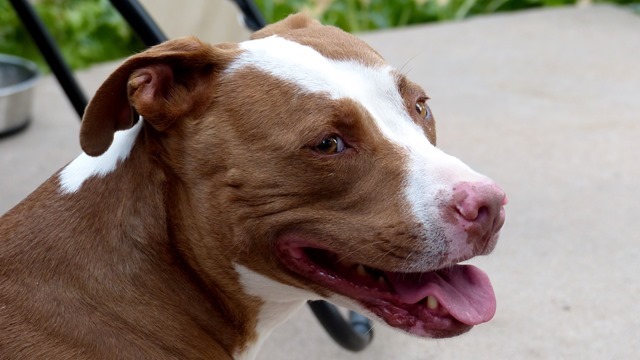 This is Brooklyn, their friends’ dog who spent a couple nights while we were there. He drools a lot but is extremely friendly, which means trying to evade the drool while giving him attention. 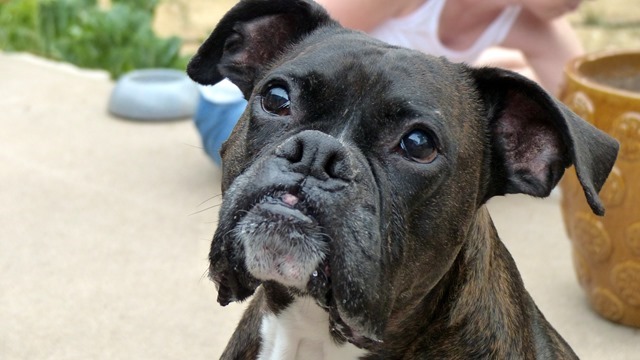 We also visited Locovore Beer Works, where we really liked all of the beers we tasted, went to the Community Recreation Center to work out, and hung out on the sidewalk in front of the house to watch the Littleton fireworks on July 4th. They were shooting them off in a park just three blocks up the street, so the traffic was crazy with people looking for parking spaces. We really enjoyed our time there. Thanks Casey and Erin!

Yesterday we moved up a couple thousand feet in elevation looking for cooler temps, but only found a little relief. Maybe it will be cooler on our glacier hike today.