Park City Hike and Change of Plans in Provo 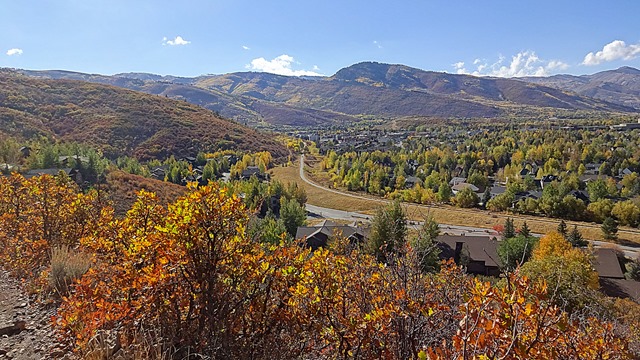 We had one nice day while staying at Jordanelle State Park so we took advantage of it by going for a hike in Park City. After the weather we’ve been experiencing lately, 50 degrees and sun is a treat. We pieced together a few different trails for a seven mile loop, starting at Prospector Park, walking a half mile on the Historic Union Pacific Rail Trail, then climbing the switchbacks of the Skid Row trail to the Lost Prospector, which follows a ridge for nice views. 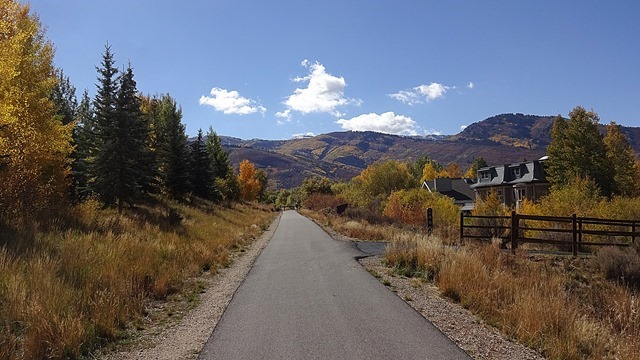 We saw several beaver dams and a den along the rail trail but no beavers. 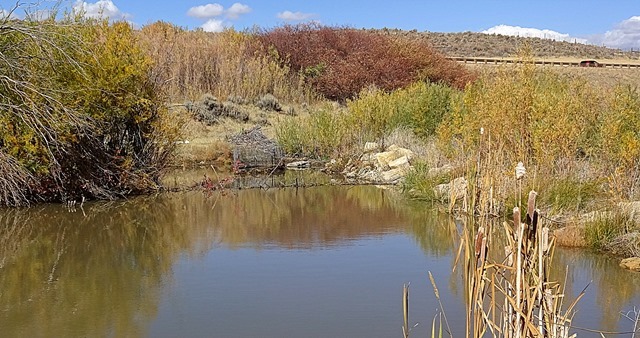 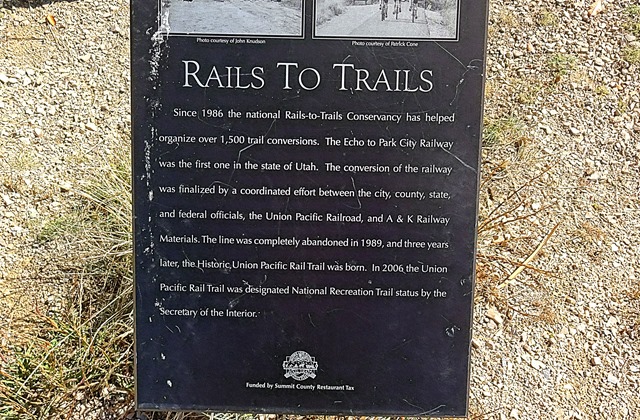 Jim had to check out the self-service bike tools. Nice that they have this along the trail if you need to air up a tire or make repairs or adjustments. 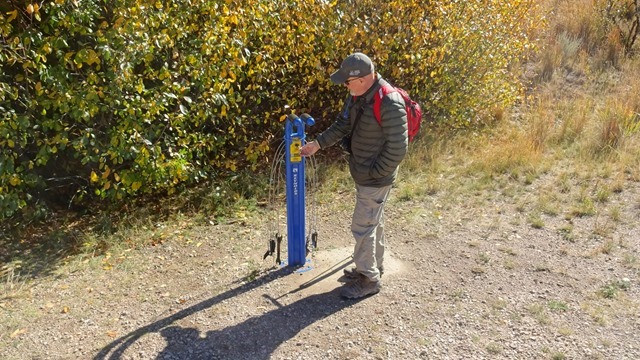 The leaves were a bit past peak but we still found some fall color. 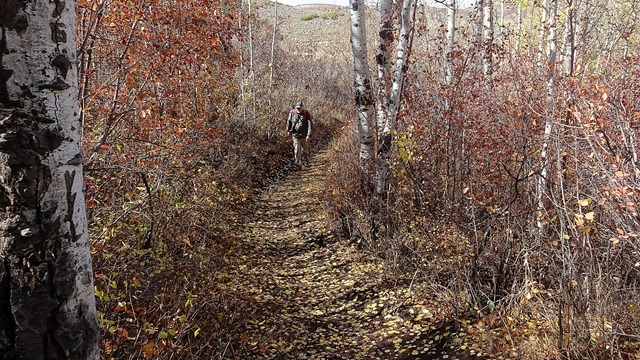 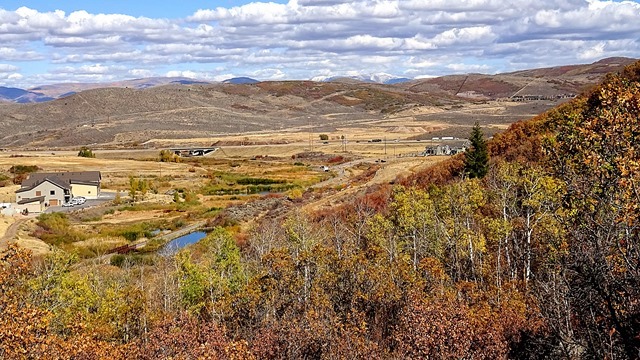 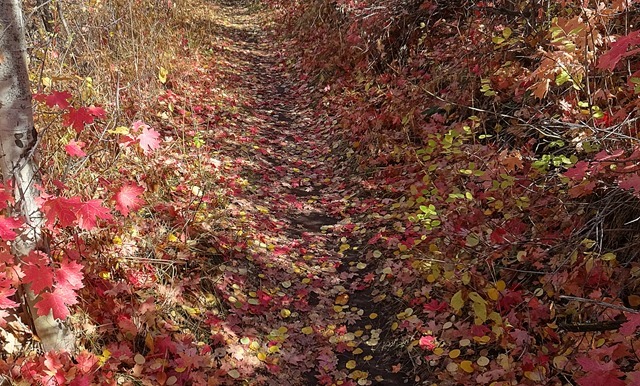 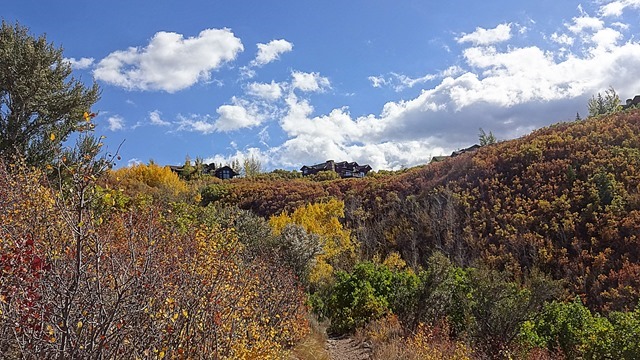 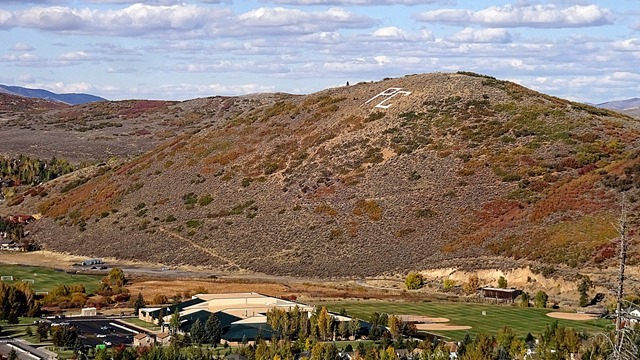 After five miles we came to the end of the Lost Prospector trail, then walked a short distance down a road to the rail trail again, where we had two miles to get back to the car. 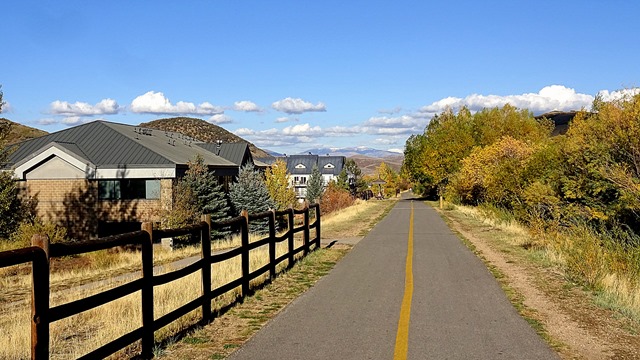 There were some cute fish sculptures along the trail. 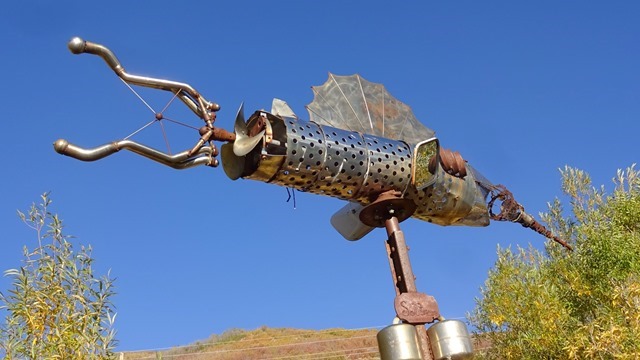 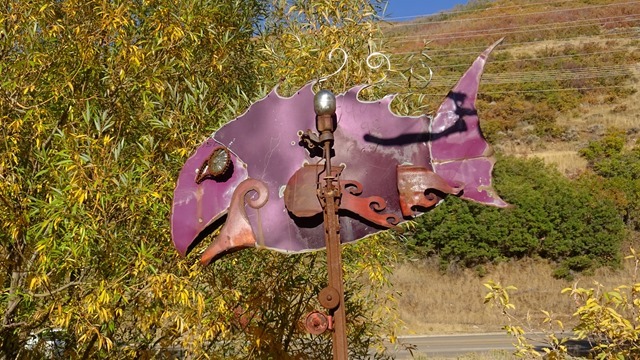 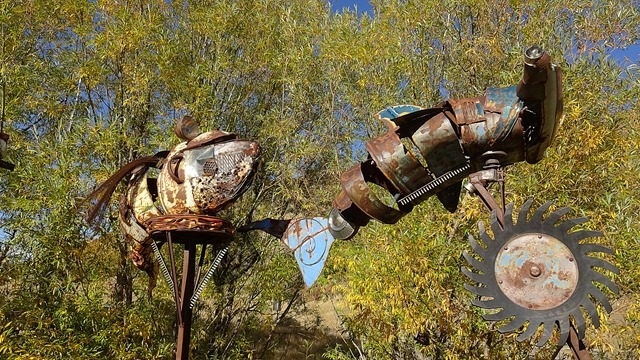 It was happy hour time when we finished and since Wasatch Brewery was nearby we just had to stop for a beer. Being in Utah the draft beer is only 4% ABV but I had the IPA and Jim had the Chocolate Rye Stout on nitro. Both were pretty good for watered down beer.

We got more rain that night but woke up to snow on Park City’s ski slopes. 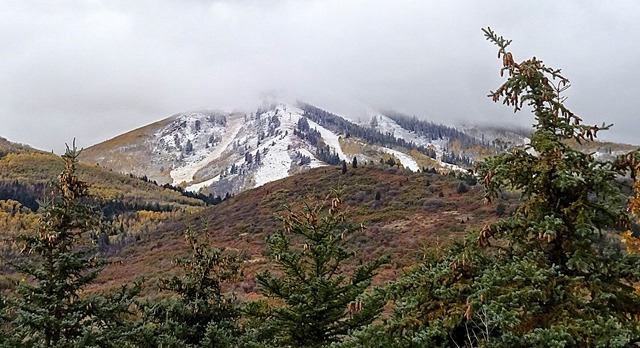 On Sunday, with more rain and possible snow in the forecast we decided to head to Utah Lake State Park in Provo where we’ve stayed before. Even though it’s just 45 miles south the weather looked a little better and we were hoping to do some hikes in the area.

Things did not start out well. With check-out not until 2 pm and with a short drive ahead, we didn’t go to the dump station until 12:30, where we encountered six other RVs in line. Apparently the dump was not draining and they were waiting on maintenance to come by. Since we hadn’t hooked up the car yet Jim backed out and decided we would just go on, I would drive the car, and we would dump when we got to Utah Lake.

I had checked the Reserve America website for Utah Lake, which stated the campground was open until October 31 and all sites we walk-in only, no reservations. So imagine my surprise when I pulled up to the gate and told the woman we wanted to get a campsite, to which she replied they closed on October 1st. I was shocked and asked her if we could park somewhere to figure out what we were going to do. You would think after all these years we would know better and have a plan B, but we never seem to learn.

Jim pulled through and asked her if the dump station was open, and if so could we use it. Thankfully it was, but the water was shut off so we didn’t get to do a thorough rinse. We pulled into the parking lot and had a bite to eat while trying to figure out where to go next. Of course it had started raining again by this time, and it was close to 3 o’clock. Jim was opting for just driving south as far as possible until the rain stopped, then renting an apartment somewhere.

I, being the level-headed one in the family, suggested we see if the nearby RV park we passed had a site for a couple nights so we could come up with another plan, do some shopping at Trader Joe’s, and wait out another day of predicted rain.

Our not-so-lovely site at Lakeside RV Campground. At least they didn’t put anyone next to us, since the power was so low we had to use the second 30 amp outlet to run one of our electric heaters. 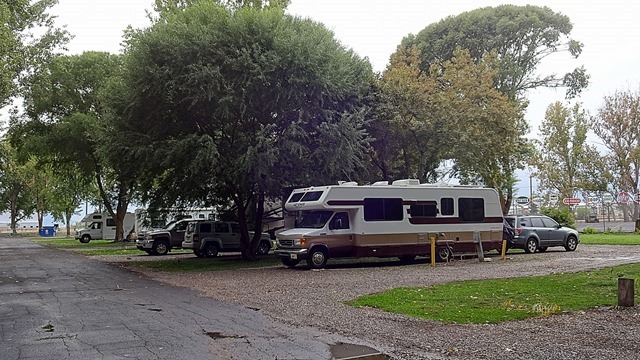 The rain eased up for a walk over to the state park, passing this storage facility which displays old signs and gas pumps. 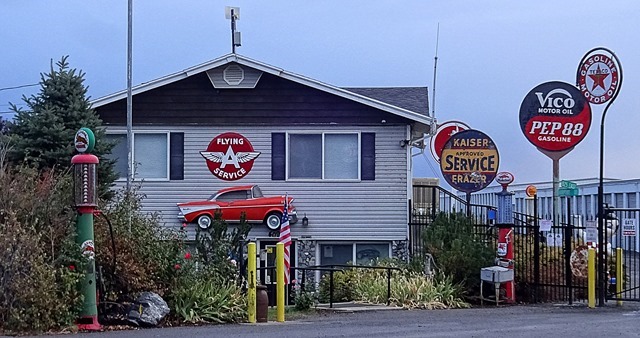 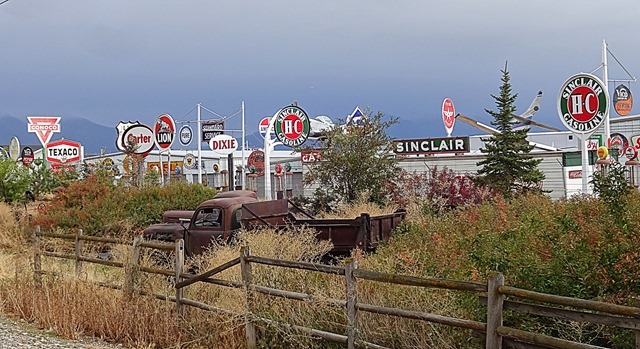 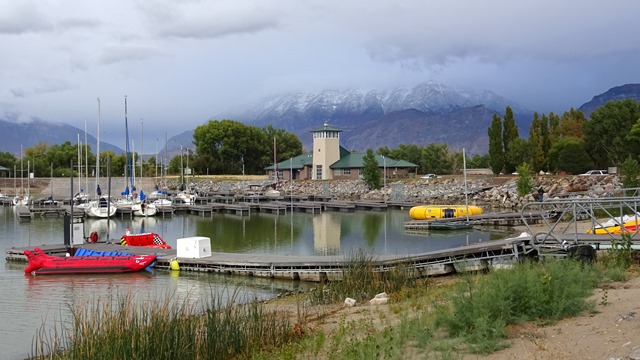 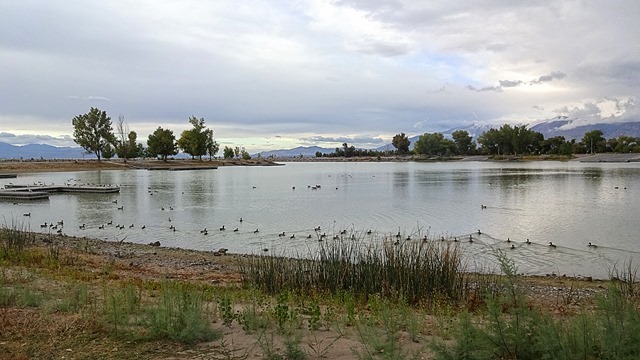 It rained all day Monday but we did our grocery shopping and worked out at the Provo Recreation Center, which was very nice but busy since it was Columbus Day and not a good day for outdoor activities. Two nights were all we could take at Lakeside RV so we moved on yesterday closer to Moab, where we hope to find a boondocking site if things ever dry out.