A Taste of Wisconsin

We had a week to kill after leaving Erie before we were scheduled to visit friends in Iowa. We tried to find somewhere interesting to stop in Ohio or Indiana but couldn't come up with anything and it was hot and humid, so Jim mentioned that he would like to visit Madison, Wisconsin. When we looked at the map we realized it was sort of on our way to Des Moines so I started searching for lodging and found an Airbnb in New Glarus, about 20 miles southeast of Madison.

Being over 600 miles from Erie we decided to take it easy and spend two nights along the way, driving on backroads and avoiding interstates as much as possible. Our first stop was in Defiance, Ohio, where we stayed at a pleasant Quality Inn, arriving early enough so that we could go for a walk and have a nice dinner out. We were not far from Independence Dam State Park and this trail. 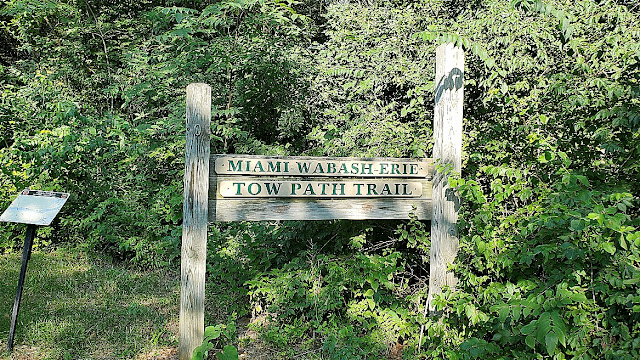 After our walk, we stopped at Fired Stone Tavern, part of a restaurant/brewery complex at nearby Eagle Rock Golf Club. They had a great vegan pizza, okay beer, and a lovely open-air dining room. 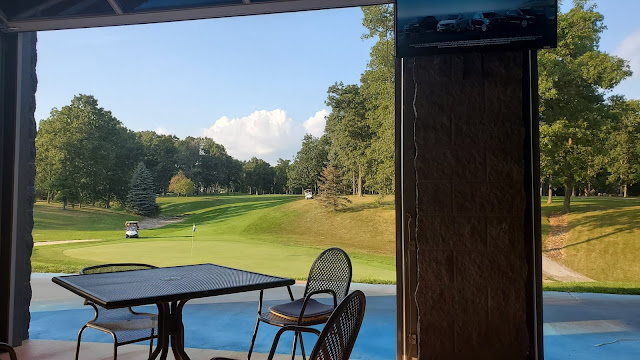 The next day was almost a replay of the previous, driving a couple hundred miles and stopping early in Bourbonnaise, Illinois at a Comfort Inn. This time we walked at Kankakee River State Park on a pretty paved trail along the Kankakee River that looked much like the Maumee. It would have been nice to have bikes to ride on these trails but we knew bikes would have been too much trouble to deal with on this trip. 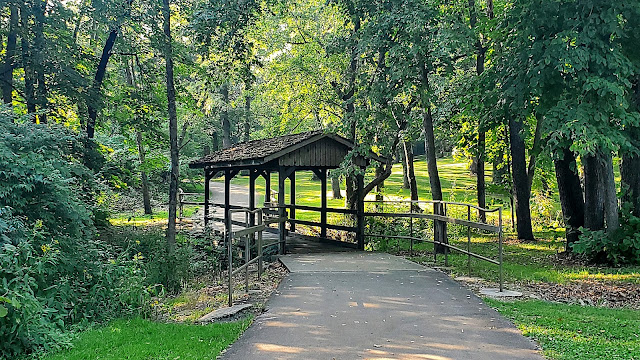 The next couple hundred miles took us into Wisconsin, a state we never made it to in the RV. New Glarus is a cute little village settled by the Swiss and retaining much of its heritage. It's home to the popular New Glarus Brewing, which unfortunately remains closed to the public due to Covid, although they are still producing beer. 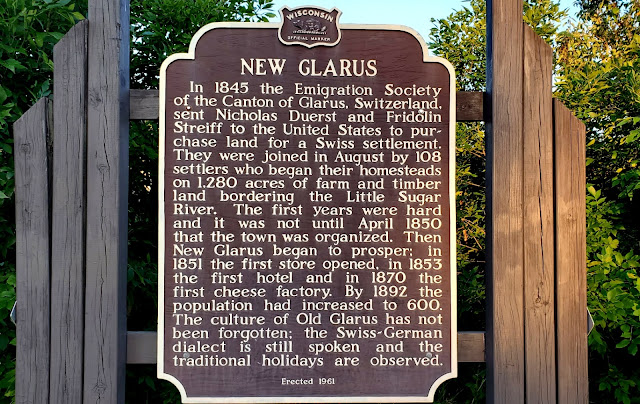 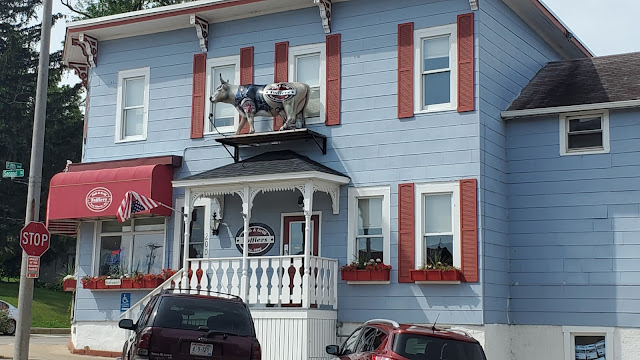 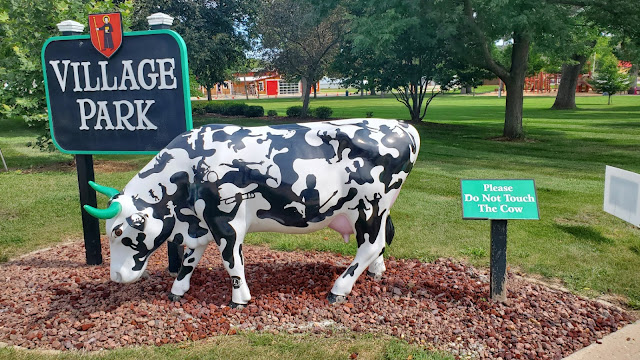 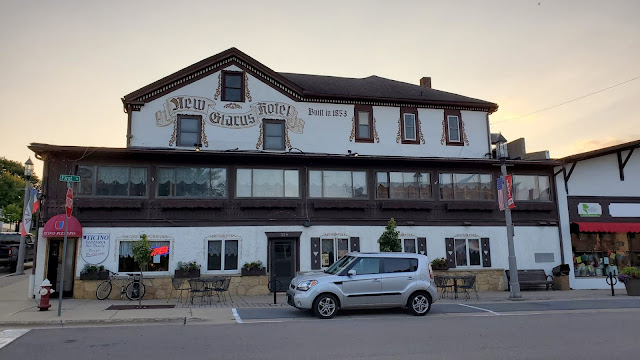 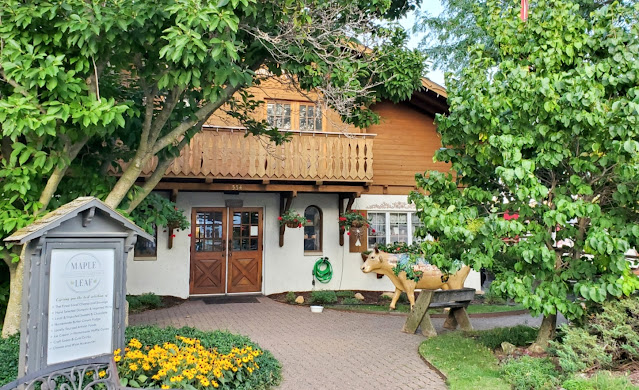 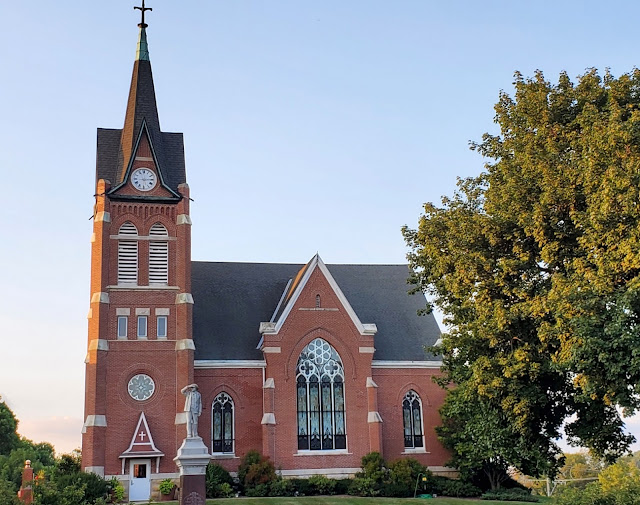 We did walks around town and along the Sugar River Trail, on an abandoned rail line. 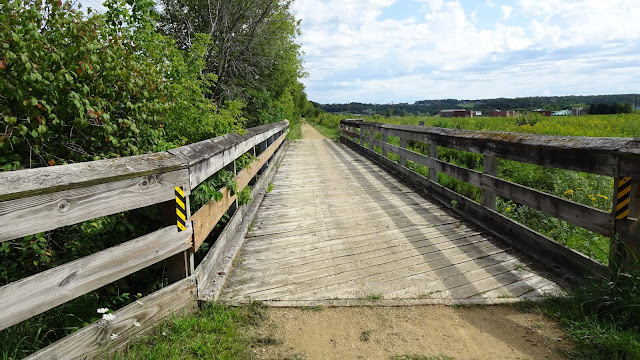 One day we drove about 15 miles north to do a hike at Donald County Park near Mt. Horeb. Pretty scenery and the first time we've hiked on a mowed trail. 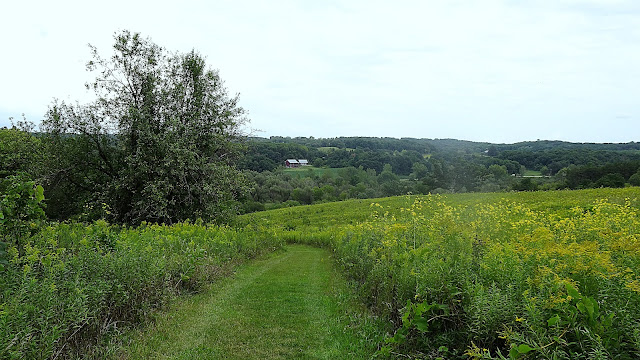 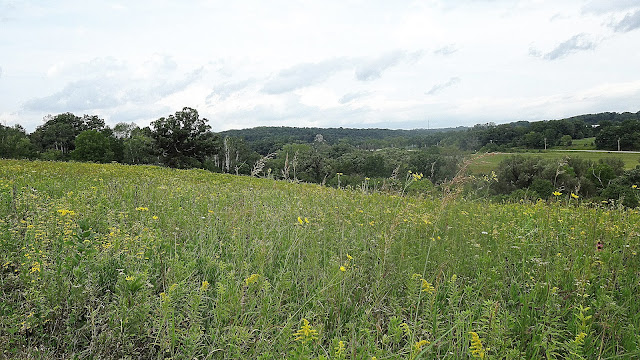 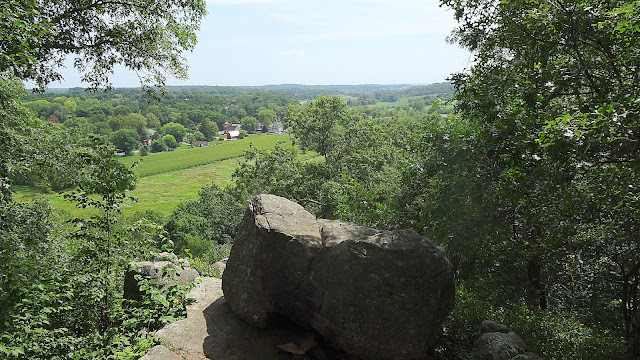 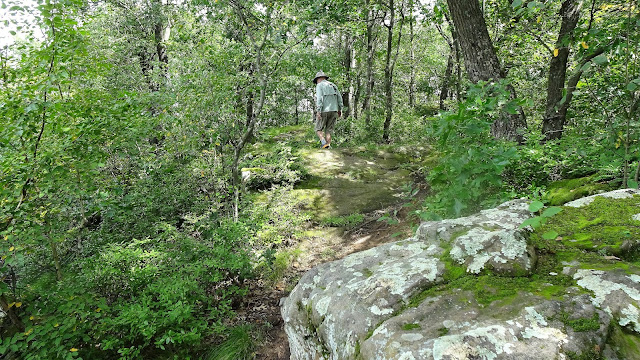 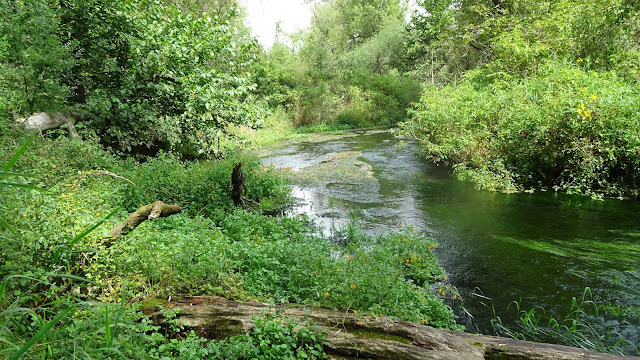 We picked Sunday to drive into Madison, since we wanted to avoid traffic and have an easier time with parking. Also it was the most pleasant day of our stay, with low humidity and in the low 80s. We really enjoyed walking around downtown.
The Capitol was open for self-guided tours so we went in to check it out. This was another capitol building where anyone can just walk in, no passing through security, although we did see one security guard sitting in the rotunda. 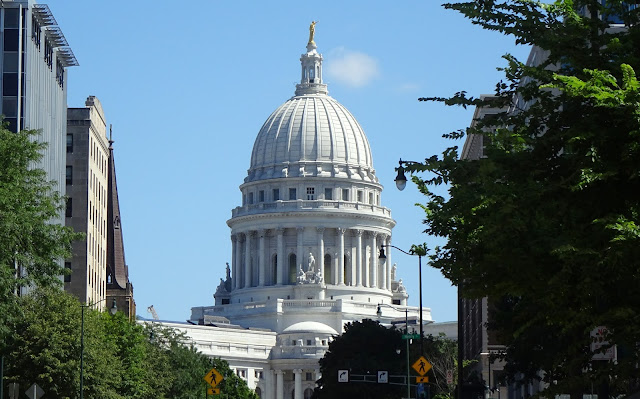 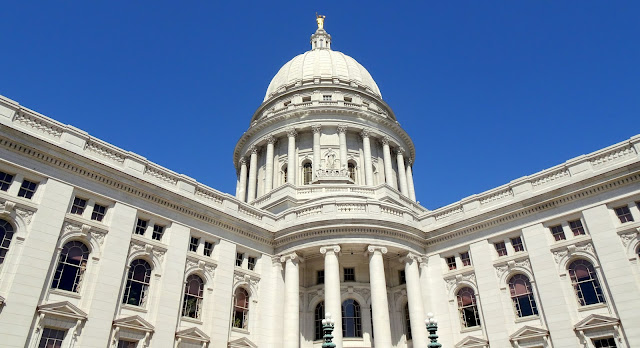 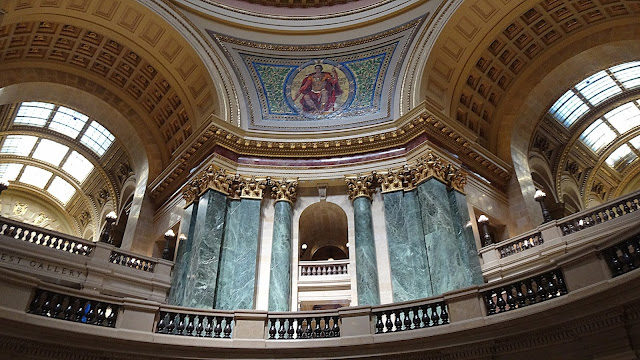 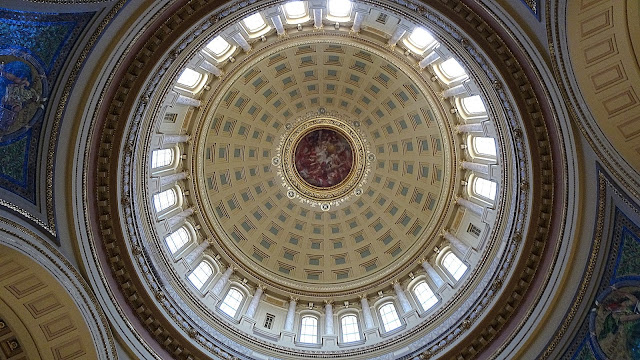 There is a nice museum on the 6th floor with a spiral staircase leading to an observation deck 236' up from ground level. 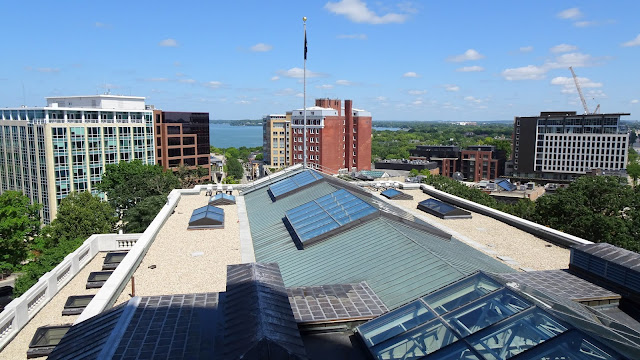 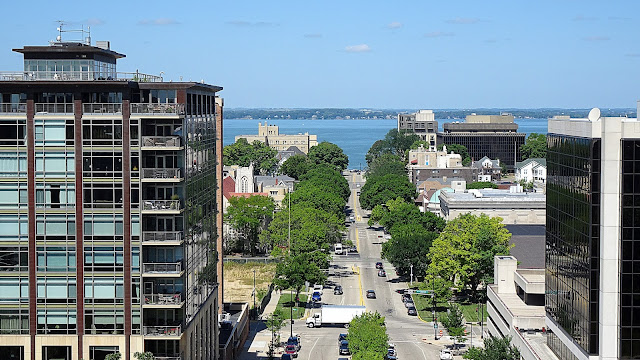 From there we walked down to the Capitol City Trail along Lake Monona. 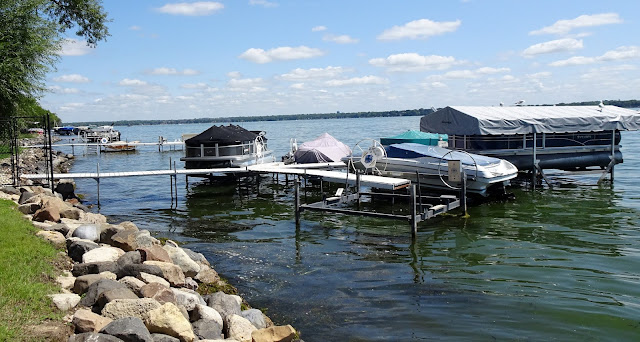 There was a bike shop along the trail where I lusted after this mountain bike. Maybe when they put it on sale! 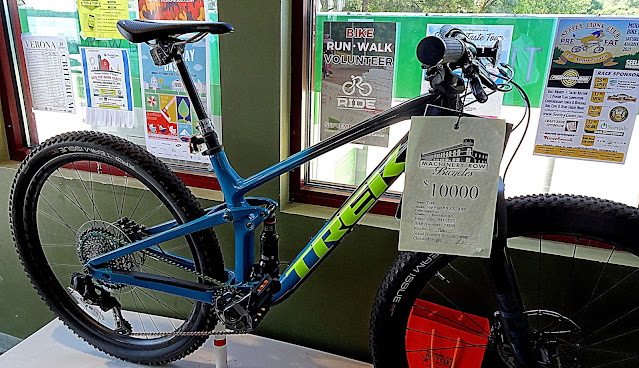 Then we walked along State Street towards the university and had lunch at Mooyah Burgers, where they had a surprisingly delicious veggie burger and sweet potato fries. For dessert it was vegan ice cream at The Chocolate Shoppe. We really liked Madison and wished we could have spent more time there.
Next up, Iowa, another state we never made it to in the RV.
Posted by Jim and Gayle at 5:00 PM