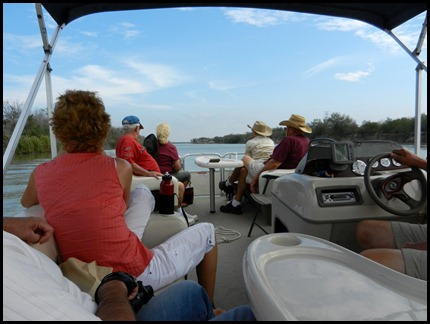 We spent New Years Eve afternoon on a pontoon boat tour of the Rio Grande. It was partly cloudy and in the upper 70s, a perfect day out on the water. The park has a very nice pontoon boat, and Doug, one of the work campers, is the captain of the boat and takes people out for tours several days a week at $10 a person. There isn’t much along the river since this is mostly agricultural land.

Sugar cane, which will soon be harvested. 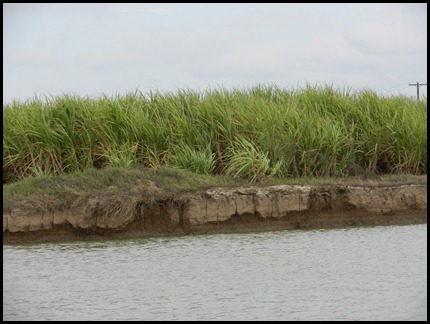 We saw lots of birds. Herons, kiskadees, ospreys, hawks and others. 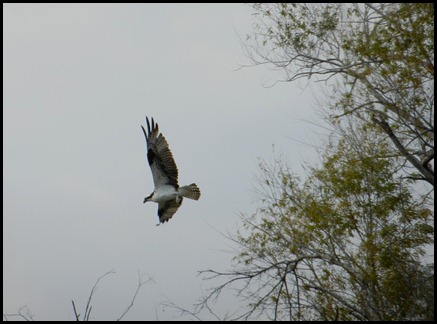 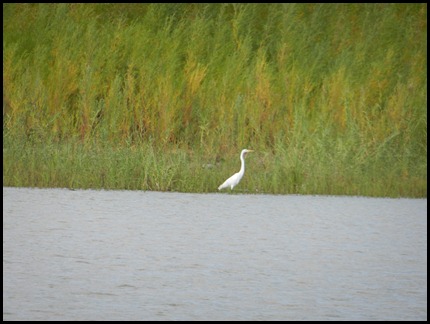 There was a big flood a few years ago, which damaged most of the structures on the river.

A restaurant on the Mexican side. 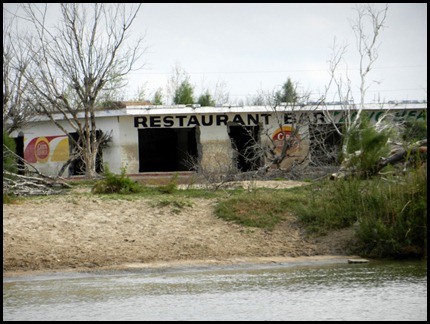 Pepe’s on the US side. Apparently it was a very popular place. 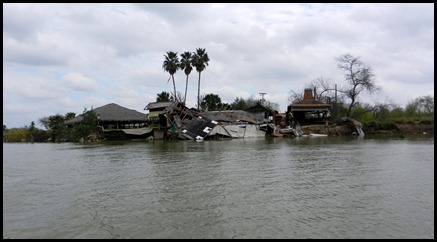 The Riverside Club, which rebuilt after the flood. 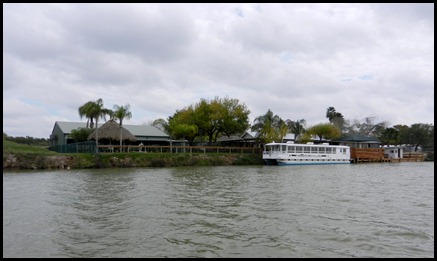 Mexico has a lot of nice parks on the water. 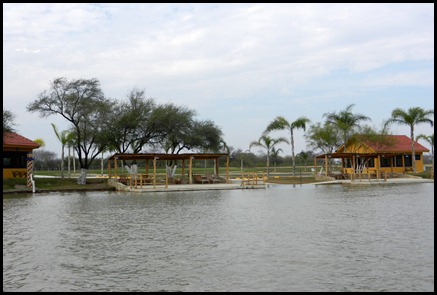 And this place which was supposedly built by a drug cartel, but was taken over by the government and renovated after the flood. 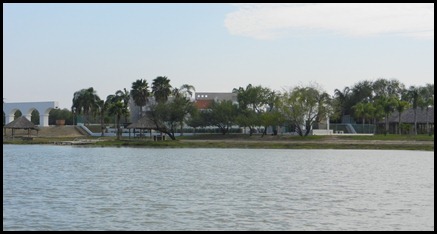 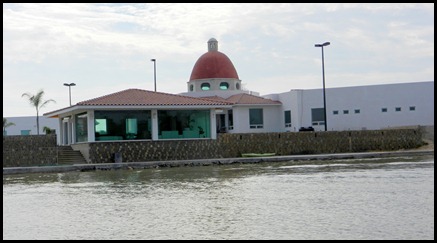 Back to the US side, local history says President Zachary Taylor spent some time here during the Mexican-American War. 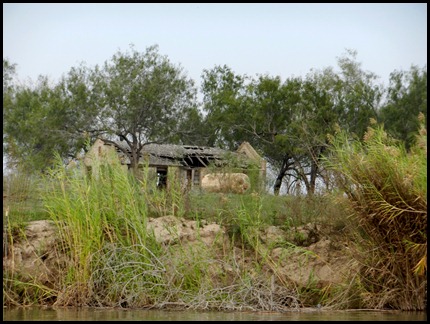 Chimney Park RV Resort. Some sites are on the river but it didn’t look that great. 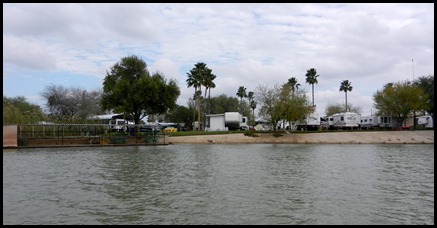 After 3 hours on the river we arrived back at the park. There is a palapa on the water, and some of the people staying in the RV park had a big cookout, which everyone was invited to. We stopped by to watch them play some silly game. 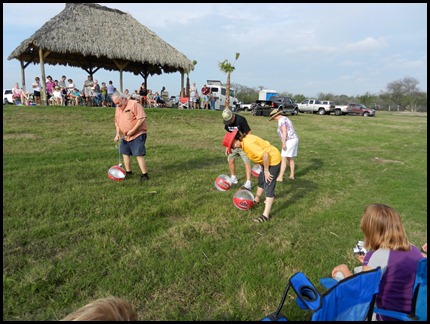 Last night we watched a movie, then around 10 poured a glass of our Mexican B&B, and took a walk around the park. There was a dance at the clubhouse (we didn’t go), and it sounded like they were having a great time. Since it was sold out, a group of people had dinner, music and dancing at one of the several palapas. We stopped and talked to some people there, and strolled around looking at Christmas lights. It was so pleasant we brought Quincy out and sat outside for awhile. Somehow we even managed to stay up until midnight, something we haven’t done in years.

2011 wasn’t our best year on the road, with Jim’s gallbladder surgery in January, cataract surgery in March, and Oreo’s illness and death in August. We did have some good times, though, visiting with friends and family back east this fall. We’re hoping for a better 2012 and we wish everyone a happy, healthy New Year!