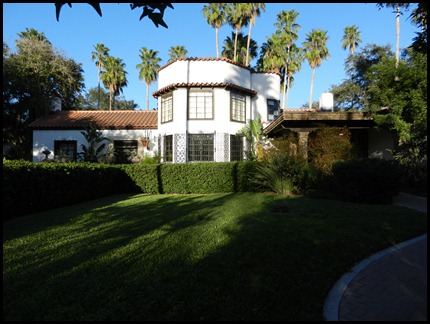 No, we didn’t go back to Mexico, it just sounds like it. During our visit to Estero Llano Grande State Park, we talked with a gentleman who recommended that we not miss Quinta Mazatlan, an estate and birding center now owned by the city of McAllen. Last evening they were having a birding program by nature photographer Luciano Guerra, so we arrived early to have time to wander the house and grounds and hopefully see the green parakeets that come to the area. 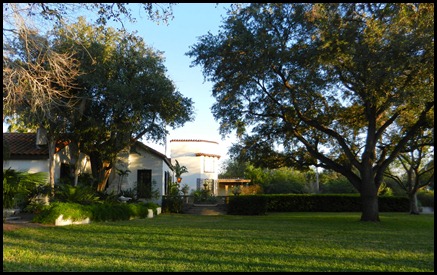 There were many bird feeding stations but it was quiet and we only saw a few chachalacas hiding in the bushes, no parakeets. 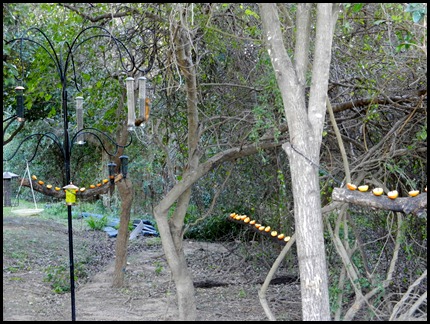 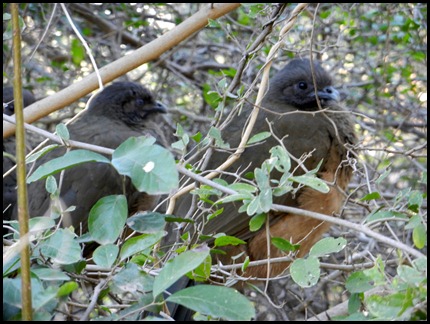 This guy had the feeders all to himself. 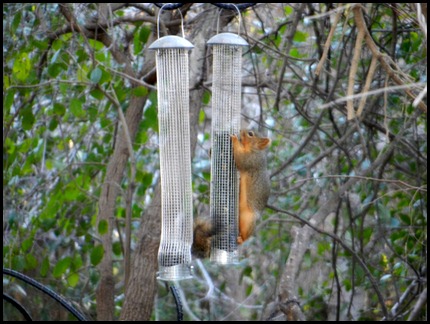 And this cute little rabbit nearly ran right up to us on the trail. Giant butterflies among the palms. 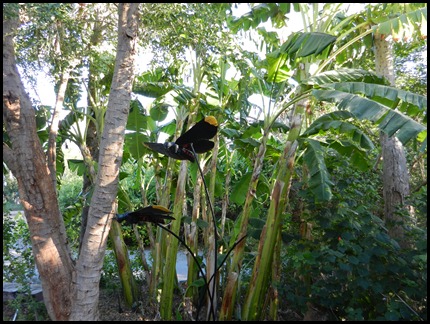 And the 1935 house was beautiful, very luxurious for it’s time. This is the grand hall where the program took place. 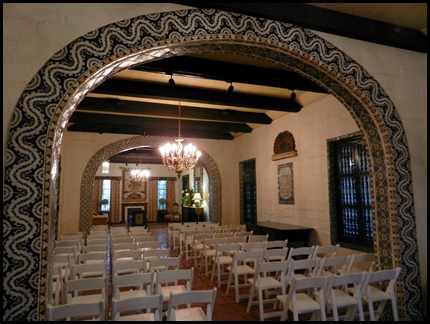 Tiles around the windows. 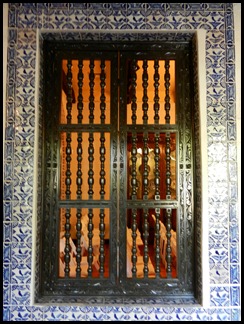 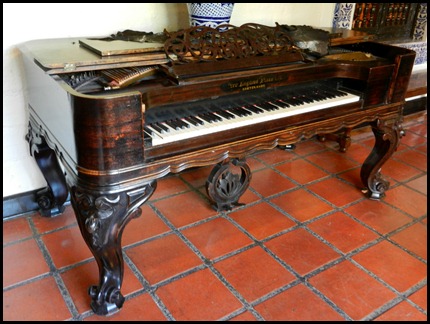 And even a Roman tub. 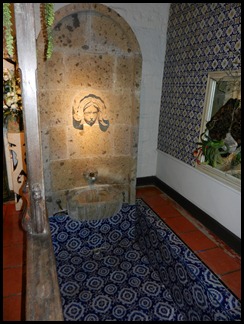 It’s been fun learning more about birdwatching but we will probably never become serious birders. I can’t stop and be still that long. The other day at the state park the volunteer told us a woman came from South Padre Island to see the Clay Colored Thrush that’s been hanging around the park. She waited four hours and the bird never showed up. The next day we rode our bikes into the park and stopped for a minute to see what was at the feeders. There was the clay colored thrush! Guess the poor woman came a day too early.