Morena Butte Trail and Moving On to the Big City 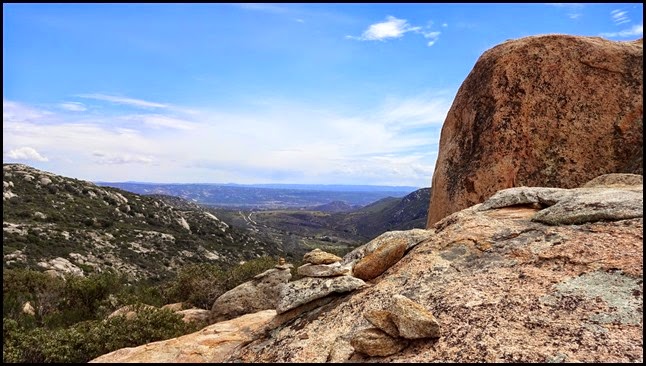 With so many nearby trails to choose from, we decided to stick with the one that Hans and Lisa told us is their favorite in the San Diego area, Morena Butte. We started our hike at Lake Morena County Park, about 20 miles from our free campsite at Viejas Casino. In order to get to the Butte trail, it’s a three mile hike towards Mexico along the Pacific Crest Trail, which is worth it for the views even if you don’t tackle the steep climb up the butte. 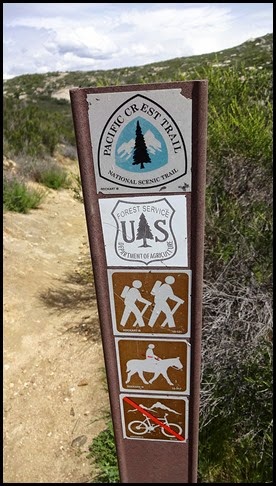 The trail takes off with a good little climb, so it wasn’t too long before we had some nice views of what used to be the lake. Unfortunately San Diego needs the water so they are draining the reservoir down to just about nothing. 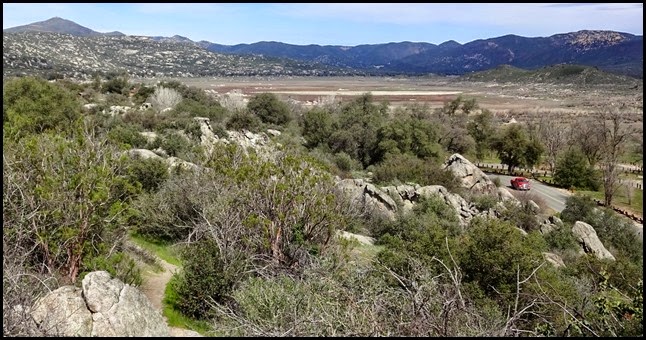 The surrounding hillside is dotted with houses that used to have lovely views of the water. I’m guessing their property values have plummeted, since the boat launch is now closed. 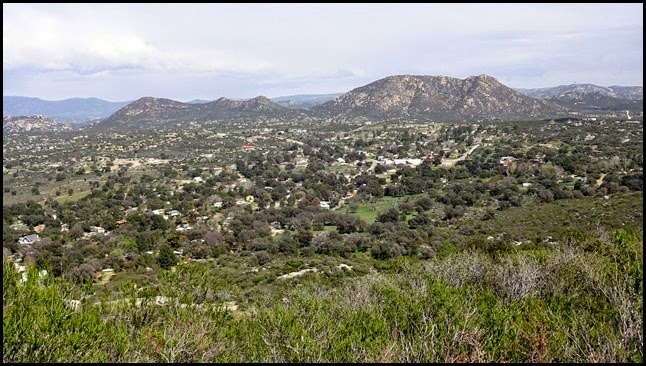 As we continued along we did finally see the dam and what little water there is. 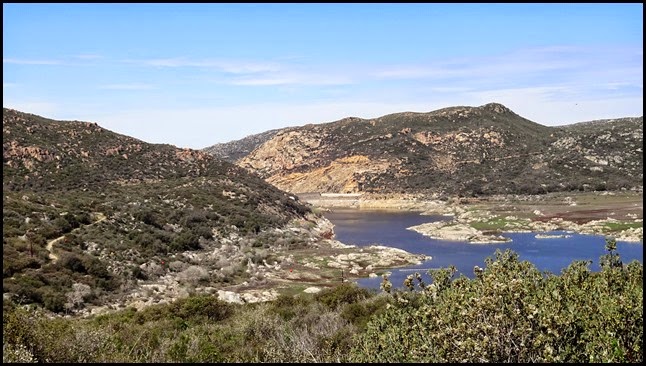 A couple miles into the hike we saw two guys sitting beside the trail. Turns out they were on their second day of thru-hiking the entire Pacific Crest Trail, having started at the Mexican border. They hiked 15.5 miles the previous day, with only 2,635 miles to go! A few minutes later another hiker stopped and we had a nice little chat. They said normally around 200 people make the entire hike but more are expected this year due to Cheryl Strayed’s book and movie, Wild.

Little Spoon, Knight Shade, and Perk. Hope they make it all the way! 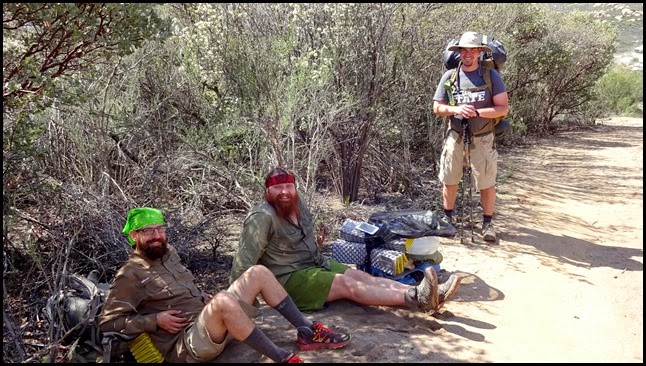 Another mile on the PCT and we came to this sign for the turnoff to Morena Butte. Good thing it was there, as the trail wasn’t visible. 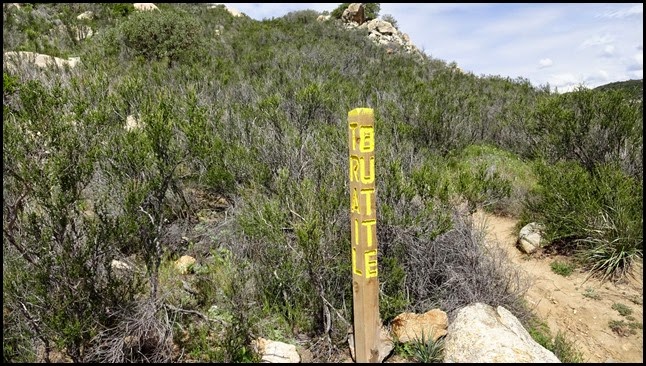 The steep climb started right off the bat, with rocks to scramble up and over. It finally leveled off a bit, but then would climb even steeper. There were a few cairns to mark the trail but it wasn’t always easy to follow. It was a mile up to the top of the butte, but with a quarter mile to go we lost the trail and would have to scramble the rest of the way up. It was just one of those days, and neither of us had the desire or energy to go all the way up, so we turned back and retraced our steps. It was still a great hike, with lots of interesting and colorful rock formations, wonderful views, and quite a few flowers. 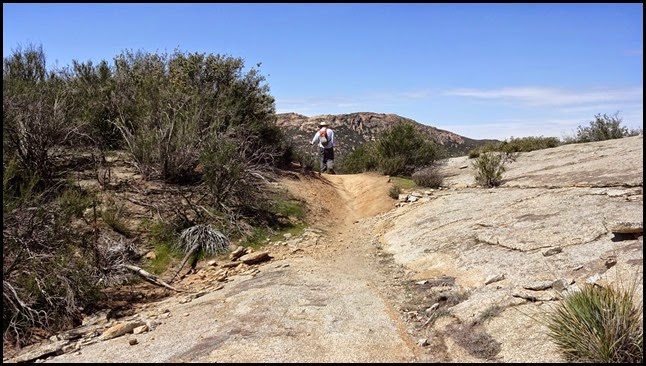 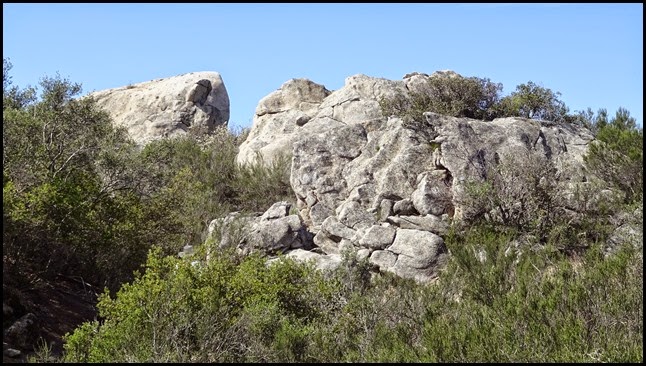 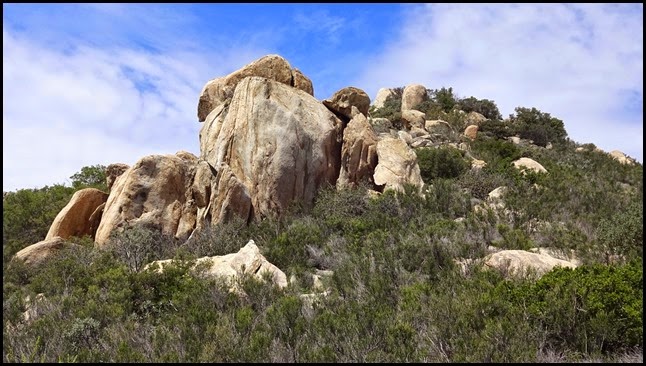 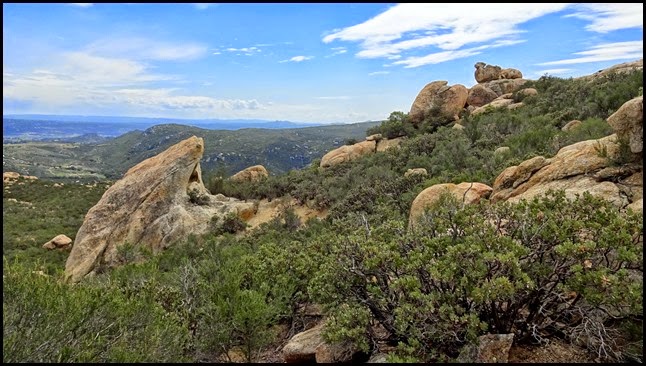 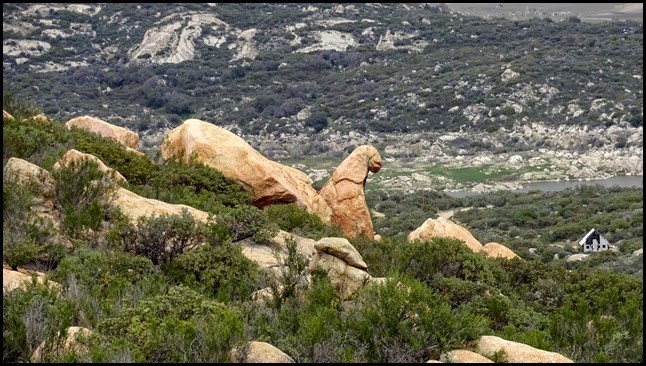 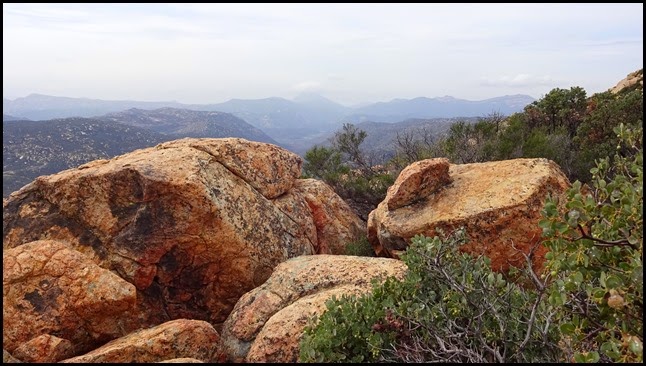 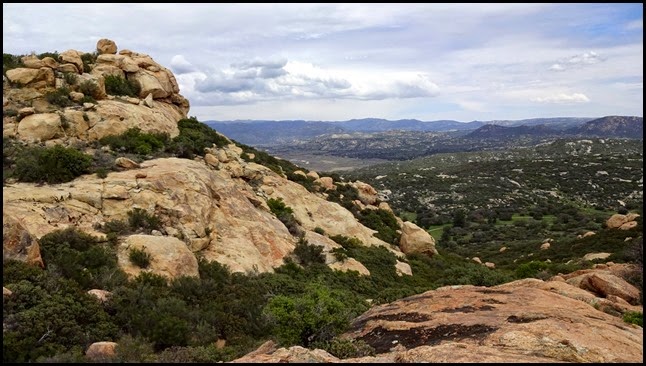 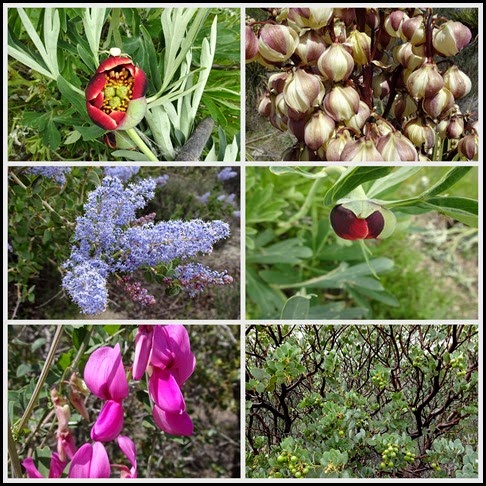 We left Alpine yesterday for a short drive that turned into a long trip to San Diego. I’ll just warn you not to try to get gas in a motor home between Alpine and Mission Bay RV Park, where we are spending the next month. We had to disconnect the car at one point, but still couldn’t get in a gas station for various reasons. Between that and the traffic, Jim was ready to turn around and go anywhere else. Luckily Paul and Nina (Wheeling It) invited us to join them at a couple breweries yesterday afternoon, where we discovered some of the best and most unique beer we’ve ever had. Jim changed his mind about San Diego after Nina said she would tell us which breweries we could just ride our bikes to from the RV park!

Belching Beaver Brewery. With a name like that the beer just has to be good. Although I usually drink IPAs, I ended up having a pint of their wonderful Peanut Butter Milk Stout. 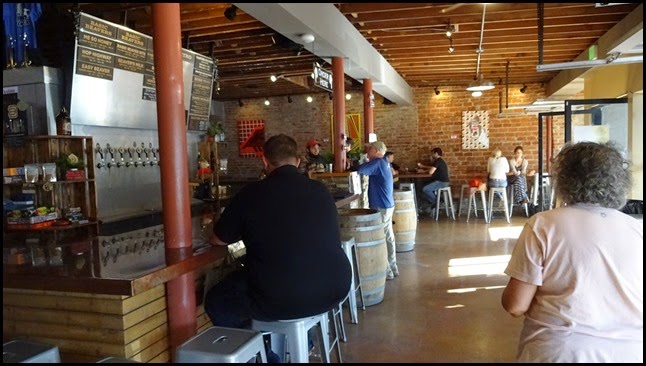 Brenda (Island Girl Walkabout) joined us a little later with her sweet doggie Angel. Paul was patiently waiting for Nina to photograph the beer. 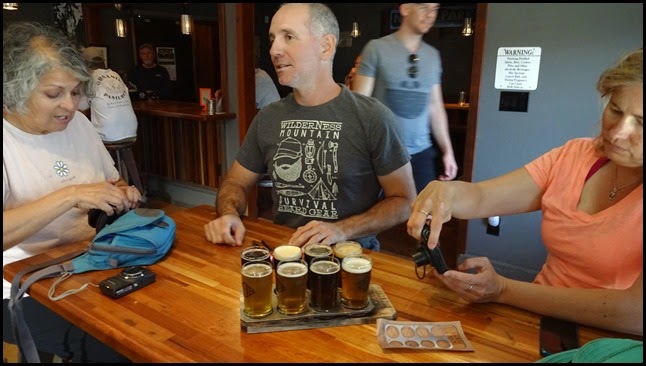 Angel patiently waiting for Brenda to drink the beer. 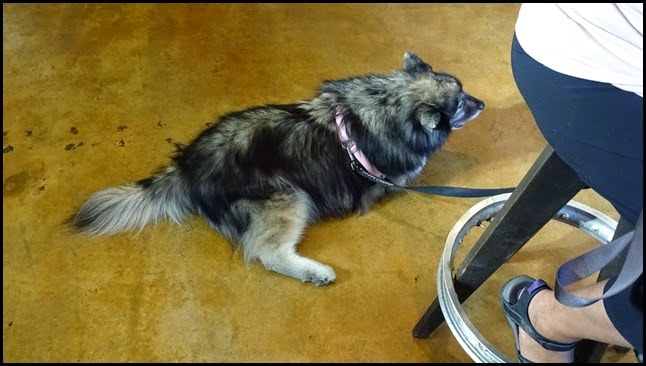 We then moved on about a mile away to Thorn Street Brewery, where the beer was just as good or better than Belching Beaver. Russ and Todd joined us for dinner from the Thai food truck that pulled up in front of the brewery. It was our first food truck experience and it was excellent. 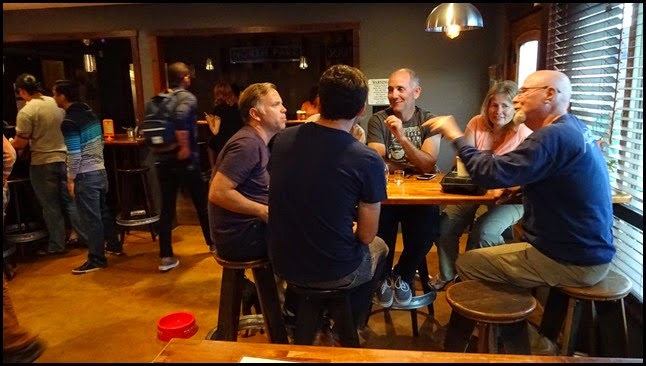 Frances, Russ and Todd’s cute little dog who would not hold still for a good photo. We just love that so many places here are dog friendly, and not just in the outdoor patio area. It should be good month… 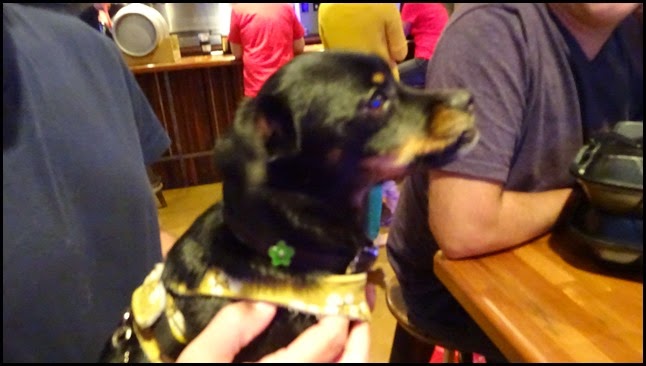