We were hooked up and pulling out of San Diego at 9:05 Sunday, much earlier than our usual departure time, but we hoped the traffic on Sunday morning would be light. We were right, and it was an easy drive north on I-15 to Temecula, where we stopped for gas and a few things at Walmart before the last 15 mile winding climb east to Jojoba Hills. We were last here in January 2011, and it was as nice as we remembered. The office is closed on Sundays but you can stay in the boondock area, which we did.

There were only a few other RVs there, and it felt like paradise after our month in San Diego. 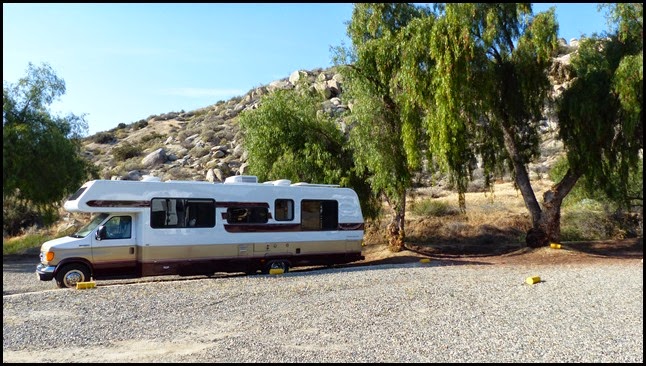 Suzanne arrived on Saturday, and Debbie has been here for a week, so after working out in the fitness room I joined them in the beautiful pool. No photos of any of us in bathing suits! 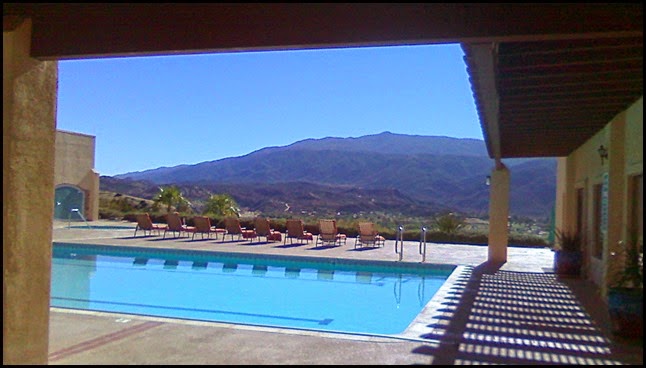 That evening we had a little get-together at Suzanne’s site, since she managed to score one of the nicest in the park. It was another mini blogger fest, with Suzanne (Take To The Highway), Judy (Travels With Emma), and Terry and Luann (Paint Your Landscape), whom we met for the first time. The beer, conversation, and laughs flowed freely. 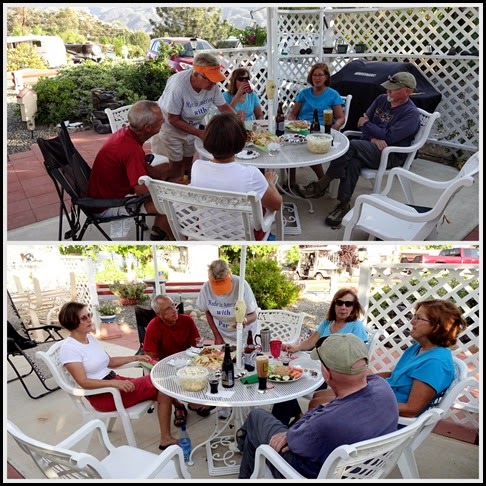 Yesterday we moved up the hill to a very nice full hook-up site. I forgot to take photos so I planned to do so this morning. What a surprise when I got up and it was raining, which was not in the forecast that I looked at yesterday. 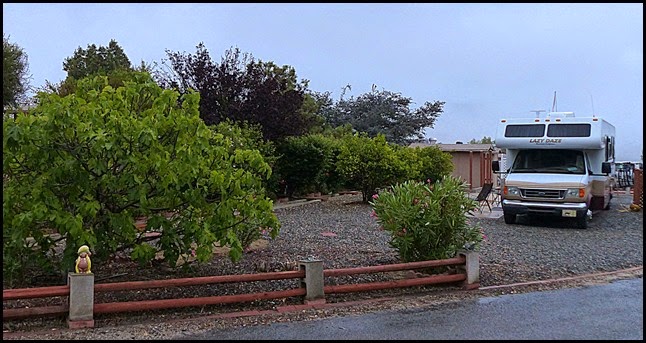 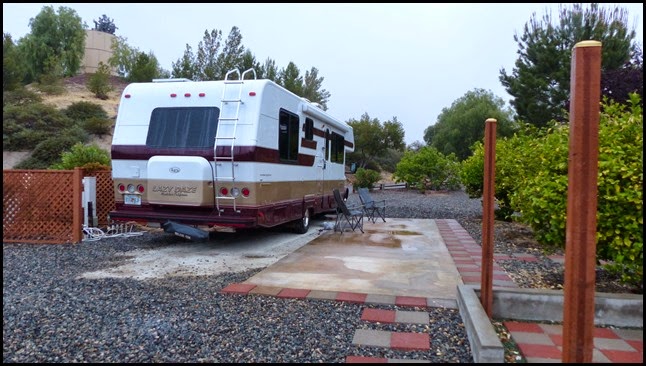 We took a hike on the adjacent BLM land yesterday afternoon, where there are miles of roads and trails. We were hoping we could ride our mountain bikes here but there is too much deep sand for our liking. 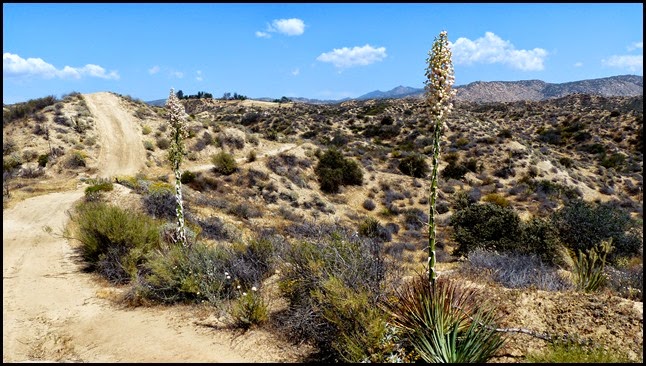 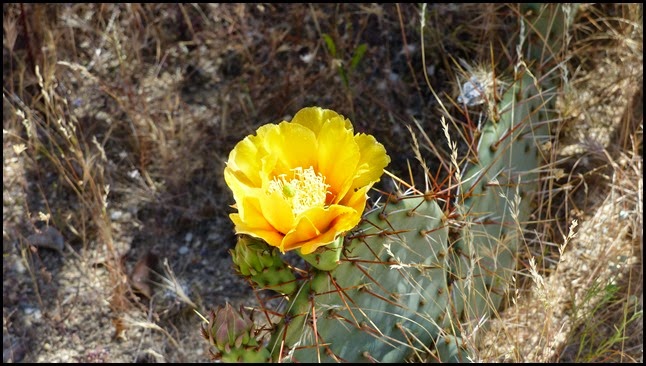 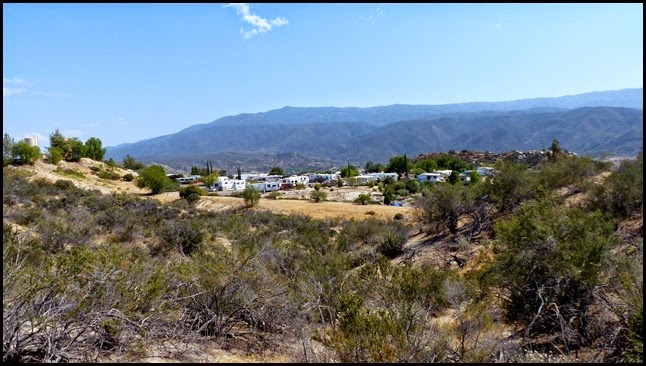 It was a pretty warm afternoon, so it was nice to be able to go for a swim when we got back from the hike. While soaking in the hot tub, we saw someone wave, and it turned out to be Pete and Frederika, Lazy Daze owners we met in Quartzsite, and who have since purchased a lot here. This is a very nice park and we understand why so many people use it as a home base. We aren’t quite ready for that, but we’ll just enjoy the peace and quiet (and the amenities) while we’re here.