Please excuse the layout of this post since I'm writing it directly to Blogger. Windows Live Writer is down and it seems impossible to get text and photos where I want them with Blogger. 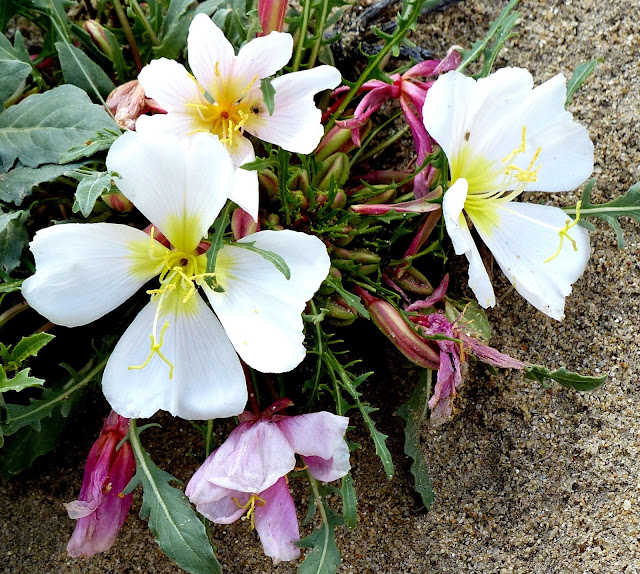 In spite of six straight days of rain we really enjoyed our stay at Washoe Lake State Park. It was barely half full over the holiday weekend and blissfully quiet. We had great next door neighbors, Terry and LuAnn, who braved the dark clouds and threats of rain to join us on several walks in the park and up the surrounding hills, and drank our beer;-) 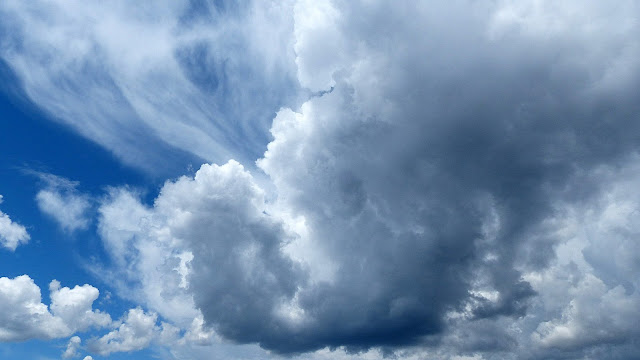 We got rained on every hike except one, the worst being one last hike after Terry and LuAnn left, where we were caught in the middle of a thunderstorm about a mile from home. Jim has threatened to never hike again when storms are predicted. We’ll see how that goes! 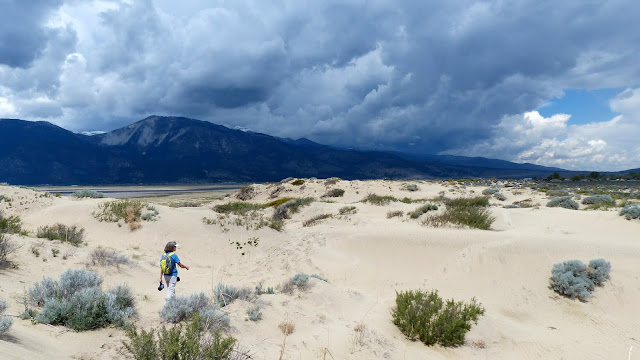 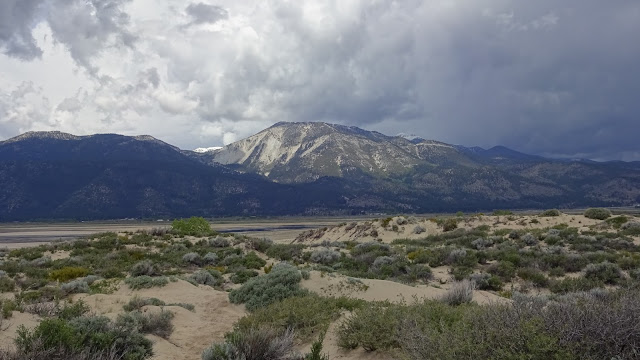 A few more photos from our treks around Washoe Lake.
LuAnn, Terry and Jim, checking out the lake. In spite of all the rain it was still mostly dry. We would love to return here one day when it’s full. 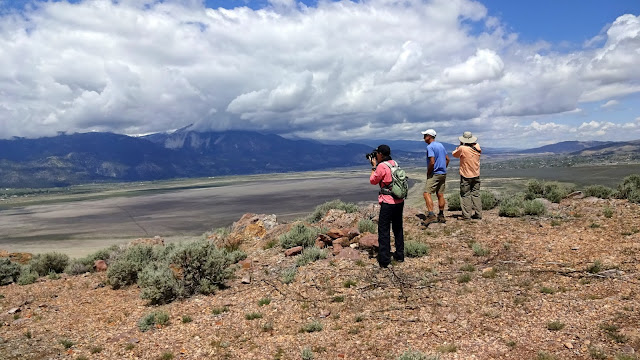 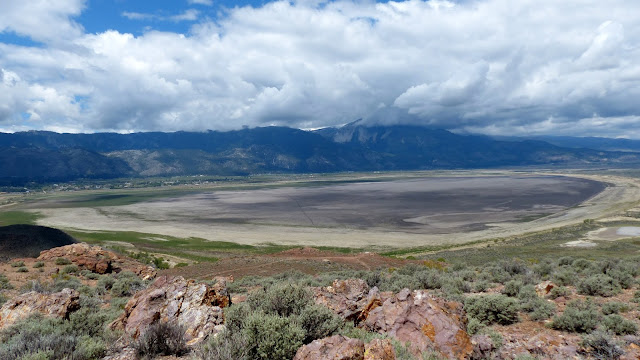 There are miles of trails and dirt roads to explore. 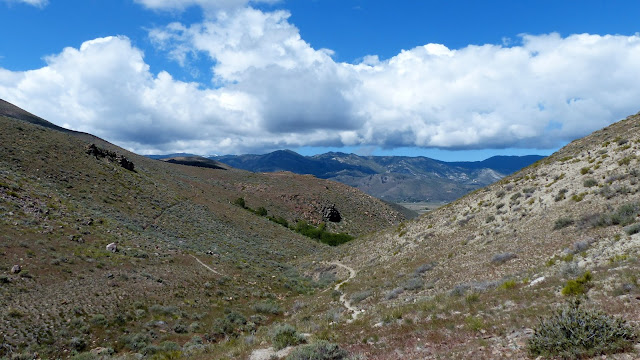 Not sure whose well-maintained grave this is along the Deadman’s Creek trail. 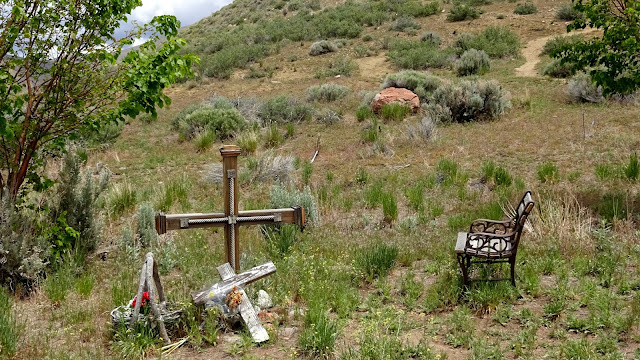 There is a nearby hang glider launch and landing pad right in the park. 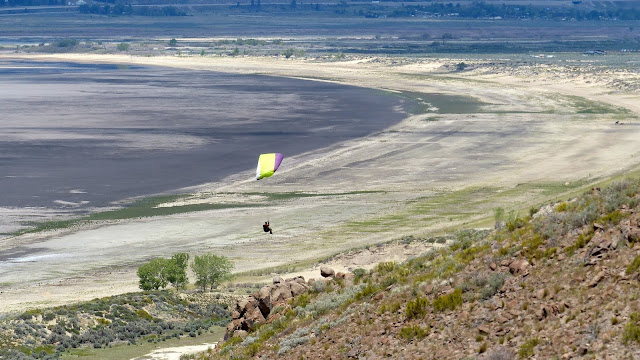 One day we did some shopping in Reno, where you will find just about every store known to man. Another day we visited Carson City to wander the streets of the historic downtown and check out the state capitol building. The second floor has a historical museum, and we were surprised to be able to walk right in the building without being checked by security or passing through a metal detector. 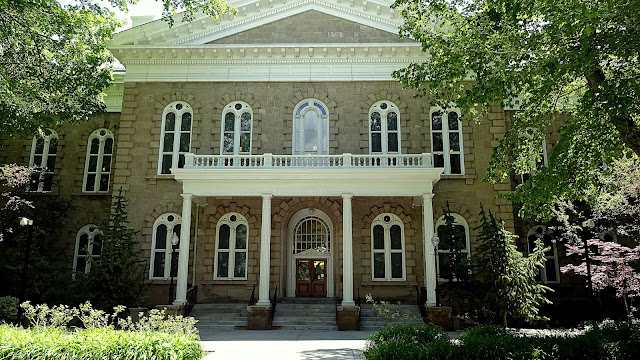 We really liked Carson City and the surrounding area and think this might be a nice place to live. One of these days we’d like to come back and spend more time. It’s small enough that it’s easy to get around, there isn’t much traffic, it has a Trader Joe’s and Costco and nearby Reno has everything else if you need it, and is close to the Sierra Nevada mountains and Lake Tahoe to escape the summer heat. Also Nevada has no state income tax. Lots of plusses, although the winters get pretty cold.

Since we reached our seven day limit at Washoe Lake SP, yesterday we moved east along Nevada Hwy 50 working our way to Great Basin National Park. Hector and Brenda posted a great write-up and photos from their drive a few weeks ago but if anyone has ideas of places to stay or things we shouldn’t miss along the Loneliest Road, please leave a comment.
Posted by Jim and Gayle at 7:46 AM