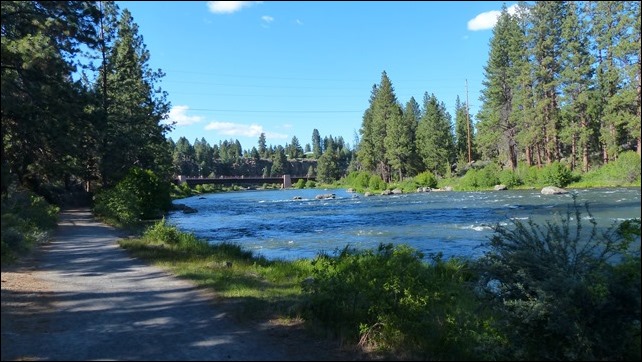 We spent 5 weeks in Bend, Oregon during the summer of 2014 and liked it so much we even looked at a condo, so we have been looking forward to coming back to see what we think a second time around.

We’ve been here since Thursday and have been busy taking care of things, like replacing the microwave oven that quit working last week. The original was a Dometic model, which of course was discontinued in 2014 and the replacement model is not the right size. So we just took out the old one, measured the opening, and went shopping. Home Depot, Lowe’s and Best Buy are just a couple miles from where we’re parked, so we hit them all and found only one that would fit the opening, a $79 Magic Chef. Jim had to drill holes in the top of it to attach the trim piece, but was unable to screw in the bottom trim so we just screwed it into the wood and hope the top piece will be enough to keep it from sliding out when we’re driving. At least it didn’t involve any cabinet modification.

Our parking spot is on our friend Marial’s property and the pasture had not been mowed this year, so she cleared a spot for the Lazy Daze and Jim took care of the rest. Didn’t think I would ever see Jim do yard work again! It was not his favorite part of home ownership. 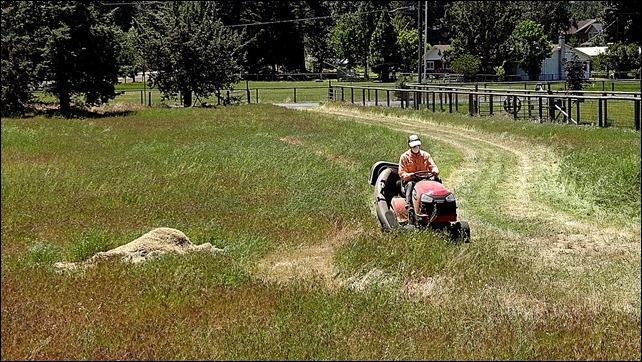 Marial has a friend who is a Beer Angel (a group of women who combine their love of beer with charity fundraising), and she recommended we try Bridge 99 Brewery, which just opened last year. We loved the Imperial Pioneer Porter, Bull Trout Stout, and whiskey barrel-aged Imperial IPA, so I’m sure we’ll be back.

We also took a walk along the Deschutes River from Farewell Bend Park. Such a pretty river, and on Saturday evening there were plenty of people out walking, biking and floating on the river. 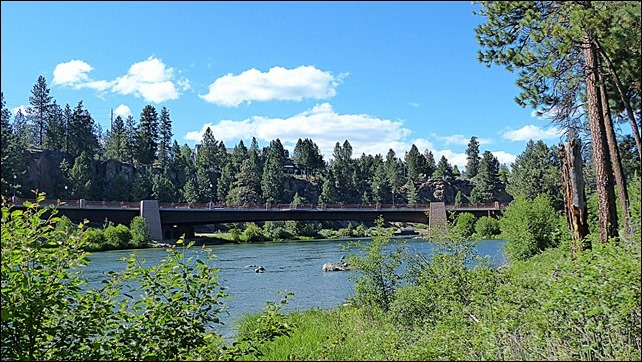 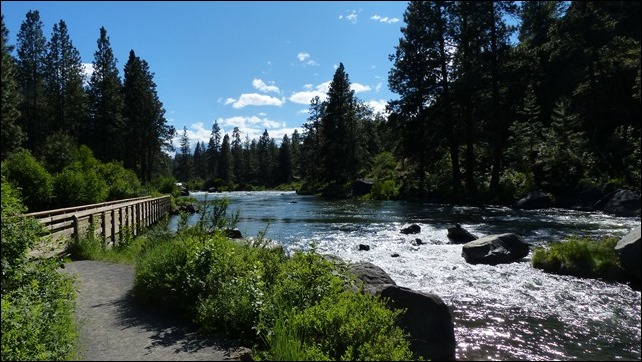 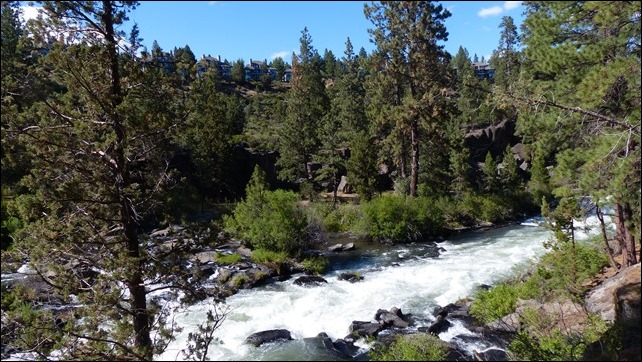 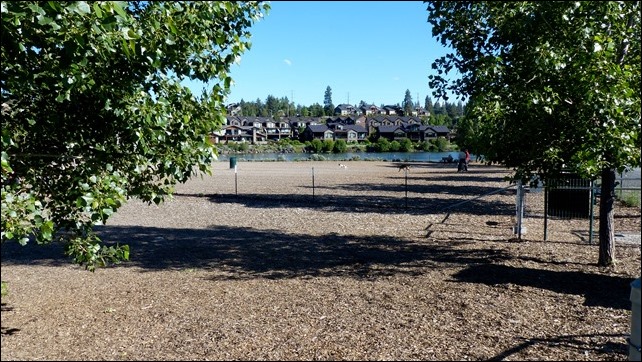 Yesterday we took a bike ride along another section of the Deschutes River trail that we can access less than a mile from here, and this morning we plan to check out the pickleball courts and see if we can get in on a few games. I think our three weeks here are going to pass very quickly.