Although Oregon is a state full of natural beauty, it is home to only one national park, Crater Lake. With a maximum depth of 1,941’, it is the deepest lake in the United States, and the clearest due to the fact that it has no inlets or tributaries but gets its water strictly from rain and snow melt. Its depth and clarity contribute to the deep blue color of the water. It was formed by the eruption of Mt. Mazama over 7,000 years ago, which collapsed on itself and left a caldera that eventually filled with rain and snow and formed Crater Lake. 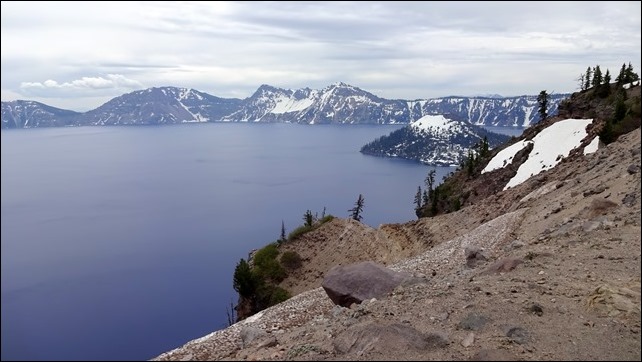 When we visited previously in mid July of 2009 we were able to hike some trails and drive around the lake. This time in early June none of the trails are open yet and the West Rim Drive is the only part of the rim road open to cars due to snow. After our hot week in Ashland it was hard to believe there could still be that much snow at 7-8,000’, but they weren’t kidding. 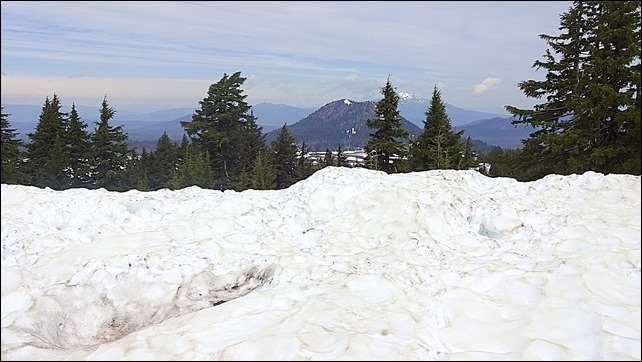 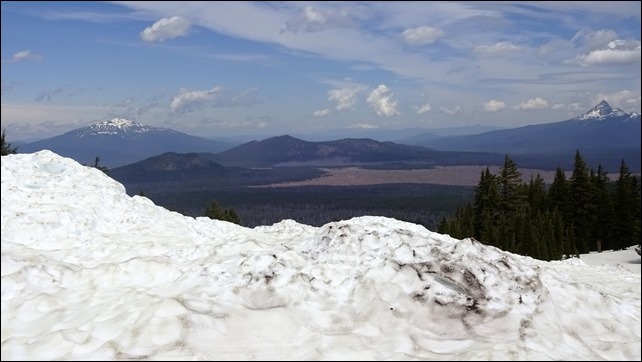 The only choice for a “hike” was a five mile portion of the East Rim Drive that is open for foot and bicycle traffic. We met Jeanne at the nearby parking area and headed off. We missed her dog Riley joining us, as the sweet boy died from his seizure disorder a couple weeks ago. Very sad. 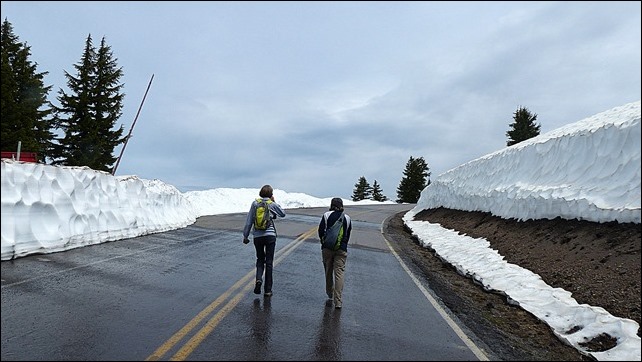 We walked 2.7 miles to the first overlook where we began to see some blue sky. It was in the upper 40s and breezy. No complaining about the heat here, and no mosquitoes. 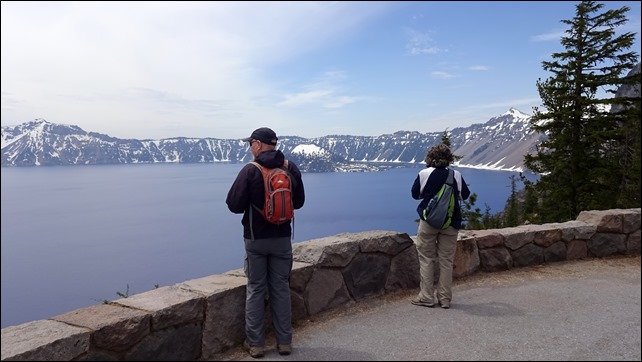 This cute little golden mantle ground squirrel was working the overlook, begging from everyone who came by, even though nobody was eating. 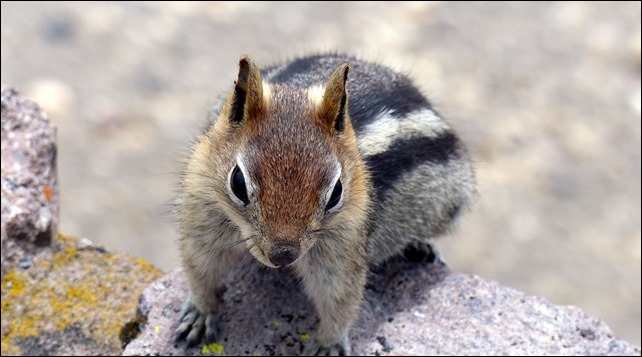 You can see the line of pine pollen in the water. 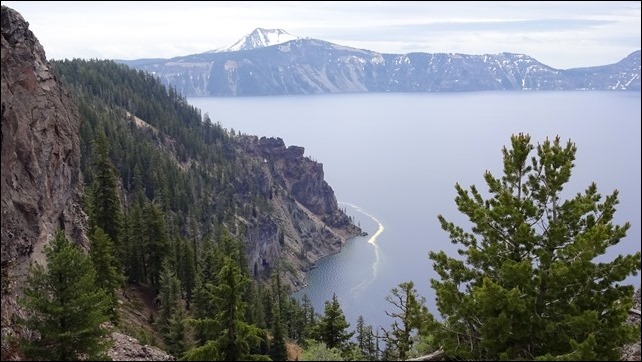 With the sun starting to come out we decided to turn back at that point so we could drive down West Rim Road to Rim Village. 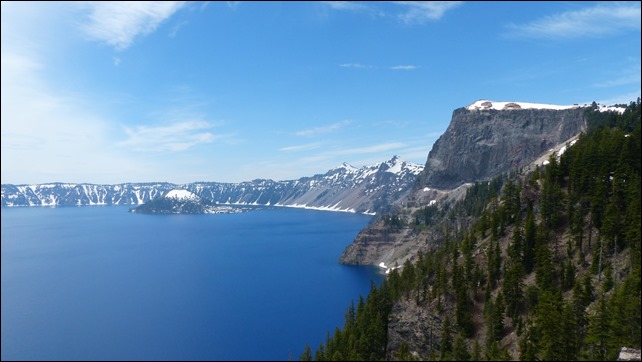 By the time we got there and wandered around the gift shop in the village the sky had cleared considerably and the lake was just gorgeous. 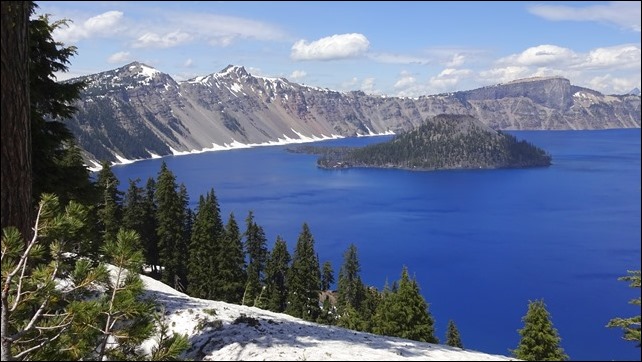 The small rustic rim visitor center is hidden in the trees and snow. We had to trudge through quite a bit of it to get there. 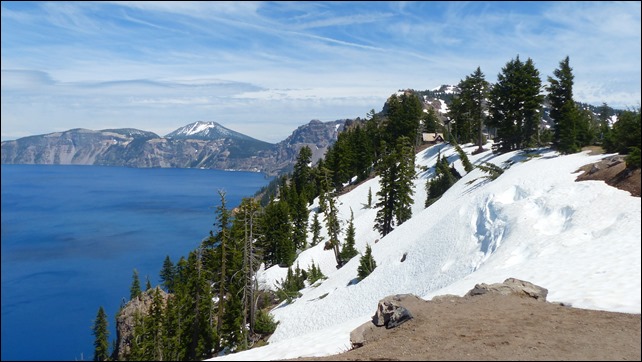 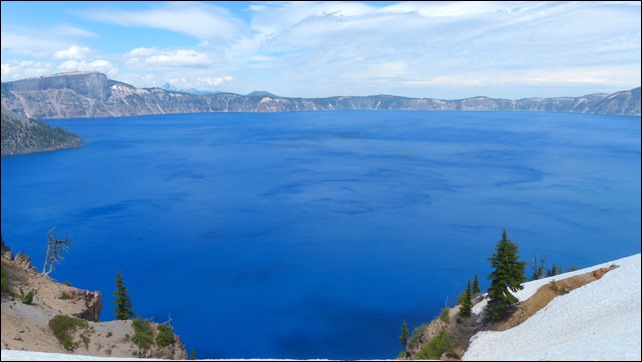 This Clark’s nutcracker was giving us a hard time. Don’t know if he was begging, too, or just warning us off. 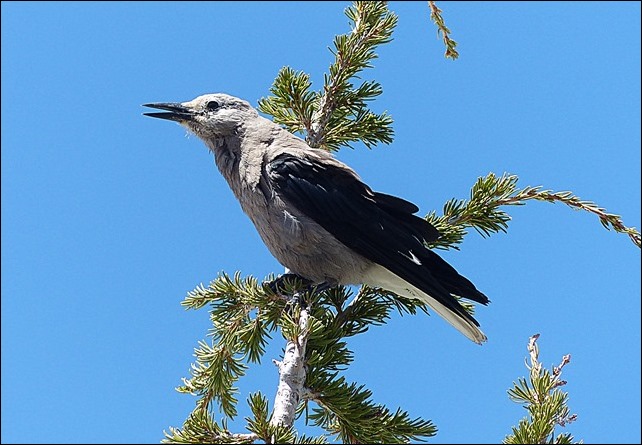 On the way back to Diamond Lake we stopped at every overlook along the West Rim. 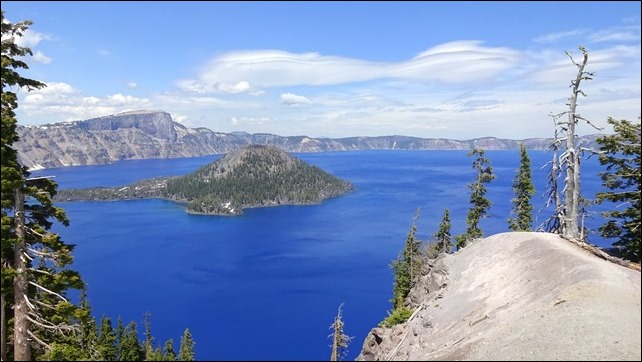 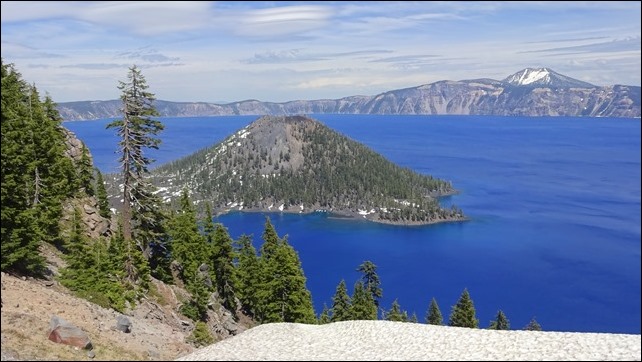 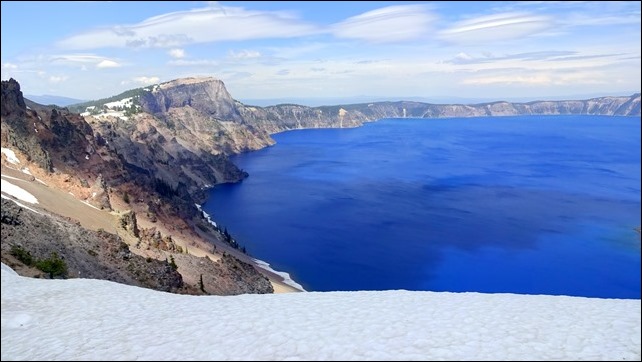 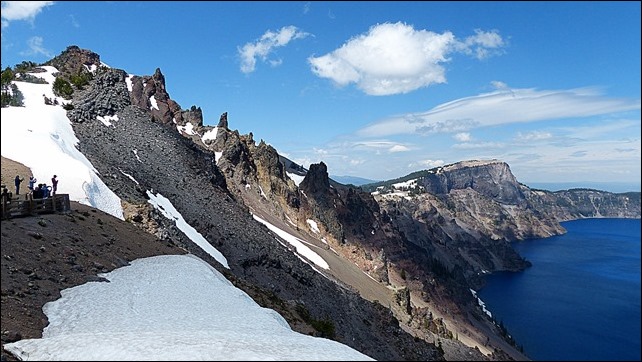 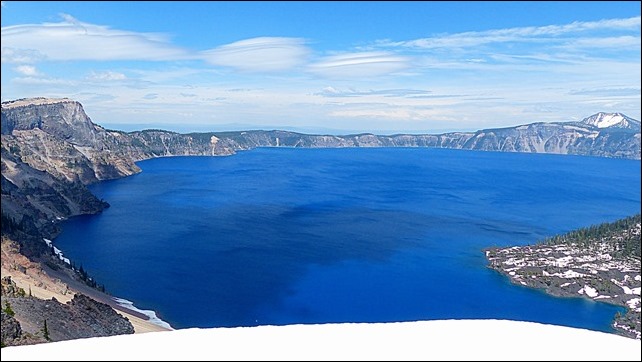 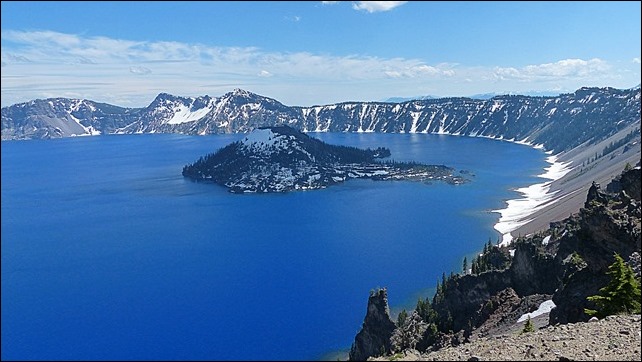 We even got to see some UFO-like lenticular clouds. 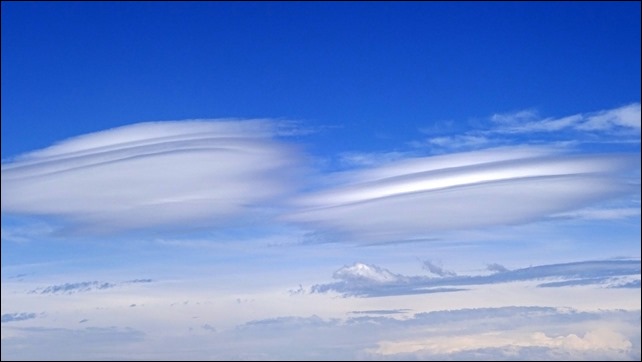 Crater Lake is definitely worth a visit. With its deep cobalt blue water it is truly the prettiest lake we’ve ever seen. If we come back it will be in the late summer to do some hiking on the 100 miles of trails after the snow has melted.