Downtown Denver and the Rest of the Week

We decided it would be much less stressful to take the light rail to Denver, the nearest station being Federal Center, about 5 miles north of Bear Creek Lake Park. After parking in the free lot, we purchased our tickets from a machine, and a few minutes later the train arrived. 25 minutes later we got off at the end of the W line, Union Station. There is a ton of construction taking place so I couldn’t get a good shot of the outside of Union Station, but this is inside. It’ mostly a collection of restaurants, bars, shops, with nice seating areas. From there we headed in the direction of the Capitol, walking through Larimer Square, where there are more shops, restaurants, and bars. 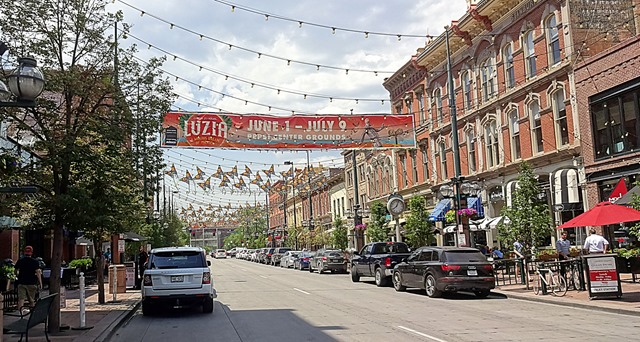 Then we made our way down 16th Street and the 16th Street Pedestrian Mall. You guessed it, more shops, restaurants, and bars. 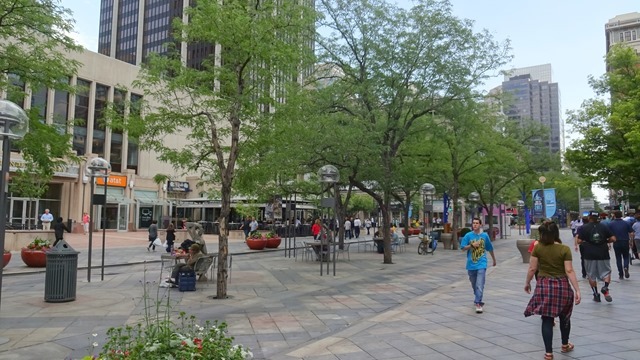 We had worked up an appetite from all the walking so decided to stop for lunch at Rialto Cafe, where we sat outside and listened to the live music. The performer playing guitar was behind the planter but we could hear him well. My dapper dining partner was deep in thought reading something on his phone. 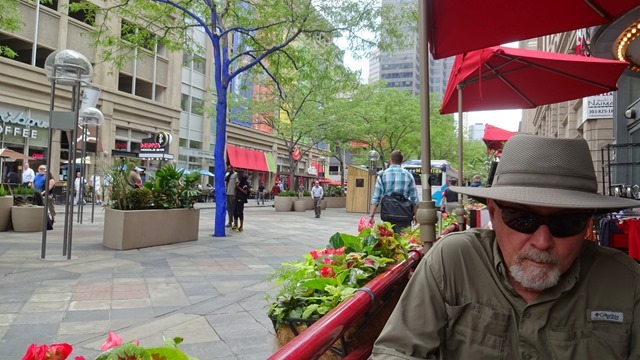 We finally made it to the Capitol building, a few minutes before the start of the next tour, which take place every half hour. More construction. 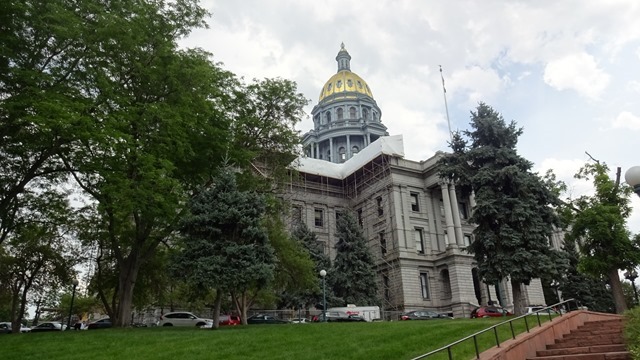 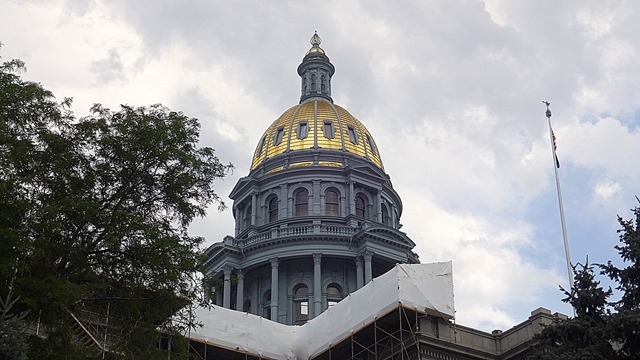 The tour guide was a nice young woman, but she had a very high pitched voice and spoke so fast we missed most of what she was telling us. 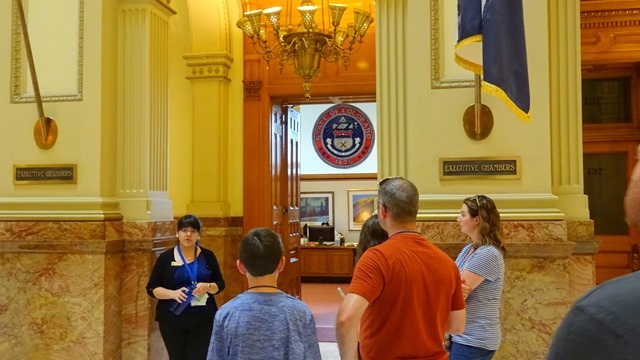 As are most state capitol buildings, it is very ornate. 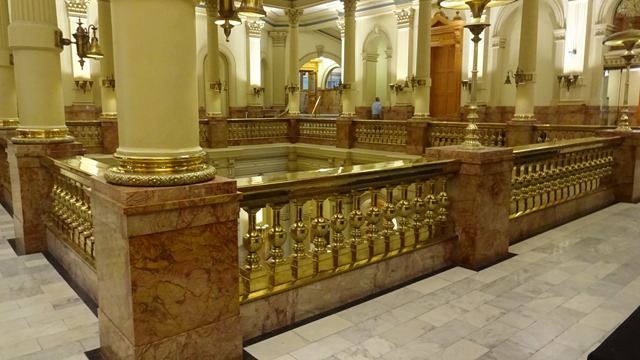 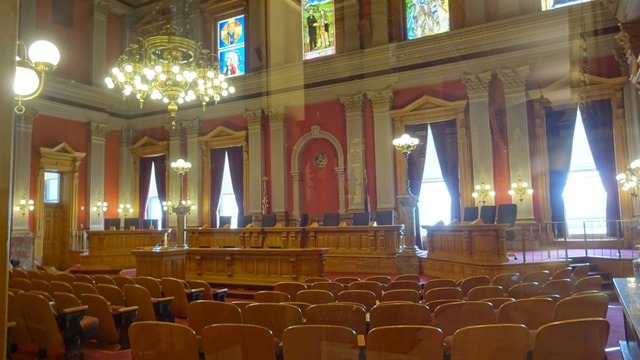 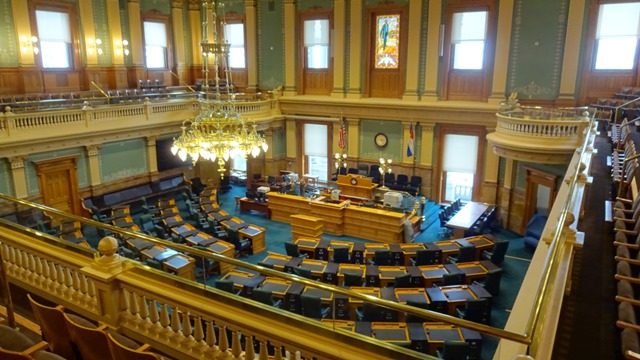 There are portraits of all the presidents on the third floor. You can see the open space next to President Obama where our current president’s portrait will end up one of these days. 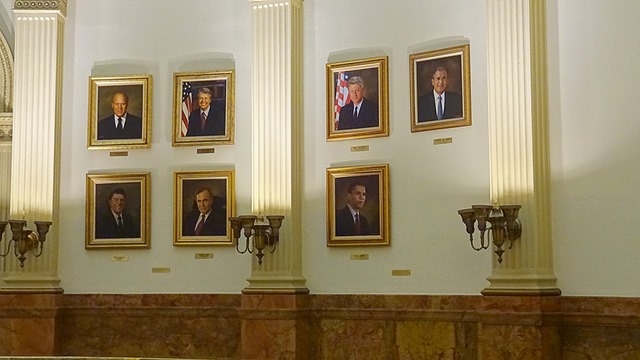 I wanted to do the tour because it’s the only way you can go up into the dome, 99 steps up from the third floor. 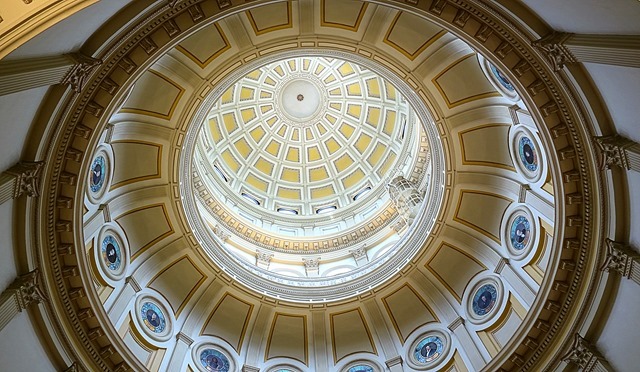 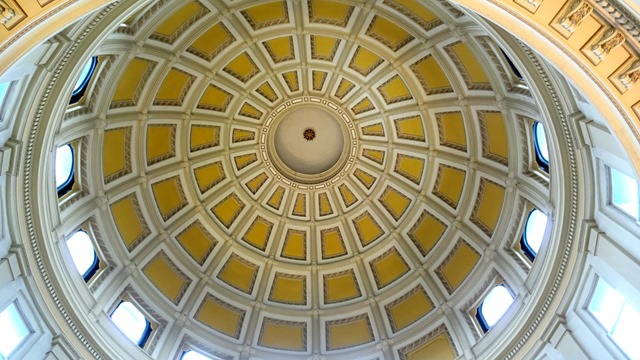 Visitor’s are not allowed up the last spiral staircase, which gives workers access to the exterior of the gold dome. 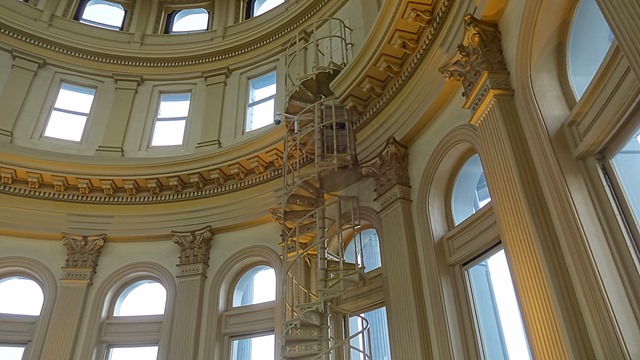 But we did get to go outside on the observation deck, where we had great views of the city. 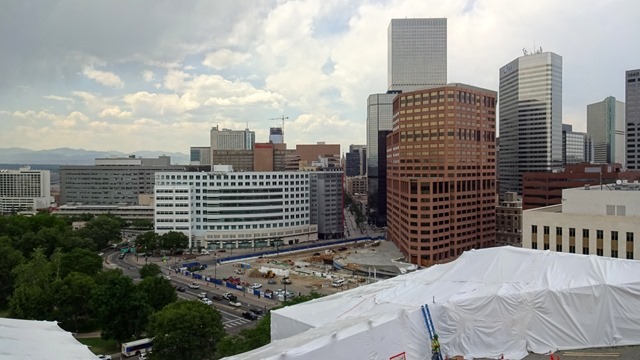 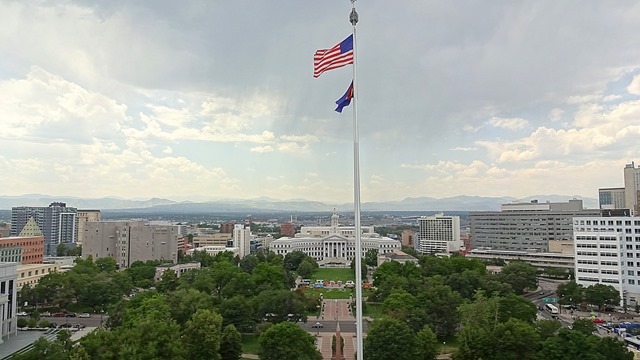 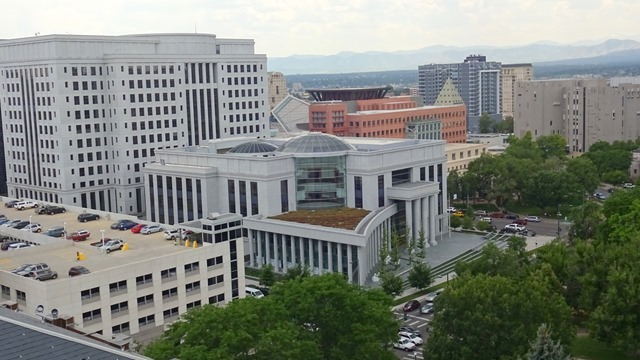 After walking back to Union Station, we continued on another half mile through Confluence Park and across the South Platte River to the REI flagship store. The 90,000 square-foot building was constructed in 1901 to house boilers and engines used to generate electricity for the Denver Tramway Co. rail system. In 1969, the Forney Museum opened in the building. REI bought it in 1998. The museum is now at another location.

More construction along the riverfront. 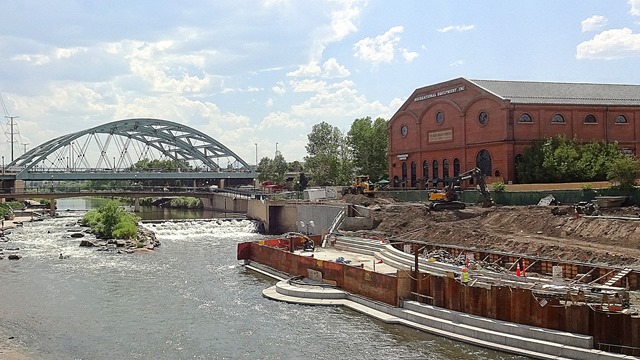 A look back to downtown and a skyline full of cranes. 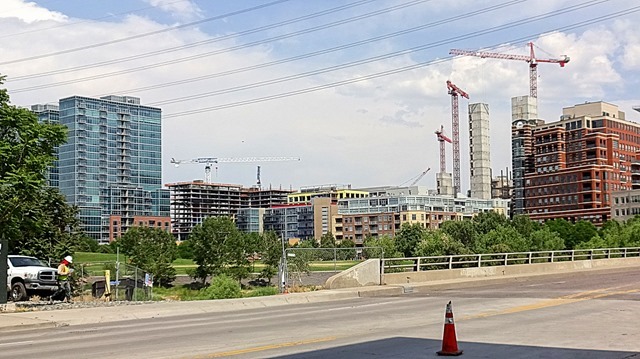 After miles of walking around town, it felt like another mile to get to the women’s and shoe department in REI, where I bought nothing. The store is incredibly large and laid out very oddly. Jim waited for me in Starbucks, conveniently attached to the store. From there we made our way back to Union Station and hopped the train back to car. It was nice to let someone else do the rush hour driving out of town.

The rest of our week was full of bike rides, shoe shopping, bike shopping (Jim test rode a recumbent, which he would like to have again), and socializing. We had to move from the group area on Thursday and managed to get a cancellation for our last two nights. On Wednesday we had a long, pleasant lunch with the moderator of the Lazy Daze forum, Chris, who lives in nearby Arvada. We had met him and his wife many years ago in AZ so we had lots of catching up to do.

Today we’re moving to friends Casey and Erin’s driveway in Littleton to wait out the holiday. They came over Thursday night for a visit, bringing some really good beer. I have a feeling we’ll be doing lots of tasting over the next few days. 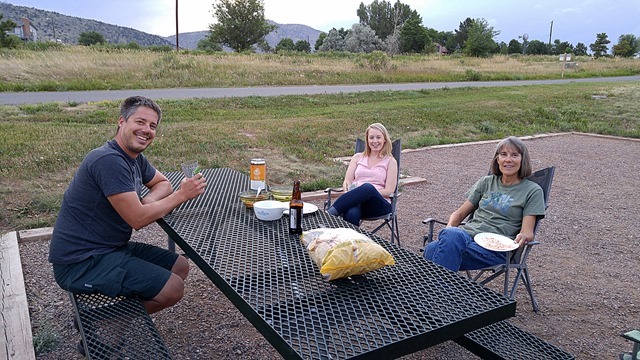