A Short Visit to the Coast: Morro Bay, CA 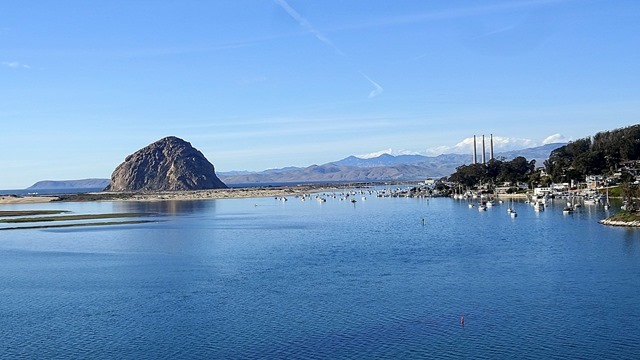 Last week we made our way to Morro Bay State Park for a gathering of 45 Lazy Daze owners. It’s 350 miles from Jojoba Hills, although about 50 miles shorter had we not skirted north of LA to get there, but we wanted to avoid as much traffic as possible. We drove 150 miles the first day, spending the night at the Antelope Valley Fairgrounds in Lancaster, CA. It’s just a basic parking lot but at $25 for a full hookup back-in site it is reasonable, or $30 for a pull-through. 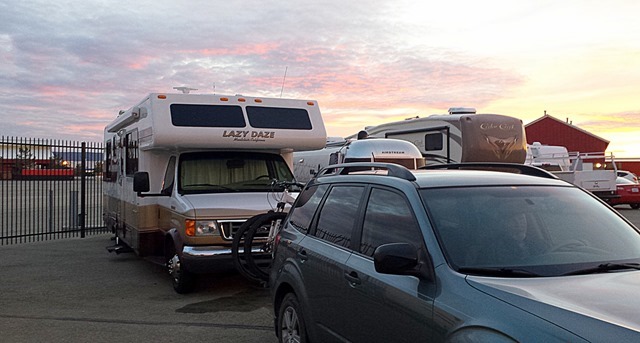 After a long walk around the perimeter of the fairgrounds we went to check out nearby Bravery Brewing Company. 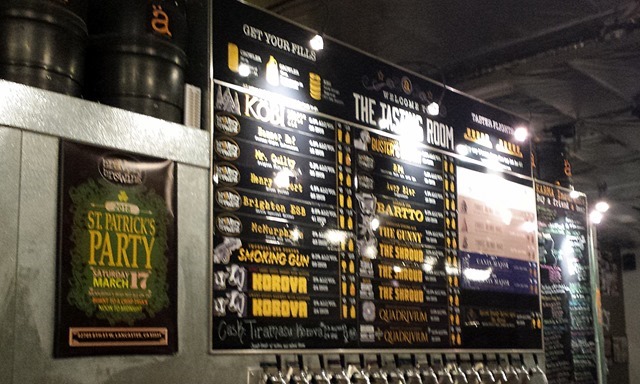 We highly recommend The Shroud, an imperial stout. They had 3 types, regular, one aged in brandy barrels, and another aged in tequila barrels. They were all very tasty! The Quadrivium Belgian ale was also excellent. And it’s a comfortable dog and kid-friendly warehouse atmosphere that doesn’t serve food but allows you to bring in your own. We stopped and picked up dinner at Chipotle on the way there. We enjoyed it so much that we took the same route back to Jojoba Hills and stopped for the night again in Lancaster so we could visit the brewery once more. 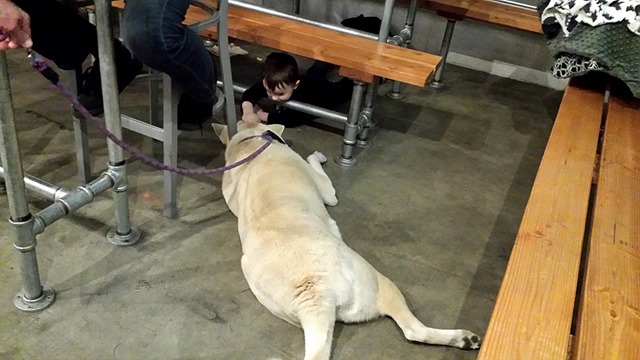 From Lancaster we were able to take mostly backroads to Morro Bay, only having to travel on I-5 for 15 truck-filled miles on what is called The Grapevine. Not something we want to do on a regular basis! It was a clear day when we arrived, so we went for a walk along the bay and then I joined the ladies only happy hour while Jim went over to visit (and drink scotch) with friend Tom from Fort Bragg. There is a nice boardwalk trail along the water just across from the campground. 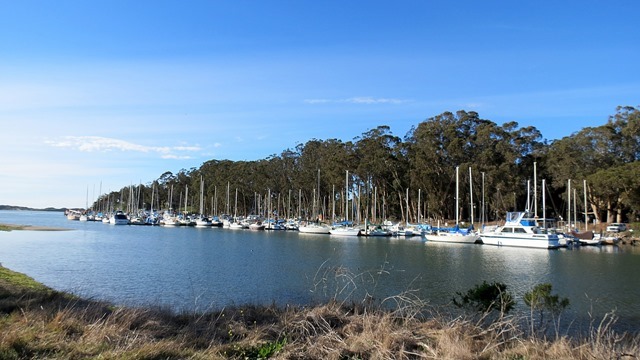 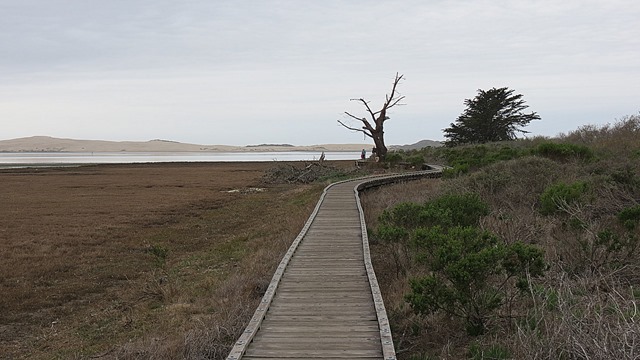 The sites are close together but since most of our neighbors were other Lazy Dazes, it wasn’t so bad. 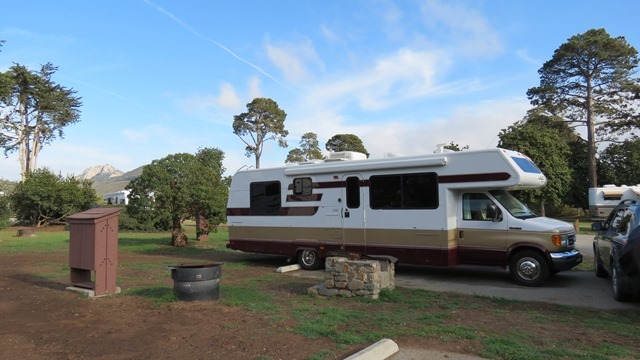 I didn’t take many photos from the get together but this is one of the tech talks where we discussed any issues, questions or problems people were having with their Lazy Daze. Larry Wade, who knows all things Lazy Daze, is in the blue jacket on the left. He is the organizer of this get together, along with his wife Renee. Check out the cat, Smokey, whom I sat next to and gave lots of attention, whether he wanted it or not. 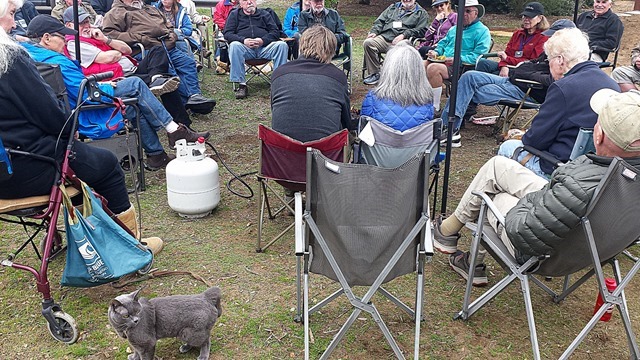 One of the women in the group trains seeing eye dogs, so we got to meet this beautiful eight month old puppy, who was extremely well behaved. 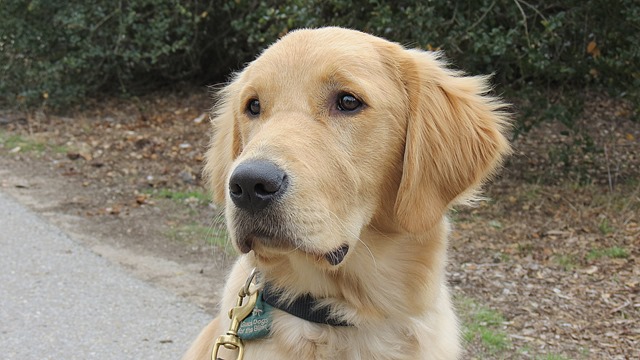 The weather was a mixed bag, being nice on our arrival day, to having one entire day of fog, and another with rain from early afternoon on through the evening. In the rain we drove to San Luis Obispo to use the YMCA, eat a delicious vegan lunch at Bliss Cafe, and pick up a few things at Trader Joe’s.

Although miserably damp, cold, and windy, we went for a walk in the fog, with Jim only making it about a half mile before he decided to head back to shelter. I continued along the Embarcadero’s quaint but touristy waterfront where I could not even see Morro Rock. 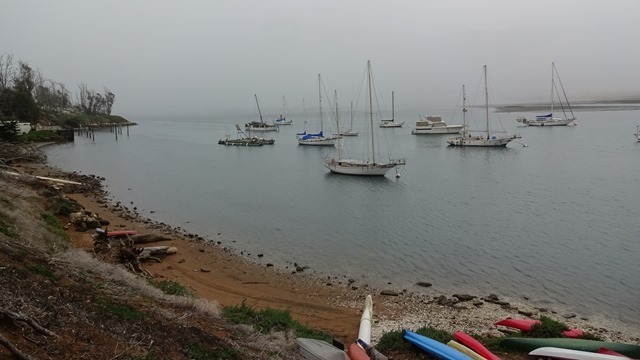 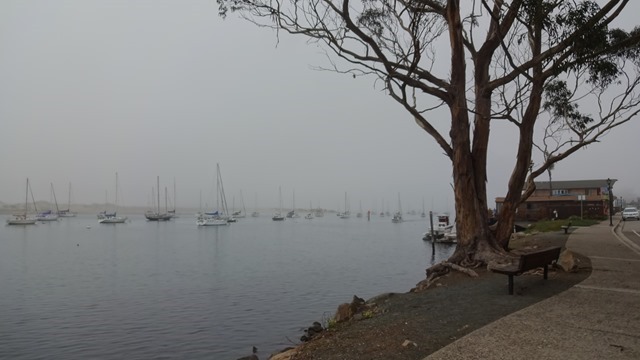 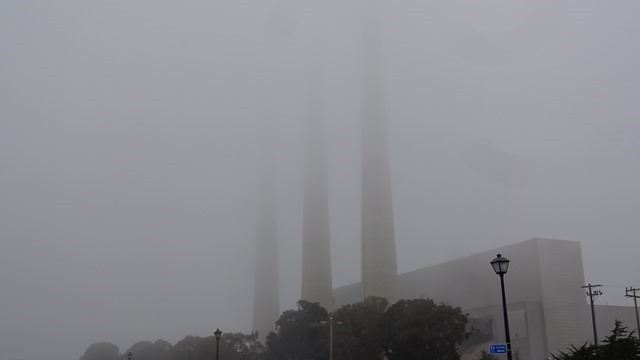 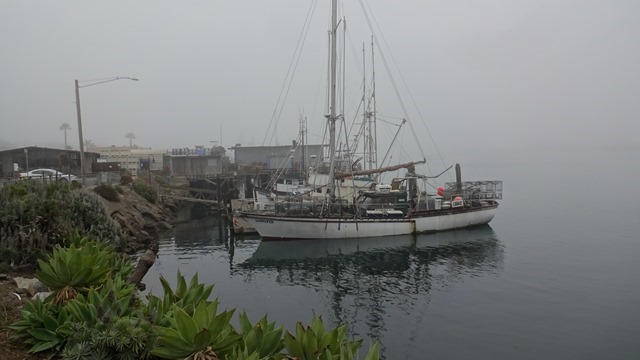 The rock finally made a brief appearance. 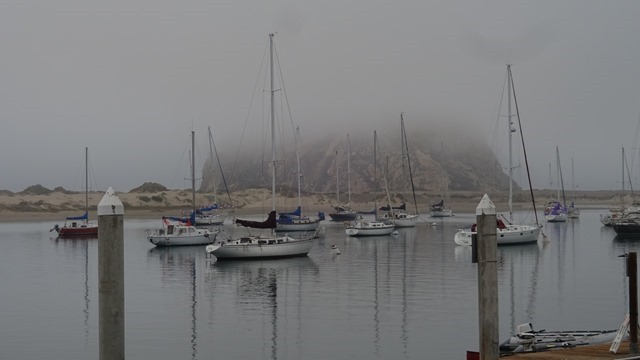 Our last day turned out to be gorgeous, so we went for a 13 mile bike ride along the Embarcadero to Morro Strand State Beach. 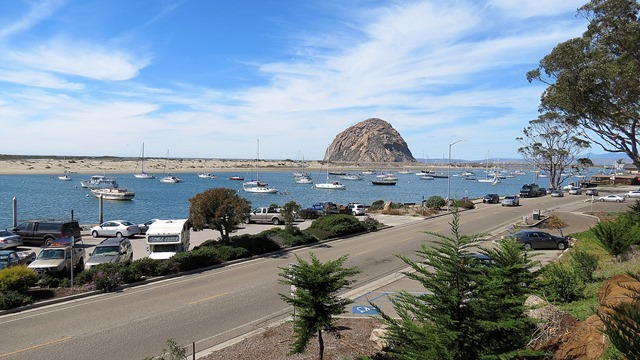 Morro Rock is a 581’ high mountain of volcanic rock. 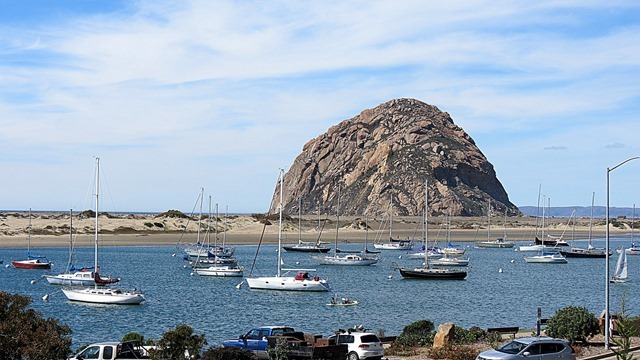 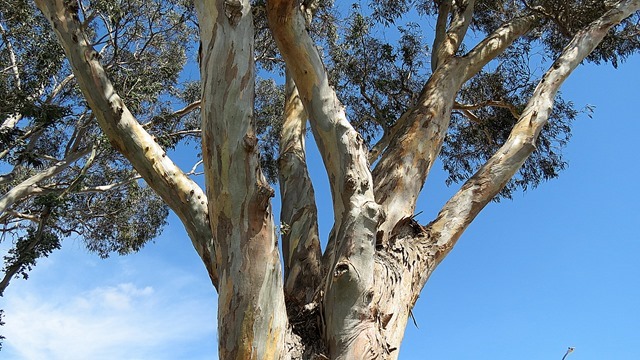 The stacks of the now defunct power plant a half mile from Morro Rock are an iconic part of the landscape. 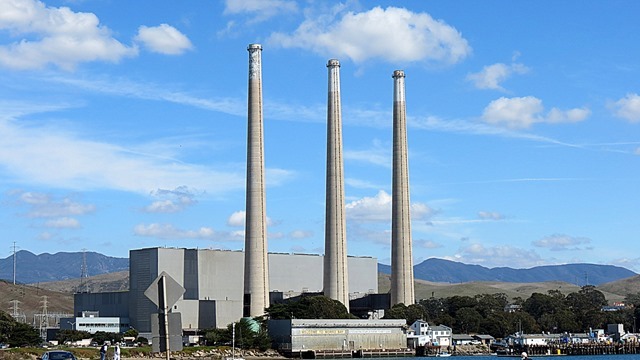 We got to see and hear some sea lions on a pier and a few in the water. 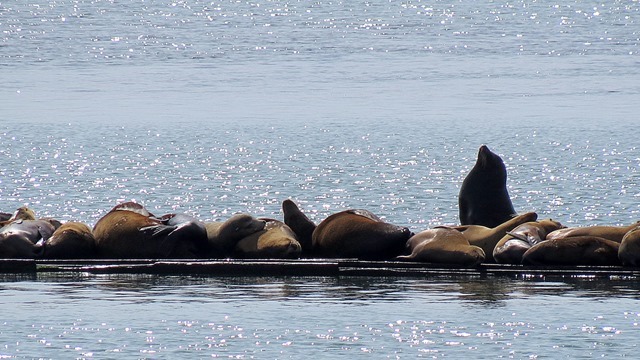 Not a great photo, but this guy rolled around clapping his flippers and then eating what looked to be a clam. 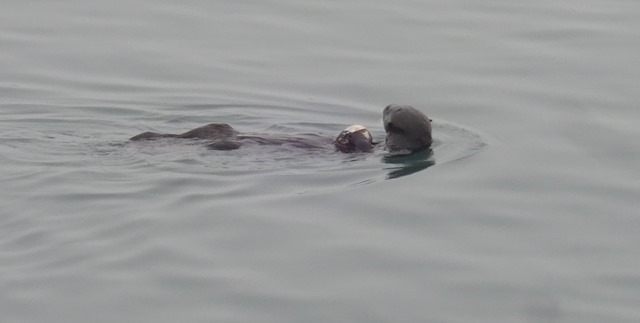 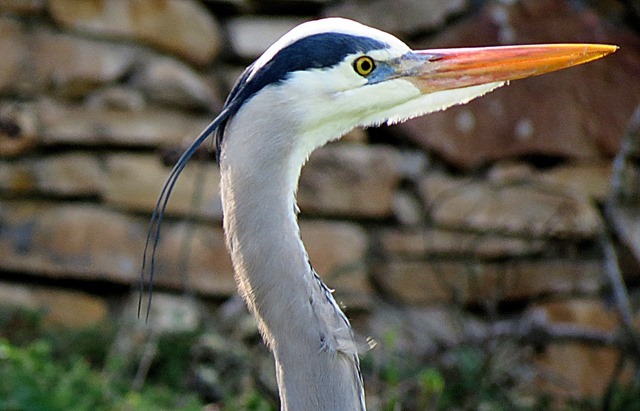 The other side of Morro Rock from the bike trail. 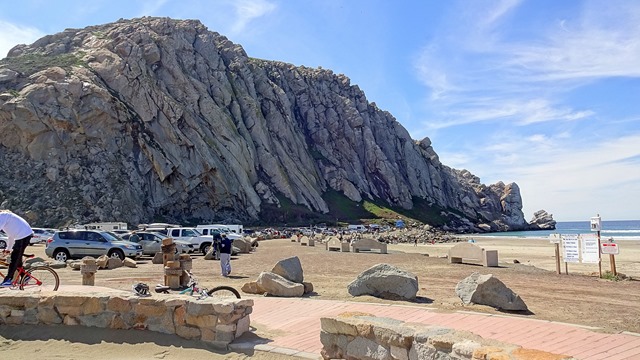 And the beach and Pacific Ocean. 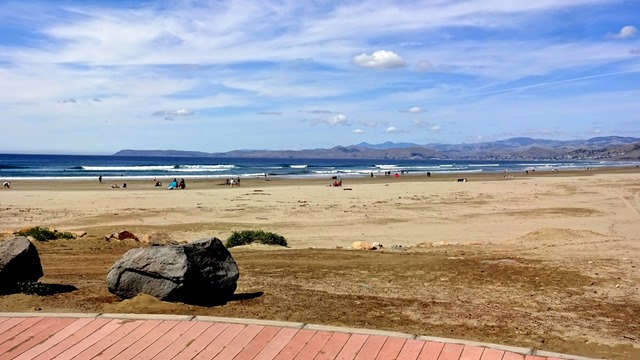 The lovely view from our last group happy hour/pot luck. 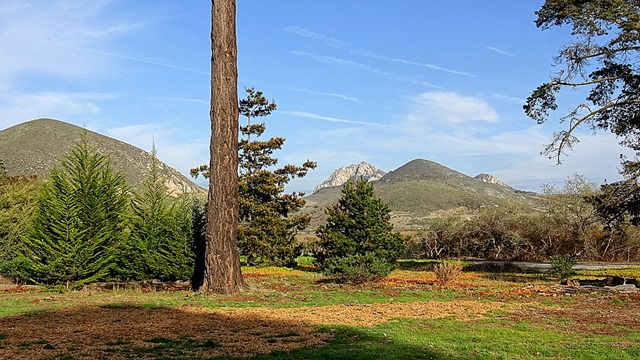 The gathering was a fun time and we got to talk with quite a few people we’ve met in the past but hadn’t seen in awhile, and also added some new names to our Lazy Daze list of friends. To those of you we met for the first time who read the blog, thanks for following along. Hope to see you down the road!