A Visit to Oregon Garden and the State Capitol 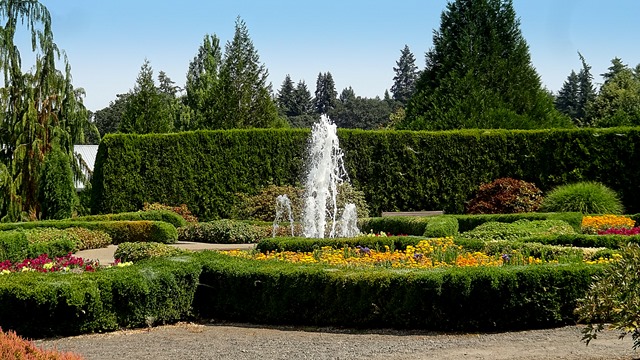 Silverton’s nickname is “Oregon’s Garden City,” so we had to visit Oregon Garden, an 80-acre botanical garden that features over 20 specialty gardens and 5 miles of walking paths. Jim debated on whether or not to join me since there is a $10 admission fee, but decided to tag along and was glad he did. 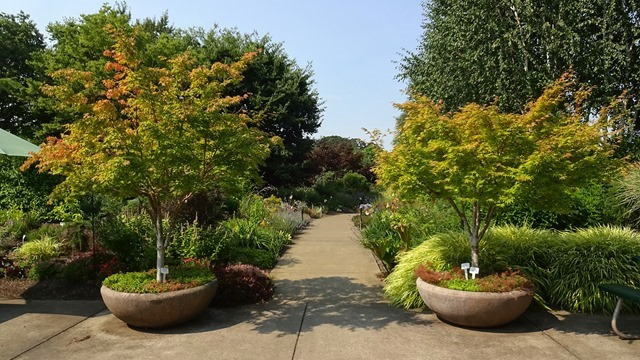 The current exhibit, Art in the Garden, showcases several local artists whose work is scattered about. There were some interesting pieces. 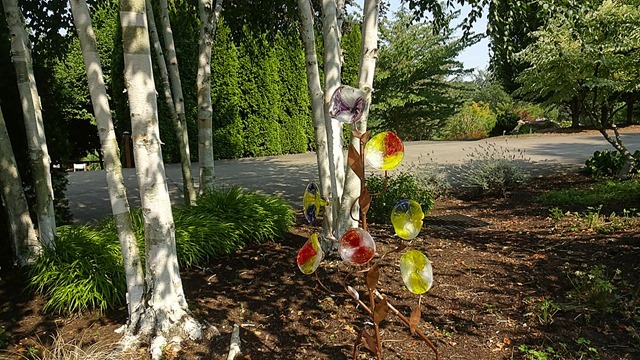 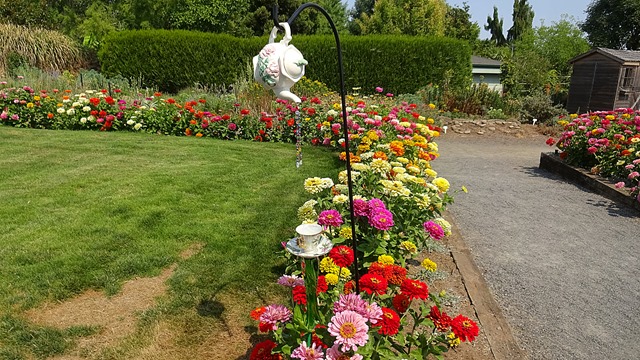 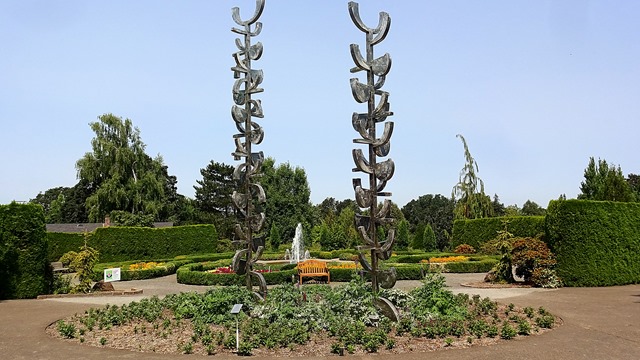 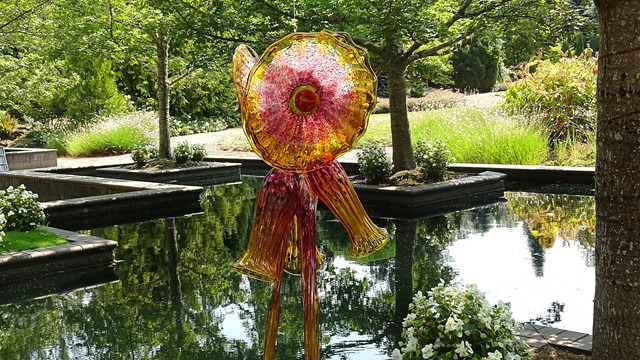 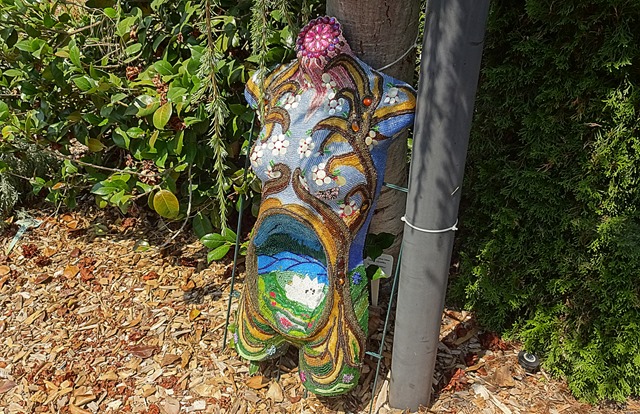 We spent two and a half hours wandering the trails, taking photos, and just enjoying the peacefulness. On Monday morning there were few others there. 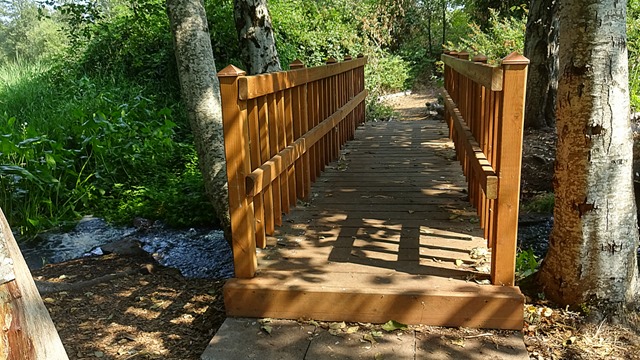 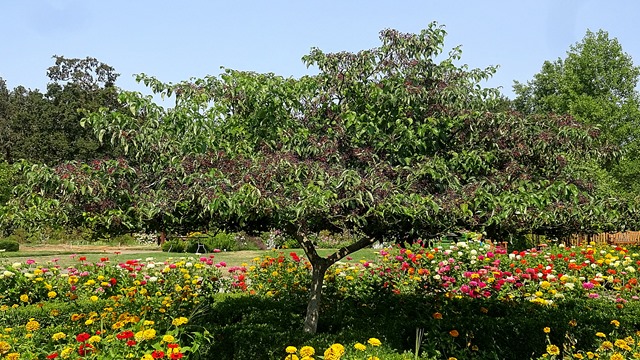 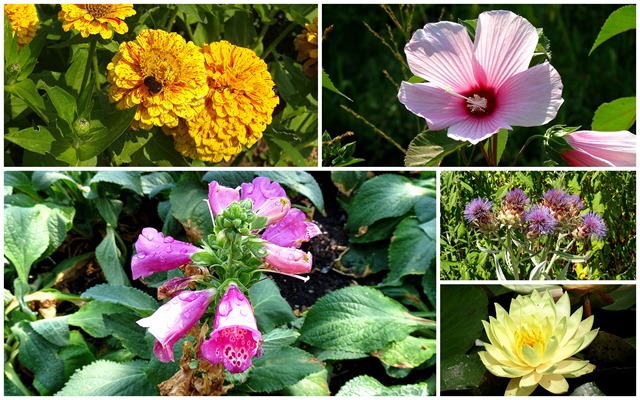 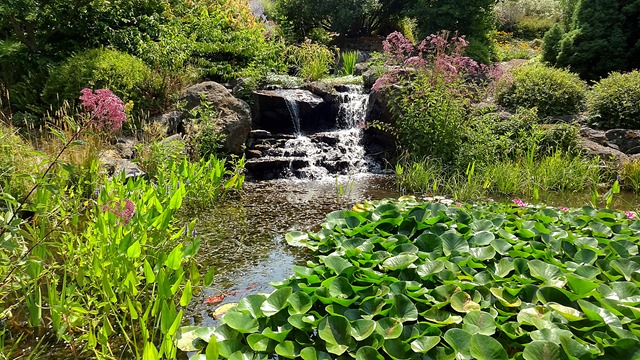 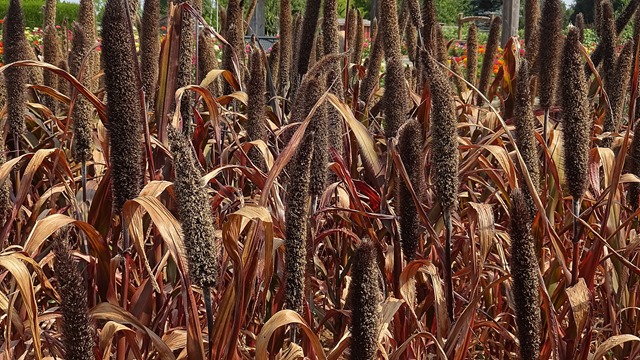 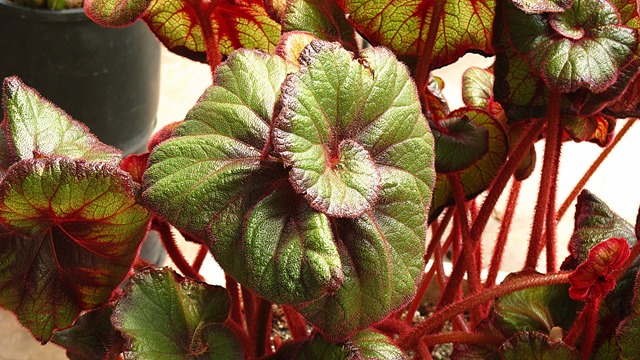 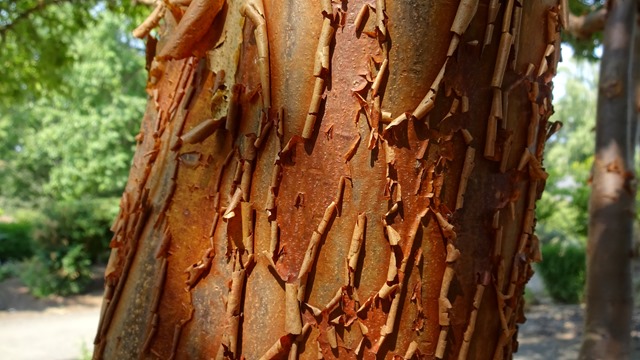 The conifer garden was really fascinating, with some one-of-a-kind evergreens collected from around the world. 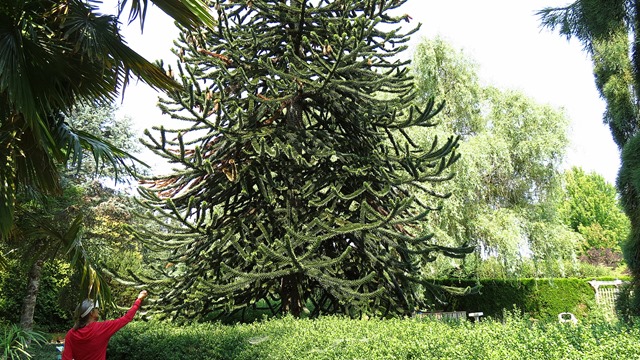 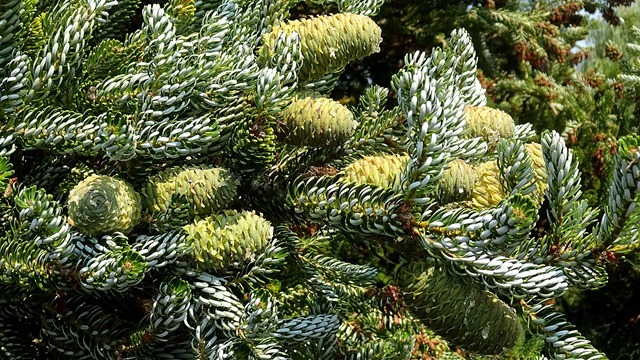 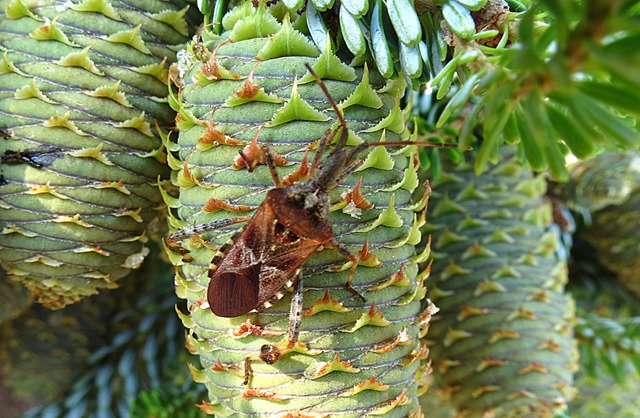 On Tuesday morning we went to Salem to take a tour of the State Capitol building, after breakfast at Panera and some shopping at Lowe’s and REI. The legislature is not in session so it was easy to get around town and find parking. 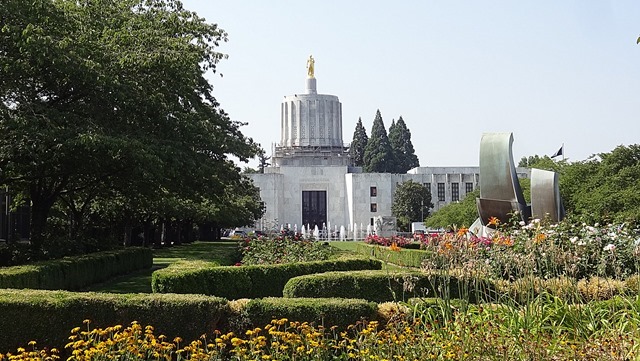 Seems like every capitol we visit has scaffolding on top of it. This one is a bit unusual since the rotunda is topped by a 22’ sculpture of the “Oregon Pioneer”, aka the Gold Man. 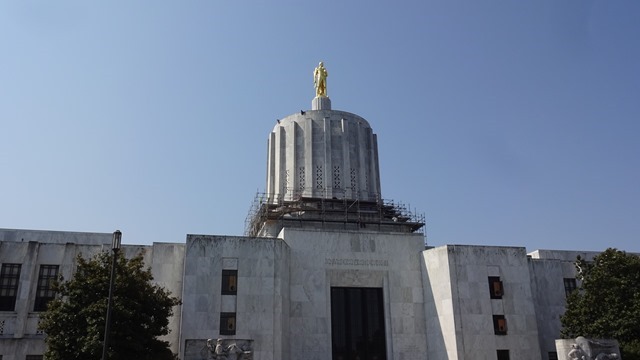 This is one of those laid back Capitols where you can just walk in without even having to pass through security.

Interior ceiling of the dome above the rotunda. 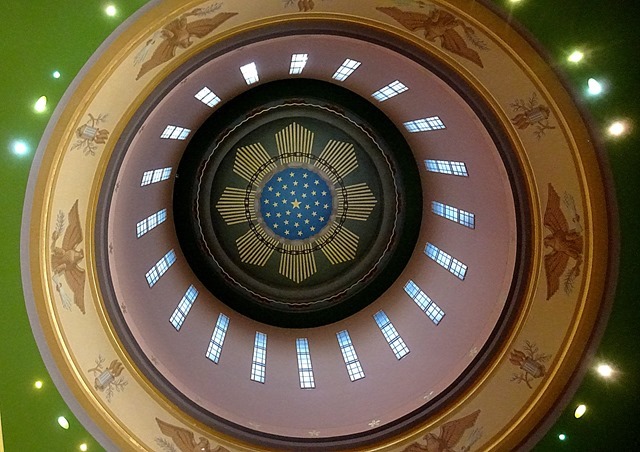 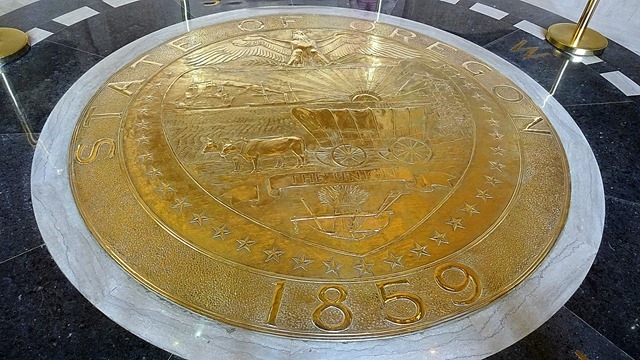 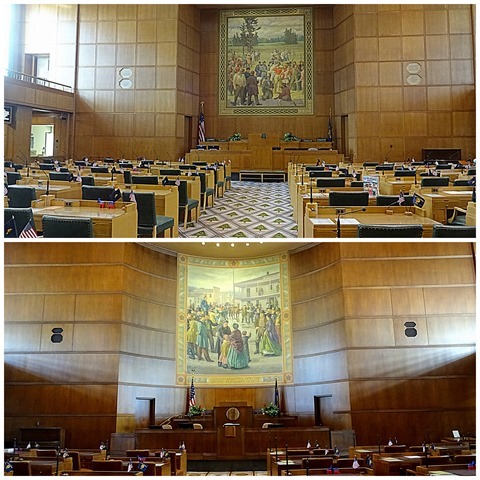 We arrived just in time for a guided Tower Tour, where we got to climb 121 spiral steps to the observation deck atop the Capitol and learn about the Oregon Pioneer statue. It’s a bronze sculpture with gold leaf finish representing the spirit of Oregon's early settlers. For anyone who’s interested, here is more information than you ever wanted to know.

Since part of the observation deck was roped off for construction we couldn’t get a front view of the man. 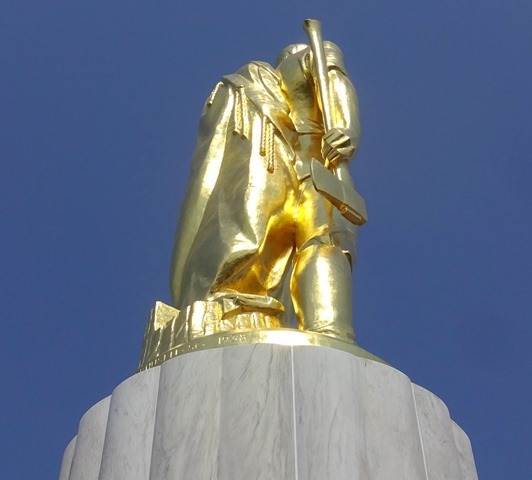 Here are the hazy views we had, thanks to all of the western fires. 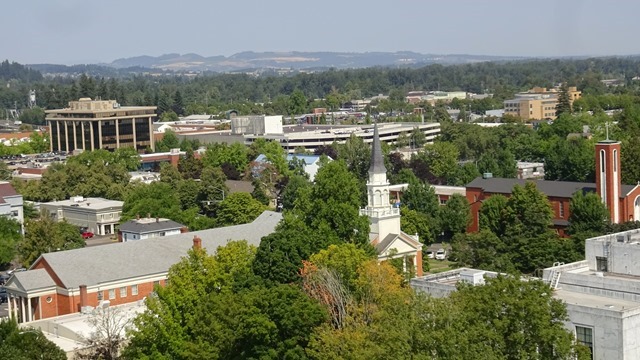 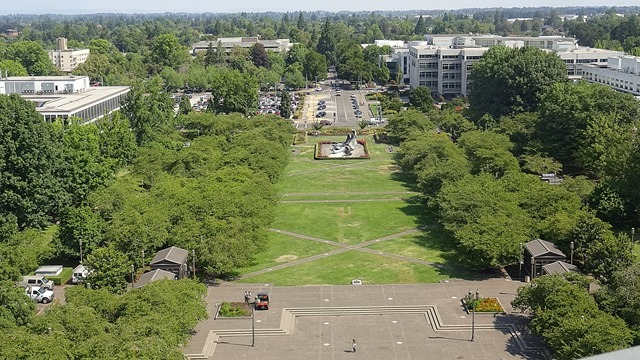 This is the campus of Willamette University, founded in 1842 and the oldest university west of the Mississippi. The tour guide pointed out the tall trees on the right and said if you look up from the middle of them you will see a star. 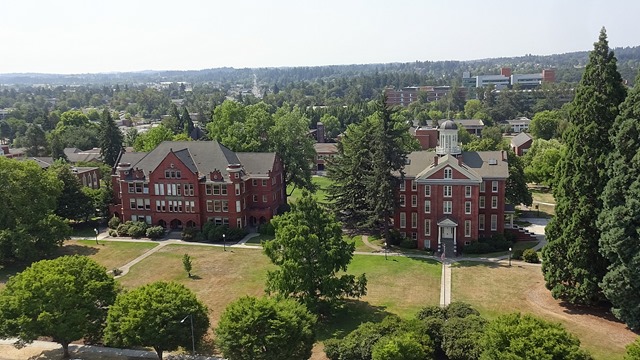 Naturally we had to walk around campus after the tour and see if she was right. Here is the star from below the five giant sequoias, each about 150’ tall. 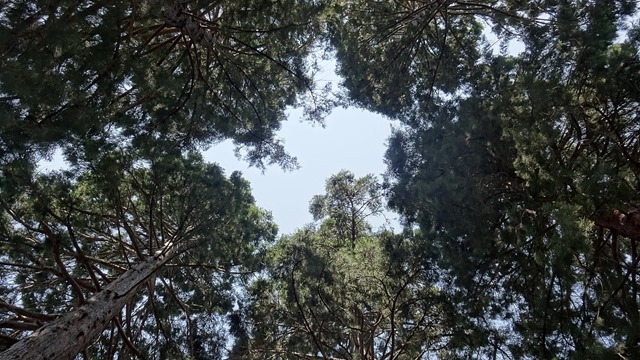 After our campus walk we continued on to the historic downtown where we found the typical shops and restaurants, and this mural on the rear wall of the Elsinore Theater paying tribute to Charlie Chaplin, Theda Bara, Marlene Dietrich, and W.C. Fields. We recognized the men but had to look up who the women were. 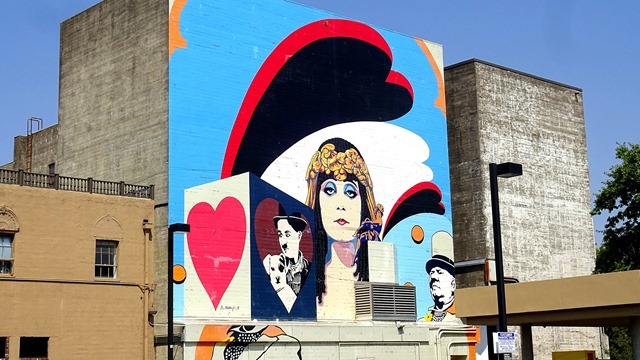 Although our decision to spend a week in Silverton was last minute planning, or lack thereof, it turned out to be a good choice and the time passed quickly with all there is to do in the area. I forgot to mention one more thing we missed because we were too cheap to pay the admission. Adjacent to Oregon Garden is The Gordon House, Oregon’s only Frank Lloyd Wright designed house. We just couldn’t justify $20 each for the tour, but it gets great reviews on Trip Advisor and I’m sure it would be an interesting tour for Frank Lloyd Wright fans.